Lemmings 2: The Tribes - Video Game From The Early 90's 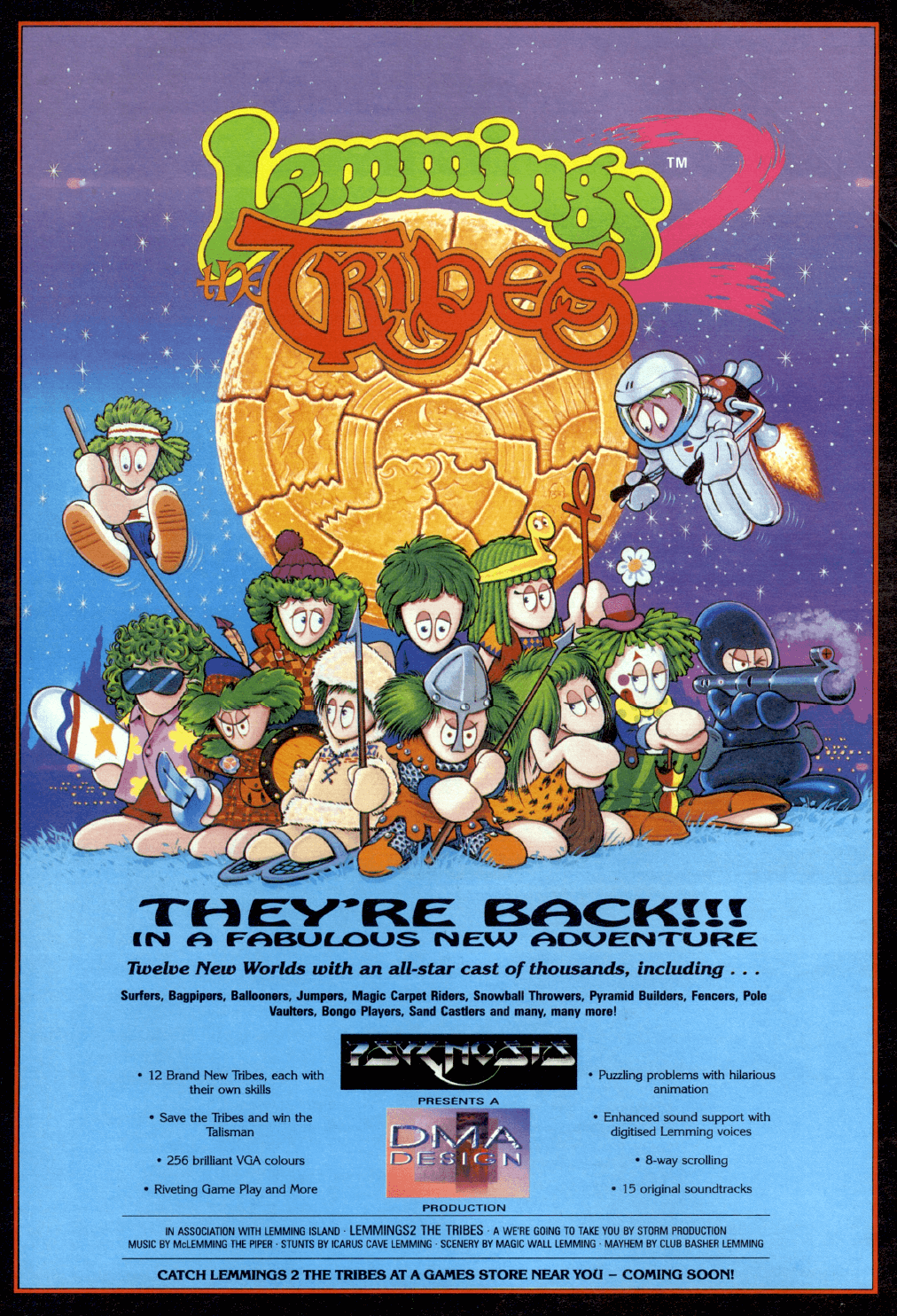 Description
The sequel to Lemmings, now has a plot describing how the Lemmings have split into 12 distinct tribes, each of which has their own landscape and their own cultural identity - they include Egyptian, Circus and Highland. However, Lemming Island is now in danger, and you must complete 10 levels for each tribe in order for them to reunite and reassemble the Talisman from the 12 pieces.

Across the 120 levels there are over 60 skills, although no more than 10 are in use on each screen. The Classic tribe has the ones from the original and is perhaps the best option for first-time players.

The others range from digging methods such as a scooper (diagonally downwards) and club basher (horizontal), building skills such as a planter (takes time to produce the desired raise to the landscape) and a sand pourer, and various methods of movement including a Pole-Vaulter and a Skater (the only Lemmings who can cross ice). Some of these are only subtly different to others, and their exact uses are unclear, but there are 4 Trainer levels where you can select any combination of skills and experiment.

Unlike the first game, the player is rewarded for saving as many Lemmings as possible, rather than simply passing or failing. The ultimate aim is to save all 60 Lemmings through all levels, thereby earning a Gold Medal for that tribe - Silver and Bronze are also on offer. The player can also go back over levels in the hope of saving more Lems.

Because there are 12 tribes, and the player can switch between them at any point, you have to be stuck 12 times in order to be unable to progress. The game saves progress rather than using passwords as in the first game.

Development
Mike Dailly, programmer at DMA Design, compared Lemmings 2 to its predecessor in 2015: "Lemmings 2 was a different beast, the tech was much more complex, but designed to make console versions much better. I think it had too many skills, but the underlying tech was great. I was given the SNES version to do, and it was one of the most complex games I’ve had to write. Some complex internals that had to run quick on a 3.5Mhz chip. Tricky stuff – but fun!"

Super Scope
It's not mentioned in the manual, but on the SNES version you can plug a Super Scope into port 2 and shoot the lemmings to blow them up.

Unreleased Master System and Game Gear versions
The game was ported to the Sega Master System and Game Gear by Matt Taylor. Due to the limitations of the 8-bit platforms 20% of the levels had to be redesigned. The port was completed in 1994, but because of the declining market for the 8-bit consoles Psygnosis decided not to release those. At least the code was reused for the GameBoy version

CD32
An Amiga CD32 version of the title was cancelled.

Follow-up/sequel
The next game in the Lemmings series after Lemmings 2 is All New World of Lemmings (1994), which continues the storyline with the Egyptian, Shadow and Classic tribes. 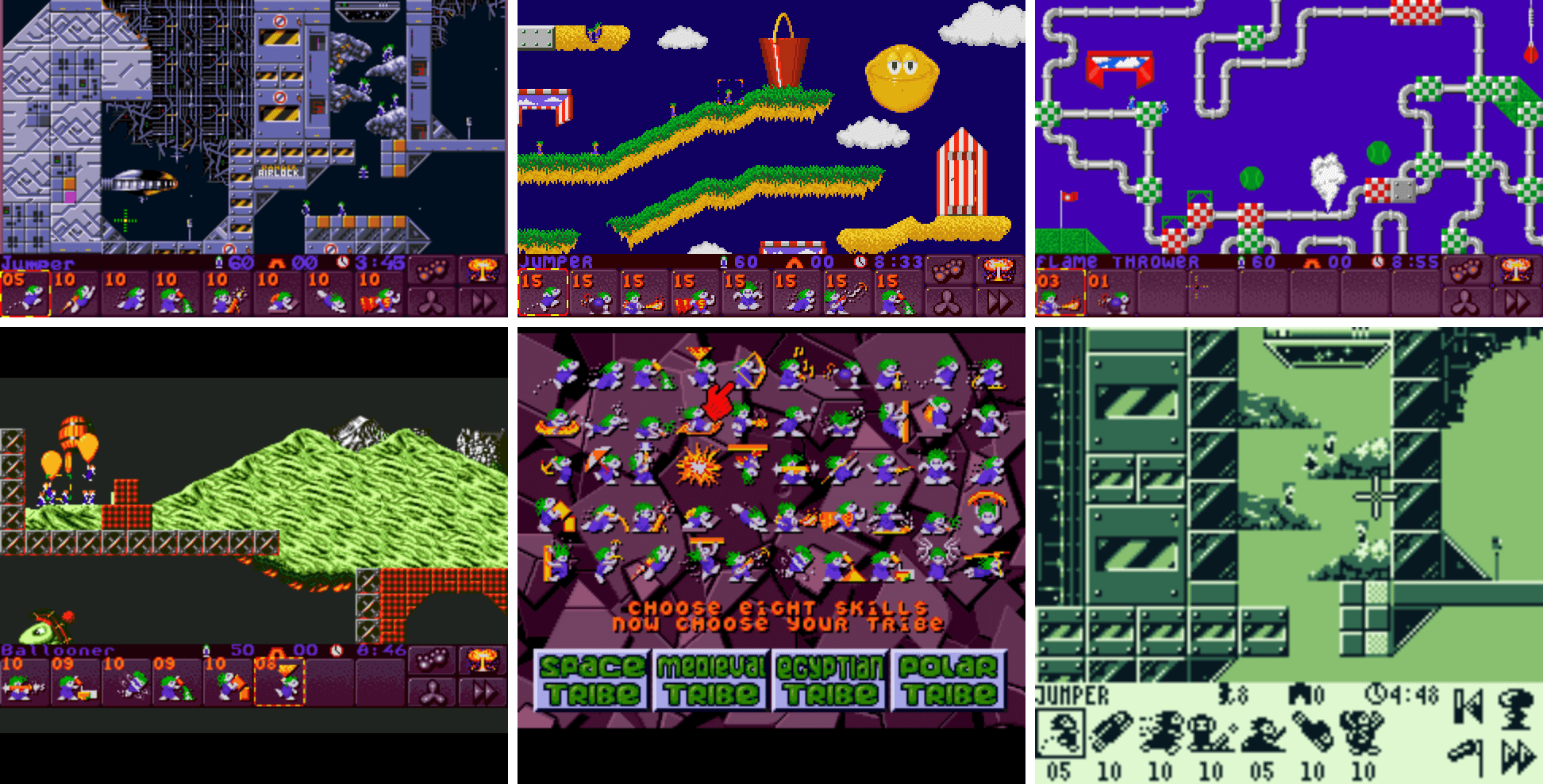 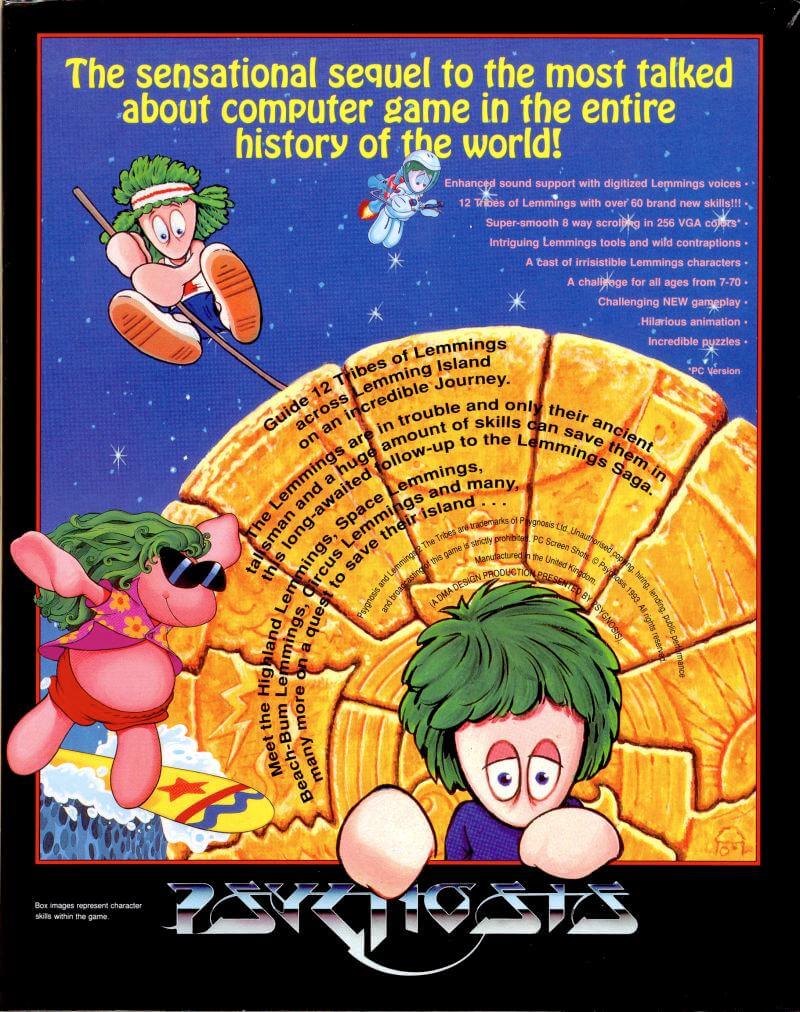