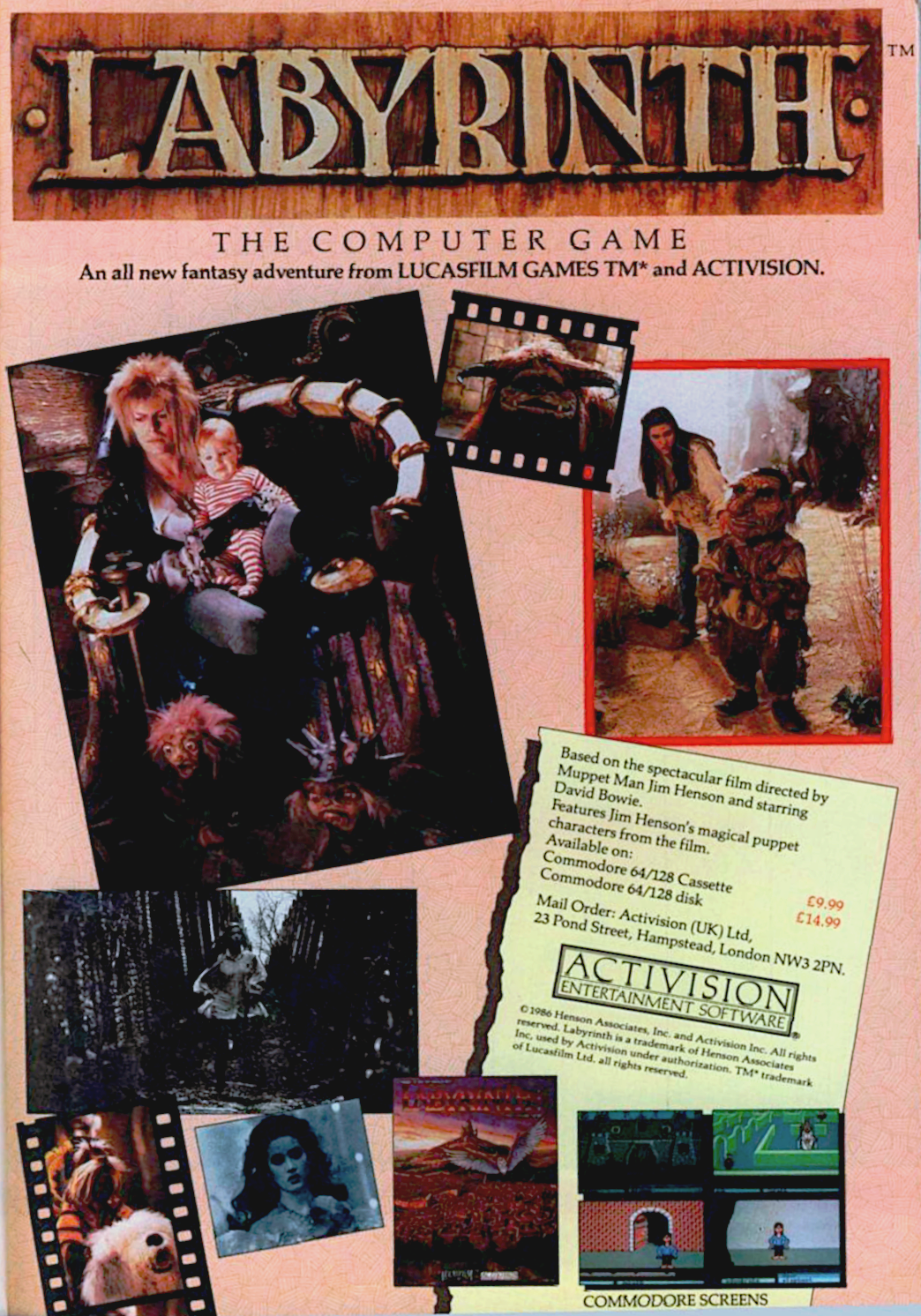 Development According to a source at Wikipedia, one of the more playful elements of this game -- the "tricked you!" transition from text-based gameplay in the mundane world through the movie screen into graphical gameplay in the fantasy world -- was a brilliant piece of game design lateral thinking courtesy of author Douglas Adams during a week-long brainstorming session in London.

(Also reflecting Mr. Adams' peculiar sense of humour was the inclusion of the verb "adumbrate" in the list of selectable actions... certainly not one with many applications in the game!)

Interface Unusual for Lucasfilm, this game uses a text interface system for commanding the character, an adventure game interface standard used before their SCUMM system debuted in their next game, Maniac Mansion (both games somewhat visually reminiscent of the contemporary Lucasarts MMORPG project Habitat). The stock text parser is however used only in the introductory portion of the game, replaced for the majority of the game by the unique "slot machine" interface, presenting lists of eligible verbs and nouns to combine, prefiguring (or adumbrating, if you prefer 8) not only SCUMM's interface for that of Legend Entertainment's adventure games.

This is the final game the Lucasfilm games division developed and published out-of-house (following their Atari disaster with the leaked Ballblazer) before they began simply publishing their own games.