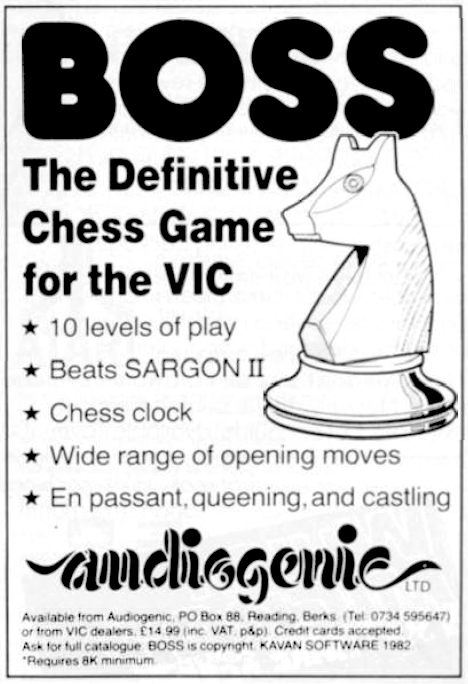 Audiogenic describes Boss as "the definitive chess game for the Vic”.

It seems the people who wrote the package, a Dutch software house called Kavan Software, recently organized a contest between Boss and its main competitors on a range of microcomputers, each package being used on the micro for which it was designed and each playing the others.

Since the various levels of skill on each chess game are different, it was decided that each system would be set with a response time of 60 seconds. The contenders were: Sargon II on an Apple, Petchess on an 8032, Chessmaster on a Texas TI 99/4A, and Boss on the Vic. Here are the results:

Audiogenic is naturally pretty chirpy about the results, particularly as Sargon is so widely regarded as the bees knees when it comes to micro-based chess packages.

Boss comes as a cassette and requires a minimum of 8K expansion. Ten levels of play give response times of from one second to nine hours, depending on the state of the game: Boss also indicates how many moves ahead it is thinking and the number of moves to mate. It is capable of castling, queening and ‘en passant' and operates on standard chess nomenclature. “A wide range of opening moves, greater intelligence and superior graphics combine to make Boss more than a match for the average player" - says Audiogenic. 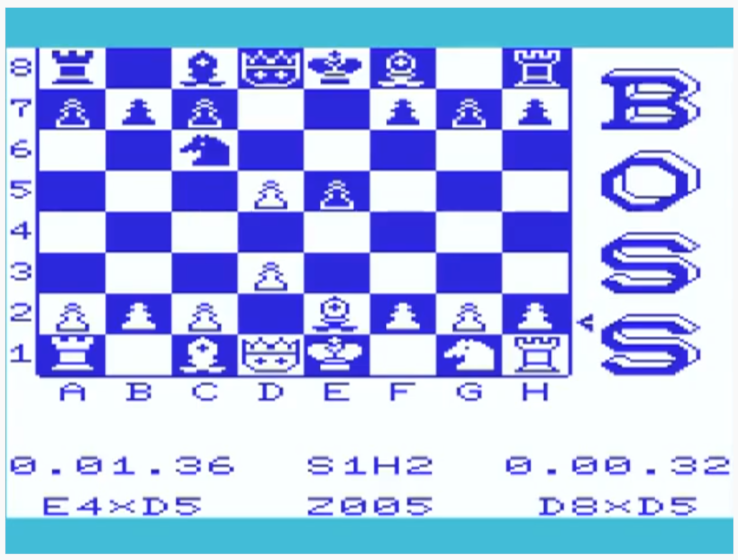