Ecco The Dolphin - Video Game From The Mid 90's 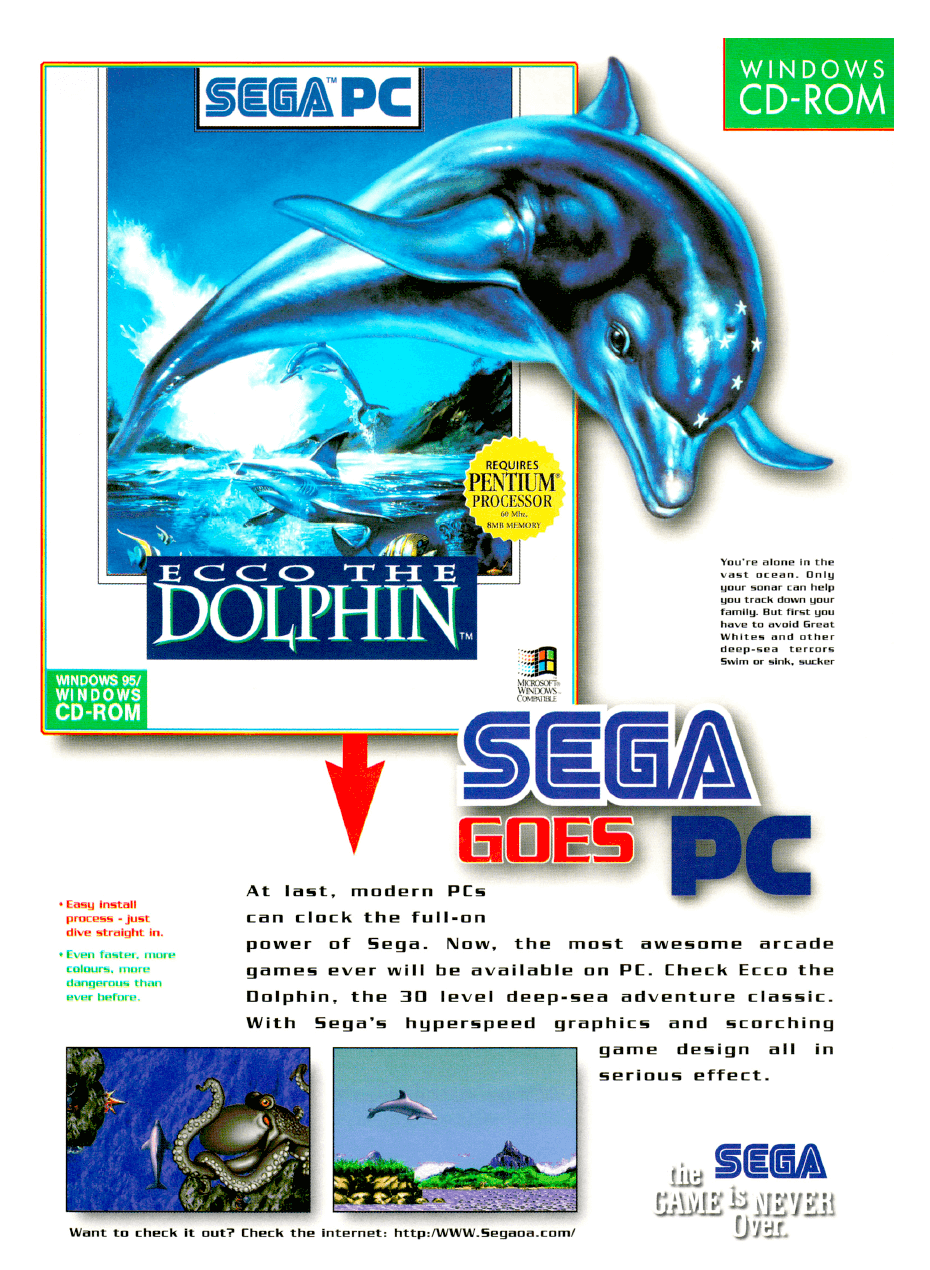 Description
Travel through time along with Ecco the dolphin, in the only game that could call itself a "dolphin simulator". Indeed, you can do pretty much everything a typical dolphin does, including eating fish, surfacing in order to breathe, using your biological sonar and of course, jumping out of the water to amaze your friends.

Development
The existence of Ecco the Dolphin had been heavily rumored throughout the industry before it was finally revealed by Sega in 1992 as a Genesis exclusive, then simply known as Dolphin. After deciding to create a game based around dolphins, developer Ed Annunziata carried out research on the subject and was particularly inspired by the book Sounding by Hank Searls which explained how the creatures use echolocation. Annunziata worked with the music team on the soundtrack, playing them songs by Pink Floyd to illustrate the feeling he was aiming for. Annunziata later said, "I was paranoid about game rentals and kids beating the game over the weekend. So... I... uh... made it hard." His favourite level was "Welcome to the Machine", which was "way over the top challenging".

Annunziata had considered naming the character after the constellation Delphinus, which is depicted on the character's forehead. But Sega's director of marketing Al Nilsen suggested the name Botticelli the Dolphin, citing the popularity of characters named after Italian artists, like the Teenage Mutant Ninja Turtles. Panicked, Annunziata turned to his boss Clyde Grossman who suggested Echo, which alluded to the dolphin's echolocation ability. Annunziata loved the idea. Being of Italian descent, he chose the spelling Ecco, because it can loosely mean "I see" in that language, and "seeing with sound" is what echolocation enables dolphins to do. 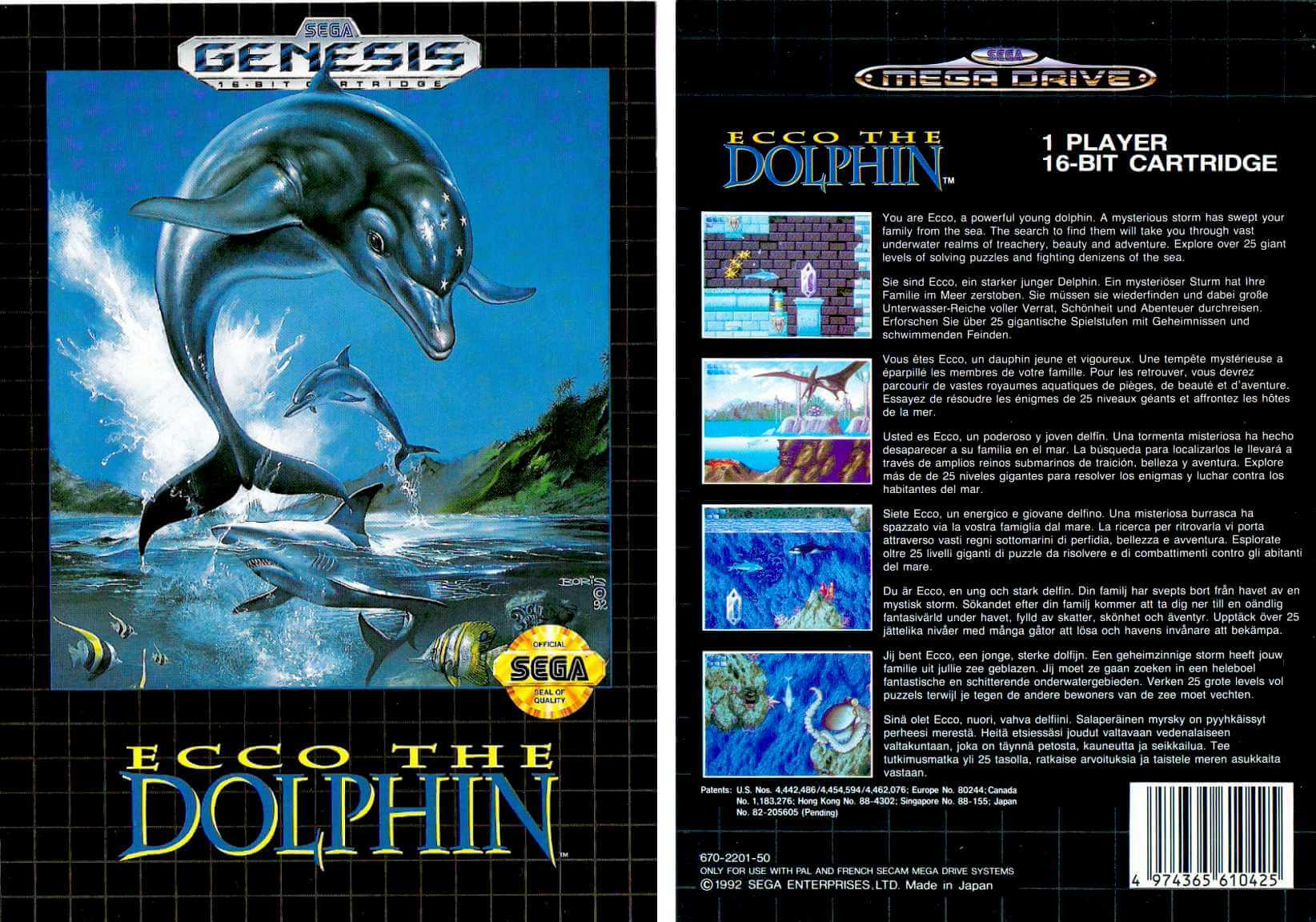 Cut content
There are two spots high above water along the left and right walls of Origin Beach where there were once glyphs (Or some creature) that was removed from the game. However if you use your sonar against those walls you still get messages from them.

The left one says:

"We hear song in the ocean!" "We hear our kind in the sea!" "Never have we heard songs in the sea!"

The right one says:

"You sing our song under the waves - who are you?" "Could we sing in the sea? Could we live in the sea?" "Perhaps we will try!"

Ed Annunziata explained that this was the answer to the question Ecco was asked in Home Bay "Why do Dolphins live in the sea?"

Ecco was supposed to be talking to his prehistoric ancestors and convincing them to join him in the deep! Unfortunately they were removed to time constraints.