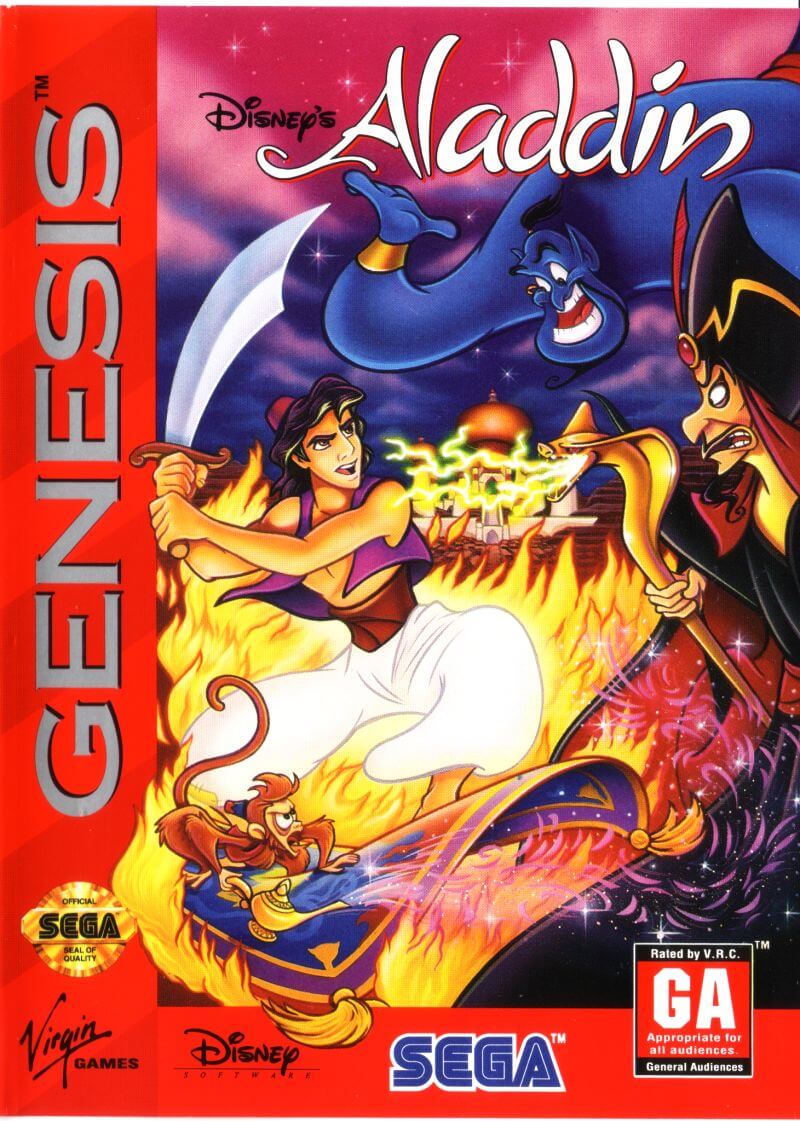 Description
The game from Virgin based on the 1992 animated Disney film is a side-scrolling platformer.

The player controls Aladdin, who must make his way through several levels based on locations from the movie: from the streets and rooftops of Agrabah, the Cave of Wonders and the Sultan's dungeon to the final confrontation in Grand Vizier Jafar's palace.

The Sultan's guards and also animals of the desert want to hinder Aladdin in his way. He can defend himself with his sword or by throwing apples. Next to apples, Aladdin can also collect gems which can be traded for lives and continues with a traveling trader. Finding Genie or Abu icons enables bonus rounds.

The Genie bonus round is a game of luck played for apples, gems or extra lives. In Abu's bonus round, the player controls the little monkey who has to catch bonus items that fall from the sky, but without touching any of the unwanted objects like rocks and pots.

Graphics
The 2D animation for Aladdin and the other characters of the game were done by actual Disney animators and artists who worked on the film.

Music
The PC version Disney's Aladdin has digital music throughout the game, using .AMF files, a digital module format similar to .MODs. (AMF is the format used by Otto Chrons' Digital Sound and Music Interface, or DSMI. Another game that uses DSMI for sound, is Archon Ultra.

NES Music
The game's music was composed in Notator for the Atari ST as a MIDI file, then converted to the NES.

Like other versions, it is a side-scrolling action game. The player controls Aladdin, making his way through a variety of locations, including the streets of Agrabah, the Cave of Wonders, the Sultan's palace and more.

Gameplay takes several different forms: some levels are chases, where Aladdin runs automatically, but must be made to jump over chasms or rolling rocks and barrels, evade falling objects and avoid getting caught by a guard.

Other levels are platforming affairs: Aladdin must run, jump and climb, find keys or switches to open doors while searching for the exit. Rocks can be collected and be thrown to dispatch enemies or hit buttons otherwise out of reach. Finally, there are also several magic carpet rides in the game, in which the level scrolls automatically and the player must make sure to avoid any obstacles in the way. 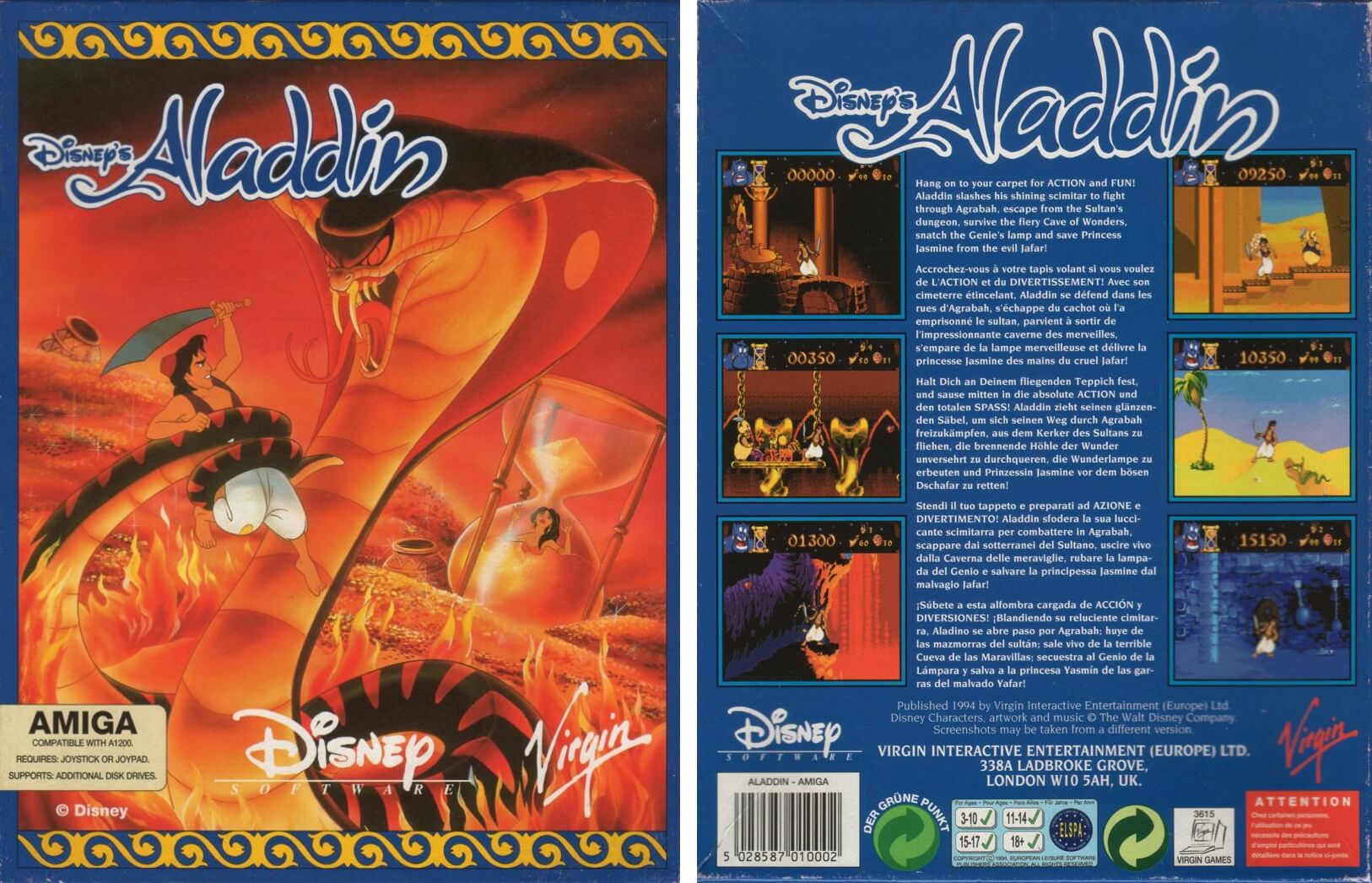