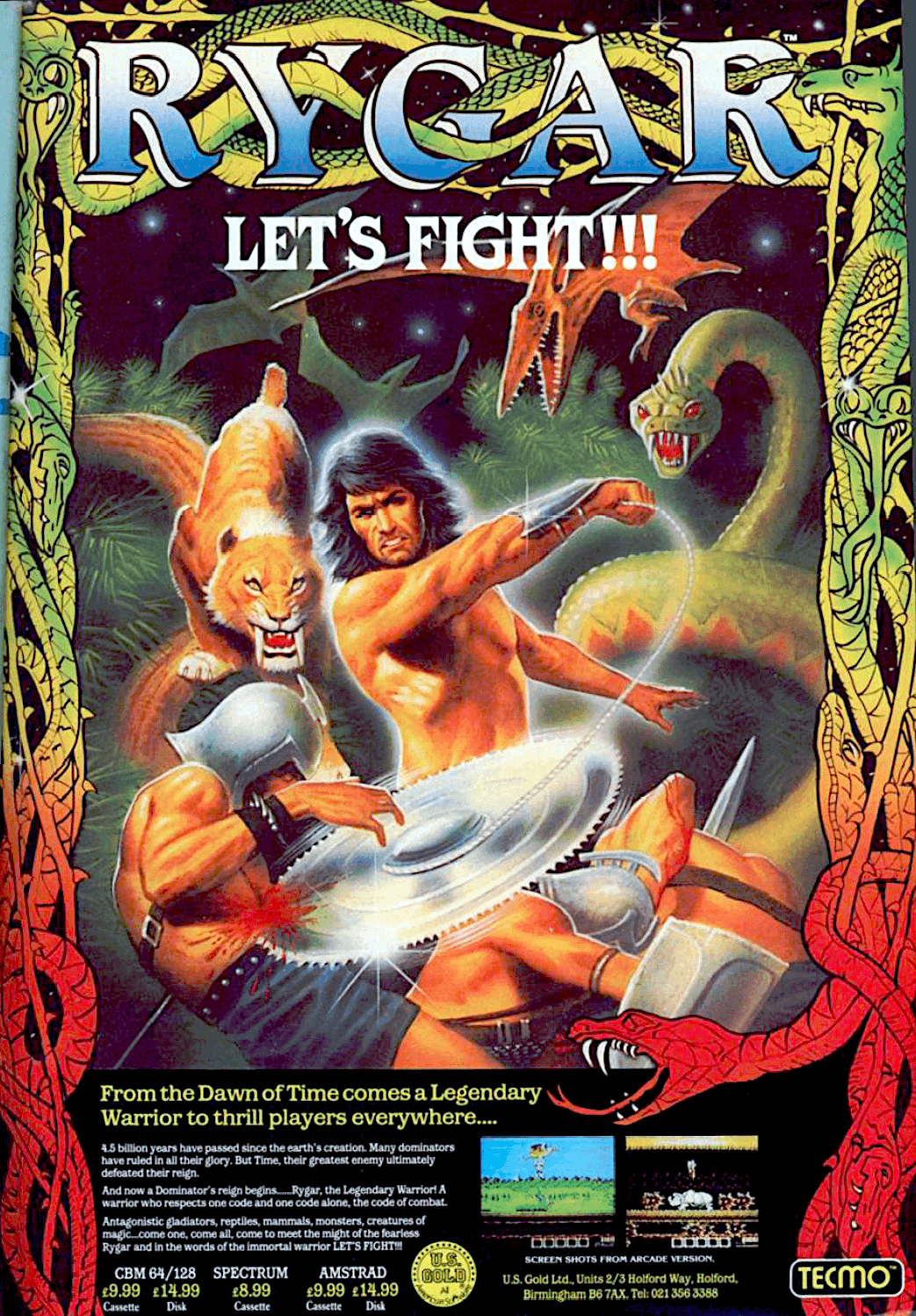 Description
An evil being known as Ligar is about to conquer the land of Argool. Such is his power that no living creature dares to cross paths with him. But the legendary warrior Rygar rises from his grave to restore peace and justice. Armed with his famed weapon Diskarmor, Rygar begins to traverse the vast lands that lead to the lair of the demon, as his minions are trying in vain to stop him...

Related Famicom/NES game
Rygar, released in Japan as Warrior of Argus: Extreme Great Charge (アルゴスの戦士 はちゃめちゃ大進撃 Arugosu no Senshi: Hachamecha Daishingeki) is a fantasy-themed action-adventure platform game with action RPG elements developed by Tecmo for the Nintendo Famicom.[3] It was released on April 14, 1987, in Japan and later that year in the United States for the NES. A European release came in 1990.

Bug in the NES PAL Version
The PAL version of the NES game reportedly contained a computer error which inadvertently increased (substantially) the difficulty in the final portions of the game, particularly in beating the final boss.

The PAL version limited the player's tone and last stats to 1023 points instead of 4095, which meant that there was less maximum life and noticeably less damage to enemies.

Atari Lynx
The Atari Lynx version closely follows the arcade version. However, the layout of some rounds are different, and there are only 23 rounds.