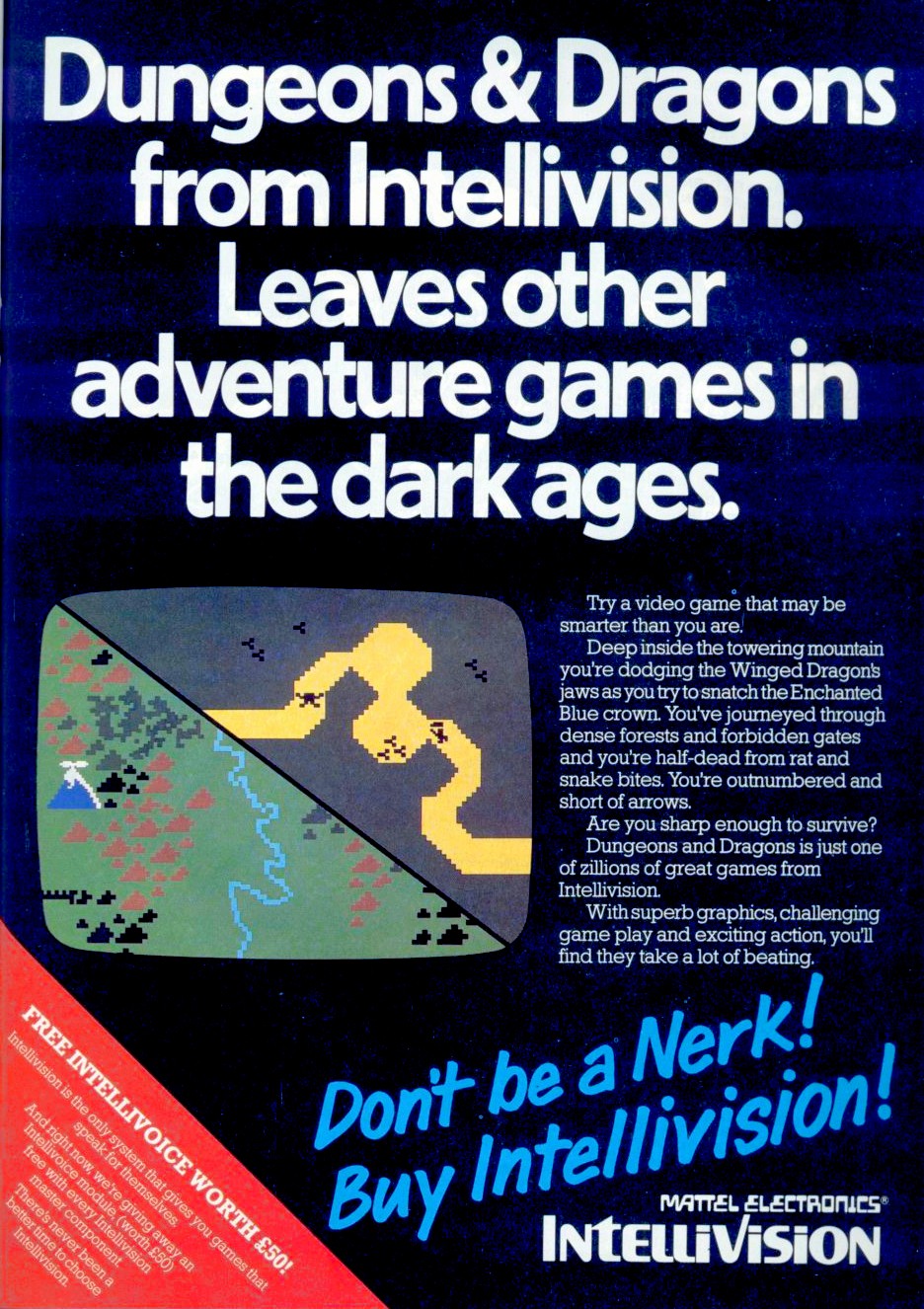 Description Pursue the ancient Crown of Kings in Advanced Dungeons & Dragons Cartridge. You control a three person party equipped with three arrows apiece, though more arrows can be found on your quest. Quest over the land of Cloudy Mountain and explore caves with many enemies that try to stop your progress. There are four difficulty levels.

Size First Intellivision cartridge to exceed 4K. The game ended up being 6K.

Title The all-capitalization and the word "cartridge" are actually part of the title, as required by the contract with TSR Hobbies, owners of the Dungeons & Dragons trademark. 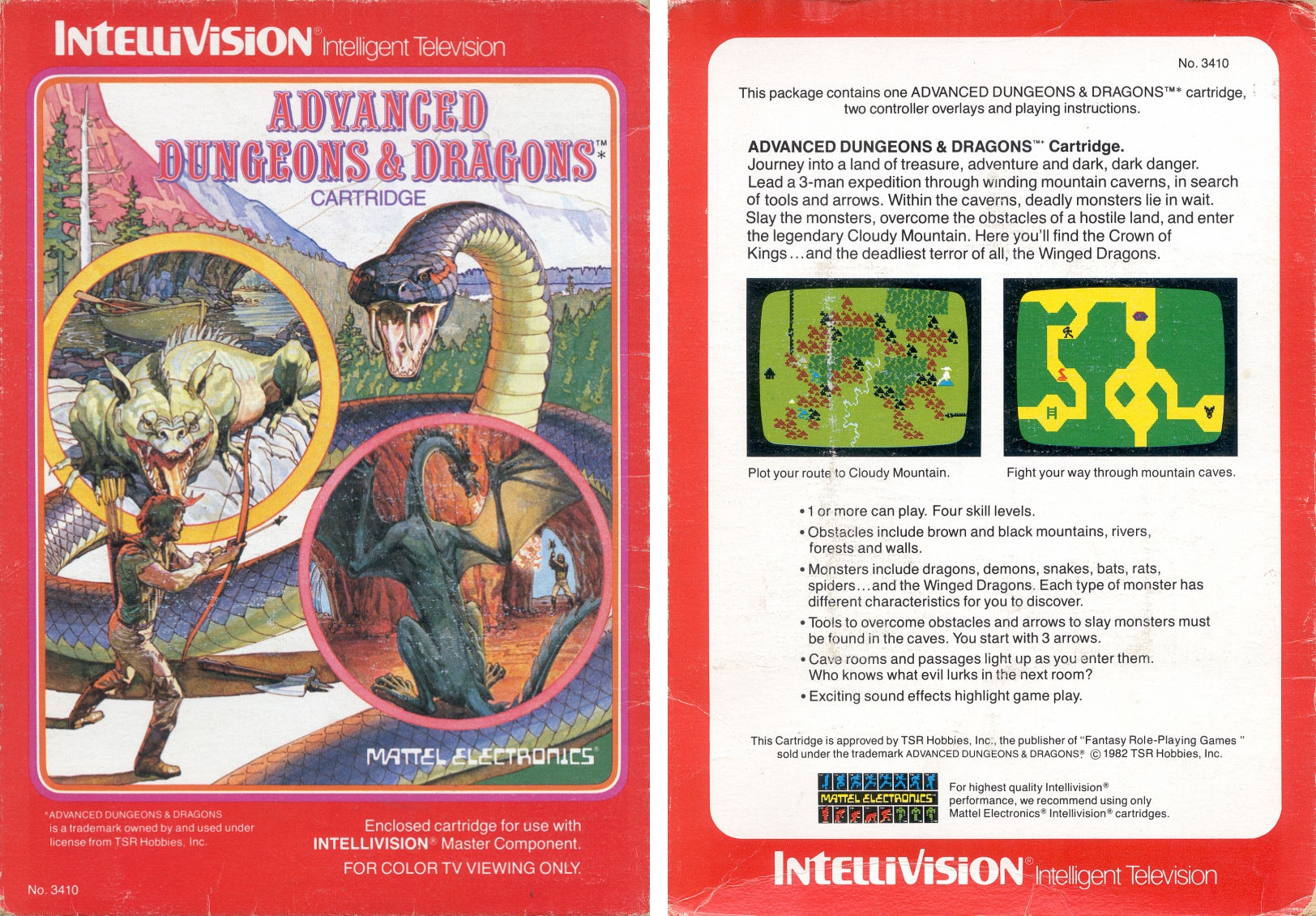