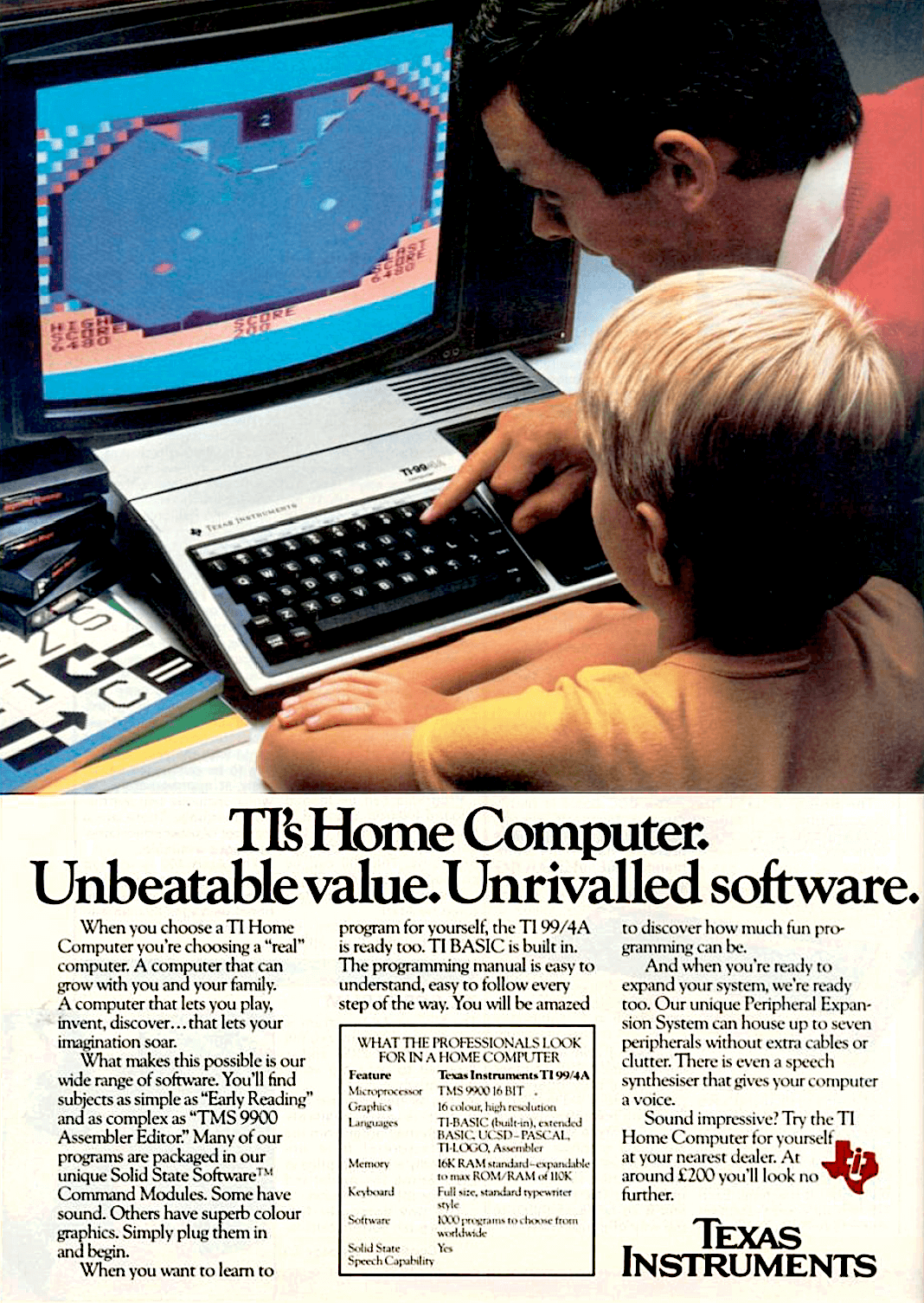 The Texas Instruments TI-99/4A is a home computer released in June 1981 in the United States. It is an enhanced version of the less successful TI-99/4 which was released in late 1979. Both models include hardware support for sprites, using TI's own chips, and multi-channel sound, making them some of the first home computers to include such custom coprocessors, alongside the Atari 8-bit family also introduced in 1979.

The TI-99/4A remained mostly the same as its predecessor, with the major changes being a full-travel keyboard to replace the calculator-style keys, an improved graphics chip with support for bitmap modes, and a cleaner method of adding expansion cards. The price was also half of the original model. Texas Instruments supported the 4A with a line of peripherals, including a speech synthesizer, and a "Peripheral Expansion System" box to contain hardware add-ons.

While the TI-99/4A's specifications look impressive on paper, architectural issues keep it from reaching the performance it appears capable of. The system failed to catch on with third party developers, with the majority of games and other software created and sold by TI. A price war with Commodore's VIC-20 resulted in 99-4/A prices dropping below US$100. Despite the increased user base created from selling large numbers of systems and peripherals at heavy discounts, after a US$330 million loss in the third quarter of 1983[3] Texas Instruments discontinued the TI-99/4A in March 1984.