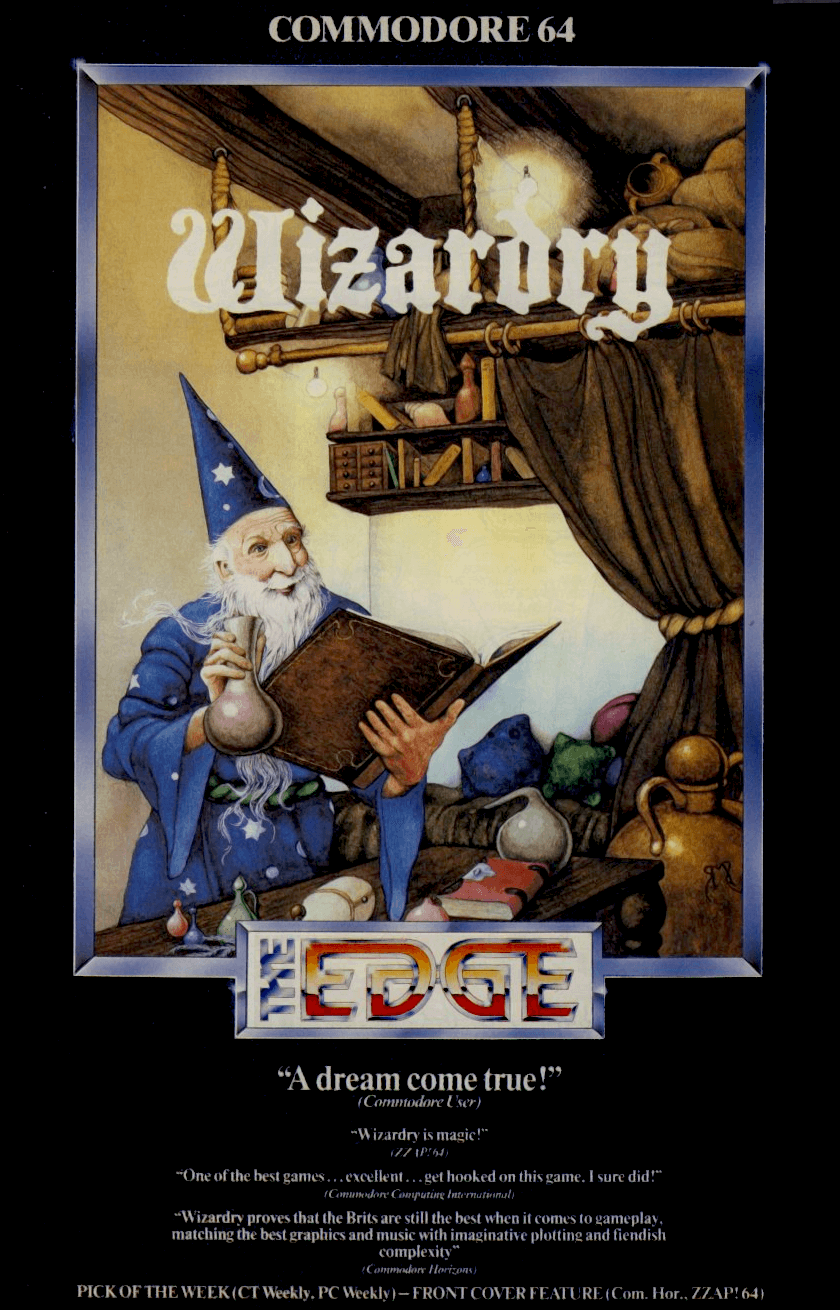 Description
Spell of Destruction is about a magician guild which requires a special final test for its students. The protagonist Drinn has to retrieve the "First Element" from a dangerous castle.

The game is an isometric action game with puzzle elements.The player commands Drinn through the castle rooms (which scroll as long as no door is entered) and solve puzzles by using the correct items or spells. Spells are limited, though, and have to be found in the castle rooms. To dispatch of the numerous foes he uses either fireball spells or his sword for direct combat.

If an enemy launches an successful attack on Drinn or touches him, the life energy drains an if it reaches zero, the protagonist dies. Spells and commands have to be chosen with the keyboard and then triggered with the joystick.

Besides special spells for puzzles and fireball there are two other standard spells available: find it (shows the location of hidden chests) and tell tale (gives a hint how to proceed). If a critical spell is wasted or Drinn dies the game has to be restarted from the beginning. 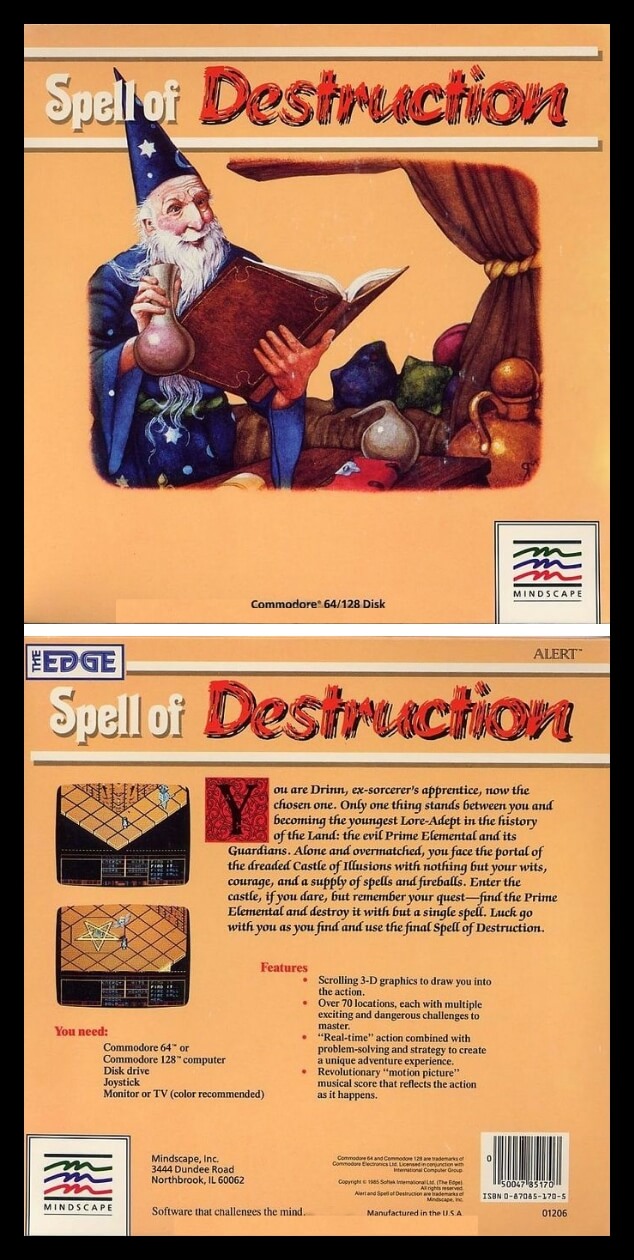