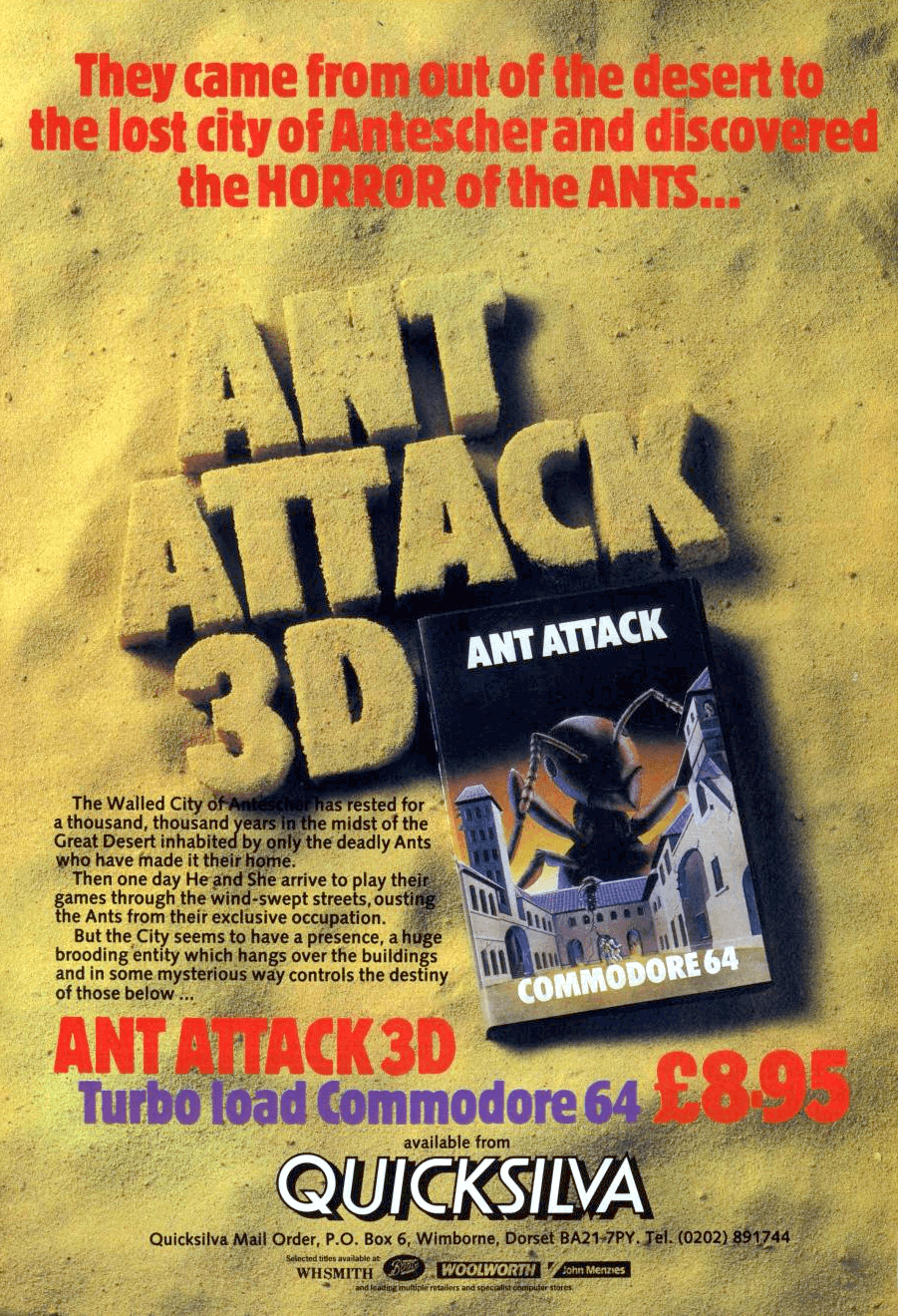 Description
Ant Attack is an action game which innovated the usage of three freedom grades for an isometric perspective game. The freely explorable city, identified in the inlay blurb as Antescher, a combination of Ant and Escher, the famous visual paradox artist, is teeming with deadly giant ants.

The player controls a boy or a girl and races around the city trying to find his/her lost half while jumping on structures to avoid the ants, or fighting the insects by either jumping on them or throwing grenades. When the hostage is found, the protagonist needs to guide him/her into safeness. Then the next round, with higher difficulty and the hostage being placed at another point, begins. The perspective can be switched to four 90° turned views.

While both Q*bert and Zaxxon previously used isometric projection, Ant Attack added an extra degree of freedom (ability to go up and down instead of just north, south, east and west), and it may be the first isometric game for personal computers.

The author argued that it "was the first true isometric 3D game". The same type of isometric projection was used in Sandy White's later Zombie Zombie. It was also one of the first games to allow players to choose their gender. 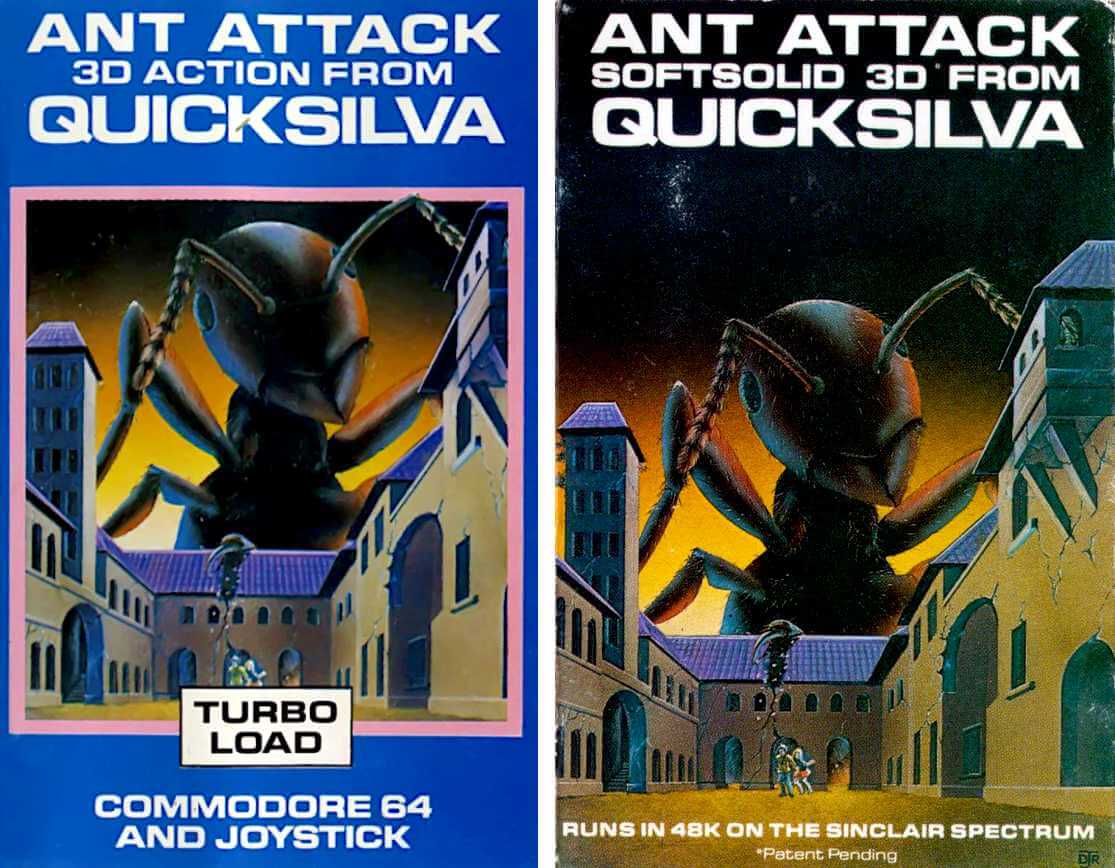