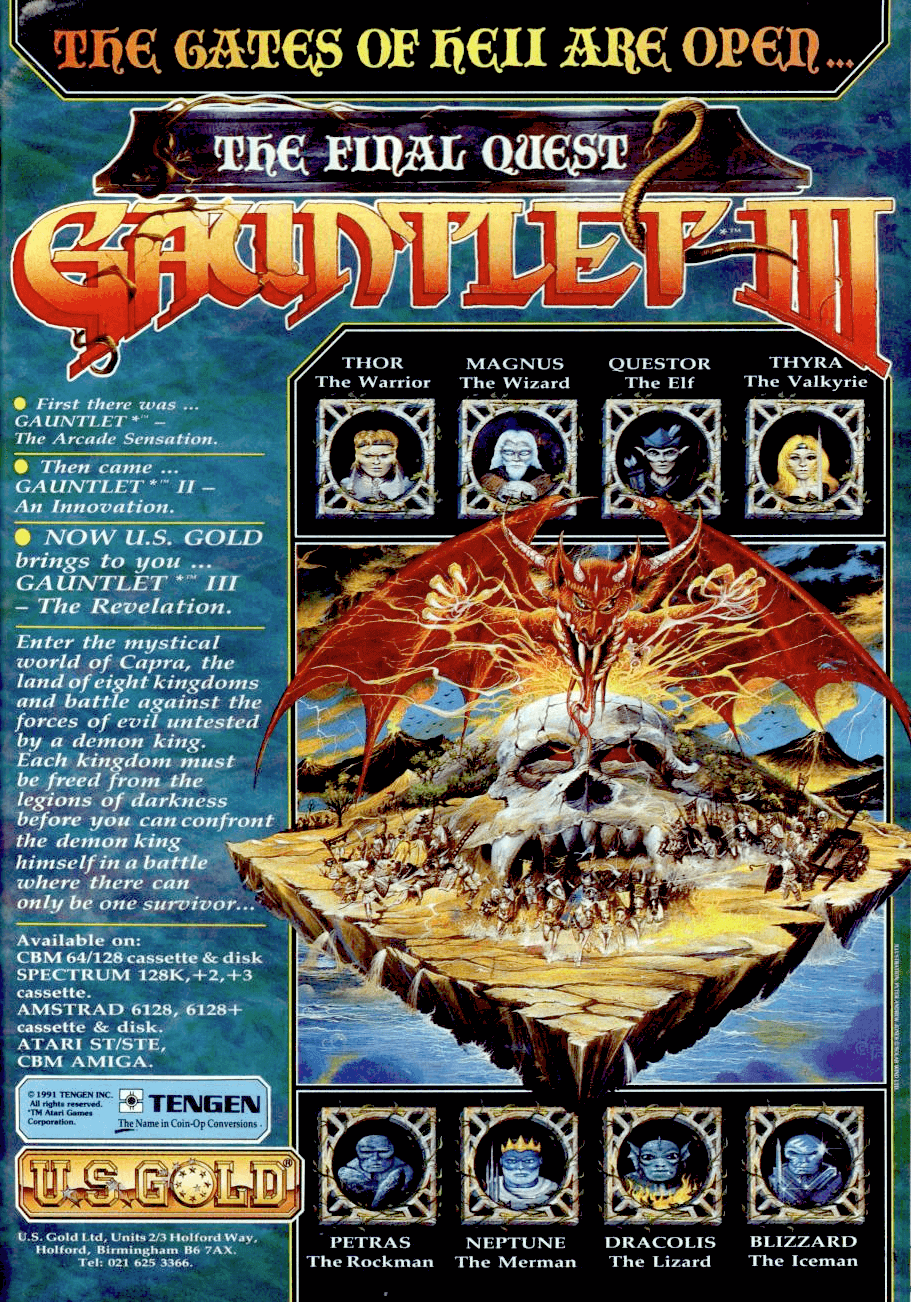 Description
Gauntlet III is an action-based dungeon exploration game. Like in the predecessors you empty areas infested by all kinds of enemies while running for the exit. Like this was rather a straight forward thing in the first two games, it's not that easy to finish a level anymore.

While you only had to run until you find the exit (and besides killing hordes of enemies you probably find some keys to unlock doors leading to deeper dungeons) you might have to solve a few "quests" to proceed to the next level in this installment.

These "quests" are very basic, for example you have to find object A, then bring it to B, advance to C and finally go to D to uncover the exit. While the first two games had a top-down view, Gauntlet 3 has an isometric perspective.

The old four characters (warrior, wizard, elf and valkyrie) are ready for action again and this time they get backup by four new characters which include the Lizard, Neptune, Stoneman and the Iceman.

C64 version
The C64 version never got a full release, although a few disk copies snuck out to members of US Gold's software club. Like Murder it was completed and reviewed, but Software Creations fired programmer Martin Howarth before he had got the game off their development hardware, and they found that nobody else in the company could get it onto tape. Why it didn't get a full disk release is unclear.

Spectrum Easter Egg
Hidden within the Spectrum code is the text "For God so loved the world that he gave his one & only son,that whoever believes in him shall not perish but have eternal life." - John 3:16 from the Bible, which is regarded as its most famous verse and which has been translated into over 100 languages.

Atari Lynx version
Gauntlet: The Third Encounter for the Atari Lynx handheld system, was released around the same period as the home computer versions. It retains the birds-eye view point (top-down), featured in the first two games.

The Third Encounter has the same cover as Gauntlet IV for the Genesis. Besides a valkyrie and a wizard, it shows an Elven archer and a warrior - two player characters which don't exist in the Lynx version.

The Third Encounter has various gameplay differences compared to the original Gauntlet game. This is because it was not developed as part of the series and only became part of the franchise out of marketing reasons. 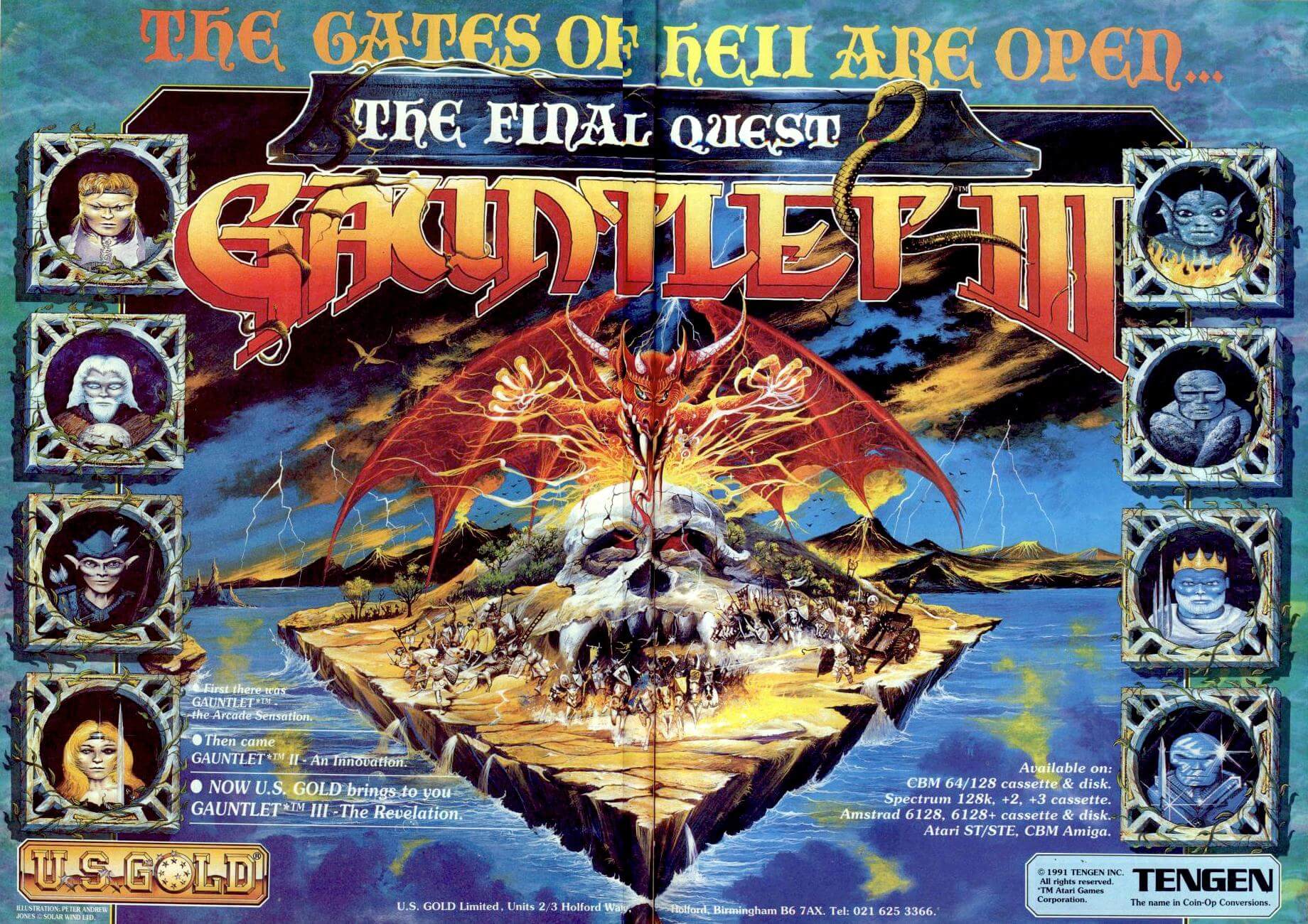