The Adventures of Mighty Max - Video Game From The Mid 90's 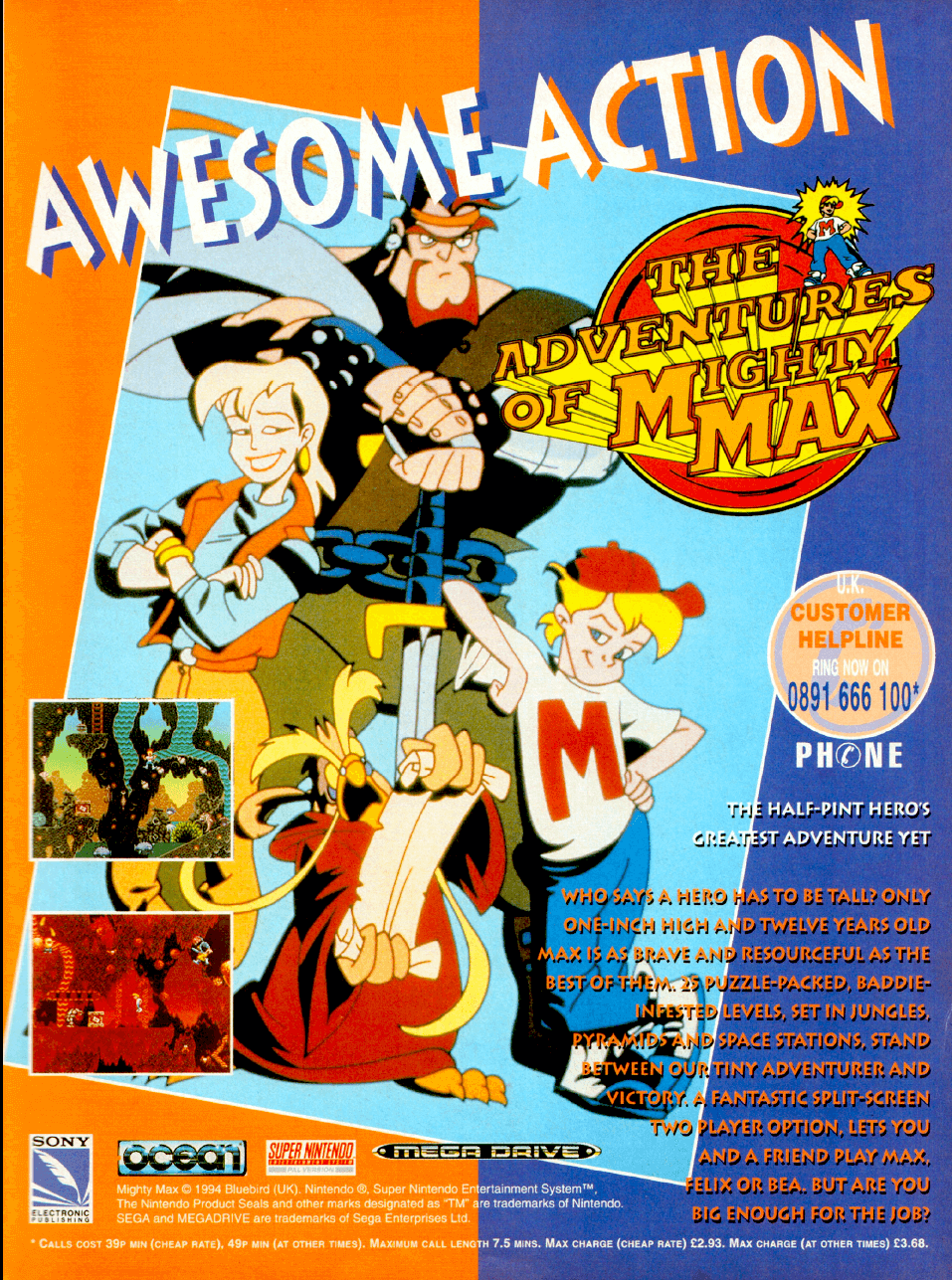 Description
The Adventures of Mighty Max is based on the TV cartoon Mighty Max which in turn is based on a series of toys. Max is a kid who possesses a magic cap that allows you to travel across different world and to save people who get in trouble in other dimensions. But his archenemy, the demonic Skull Master, has recently locked all the portals Max was using for inter-dimensional travel. However, the Skull Master has kept some of the portals for himself, keeping there some of his destructive weapons. It's time to destroy those weapons and to stop Skull Master!

This is a platform game in which you control Max himself or one of his two side-kicks (that doesn't influence the gameplay). You travel through several different worlds. Your goal is to find Skull Master's weapons, which are scattered around the level, and to destroy them. The levels are timed, and there are also plenty of enemies who will disturb you on your way to the goal.

Cancelled port
An Amiga version was planned but it was never released. 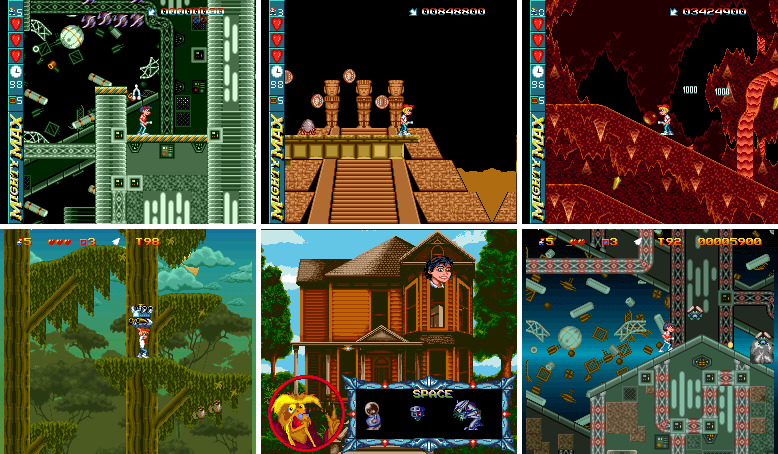 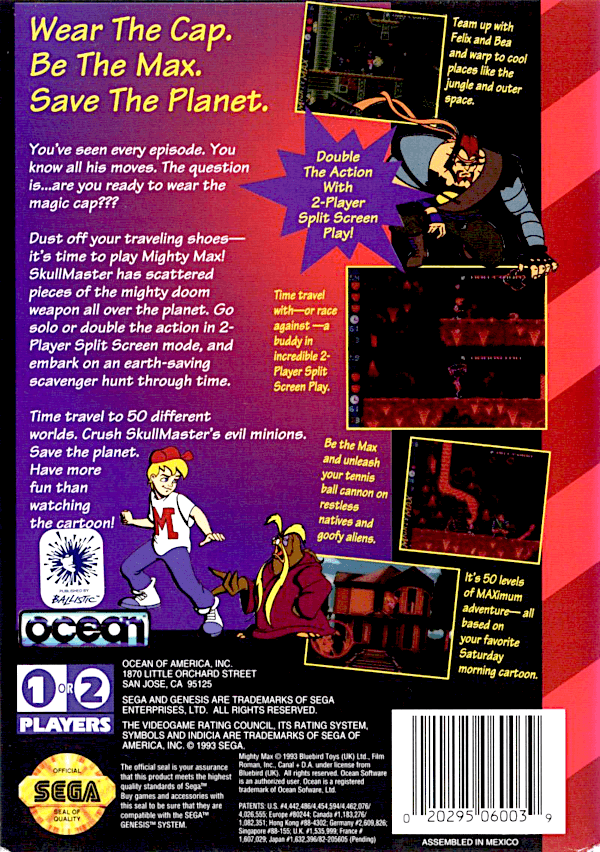