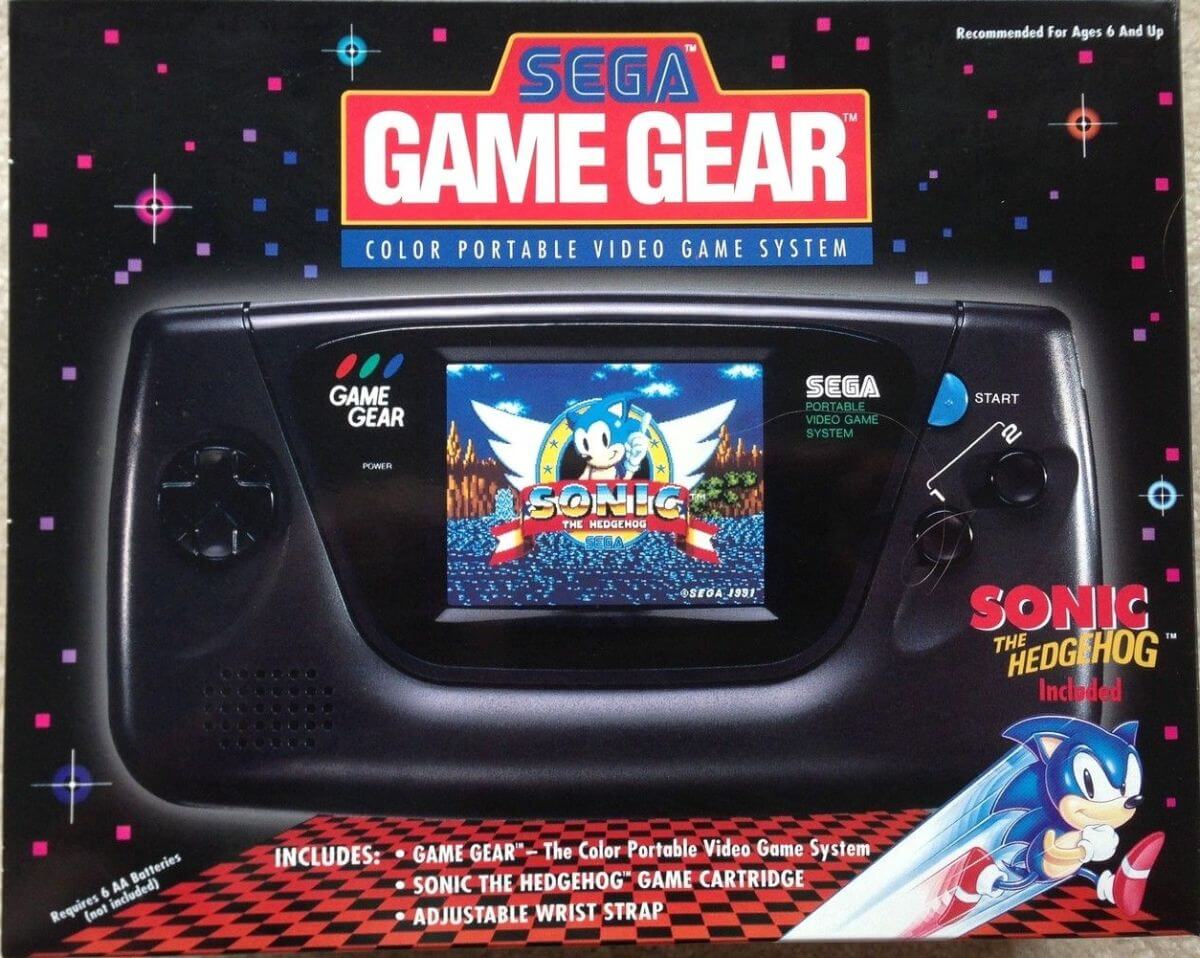 The Game Gear is an 8-bit fourth generation handheld game console released by Sega on October 6, 1990 in Japan, in April 1991 throughout North America and Europe, and during 1992 in Australia. The Game Gear primarily competed with Nintendo's Game Boy, the Atari Lynx, and NEC's TurboExpress. It shares much of its hardware with the Master System, and can play Master System games by the use of an adapter. Sega positioned the Game Gear, which had a full-color backlit screen with a landscape format, as a technologically superior handheld to the Game Boy. Though the Game Gear was rushed to market, its unique game library and price point gave it an edge over the Atari Lynx and TurboExpress. However, due to its short battery life, lack of original games, and weak support from Sega, the Game Gear was unable to surpass the Game Boy, selling 10.62 million units by March 1996. The Game Gear was succeeded by the Genesis Nomad in 1995 and discontinued in 1997. It was re-released as a budget system by Majesco Entertainment in 2000, under license from Sega.

Reception of the Game Gear was mixed, with praise for its full-color backlit screen and processing power for its time, criticisms over its large size and short battery life, and questions over the quality of its game library.

History
Developed under the name "Project Mercury", the Game Gear was first released in Japan on October 6, 1990, in North America and Europe in 1991, and in Australia in 1992. Originally retailing at JP¥19,800 in Japan, US$149.99 in North America, and GB£99.99 in Europe, the Game Gear was developed to compete with the Game Boy, which Nintendo had released in 1989. The console had been designed as a portable version of the Master System, and featured more powerful systems than the Game Boy, including a full-color screen, in contrast to the monochromatic screen of its rival. According to former Sega console hardware research and development head Hideki Sato, Sega saw the Game Boy's black and white screen as "a challenge to make our own color handheld system."

In order to improve upon the design of their competition, Sega modeled the Game Gear with a similar shape to a Genesis controller, with the idea being that the curved surfaces and longer length would make the Game Gear more comfortable to hold than the Game Boy. The console's mass was carefully considered from the beginning of the development, aiming for a total mass between that of the Game Boy and the Atari Lynx, another full-color screen competing product. Despite the similarities the Game Gear shared with the Master System, the games of the latter were not directly playable on the Game Gear, and were only able to be played on the handheld by the use of an accessory called the Master Gear Converter. The original Game Gear pack-in game was Columns, which was similar to the Tetris cartridge that Nintendo had included when it launched the Game Boy.

With a late start into the handheld gaming market, Sega rushed to get the Game Gear into stores quickly, having lagged behind Nintendo in sales without a handheld on the market. As one method of doing so, Sega based the hardware of the Game Gear on the Master System, albeit with a much larger color palette than its predecessor: the Game Gear supported 4096 colors, compared to the 64 colors supported by the Master System. Part of the intention of this move was to make Master System games easy to port to the Game Gear. Though the Game Gear was designed to be technologically superior to the Game Boy, its design came at a cost of battery life: whereas the Game Boy could run for more than 30 hours on four AA batteries, the Game Gear required six AA batteries and could only run for three to five hours. With its quick launch in Japan, the handheld sold 40,000 units in its first two days, 90,000 within a month, and the number of back orders for the system was over 600,000. According to Sega of America marketing director Robert Botch, "there is clearly a need for a quality portable system that provides features other systems have failed to deliver. This means easy-to-view, full-color graphics and exciting quality games that appeal to all ages."

Decline
Support for the Game Gear by Sega was hurt by its focus on its home console systems. In addition to the success of the Genesis, Sega was also supporting two peripherals for its home system, the Sega CD, and the 32X, as well as developing its new 32-bit system, the Sega Saturn. Despite selling 10.62 million units by March 1996, the Game Gear was never able to match the success of its main rival, the Game Boy, which sold over ten times that number. The system's late sales were further hurt by Nintendo's release of the Game Boy Pocket, a smaller version of the Game Boy which could run on two AAA batteries.

Plans for a 16-bit successor to the Game Gear were made to bring Sega's handheld gaming into the fifth generation of video games, but a new handheld system never materialized for Sega, leaving only the Genesis Nomad, a portable version of the Genesis, to take its place. Moreover, the Nomad was intended to supplement the Game Gear rather than replace it; in press coverage leading up to the Nomad's release, Sega representatives said the company was not dropping support for the Game Gear in favor of the Nomad, and that "We believe the two can co-exist". Though the Nomad had been released in 1995, Sega did not officially end support for the Game Gear until 1996 in Japan, and 1997 worldwide.

Though the system was no longer supported by Sega in 2000, third-party developer Majesco Entertainment released a version of the Game Gear at US$30, with games retailing at US$15. New games were released, such as a port of Super Battletank. This version was also compatible with all previous Game Gear games, but was incompatible with the TV Tuner and some Master System converters.

Over ten years later, on March 2, 2011, Nintendo announced that their 3DS Virtual Console service on the Nintendo eShop would feature games from Game Gear. 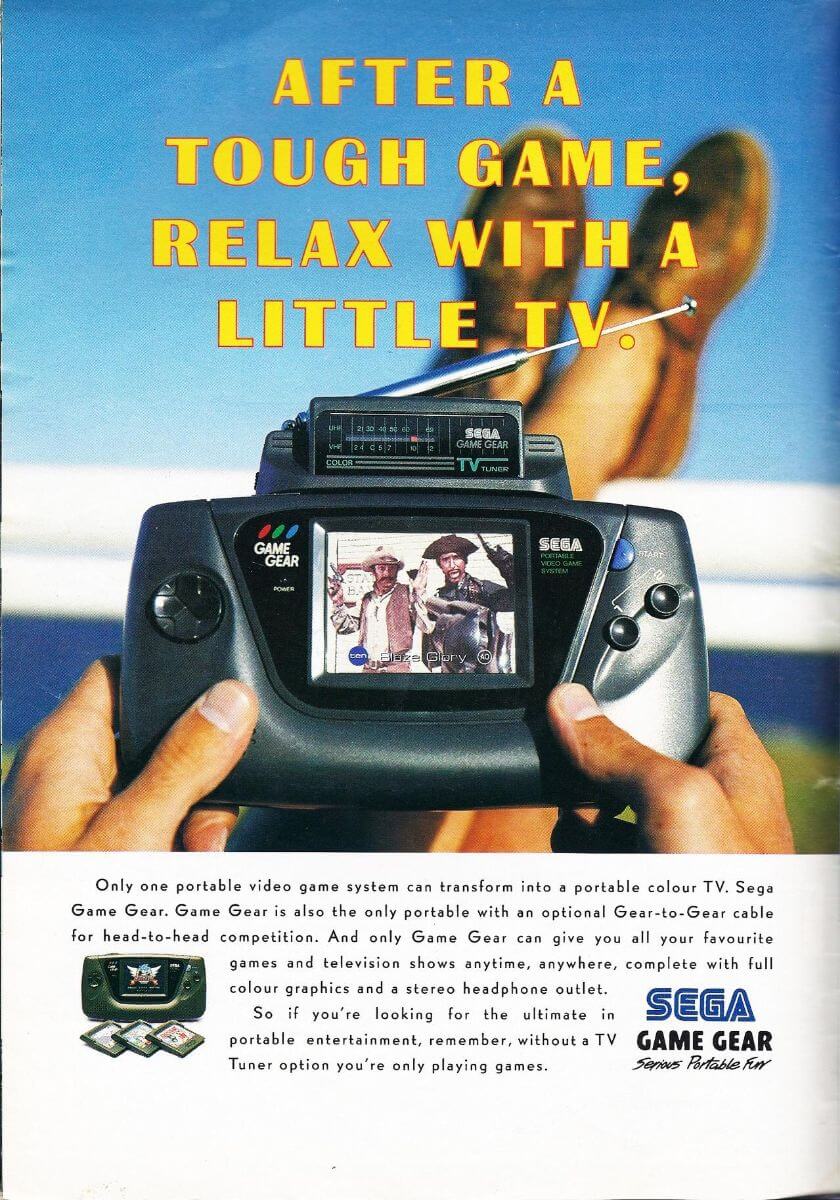 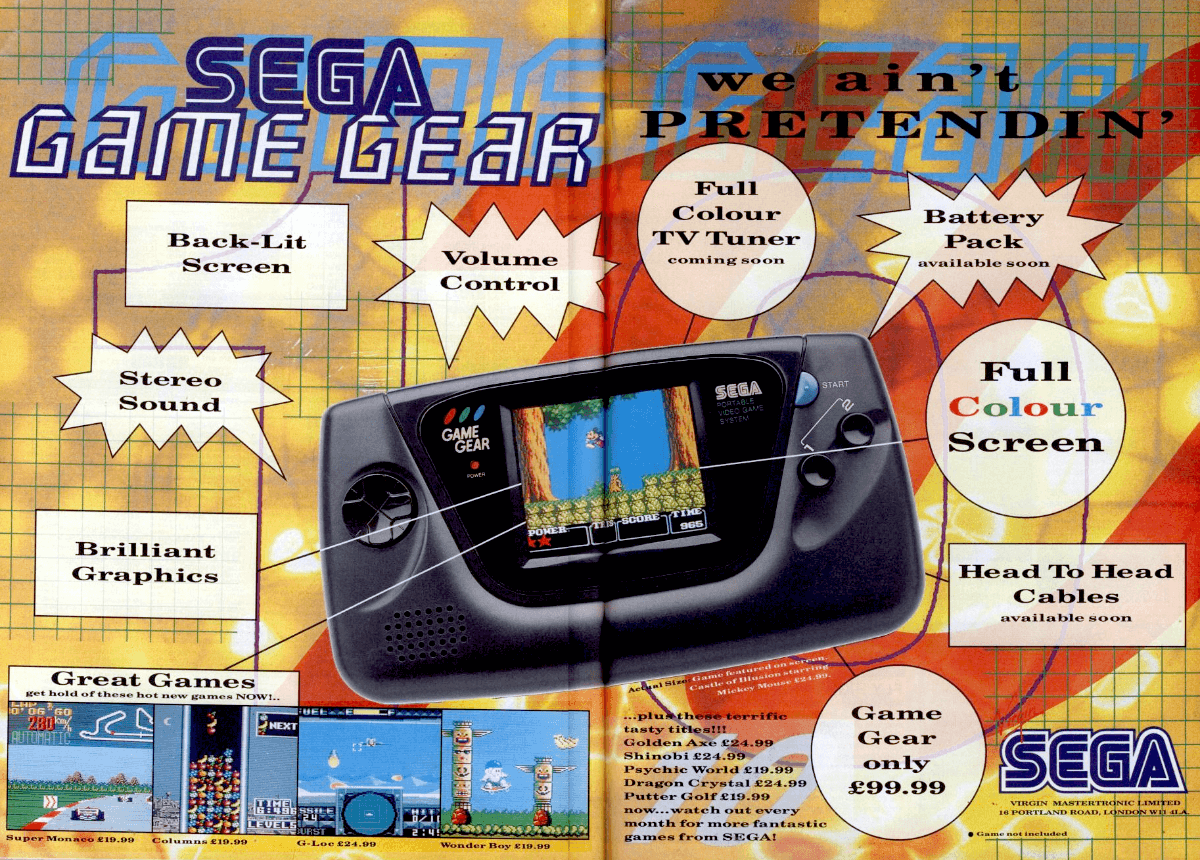 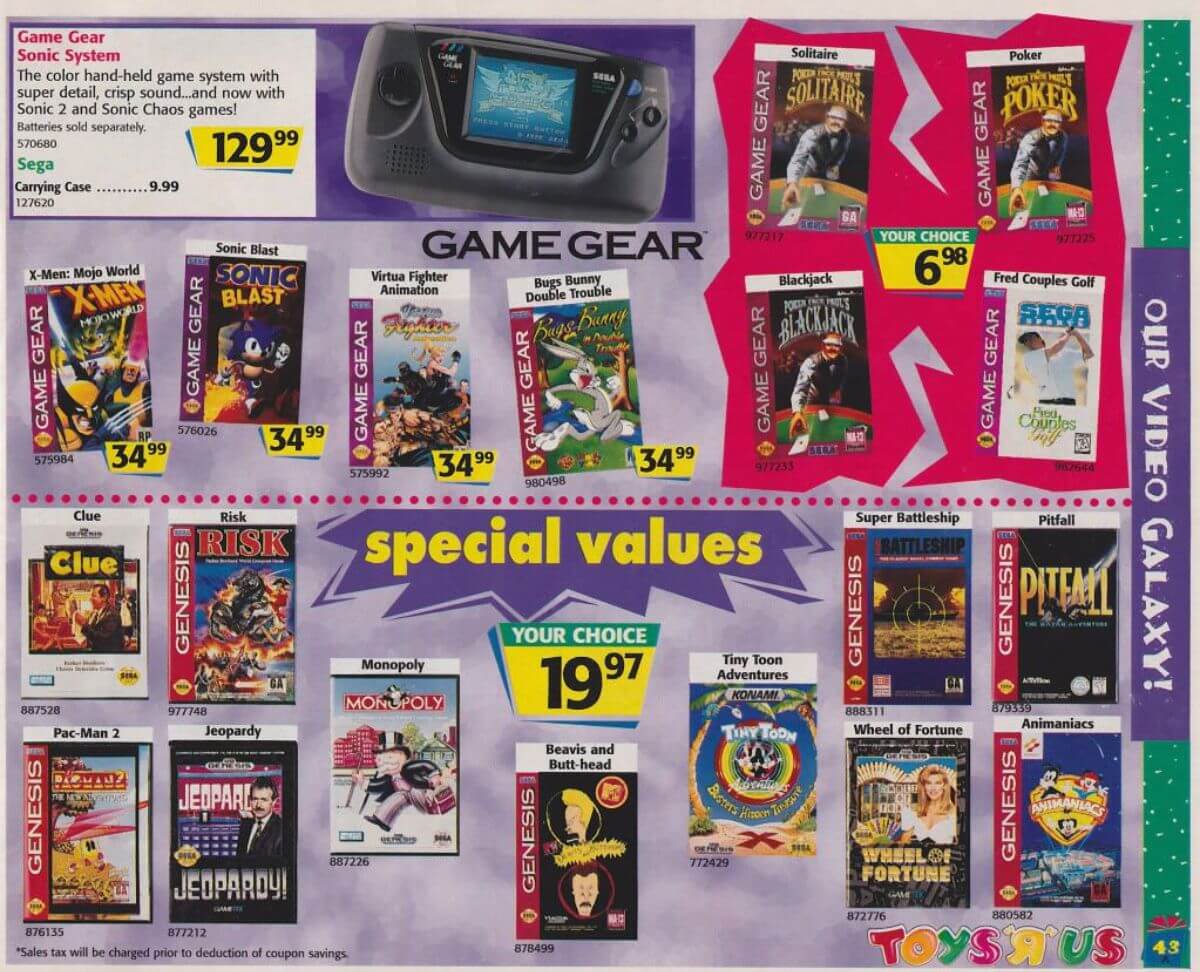 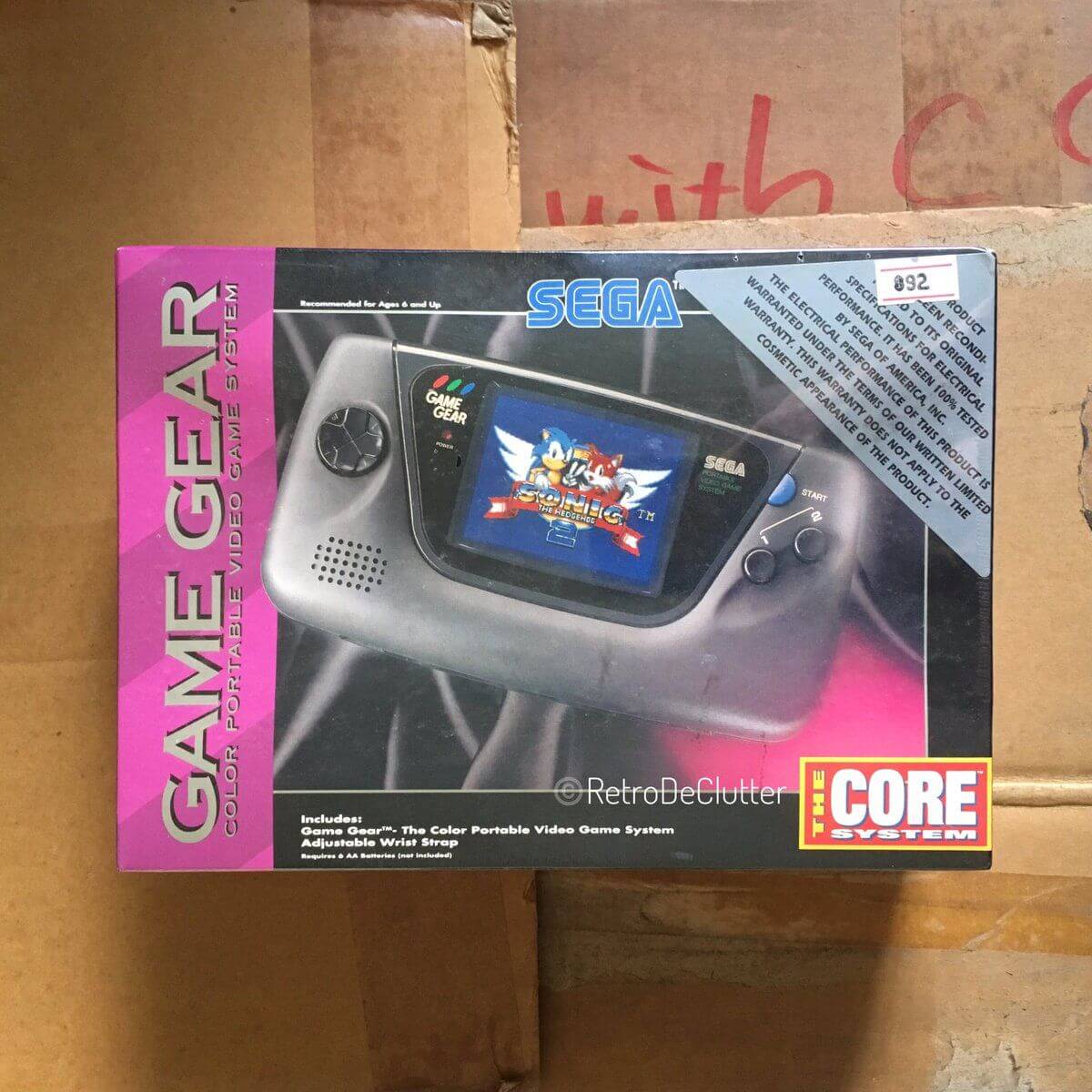 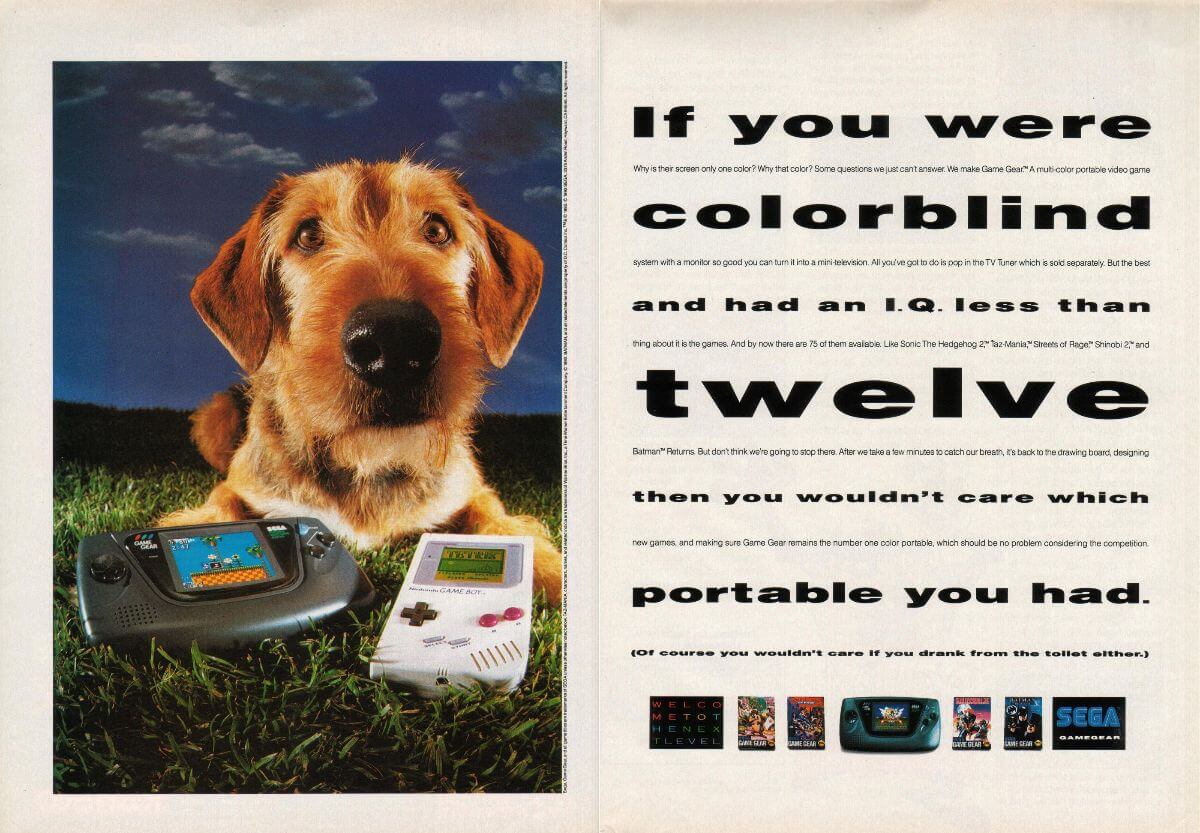