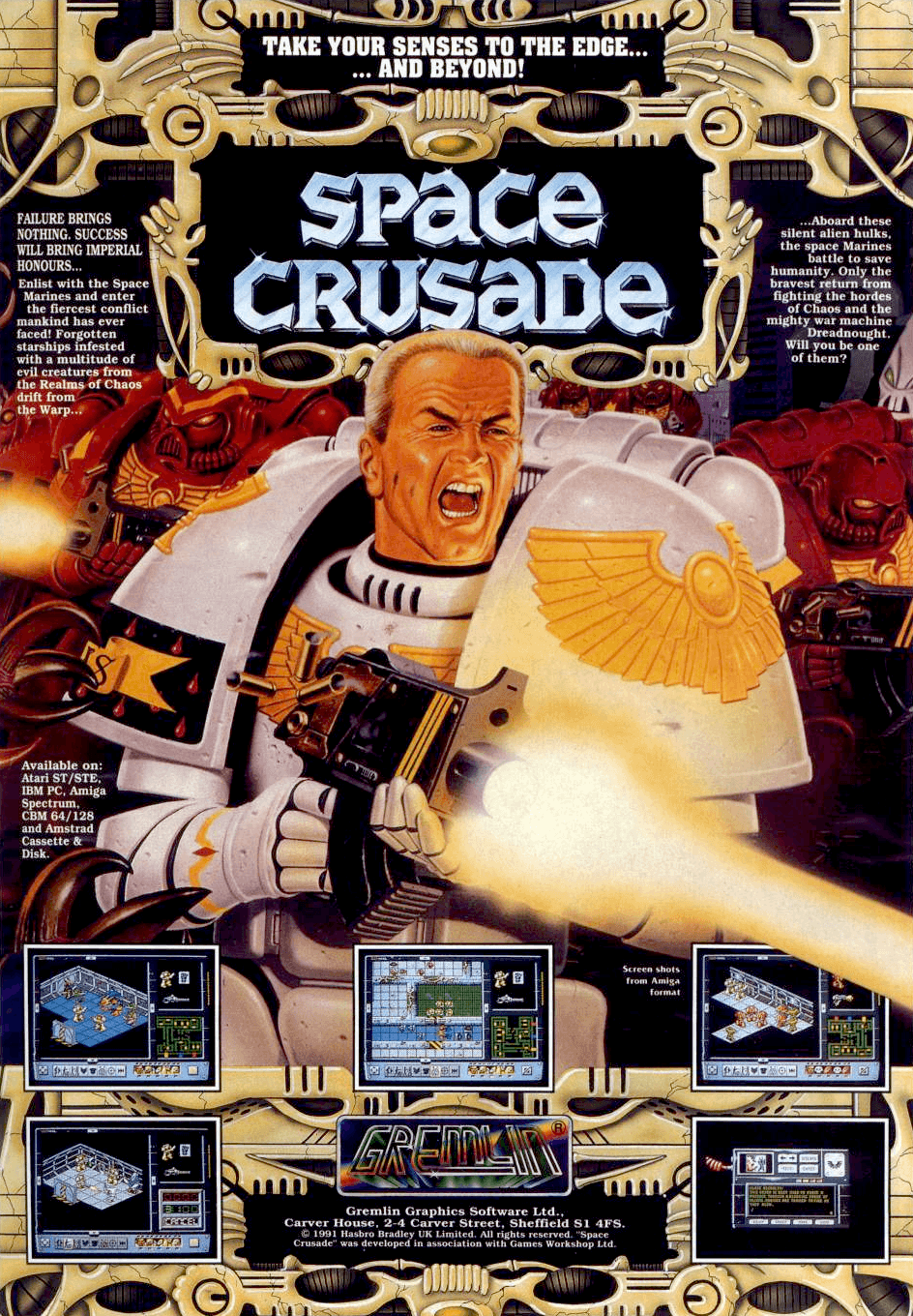 Space Crusade is a science fiction strategy game converted from the Games Workshop/Milton Bradley boardgame, in which you control a commander and four marines who are sent on different missions aboard hostile alien star ships. Your commander starts off as a sergeant, but he can work his way through the ranks. The game allows three players, each commanding one marine chapter each. The alien team is played by the computer.

The game is a literal conversion of the board game in the same vein as Gremlin's earlier Hero Quest (https://imgchest.com/p/69rydm6ykzx). It can be best described as a turn-based board game in which the player must fulfill the primary and secondary objectives to complete the mission, which usually involves elimination of entire alien force on board or destruction of mothership etc. This game features unique 3D close-ups during the battle scenes, a feature which was later adopted by games like the X-Com series.

It was one of the earliest video games of the Warhammer 40,000 series. 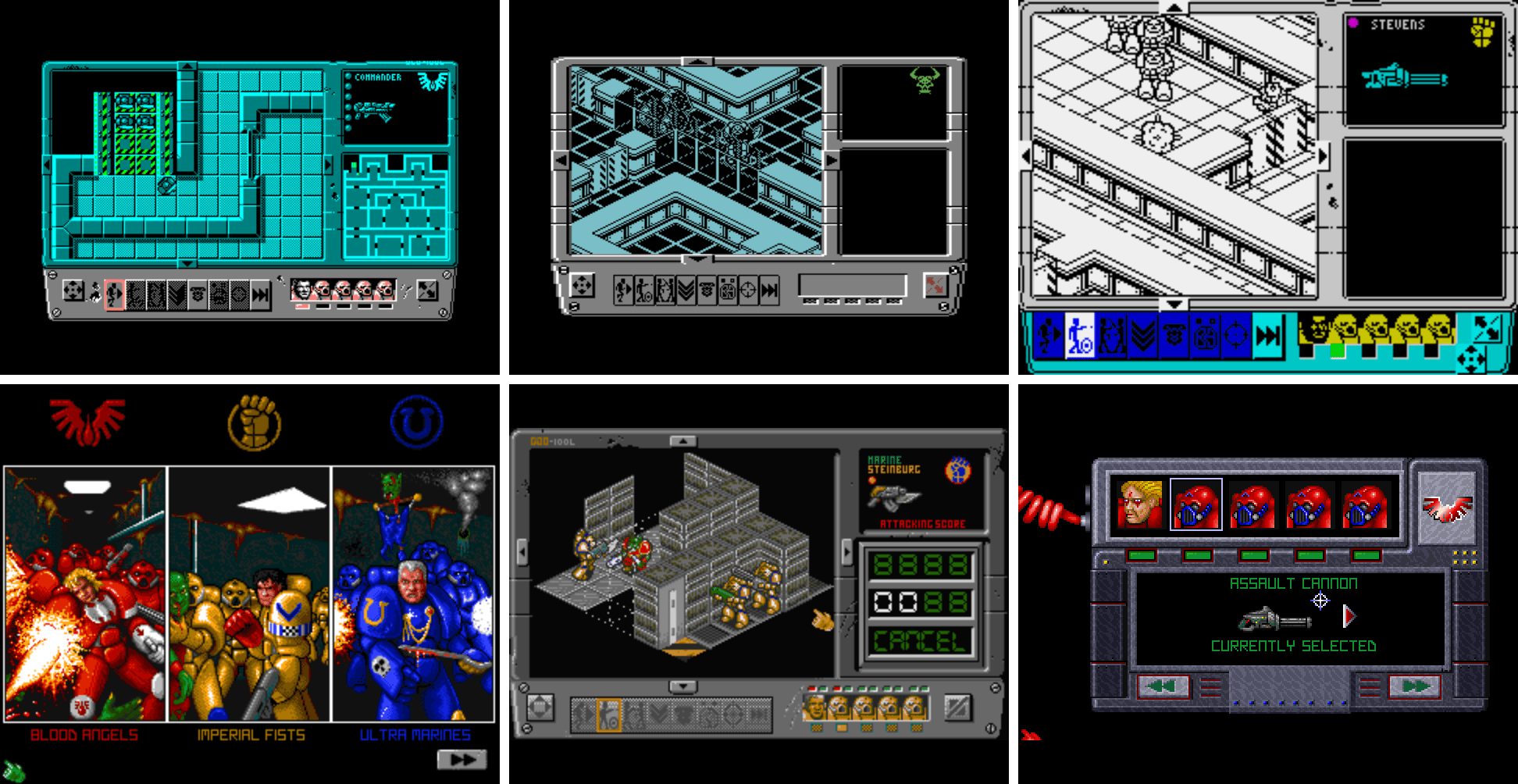 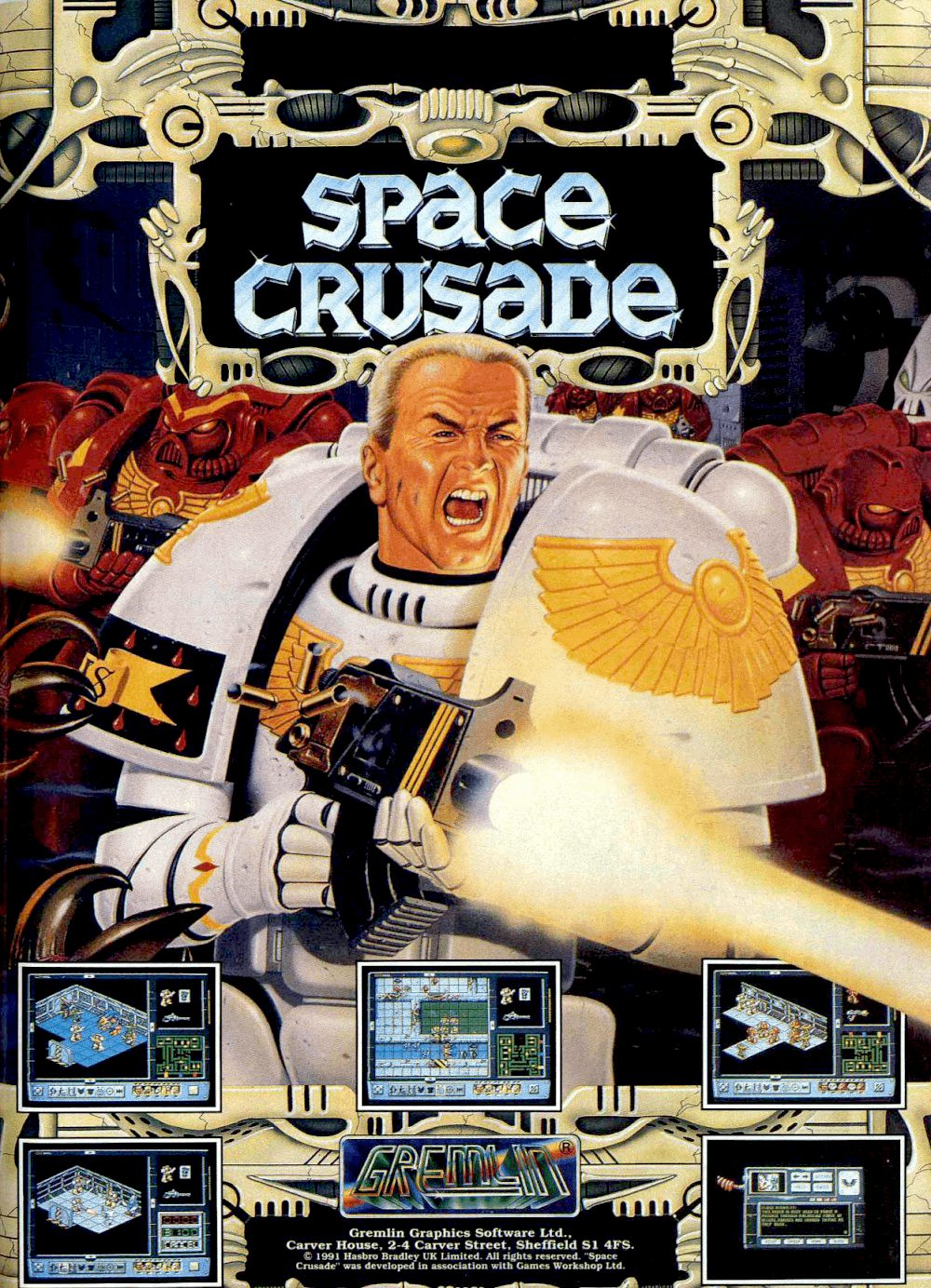 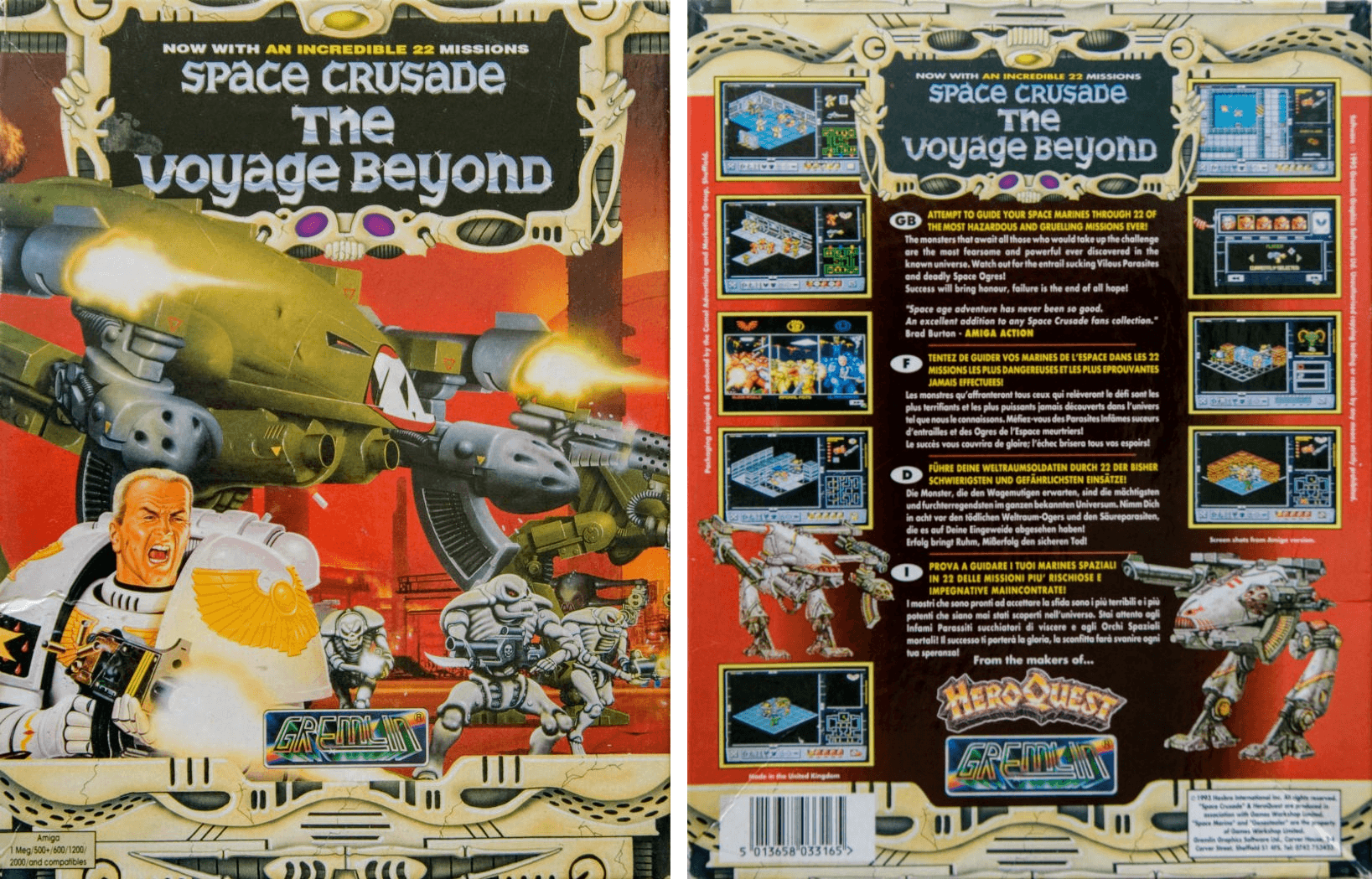 After the success of the original Space Crusade, Gremlin Graphics created 10 new levels. These had higher difficulty than the previous ones, and included new monsters and game features. This edition includes the original game and the new levels, making for 22 levels in total; a lower-priced pack with just the new levels was also released at the same time.