Description
An action/puzzle game, the object is to catch assorted color falling tiles and create rows, columns, or diagonals of a single color. Each level requires a different pattern to be made, and the tiles fall faster, more at a time, and in an increasing number of colors as the game progresses.

Development
Dave Akers programmed Klax in just a few weeks using AmigaBASIC, then ported it line-by-line to C. In a 1990 interview, he said he wanted to "produce something playable, compact and relatively quick to develop." His influences were both Tetris and tic-tac-toe. He chose the name from the sound tiles make rolling across the screen. Atari Games released Klax in February 1990, and soon called it a "major arcade hit".[4] They quickly released several home versions under the Tengen brand. Akers created the Nintendo Entertainment System and Genesis editions himself. Some 16-bit conversions featured improved graphics. Klax received the Parents' Choice Foundation's seal of approval in 1990, won Best Mind Game at the 1991 European Computer Leisure Awards, and Dennis Lynch of the Chicago Tribune named it the Best Cartridge of 1990.

Midway Games gained the rights to Klax upon purchasing Atari Games in 1996. The title has been re-released in retro compilations for modern consoles. A 1999 press release called it Midway's "tic-tac tile puzzle game." Mike Mika, who was working on the Game Boy Color version of the game, placed a hidden wedding proposal inside it. It took his then girlfriend three years to uncover the proposal. Mike Mika also placed a hidden Snake-like game as well as a mini-adventure game within the game as easter eggs.

After the arcade version, Klax saw ports to most contemporary home computers and video game systems of the 1990s, including the Atari Lynx, Amstrad GX4000, and even the Atari 2600 as its final official Atari-licensed release exclusively in Europe. Klax was the first game with versions for all three of the 1990s' leading consoles: the Nintendo Entertainment System, the Genesis and the TurboGrafx-16. Klax was included in Arcade Party Pak for the PlayStation. The game was also reissued in Midway Arcade Treasures, a 2003 compilation for the Nintendo GameCube, PlayStation 2, Xbox and PC. It also appeared in Lego Dimensions.

Arcade version
Strictly speaking, this isn't a coin-op conversion per se, as the home and arcade versions were developed alongside each other. The top home versions (PC, Amiga and ST) are identical to the arcade game. 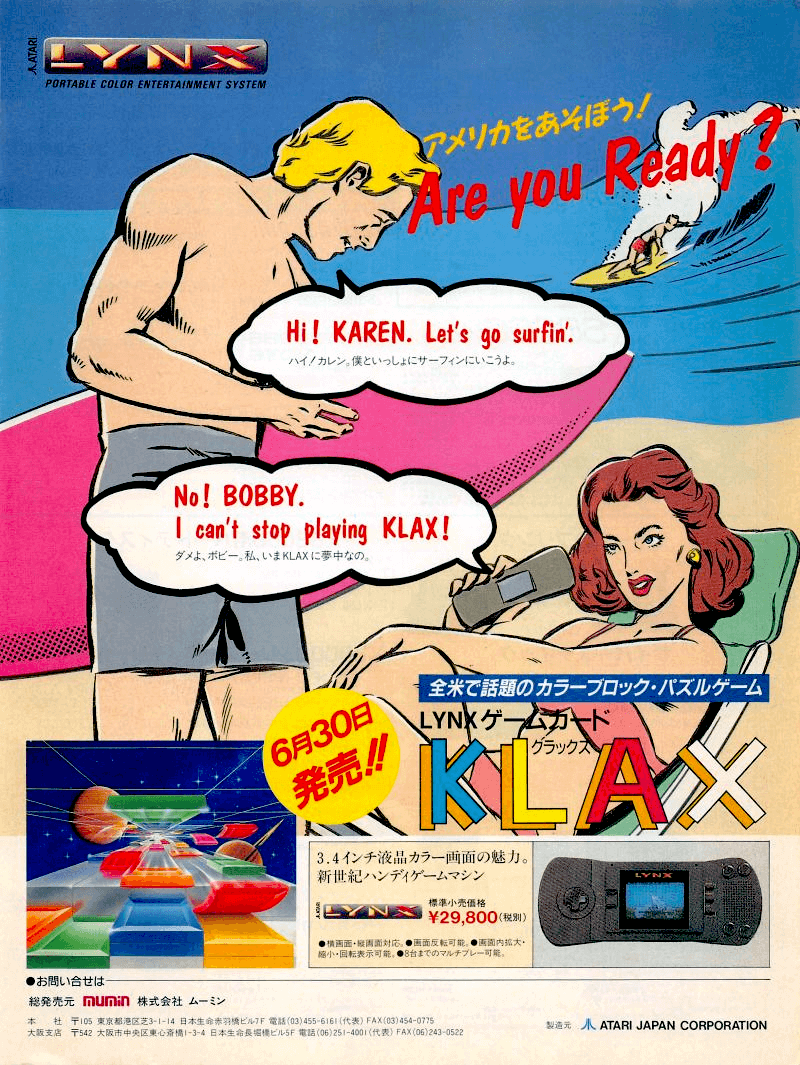 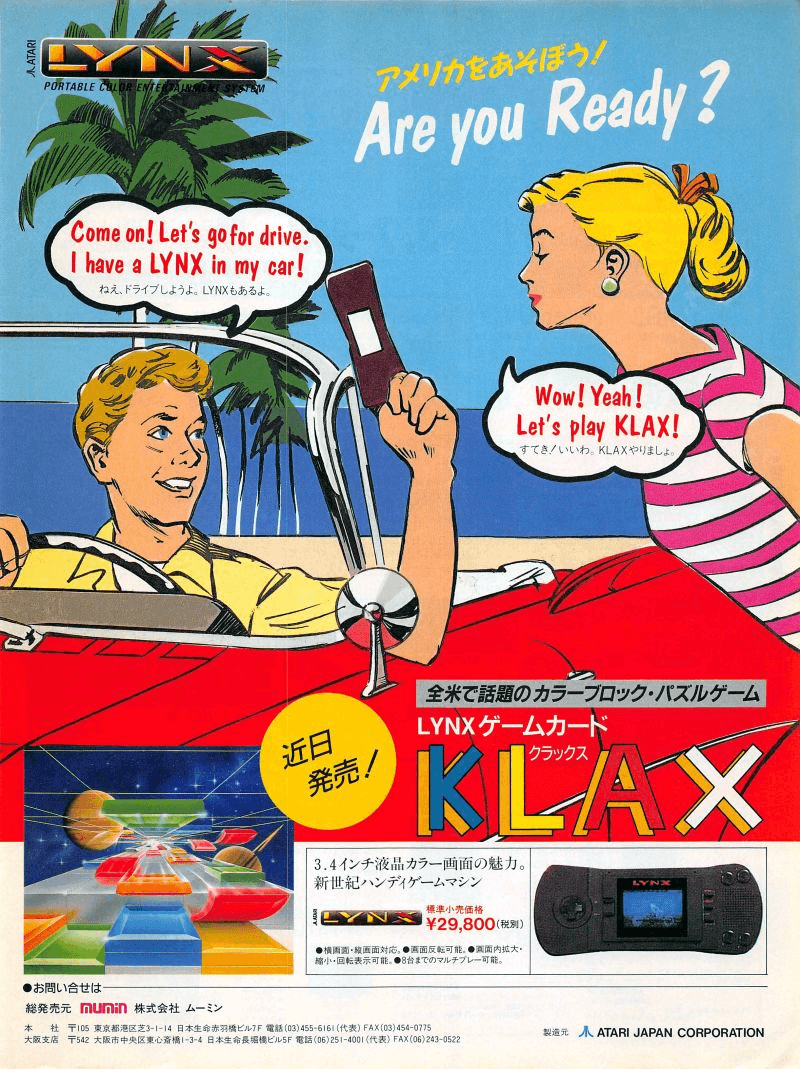