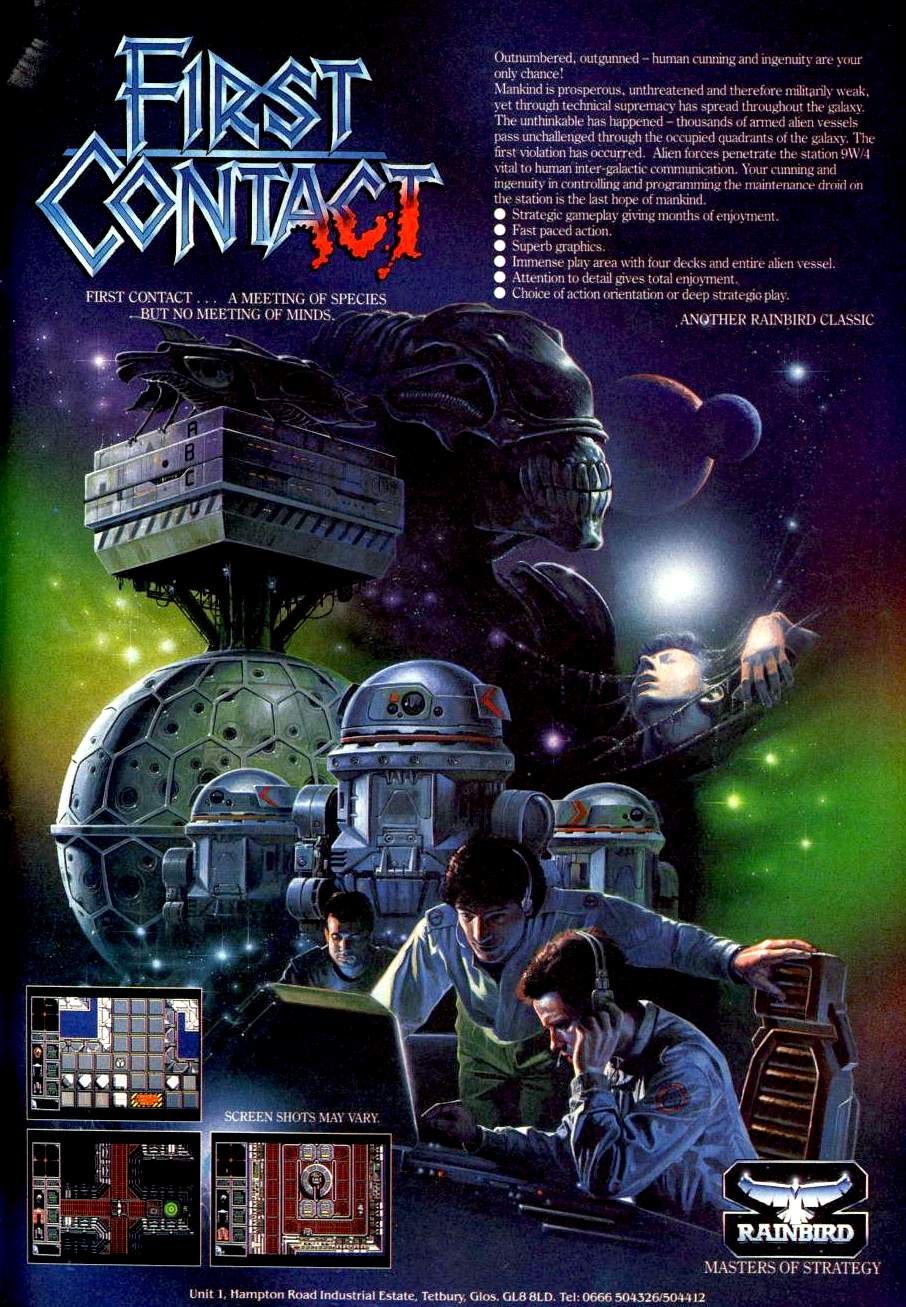 In First Contact, a communication space station is overrun by aliens. The player takes control over the maintenance droid with the goal to keep the station running as long as possible. The aliens will destroy vital part of the station and the droids need to repair them. There are also other important tasks like getting repairing equipment out of lockers or refueling.

The player does not control the droid directly, but programs a script which is then performed independently. If the droid is interrupted, they stop the program and don't fight back. It has to be manually restarted by the player.

To be more effective, the droid can be split into three droids with different abilities which have to be programmed individually. The game ends when all droids are disabled by the aliens, but if only one or two are down they can be repaired. There are four decks which can be reached through teleports. 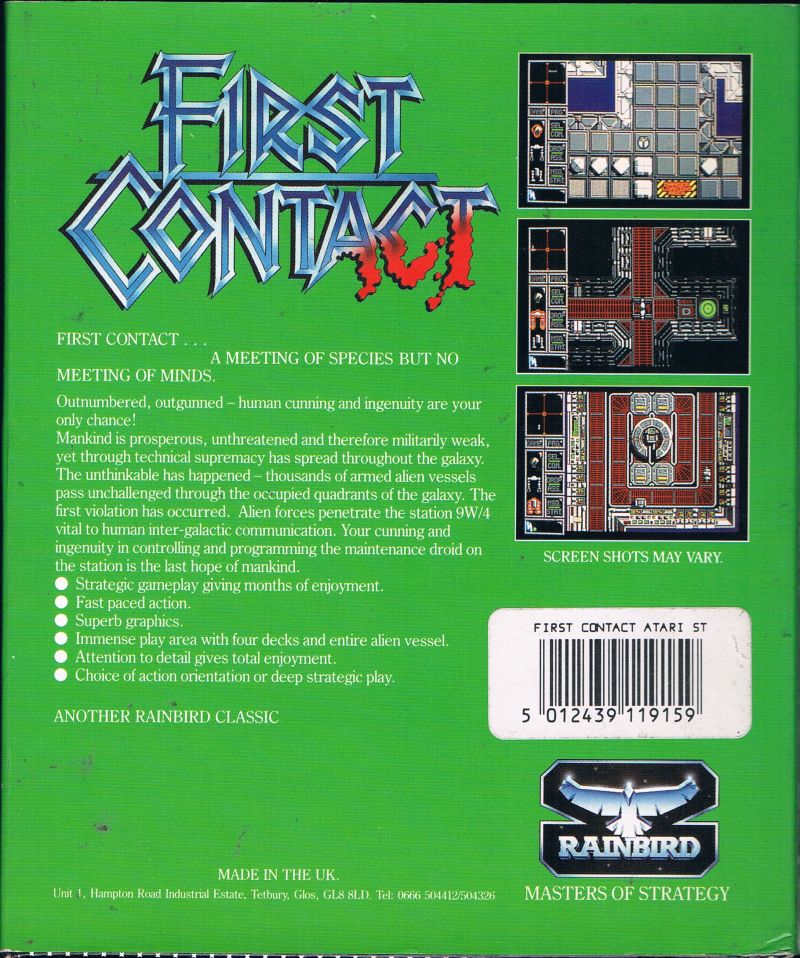