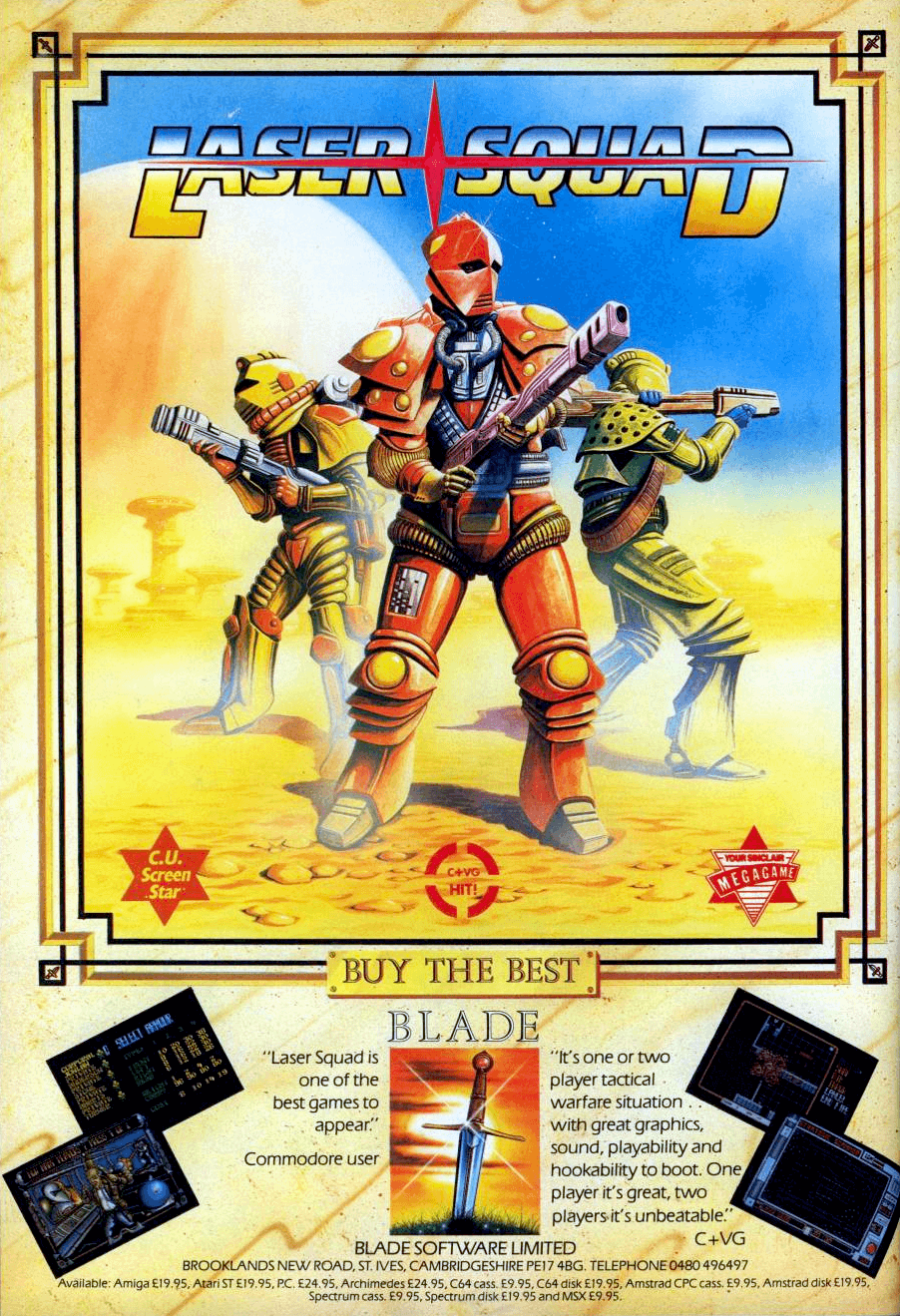 Description
In Laser Squad you control a group of space marine-like soldiers (and the occasional cyborg). Before taking them into battle (viewed from above and progressing in turns), you must buy them weapons and armour with a predetermined amount of credits, taking into account the individual abilities of your squad. Unlike X-COM, the soldiers do not gain experience over time. The game also features a two player hotseat multiplayer option.

Trivia
It was designed by Julian Gollop and his team at Target Games (later Mythos Games and Codo Technologies) and published by Blade Software, expanding on the ideas applied in their previous Rebelstar series of games.

Legacy
Rebelstar and Laser Squad are among the earliest examples of turn-based unit-level wargame video games. In 1990, Mythos Games released a fantasy game Lords of Chaos, which had many similarities to Laser Squad but was a follow-up to Gollop's earlier ZX Spectrum game Chaos: The Battle of Wizards. The Laser Squad franchise has been revived by Gollop's Codo Technologies in 2002 with the play-by-email game Laser Squad Nemesis, although this departs from the turn-based action point system and does not have customizable weaponry.

Cutscenes
Some of the graphics in the game's cut scenes (for instance, Sterner Regnix's communications officer) are literally lifted from the Star Wars films. 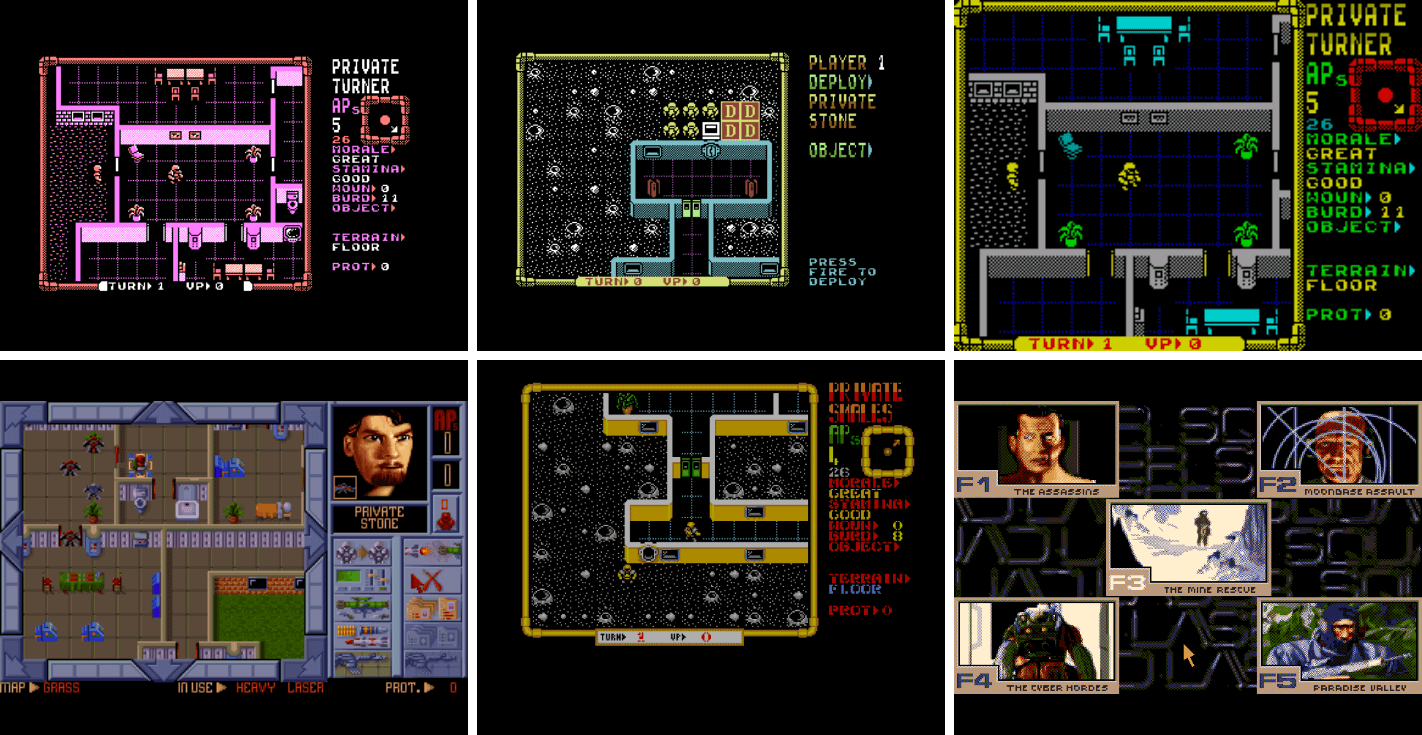 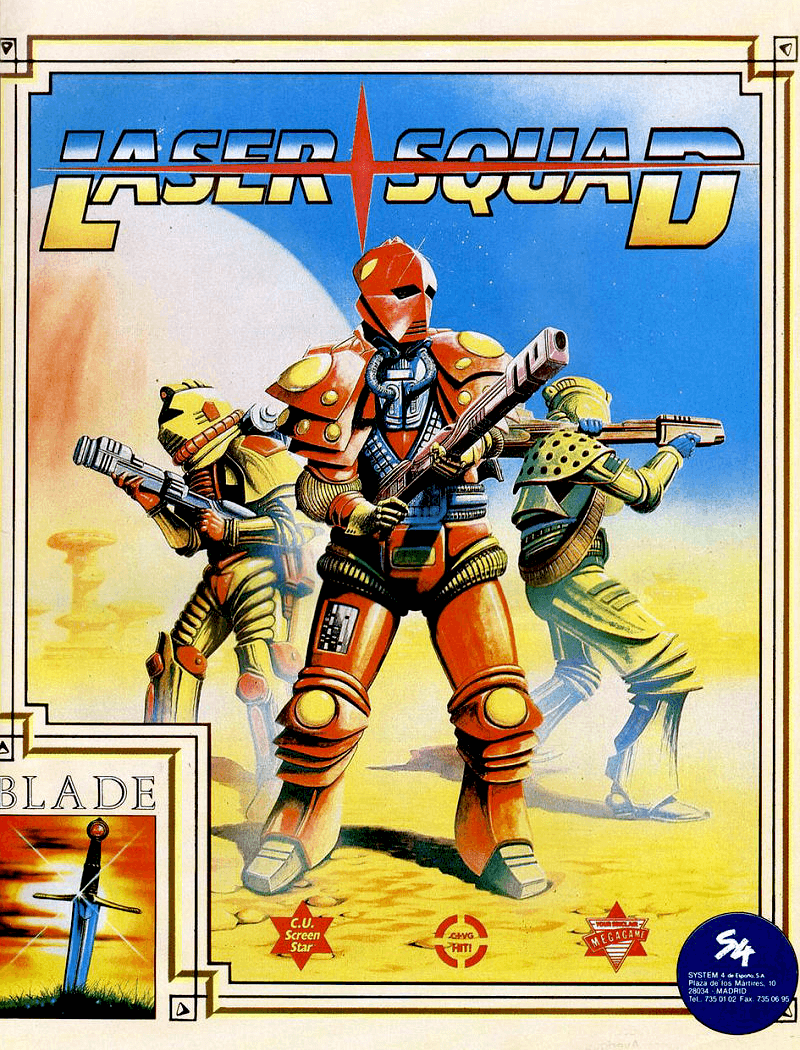 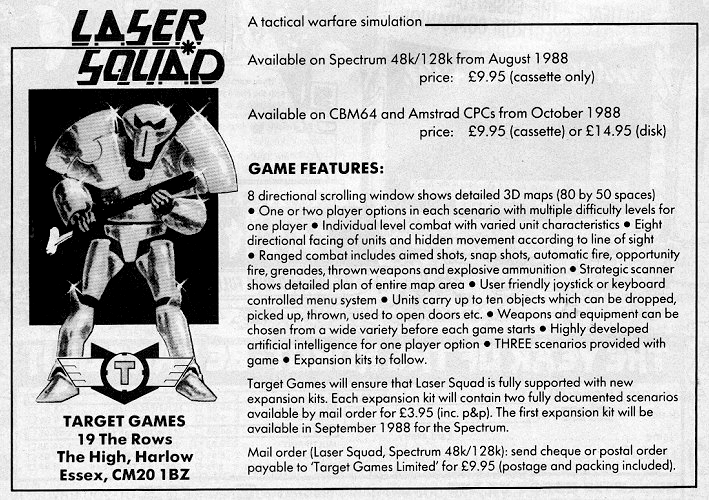