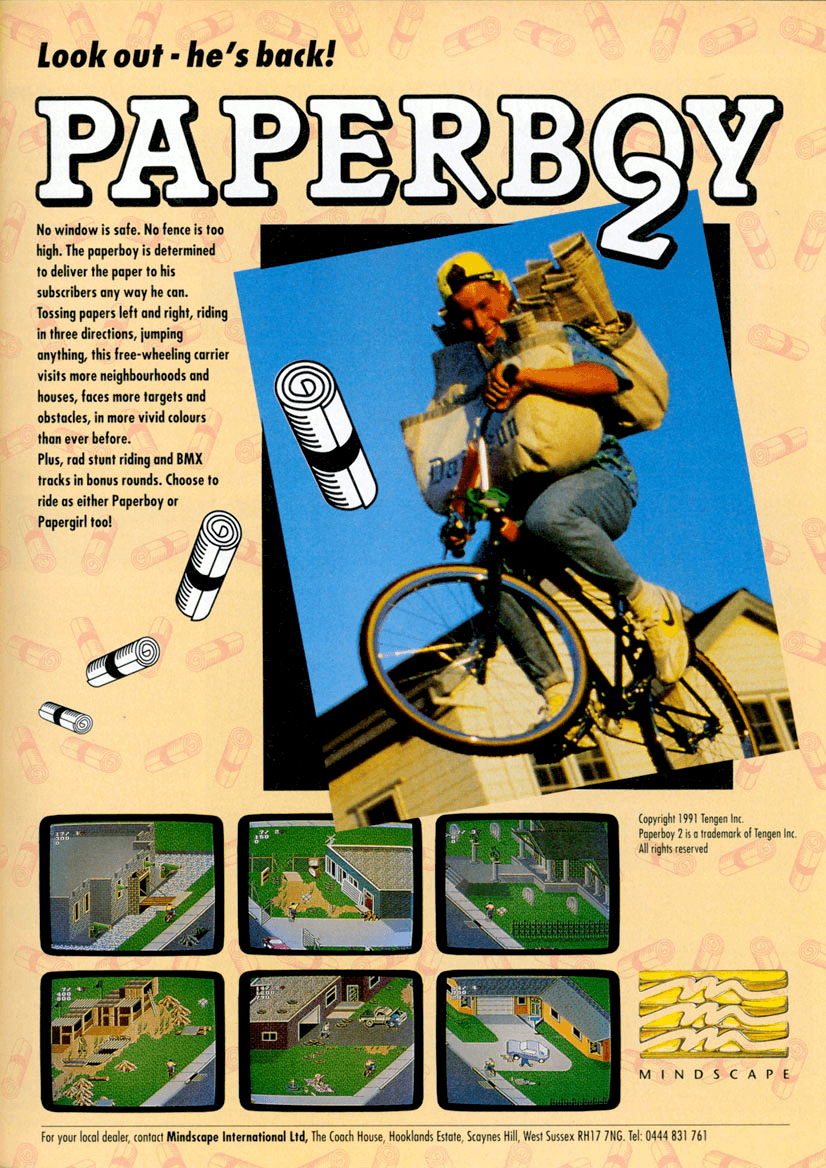 Paperboy 2 is a sequel to the video game Paperboy. It was released in 1991–1992 for a large number of home systems. While Paper boy debuted in arcades and was subsequently ported to home systems, this game was only released for consumer systems.

Gameplay
The game was much like the original: the player controls a paperboy (or papergirl) who must navigate a bizarre series of obstacles, such as tires rolling down a driveway while a car is being repaired, or strange houses like a haunted house, while trying to deliver the morning paper to various customers on a street (though unlike its predecessor, papers had to be delivered to houses on both sides of the street). Like the original, the game is renowned for its difficulty.

There are four specific actions that can be taken somewhere in the middle of each stage that reward the player with a front page photo on the newspaper afterwards. Such actions included breaking a window with a paper, where the next day's paper would read "Mysterious Vandalism Baffles Police", showing an angry policeman looking at broken windows. Others could be coming across a gas station being robbed and hitting the gunman with a paper behind his back, then having the next day's paper headlined with "Paperboy {Papergirl} Foils Armed Robbery" or seeing a runaway baby carriage and stopping it with a paper, and the forthcoming headline being "Girl {Boy} Saves Breakway Baby". Both heroic stories would show a happy policeman rewarding the paperboy with candy. 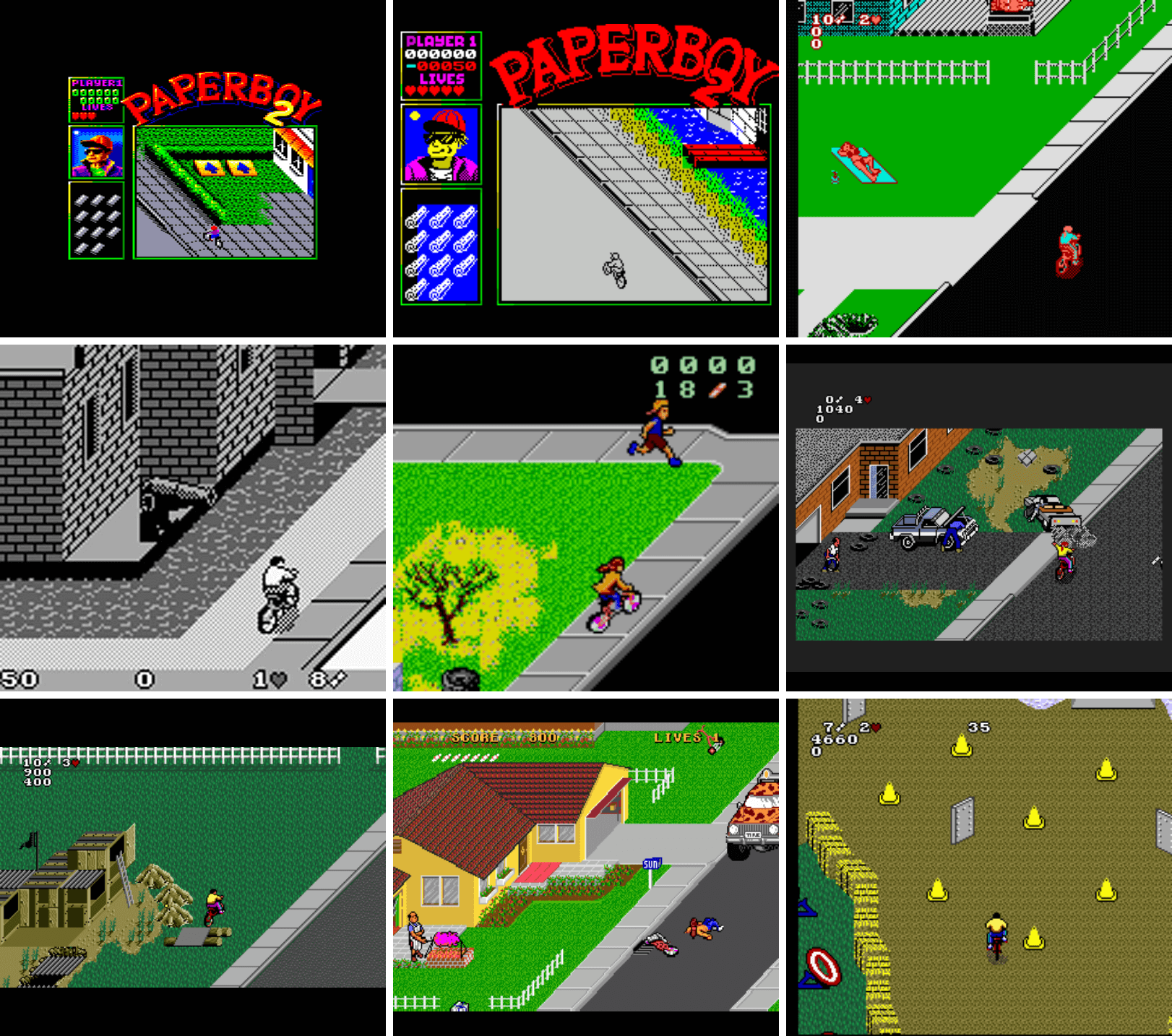