Friday The 13th: The Computer Game - Video Game From the Mid 80's 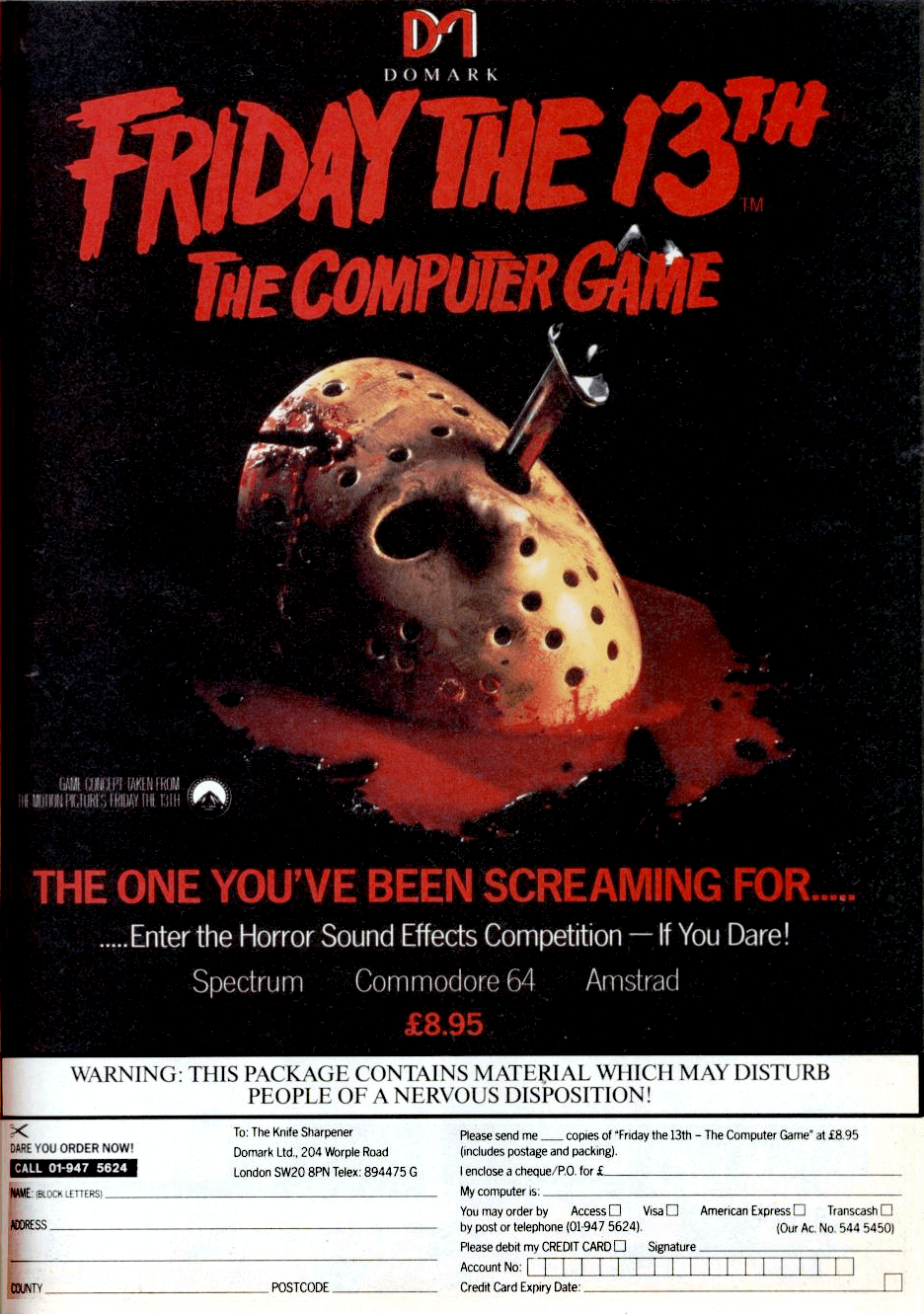 Description
Jason Voorhees is hiding in the forest, waiting to avenge his mother's death, when a party of teenagers visit the eerie Crystal Lake holiday camp near the killer's filthy grotto. Jason puts on his hockey mask and sharpens his machete, ready for a razor-sharp massacre.

Ten of your friends are lost in the surroundings of Crystal Lake. Jason is out there to hunt them down. It's up to you to find him and kill him before he kills you. Luckily, there are a lot of weapons to be found in the scenery, ranging from small knives to chainsaws. Unfortunately, Jason looks like a normal player until he attacks or is attacked. So it's up to you to identify him and end the nightmare by killing Jason.

Depending on the number of friends surviving when Jason is killed, you'll get bonus points. You'll then start over again with a different character.

Competition
The original Domark releases for the Commodore 64 and Amstrad contained a Horror-Sound competition. The first five entries that correctly identified the ten sounds heard while holidaying at Crystal Lake would win a Eureka colour monitor. 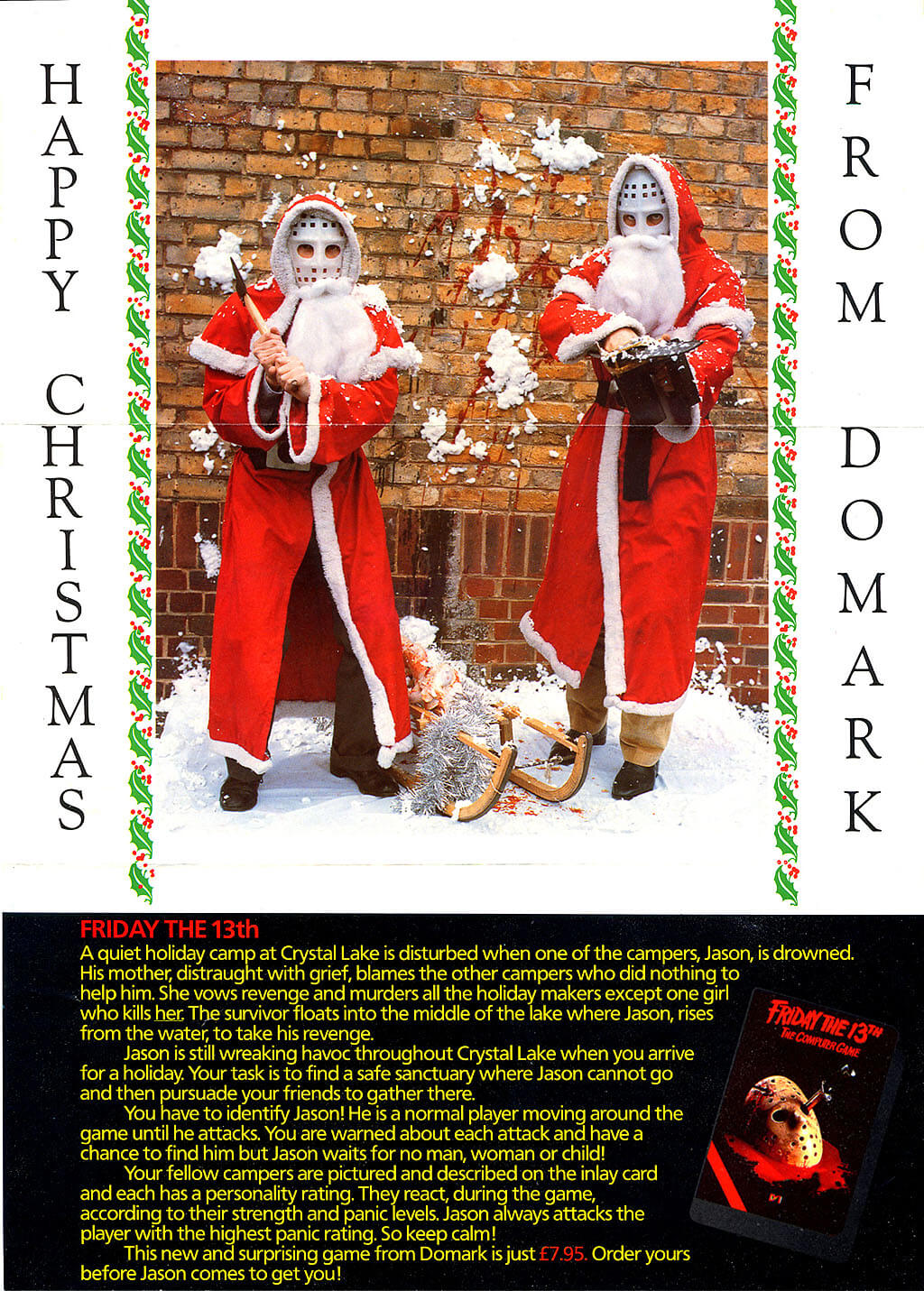 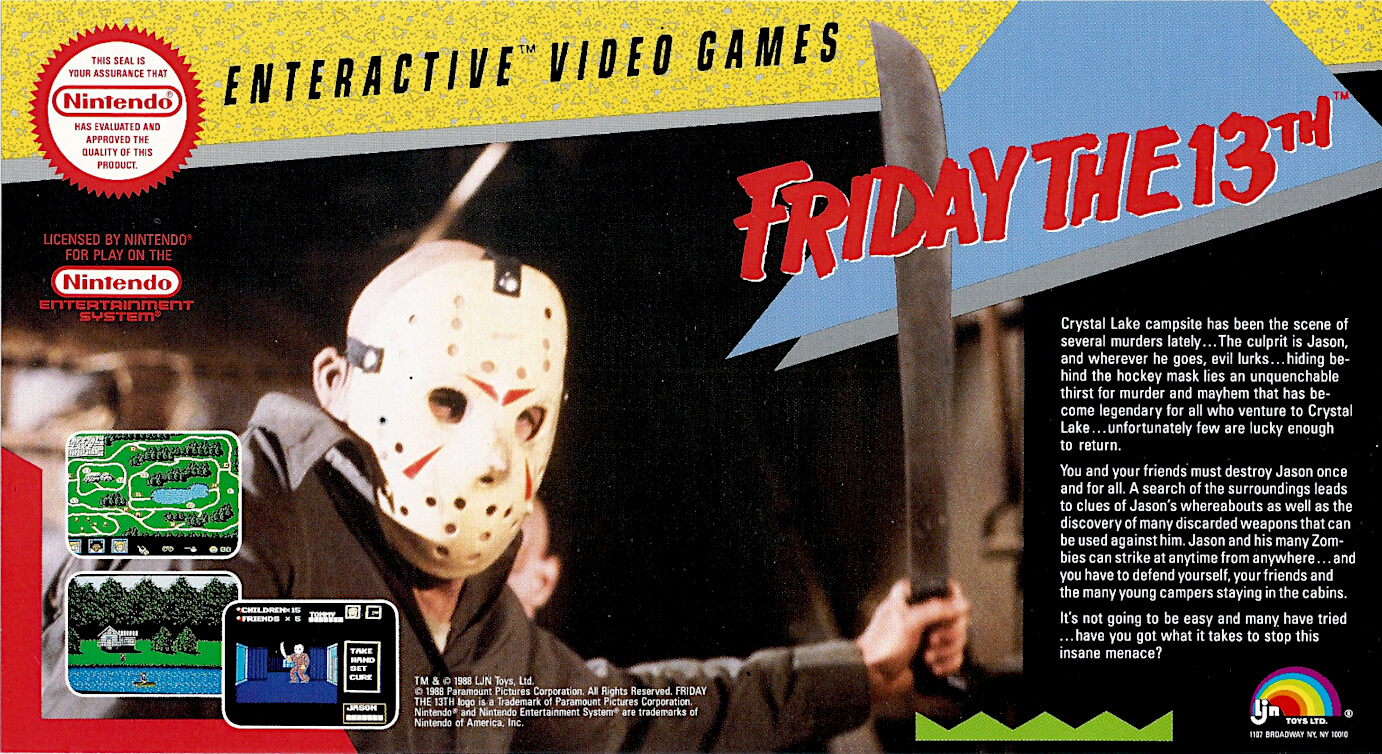 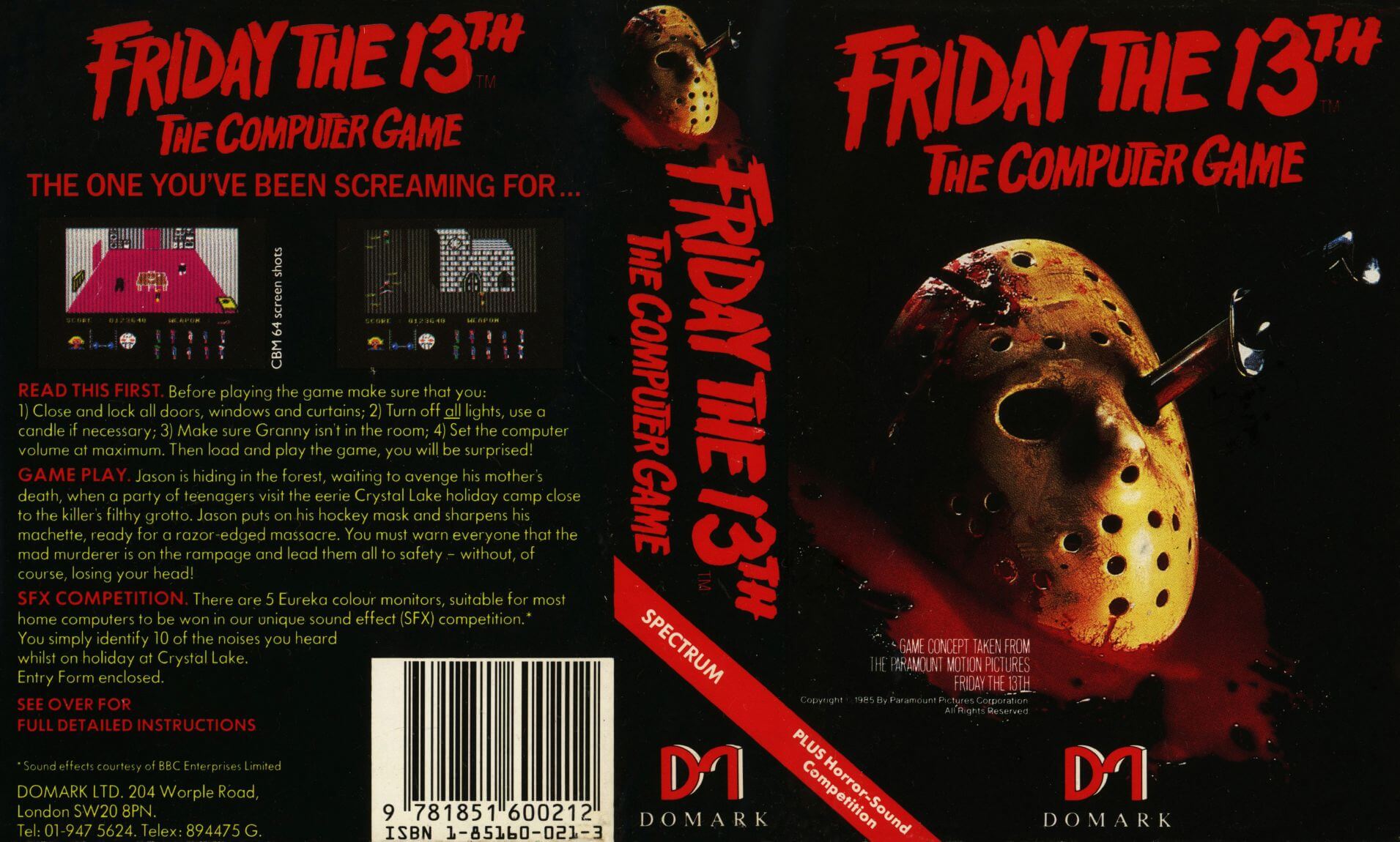 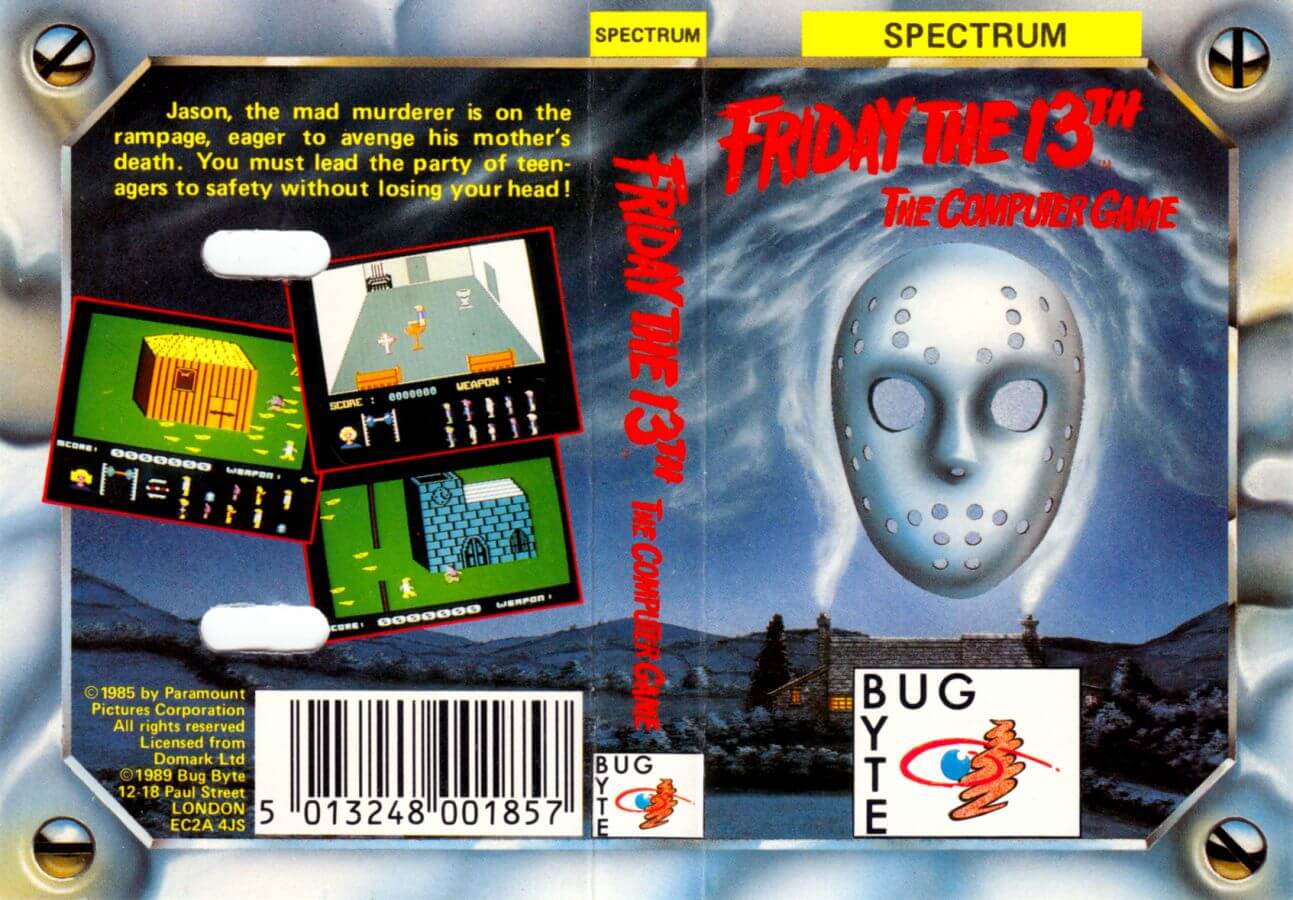