Ultima V: Warriors of Destiny (1988) is the fifth entry in the role-playing video game series Ultima. It is the second in the "Age of Enlightement" trilogy. The game's story take a darker turn from its predecessor Ultima IV. Britannia's king Lord British is missing, replaced by a tyrant named Lord Blackthorn. The player must navigate a totalitarian world bent on enforcing its virtues through draconian means. 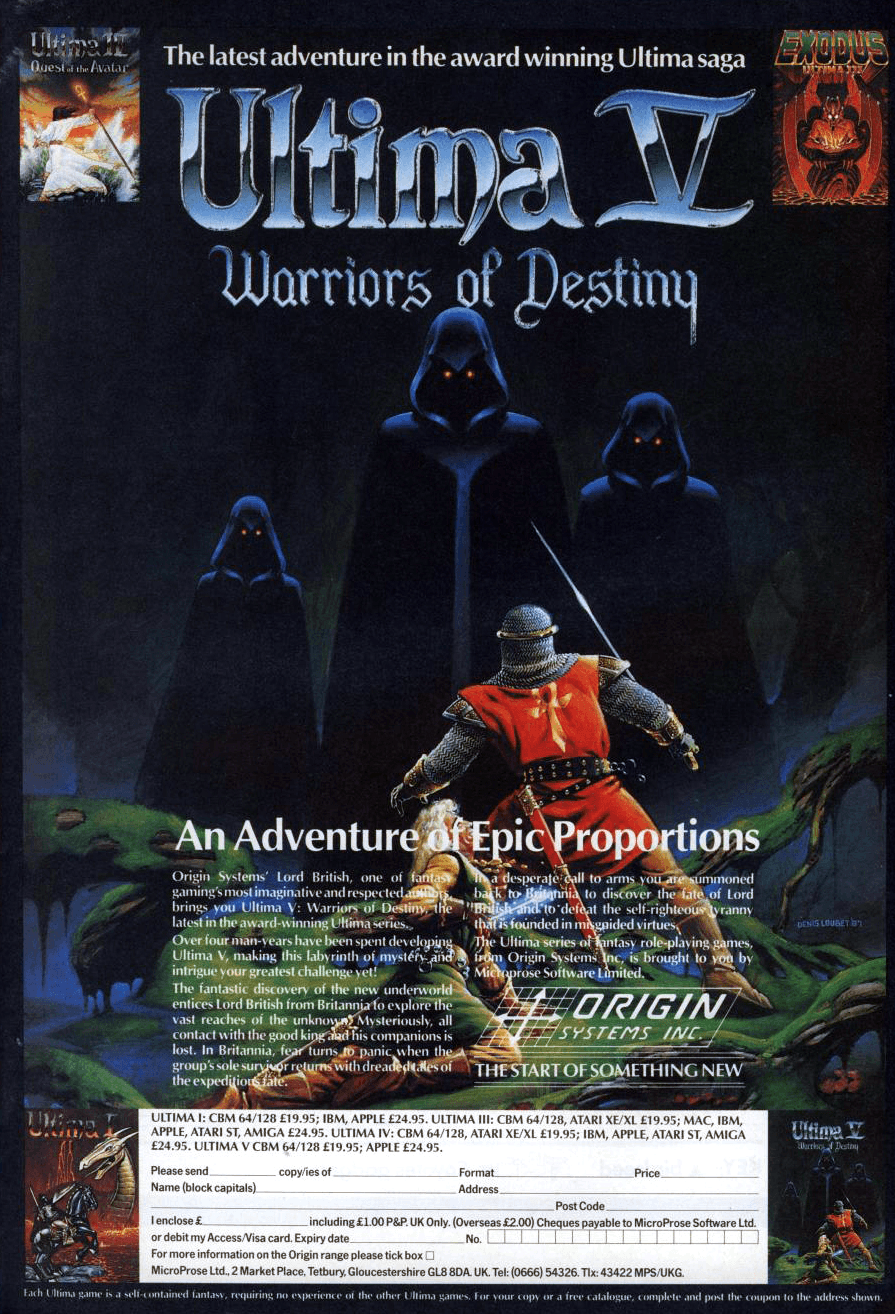