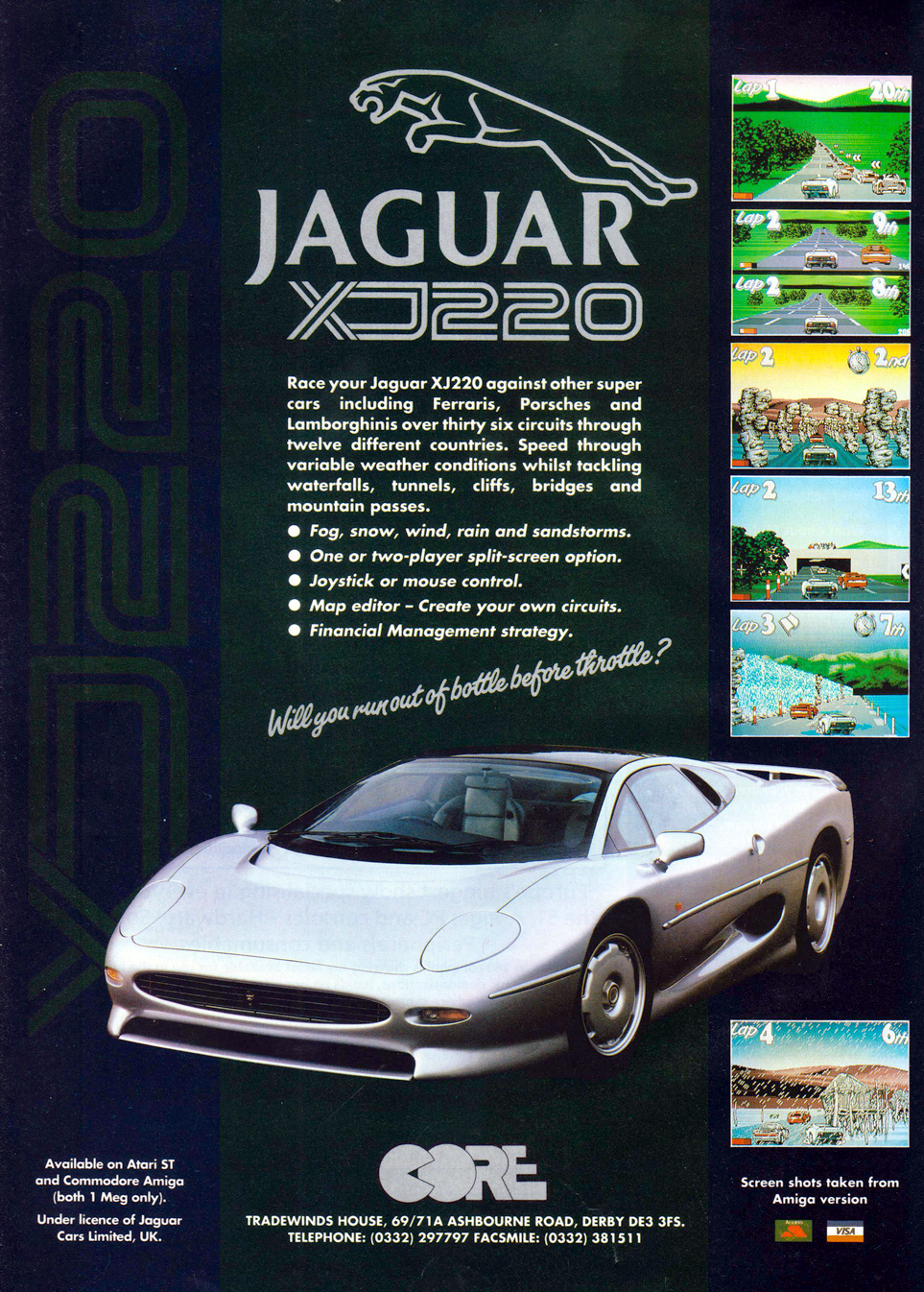 In the early nineties, the Jaguar XJ220 was the fastest serial-produced car ever. Core Design acquired the right to build a game around it, in a move to counter Gremlin's immensely successful Lotus series.

Just like Lotus, Jaguar XJ220 is viewed from behind the racer. There are 32 tracks all over the world, with varying road conditions and animated weather conditions such as rain and fog in England, snow in Switzerland, and tumbleweed crossing the street in Egypt. You race your Jaguar in a constructor grand prix, with opponents running for Porsche, Ferrari and other famous makers. Between races, you must mend the damage your car has sustained, which eats up your prize money. Background music is selected through a dashboard CD player, which also features some rather uninspiring radio stations.

The game can also be played in a two-player split-screen mode and features a track editor for when you tire of the built-in courses. 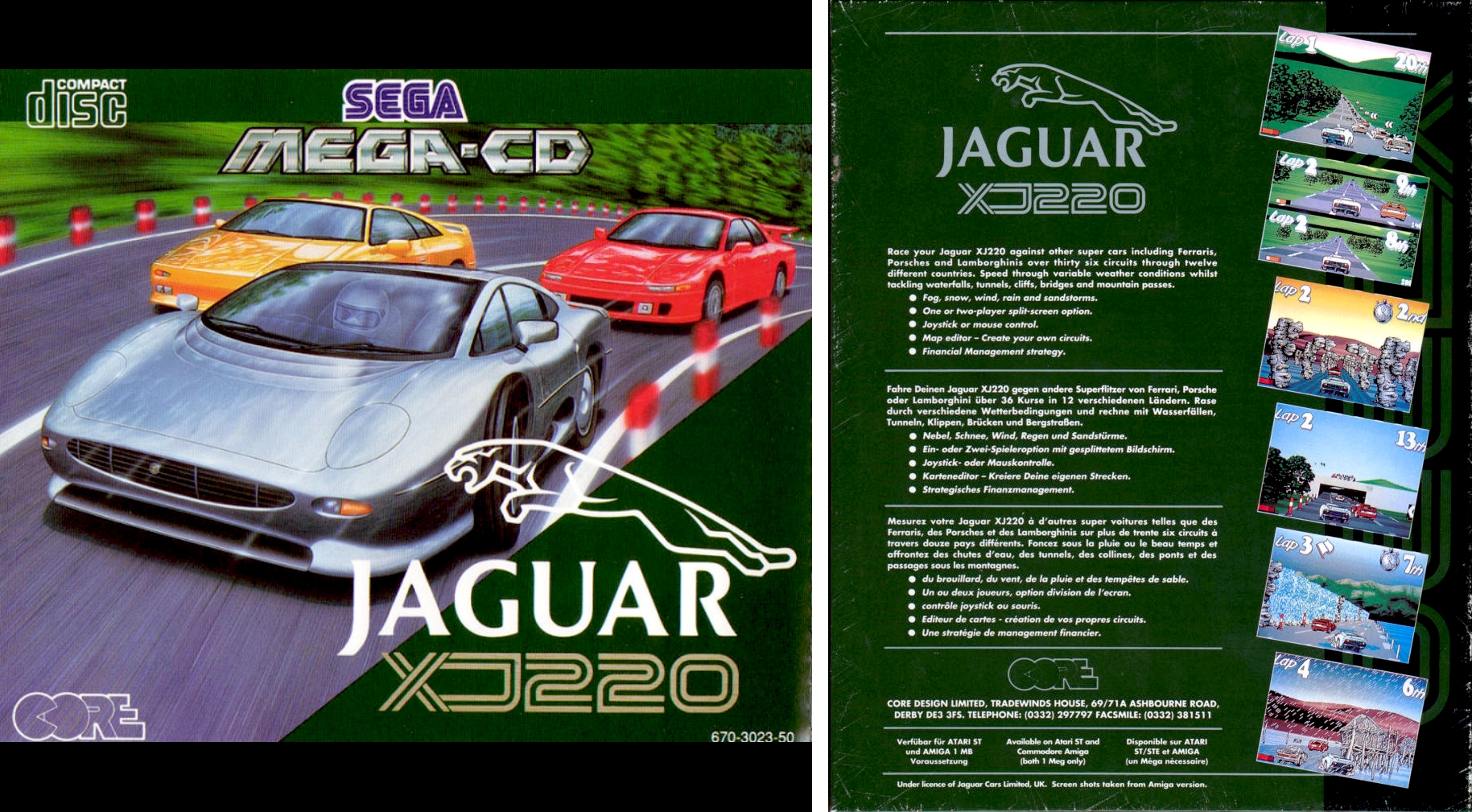 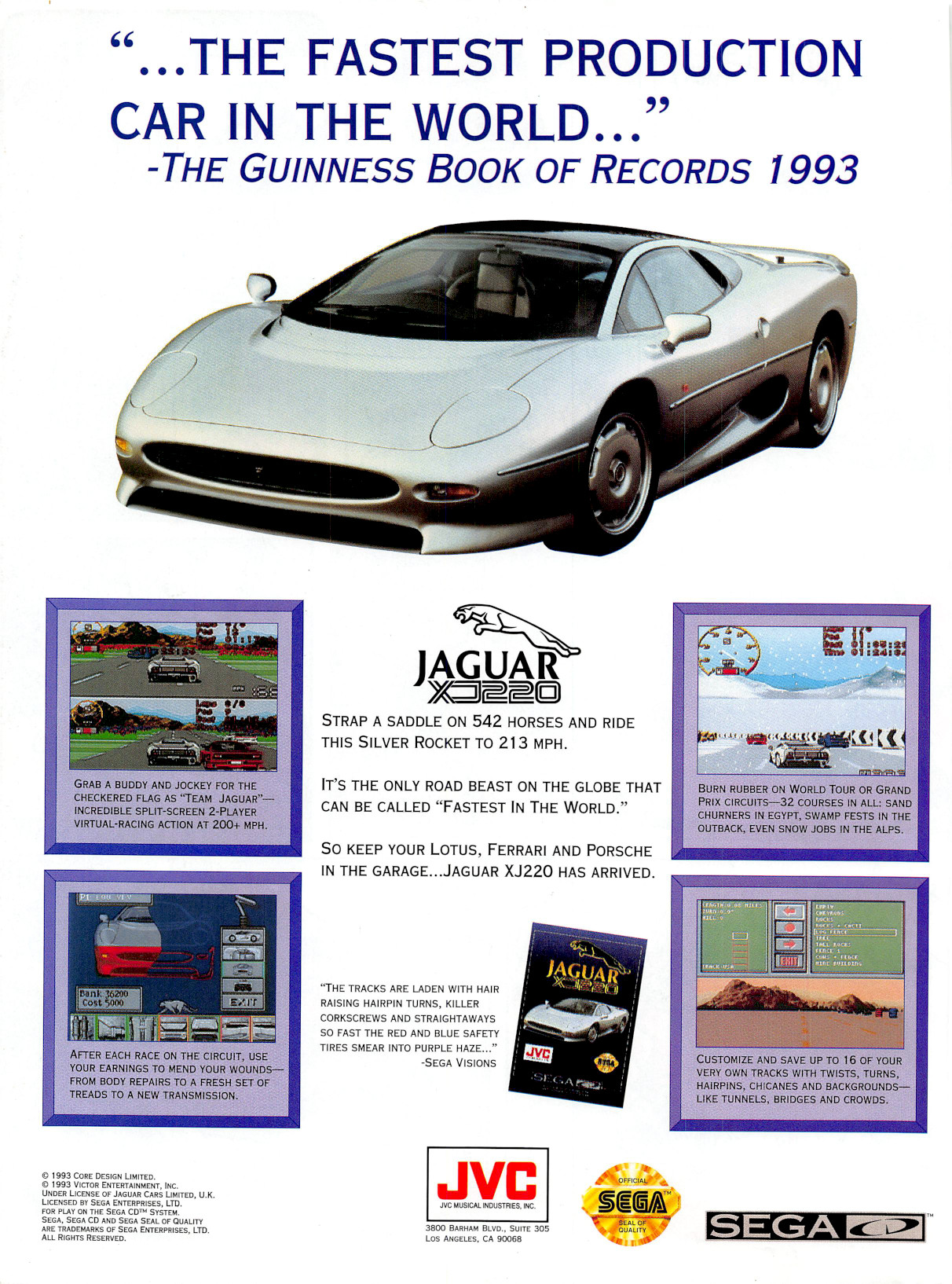