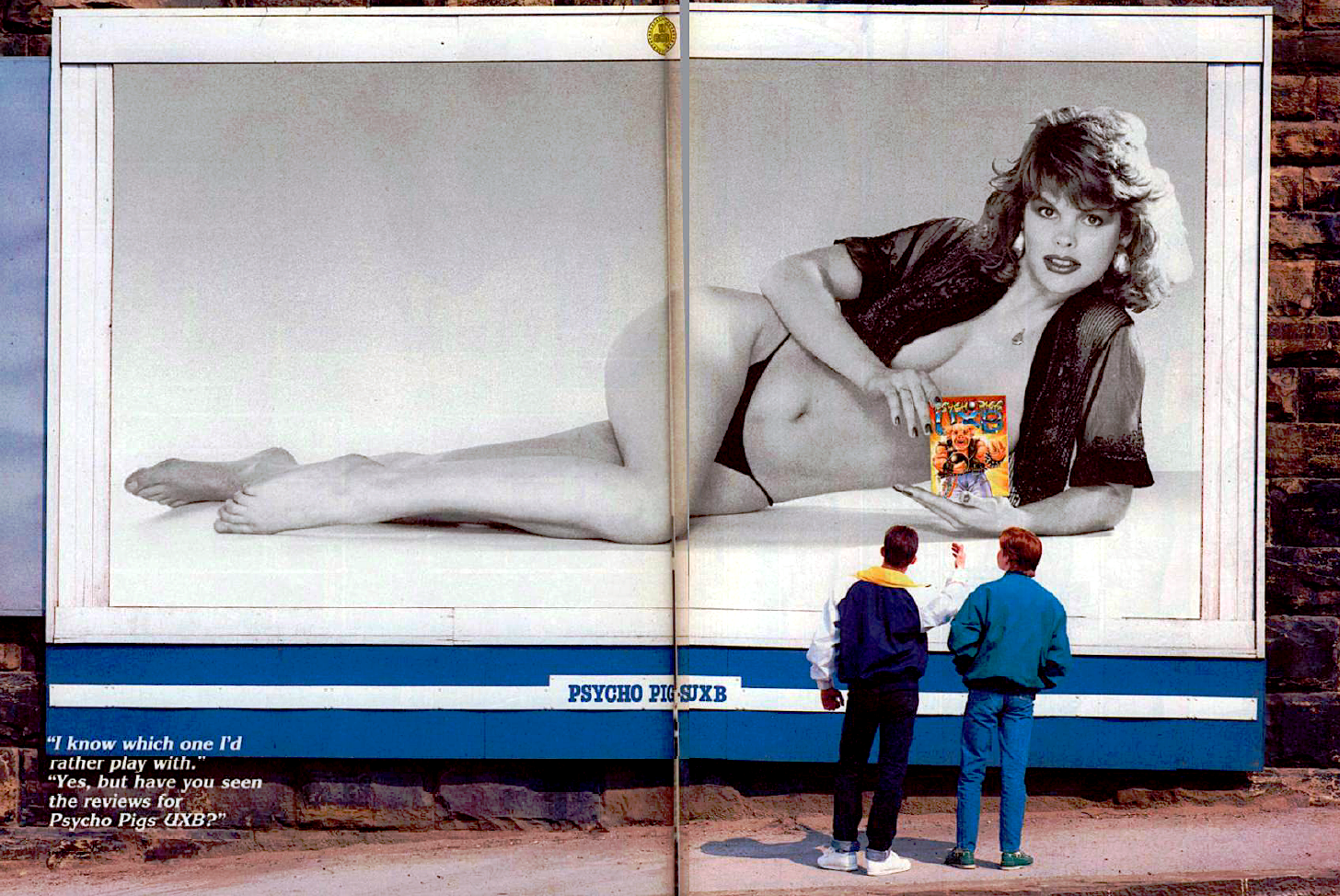 The object of Psycho Pigs UXB is to eliminate your opponents (who are pigs) by throwing bombs at them. When thrown, the bombs will count down from the number shown on the bomb, exploding when they reach zero or when they hit their target, whichever comes first. Items can be picked up along the way that will help you defeat opponents, like a knapsack that allows you to carry more than one bomb at a time. After certain levels, a bonus game appears, and the object of this game is to attempt to kiss the lady pigs as they pop in and out of holes.

Advertising U.S. Gold caused controversy with its advertising - a poster of a partially-clothed woman holding the game box, with two boys staring at her, one saying "I know which one I'd rather play with".

Other versions The game is a conversion from coin-up systems where it was known as Butasan (also known as "Mr. Pig" and "Pig and Bombers"). 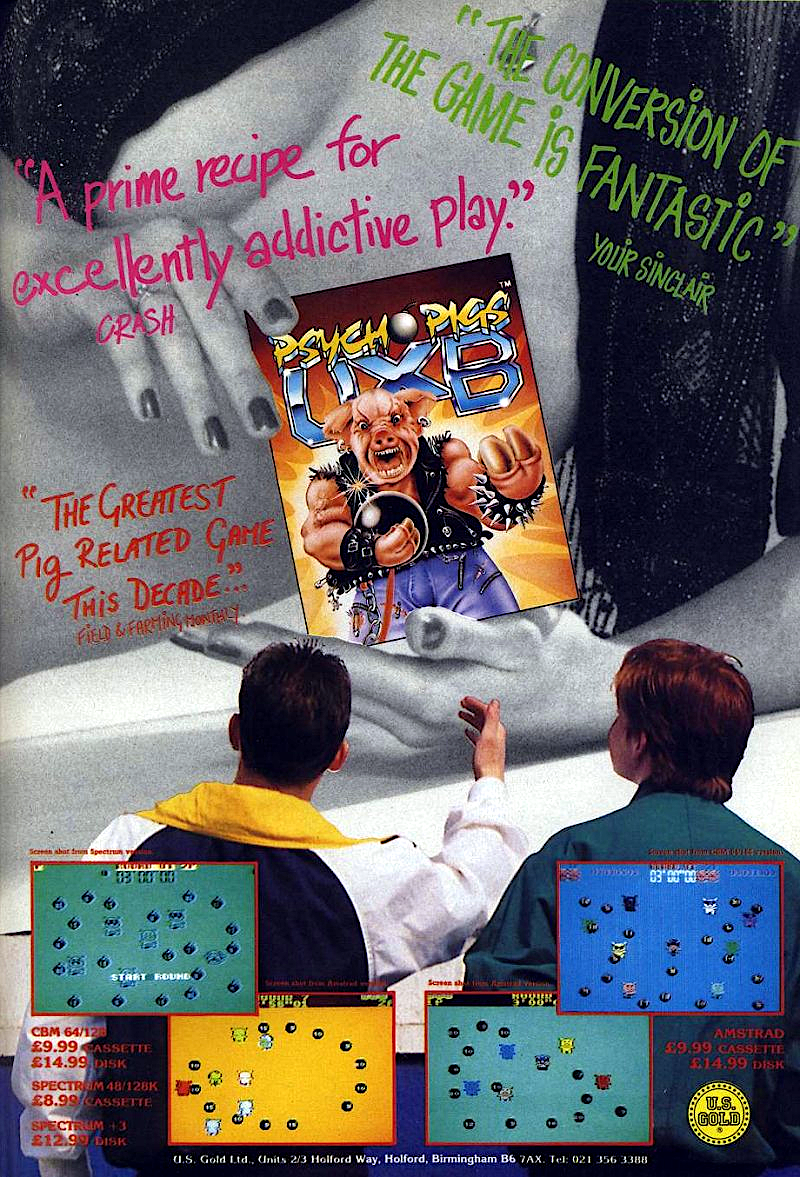