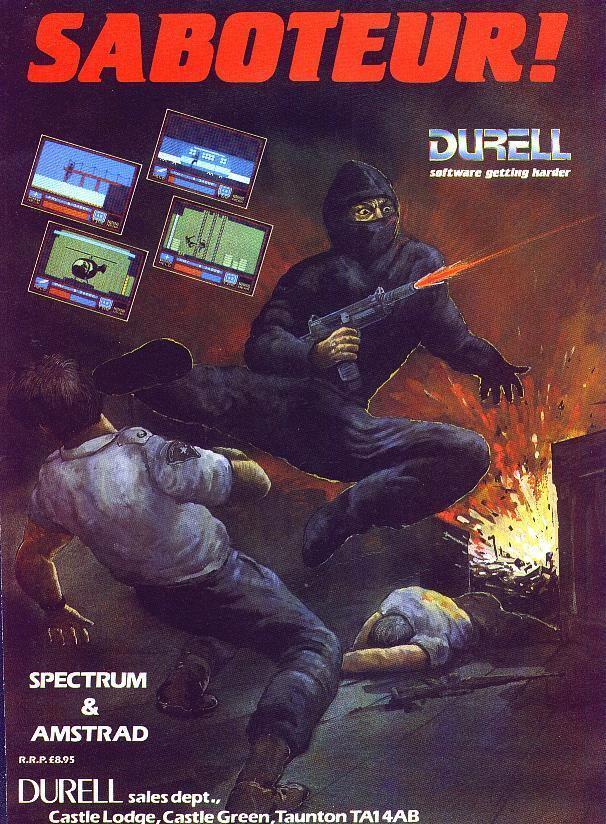 Description
Saboteur combines platform, beat 'em up and stealth elements, setting you as a lone samurai trying to infiltrate an enemy complex. You are capable of all manner of ninja-style moves including kicks and punches, as well as using weaponry. You must travel through an underground complex linked mainly by platforms and ladders, before triggering a bomb and escaping the complex. Your energy recharges if you stay still, so finding areas free of guards (kill these for money) and dogs (avoid them; killing them gains you nothing) is useful, especially as you only have one life. There's plenty of object manipulation involved, although only one item can ever be carried at a time.

Development
Saboteur! was based on routines and ideas from Clive Townsend's Death Pit, a game that was cancelled before development on Saboteur started. The prototype for Death Pit has been recovered and made available at World of Spectrum.

Legacy
The game was followed by Saboteur II: Avenging Angel in 1987.

Several developers worked on a third game (names such as Saboteur 3, Sabot3ur and Saboteur 3D), none of which were ever released.

The official Saboteur! remake was launched by Clive Townsend in December 2015, and contains an extended map, plot, and gameplay. The game can be played online, and contains the original Spectrum and C64 gameplay and graphics. 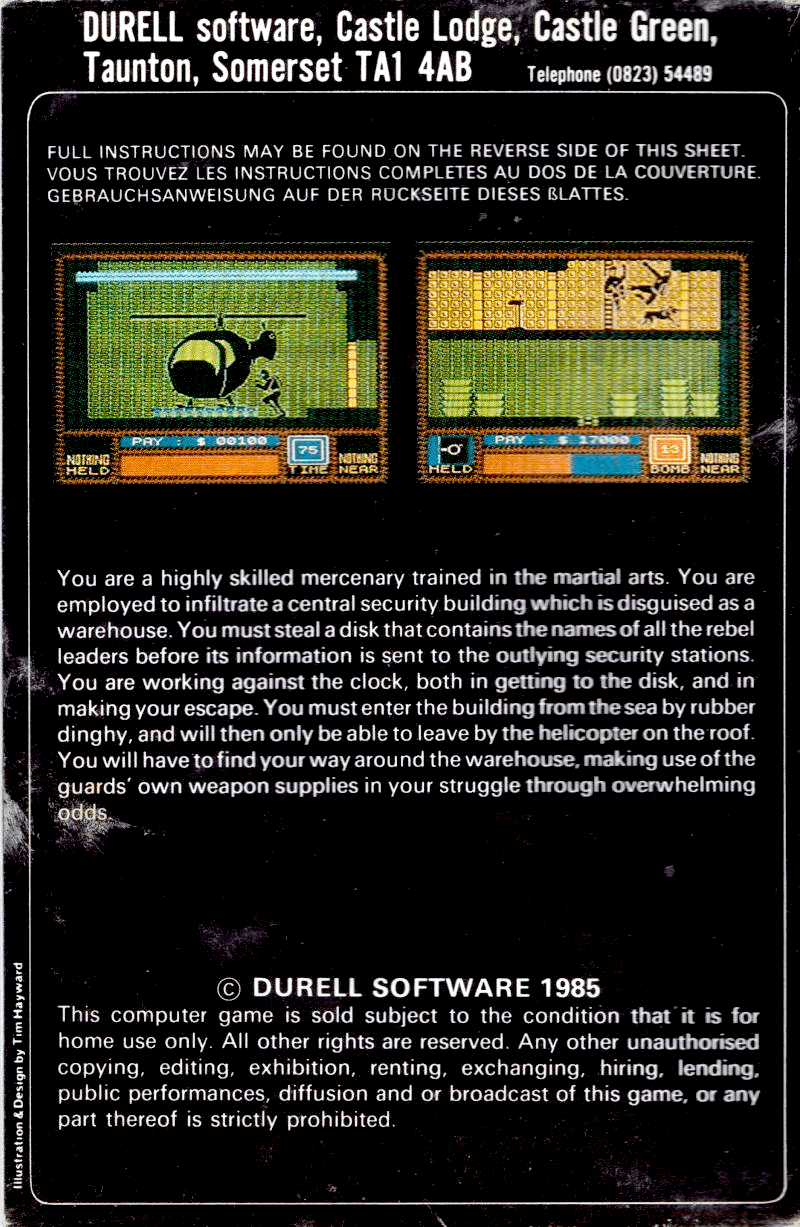 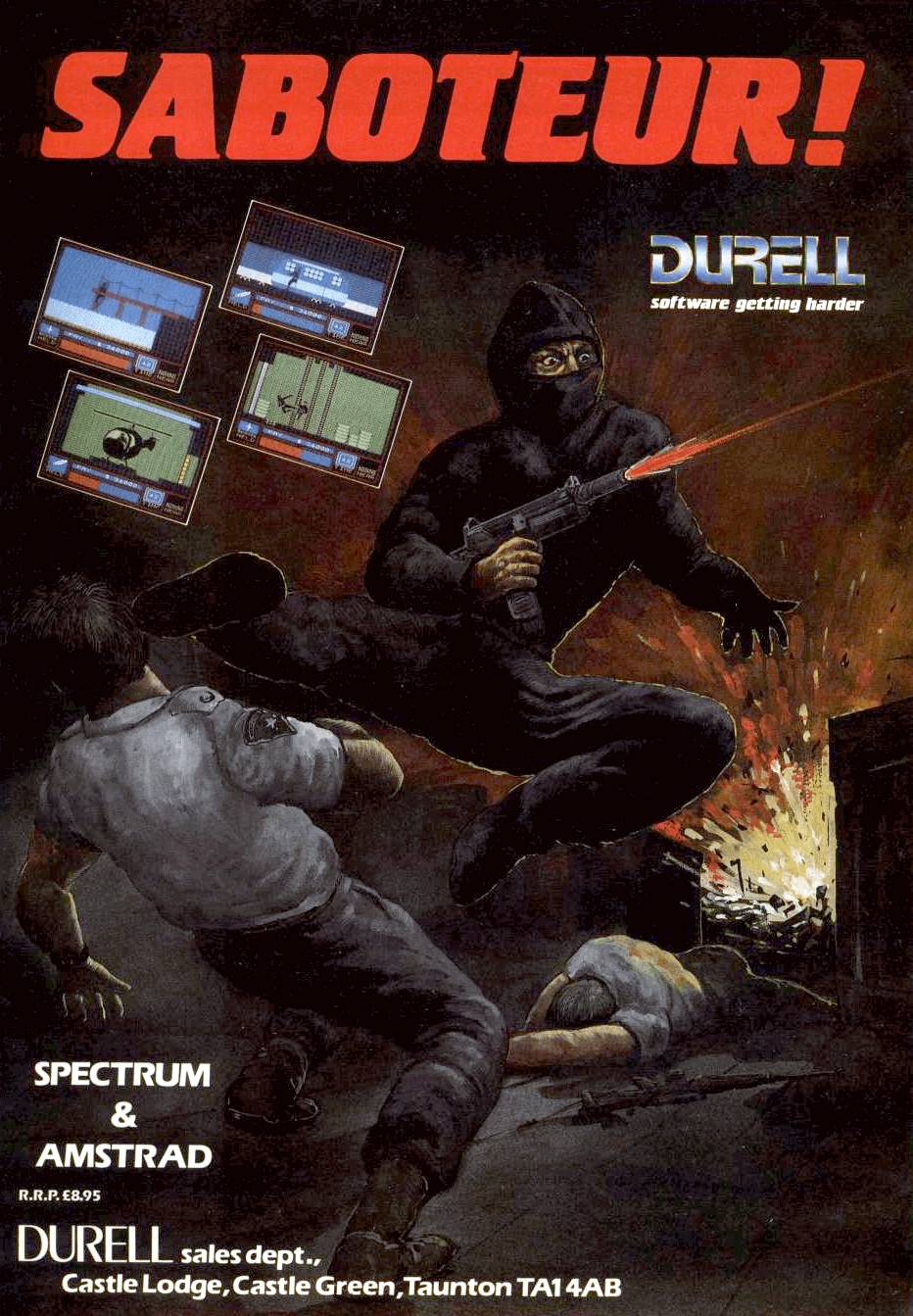