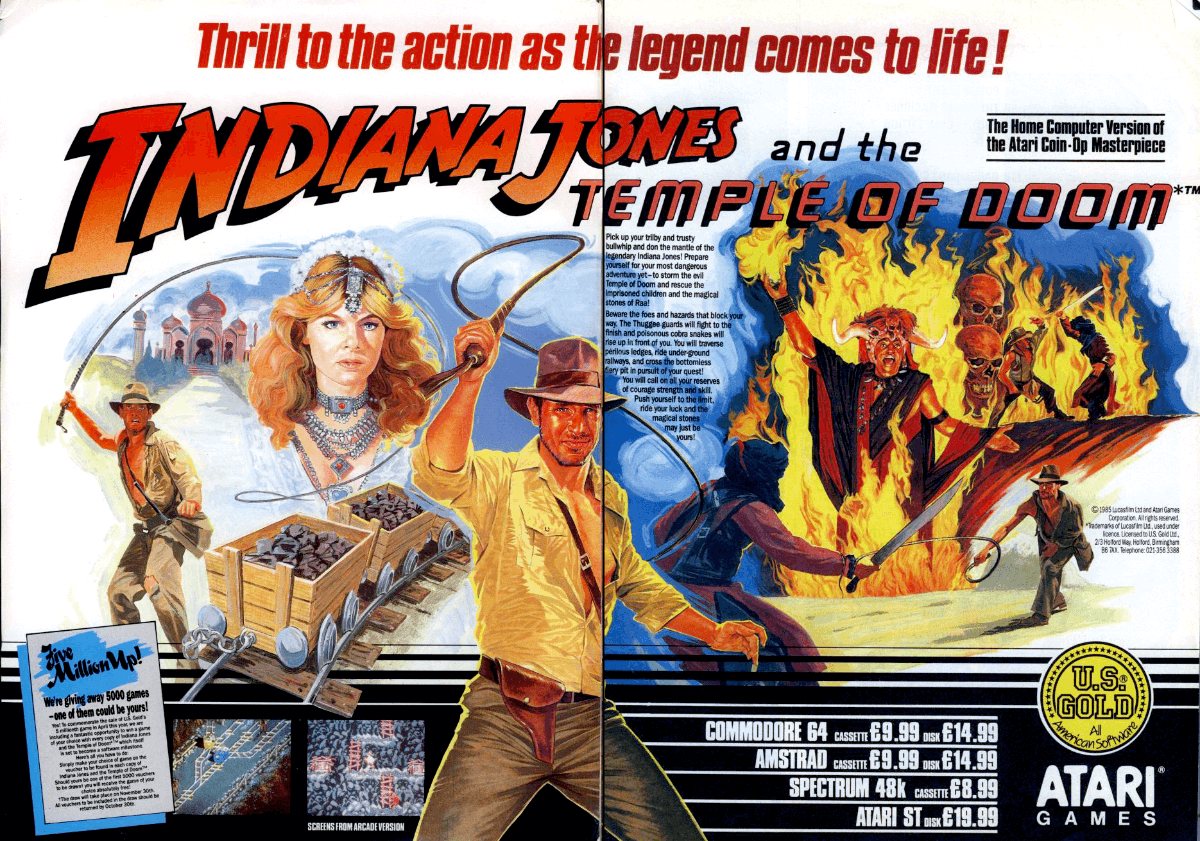 Description
The computer versions of Indiana Jones and the Temple of Doom are conversions of the Atari arcade game based on the second movie in the series. As Indy, the player must complete several cycles of the following three types of levels:

With every cycle the mine & mine cart levels become more complex, the layout of the temple levels is always the same. After several cycles there's a showdown with Mola Ram on the rope bridge.

Trivia
Indiana Jones and The Temple of Doom is a 1985 action arcade game developed and published by Atari Games, based on the 1984 film of the same name, the second film in the Indiana Jones franchise. It is also the first Atari System 1 arcade game to include digitized speech, including voice clips of Harrison Ford as Indiana Jones and Amrish Puri as Mola Ram, as well as John Williams' music from the film.