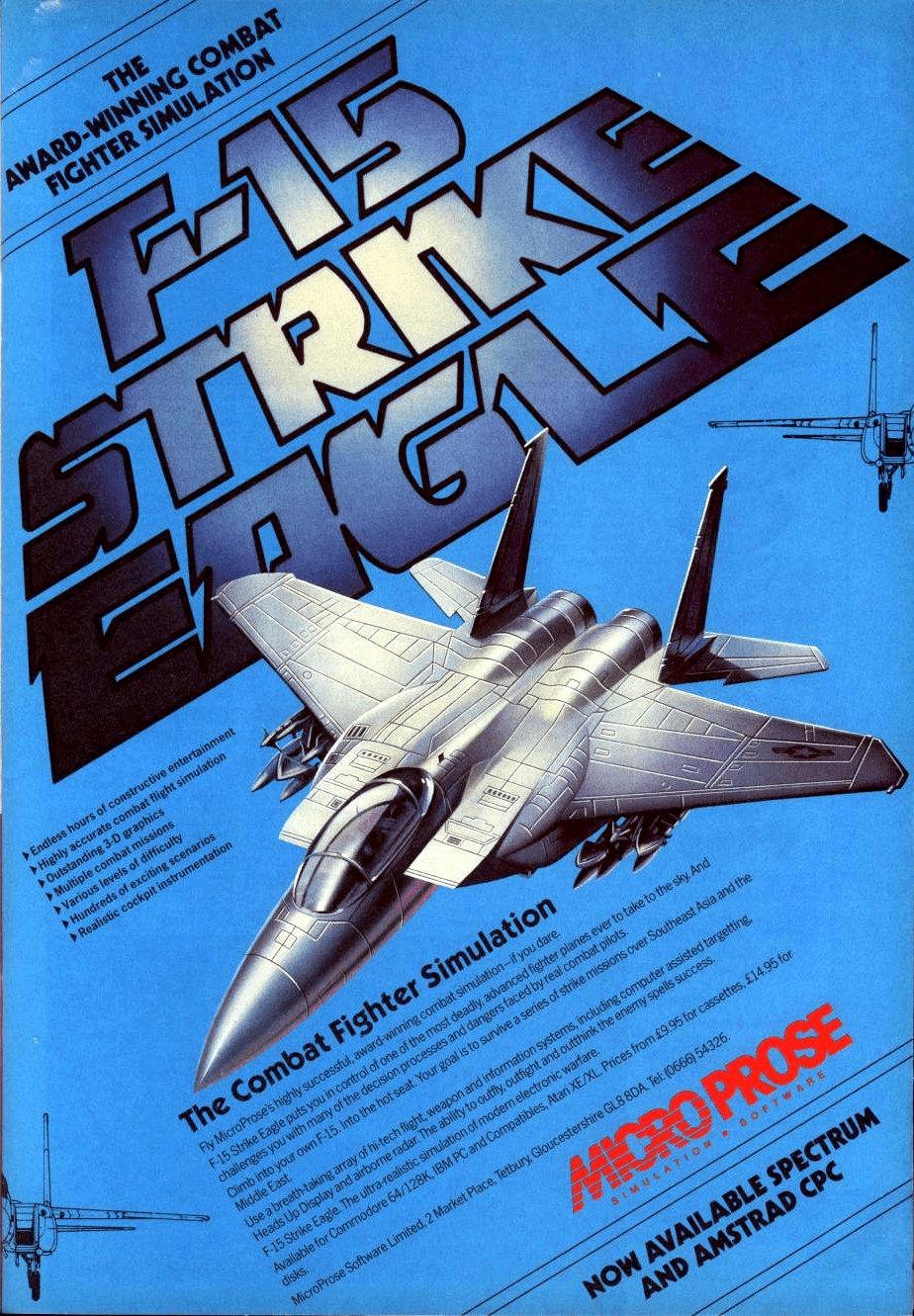 The seven missions featured in this simulation of F-15 flight are all real-life missions the plane was originally used in. They take in the Middle East and Asia in the 1970s and early 1980s, and have air and ground targets to destroy. You have machine guns, guided missiles and bombs at your disposal. The game features 3 enemy aircraft and 3 types of enemy SAM.

For the severely coordination-challenged, there is an arcade mode in the game. It differs from the regular mode in that it does not allow banking; rudder turns only. If the player got hit into a slight bank, they're stuck in that bank. 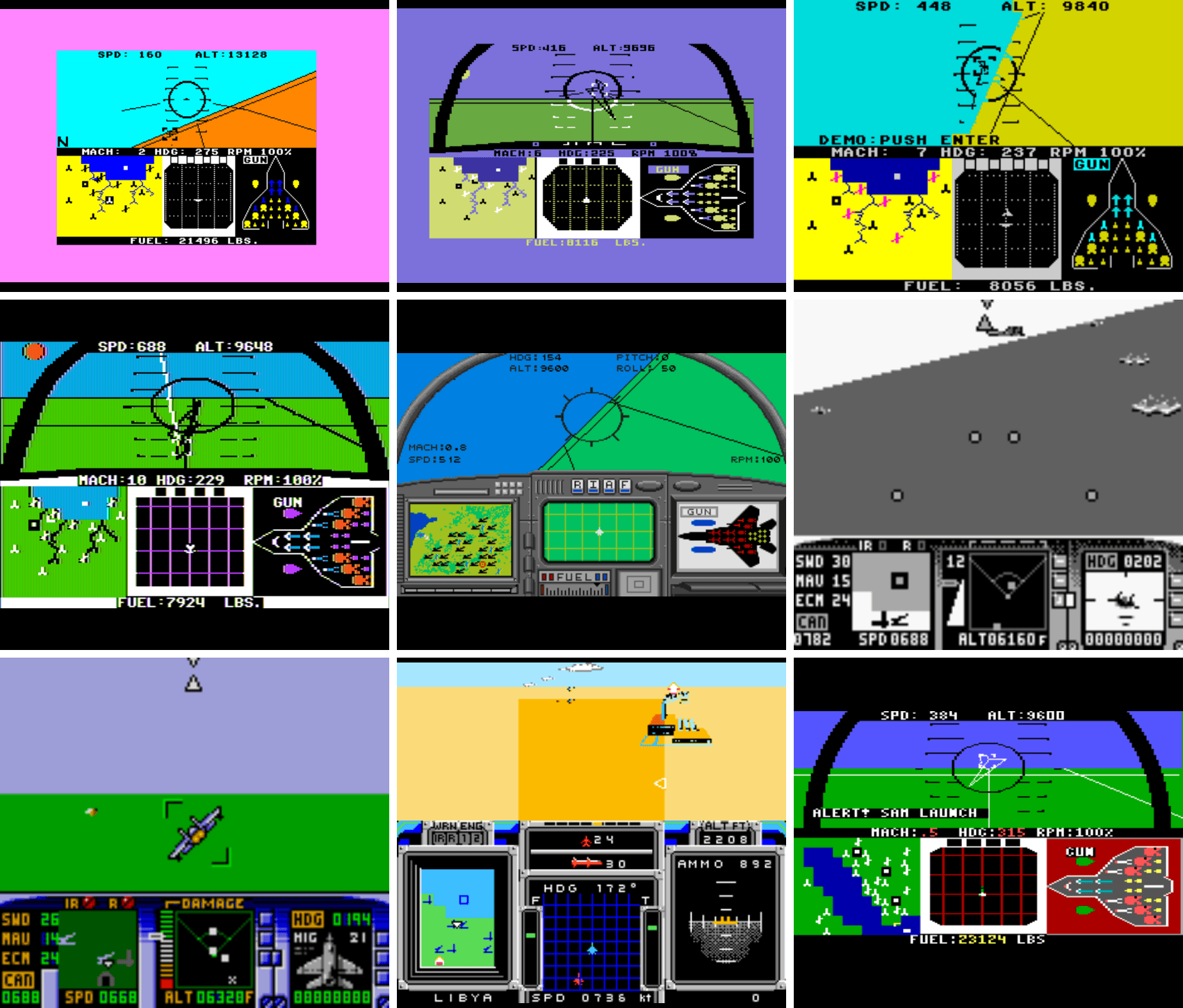 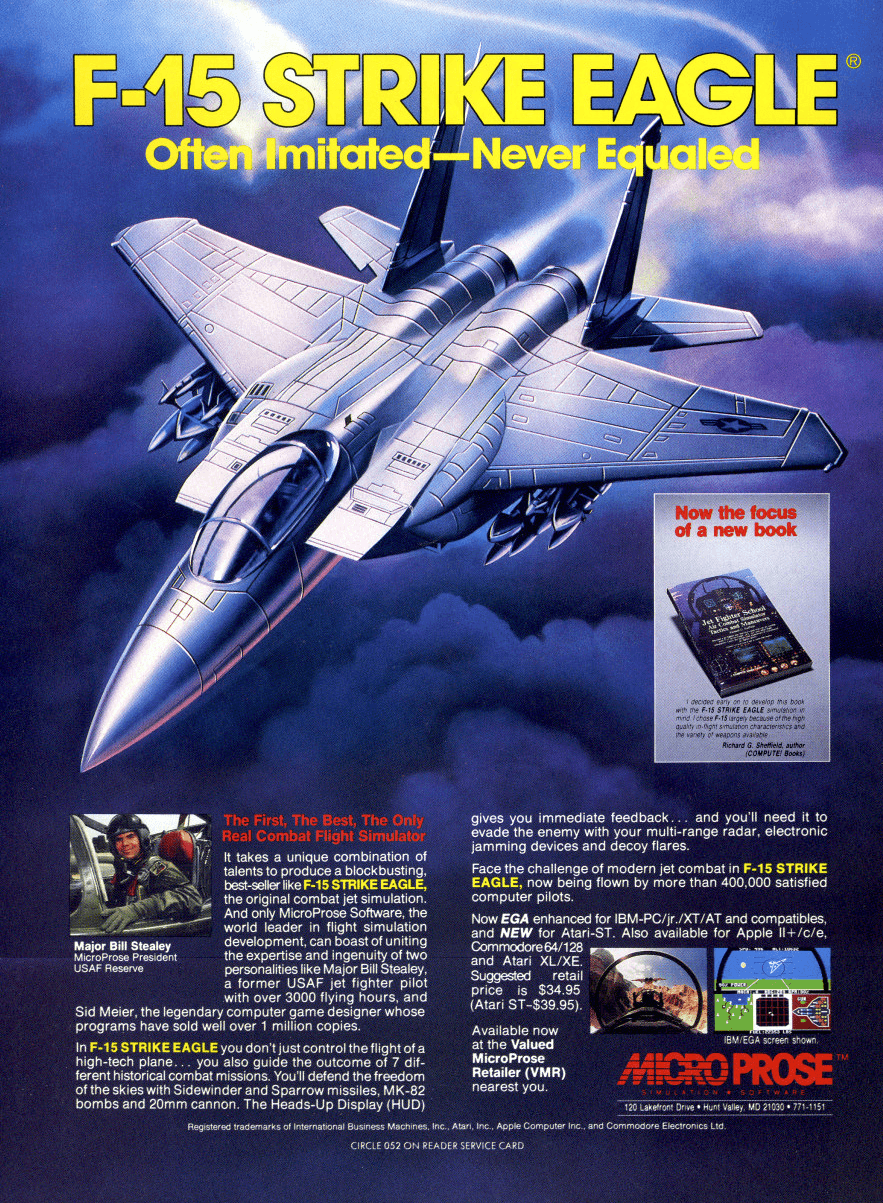 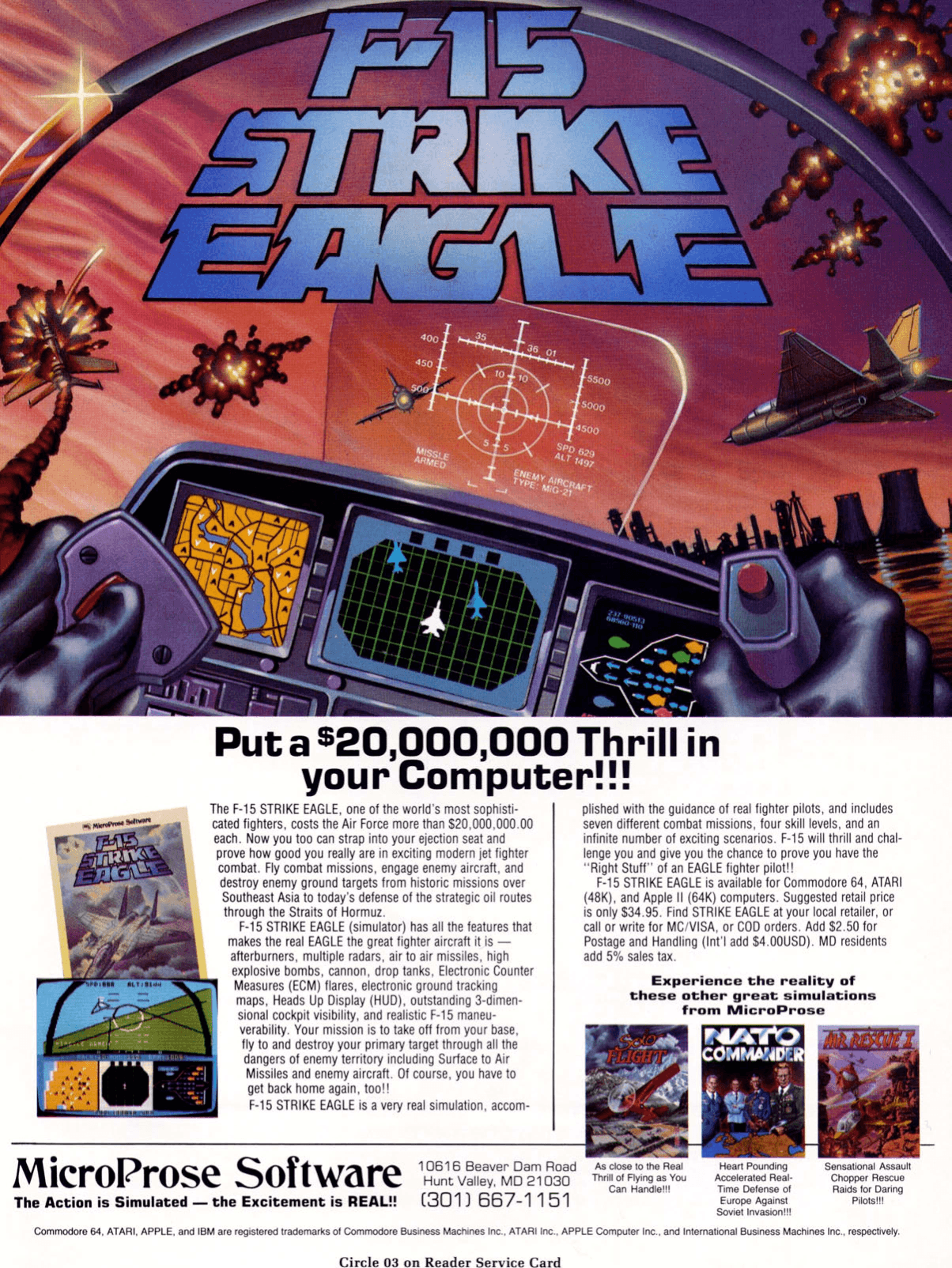