Zool: Ninja of the Nth Dimension - Video Game From The Early 90's 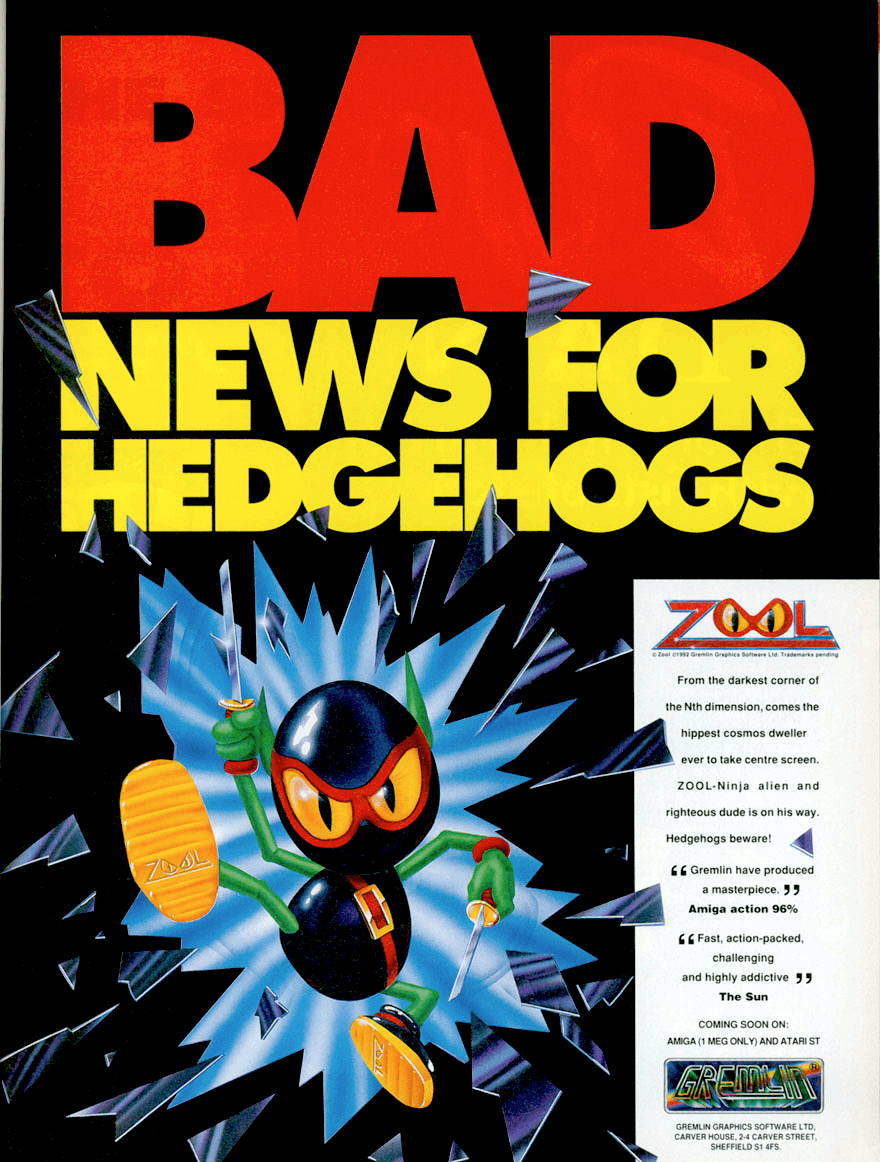 Description
His name is Zool, and he is a gremlin-like creature from another dimension. He is forced to land on the Earth, but his sole goal is to attain the prestigious ranking of a Ninja. To do that, Zool will have to travel through six worlds, each divided into three stages, defeat his enemies, and prove himself worthy of that title.

Zool is a fast-paced side-scrolling platformer. The protagonist can run, jump, climb walls, and shoot enemies. Power-ups for Zool are scattered across the levels. These include life-spending hearts, smart bombs, shields, more powerful jump-skill and a twin Zool. This "twin" makes imitates the original's motions a few seconds after he performs them.

Development and release
Zool was intended as a rival to Sega's Sonic the Hedgehog. George Allen came with the idea of Zool as he was criticized on his previous game Switchblade II for having a lack of enemies. In development, Zool could cast spells to get him out of trouble by collecting potions.

For example, Zool could escape from pits with high jump spells and cast a shadow spell to make a clone of him that follows his actions (thus doubling the fire power). In the final version, the spells were replaced with collectible powerups. The very early name for the project was Pootz.[2] The soundtrack by Patrick Phelan overlaps with the Lotus 3 soundtrack and inspired several modern electro/techno remixes.

The game was heavily hyped upon its initial release, including being bundled with the newly launched Amiga 1200, although not the AGA version with enhanced graphics which followed later. In 2000, the Amiga version of Zool was re-released as part of The Best of Gremlin compilation.

Audio
The Amiga CD32 version has original red book audio tracks by Neil Biggin and has the option to have both sound effects and music. This and the Acorn Archimedes port are the only two incarnations of the original Amiga version to have this.

Ports
Most computer ports are close to the Amiga original but the Genesis and SNES ports both feature different levels which are structured differently, different background graphics, and unique bosses.

The Sega Master System version features smaller, more scaled down stages and a more strict quota on collectible items, but also features unique gameplay moves like a wall climb. With the exception of the CD32 version, all console versions feature the soundtrack of the Amiga original, remixed appropriately for each console's unique sound systems.

Books
Two young adult novels book based on the games, entitled Cool Zool and Zool Rules, were released in February 1995. They were written by Stan Nicholls and Ian Edginton and published by Boxtree. The Game Maker's Companion (APress, 2010), a book on hobbyist game development, contains step-by-step instructions on how to re-make the original Zool game using GameMaker Studio.

Advertising
Zool was the very first Amiga game to feature heavy product placement. Liberally spread throughout the levels (and even more so in the AGA release) were Chupa Chups lollipops and logos (designed by Salvador Dali, no less)...

Commodore 64 version
A C64 conversion was planned with Gremlin Graphics showing initial interest, but they decided against it as they were moving away from the C64 scene at that time.

Ant Zool
On the game's release, many reviewers referred to Zool as an ant. Gremlin later issued a press release claiming to be from the leader of a body representing ants, complaining about the misrepresentation of their hard-working and gentle species. 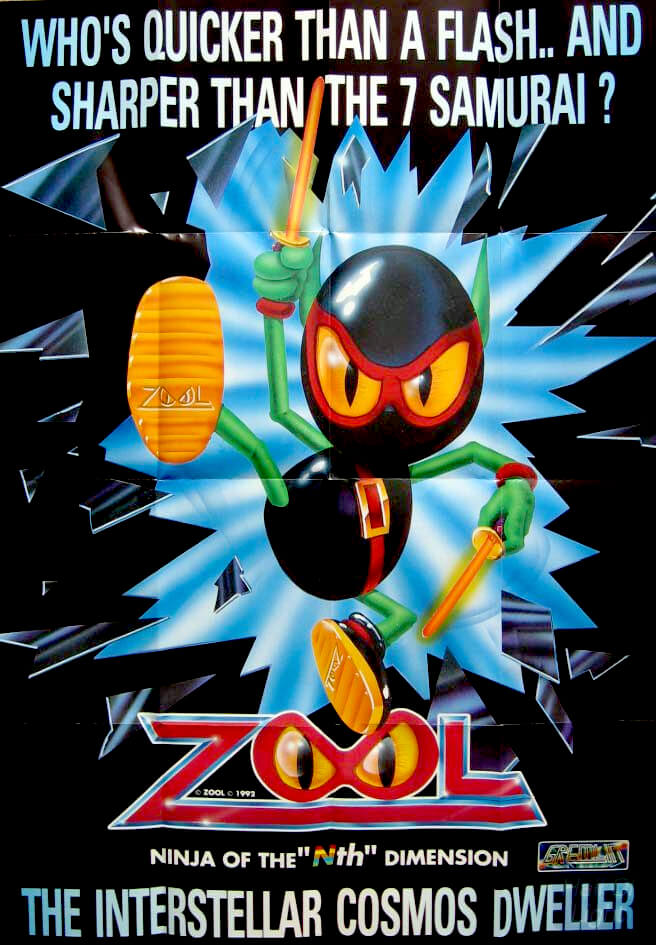