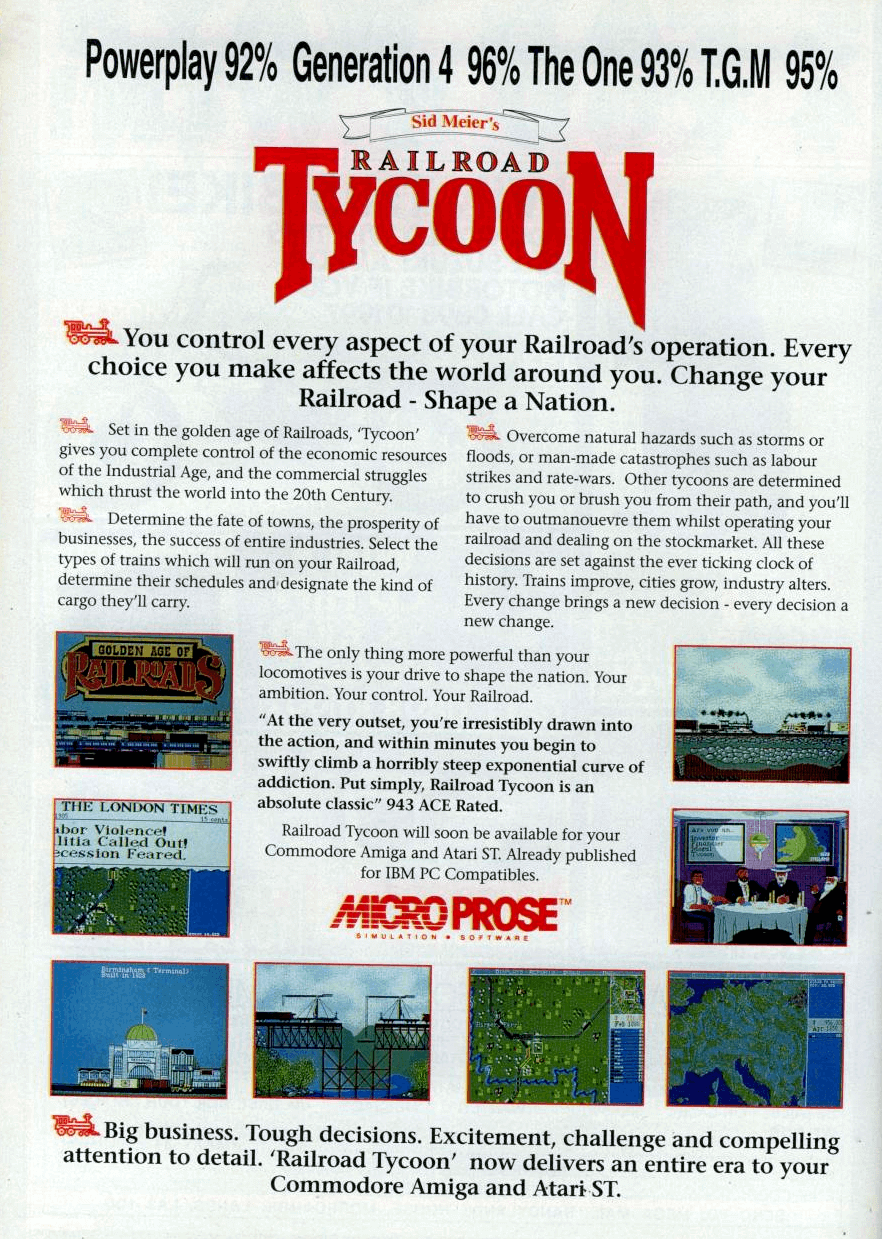 Description
With $100000 in the bank after taking out loans and selling stocks, it's time to start a railroad! Choose from 4 scenarios across two continents with randomly generated resources, and design your own railroad that moves people and goods across the country. Use the revenue to continue expanding, while keeping control of your company and appeasing your stock holders with growth and revenues.

Play the stock market with company assets. Drive your competitors out of business with buyouts and rate wars. Multiple types of resources to carry (roughly grouped as slow freight, fast freight, passengers, mail) and convert, own facilities to maximize profit (buy a steel mill and the conversion from iron ore to steel makes money for YOU).

Use the latest available technology to your advantage (new locomotives). Your objective is to retire with a huge bonus (based on your company's assets) and become the President or the Prime Minister (depending on which continent).

The game is essentially a bird's-eye-view real-time strategy game with aspects of building and stock market manipulation. Each fiscal period is 2-years, which corresponds to 1-day of track time. Build different sizes of stations to take care of different local needs, create trains that switch consists at different stations and maximize throughput.

Upgrade/retire/modify trains as times change. The faster the trains arrive, the more money they earn. Multiple options will keep you busy as each game is different.

1830
Railroad Tycoon was inspired by the Avalon Hill boardgame 1830. SimTex later adapted 1830 for Avalon Hill. Not long after, SimTex was acquired by MicroProse, and became MicroProse Texas.

Amiga Keypad
The Amiga version was one of the few non-Flight-Sim games to use the Numeric Keypad significantly - which unfortunately meant that it couldn't be played on the Amiga 600 model, which was launched in the UK in 1992 (one of three entry-level Amigas launched in little over a year!), and had no keypad in the interest of saving space and cost.

Title
The game was originally titled Golden Age of Railroads. Then MicroProse decided it doesn't emphasize the business aspects, and changed the name to the present form.

Freeware release
The entire game was released for a download to promote Railroad Tycoon 3. The link. http://www.2kgames.com/railroads/railroads.html

SNES version
A port of the game for the Super NES was planned for a 1994 release, and screenshots were shown in the March 1993 issue of Nintendo Power; however the port was never released. Though no reason was officially given, it may have been due to the DOS release of Transport Tycoon, and its planned release on the upcoming PlayStation console. 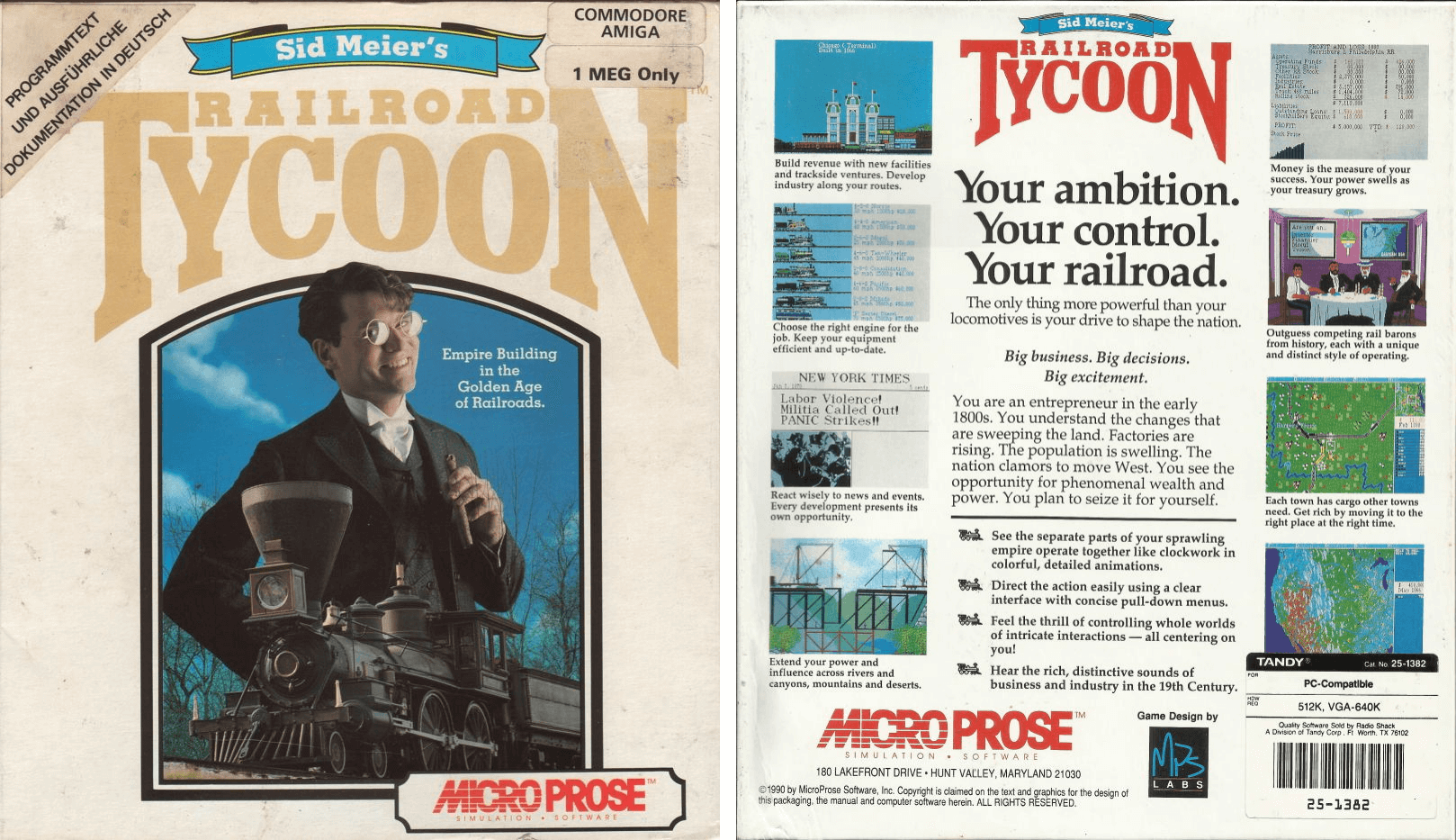 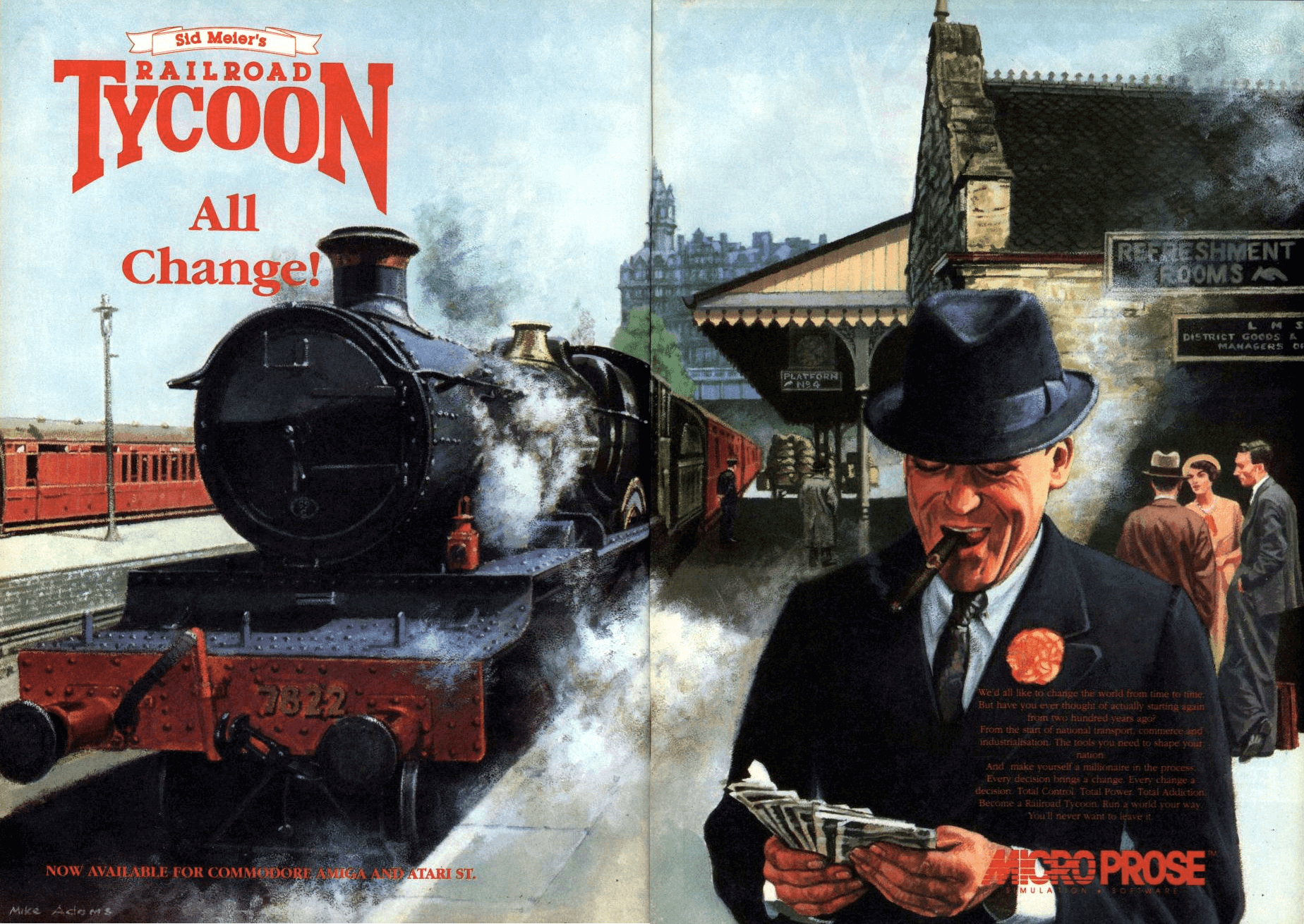