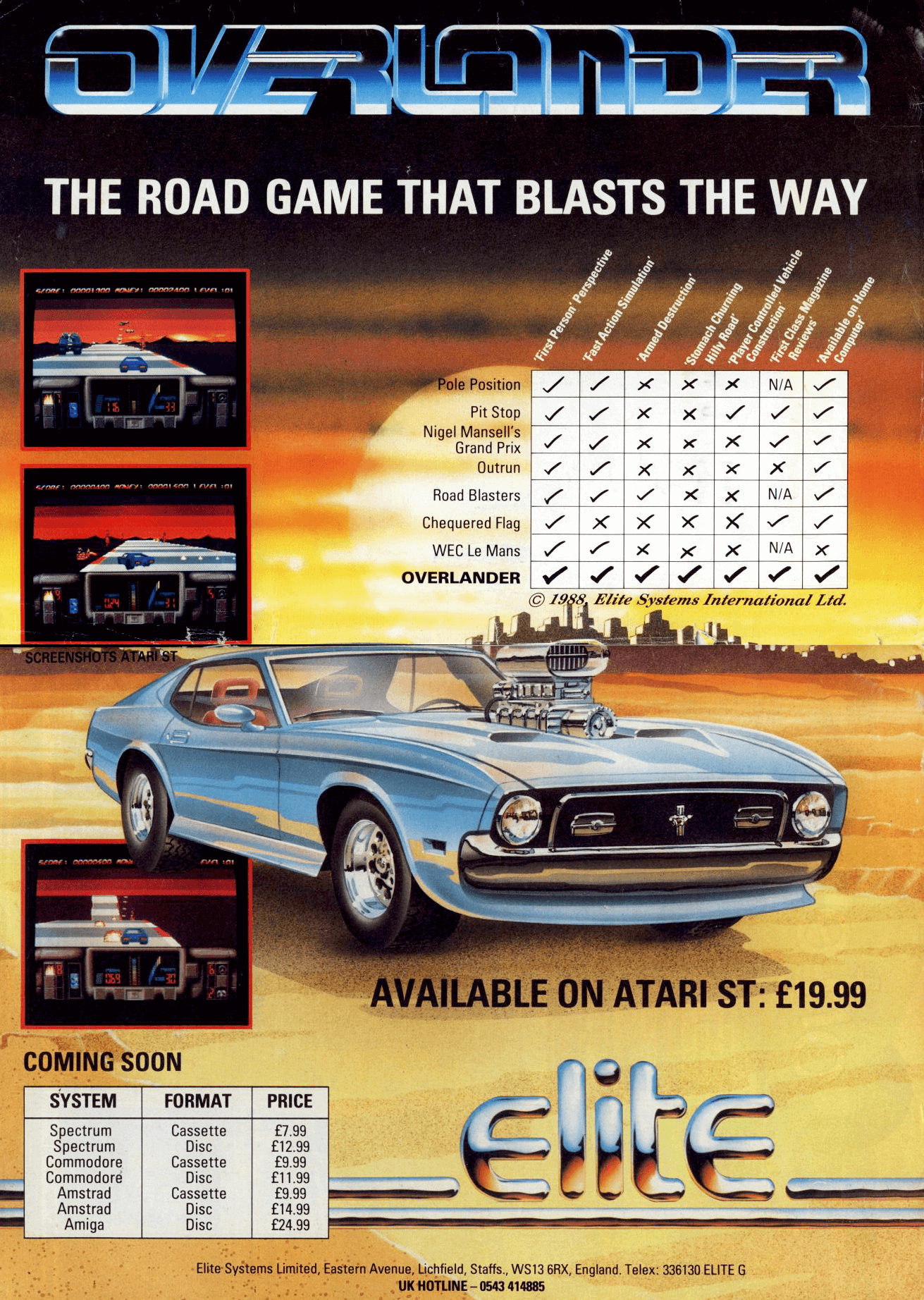 Description
Overlander sees Elite attempt a Roadblasters style driving game with shooting overtones, with the action viewed from behind your armour-plated well-armed car. It all takes place in a post-apocalyptic universe in which a lot of money can be earned by transporting goods form place to place, but the large gangs of Overlanders who already do this are keen to stop you.

Two missions are on offer at a time, one tougher but more lucrative than the other, with half the money paid upfront and the other half on successful completion. Before setting off, you can buy upgrades such as turbo chargers, armour and enhanced weapons, each of which has a limited lifespan. Attacks from other vehicles can come either from guns or attempting ramming, and the roads are poorly-maintained and hazardous, so be careful, or better yet be violent first.