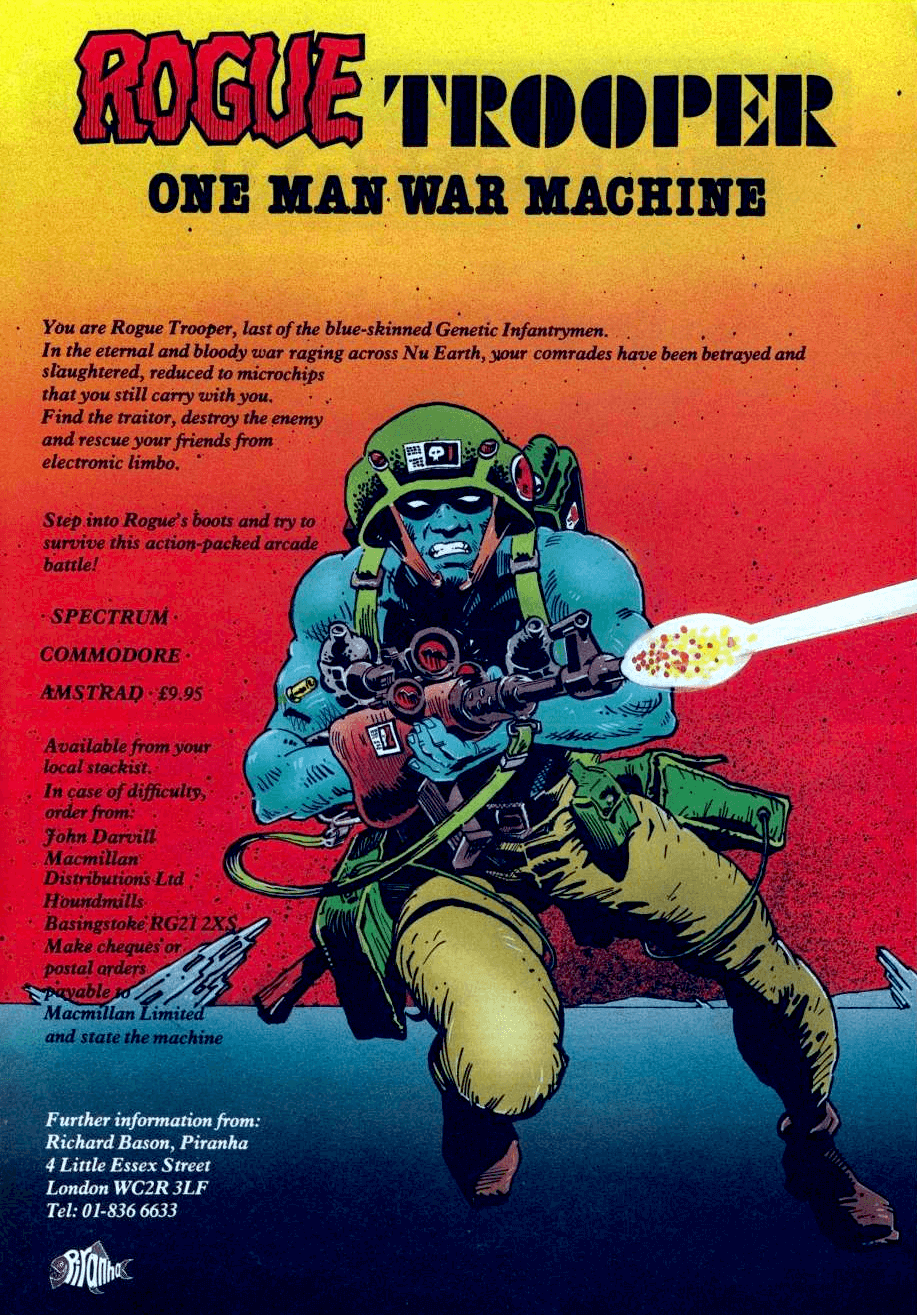 Description
On the planet Nu-Earth, the perpetual war between the Norts and the Southers has left the entire world a wasteland. The Southers have developed a new weapon: Genetic Infantrymen (G.I.s), designed to withstand the harsh environmental conditions. On their first mission, however, they are betrayed: the Quartz Zone Massacre leaves only one of them alive. The surviving G.I. goes AWOL, bent on a mission: to prove that there was a betrayal and to bring the traitor to justice. Helping him are three of his former comrades, who survived as biochips: Helm, Gunnar and Bagman.

In the first game based on the popular 2000 AD comic strip, the player controls the Rogue Trooper on his mission to find eight vid-tapes which have withstood the destruction and can prove the traitor's involvement. The tapes are scattered over various screens depicting Nu-Earth. Rogue can dispatch Nort soldiers patrolling the area with his gun, while taking care he doesn't get hit too often himself. Nort bunkers also await, being tougher targets than simple soldiers. Supplies in the form of ammunition packs and first aid kits must be found if the need arises. And while Rogue's genetic makeup makes him very tough, he is not invincible: traversing certain types of terrain drains his health automatically.

Above the main game window, the screen shows the battle computer, consisting of a map of the surroundings and Rogue's vital statistics and inventory. Another part of the screen is reserved for Rogue's biochip buddies, displaying any comments and remarks they might have on the current situation. 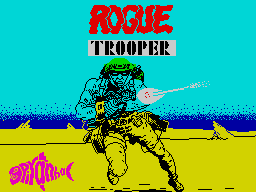 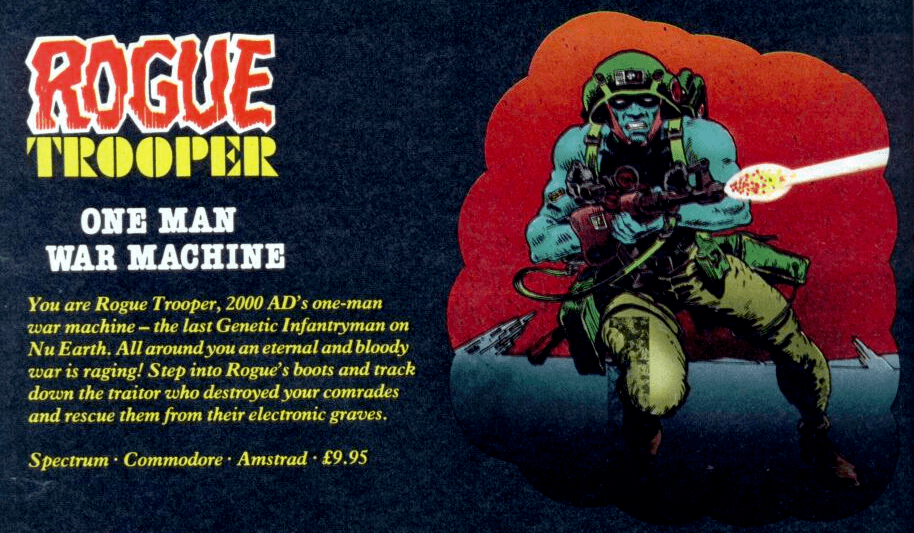 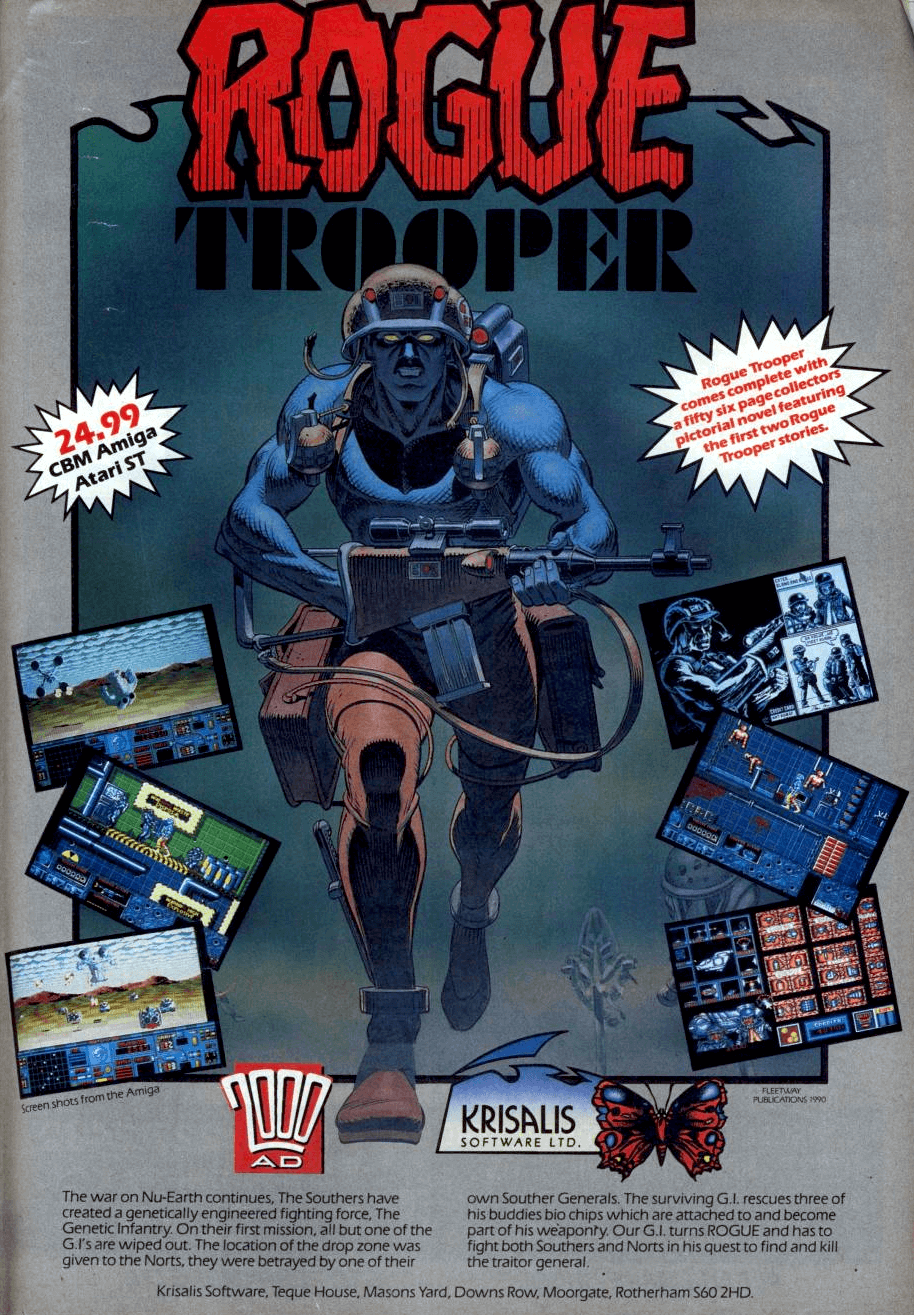 Description
Rogue Trooper is a Genetic Infantryman (G.I.) of the future whose entire battalion was wiped out on their first mission in the Quartz Zone of Nu Earth. Rogue must navigate many platform levels and several first person style flying levels to get to the root of the treachery. He is assisted by three bio chips containing the personalities of three of his dead buddies; Gunnar, Helm and Bagman - unfortunately, Bagman's silicon is deteriorating. The plot is helped along with comic pages between levels. This game is based on the long-running 2000 AD comic character of the same name. 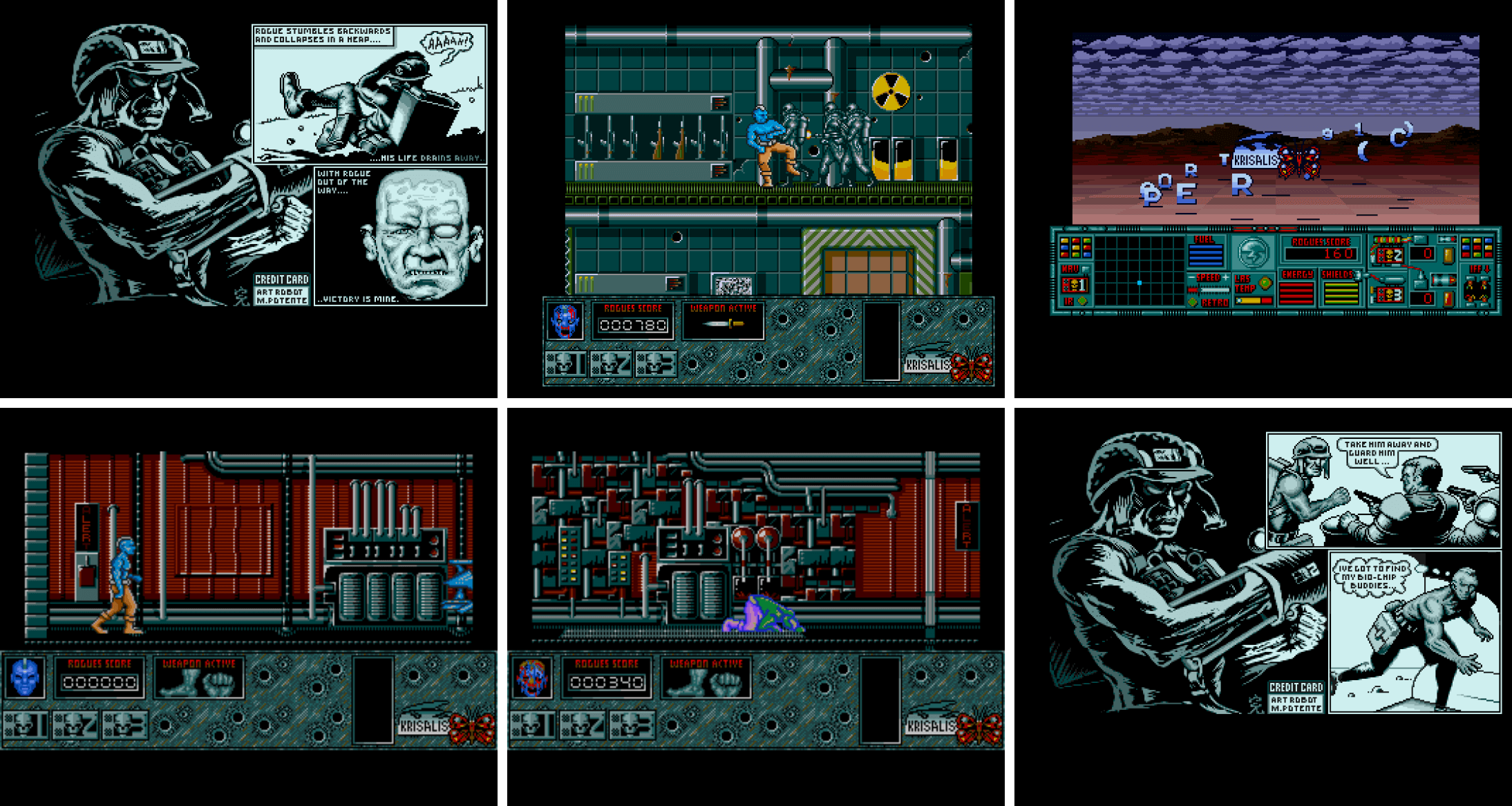 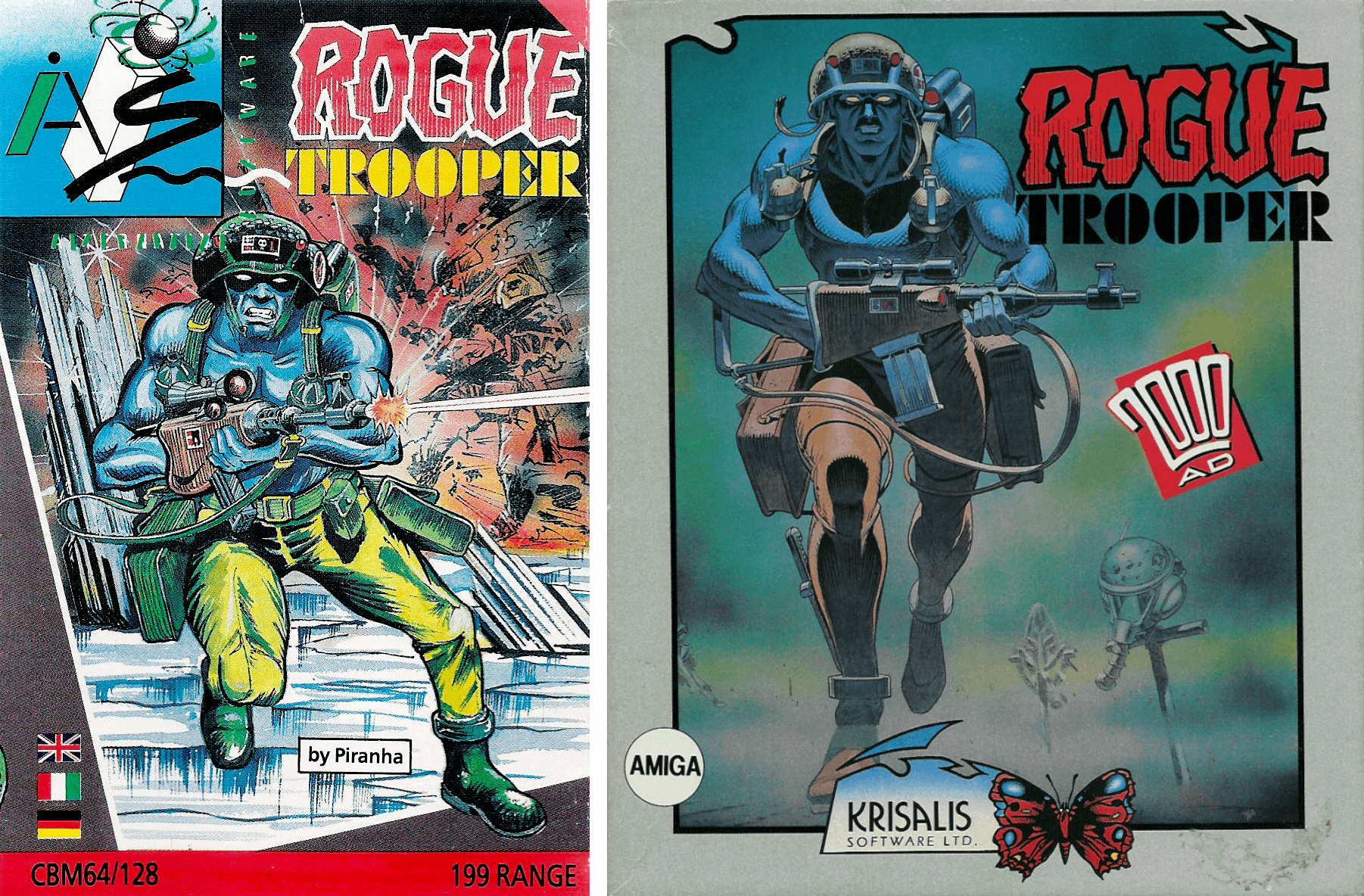