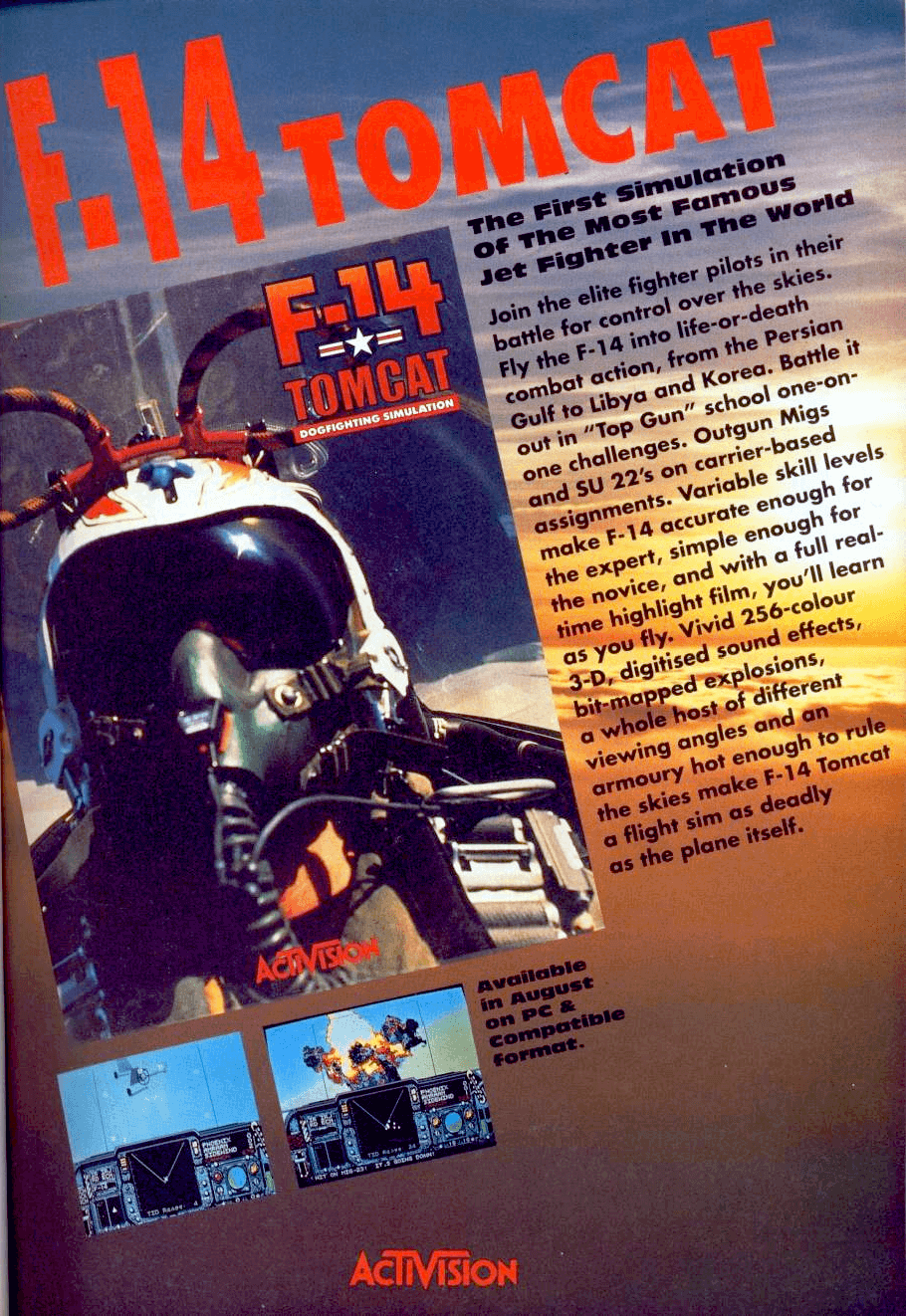 Description
F-14 Tomcat is a flight simulator / action game. You get to fly an F-14 in a variety of combat situations, either in a single battle at a time or create a career.

The game offers a quick mode, in which one of 80 randomly assigned missions can be flown, but the main attraction is the extensive career mode. It begins with three sets of training missions, featuring basic flight and combat maneuvers and mock dogfights against flight instructors. Good performance here is necessary to advance. It also determines whether the player's pilot will get an impressive or unfavorable callsign as well as final tour of duty assignment. The main tour of duty places the player on the aircraft carrier Nimitz, flying combat missions against Soviet-produced jets like the MiG-21, MiG-25 and MiG-29, as well as American-built F-4s.

Gameplay is seen from a cockpit perspective modeled after the genuine article. Available weapons include Phoenix, AMRAAM and Sidewinder missiles as well as the Vulcan cannon. There are two basic kinds of missions: if war has already broken out, every enemy plane is considered hostile and can be fired on at will. At other times, orders will be not to fire until being fired upon. In such missions, it is possible to warn away the enemy aircraft via radio, or ask for permission to fire from headquarters.

Depending on mission performance, many career paths are possible. An excellent mission record will result in promotions and medals. Violating orders, ejecting without proper reason or poor performance may result in reprimands or even the revocation of flight privileges. On bailing out, there is the possibility of being captured by the enemy, but even then the game is not over, because there is a chance of being rescued. There are also R&R periods, but upon returning to duty a refresher course is in order. Having an excellent performance record at the right age may lead to being called to Top Gun School to compete against the best of the best of the Navy's pilots. Finally, a pilot's career hopefully ends with honorary retirement and not being killed in action.

Graphical enhancements that were new for the time period include full 256-color support and gradiated ground/sky/horizon. 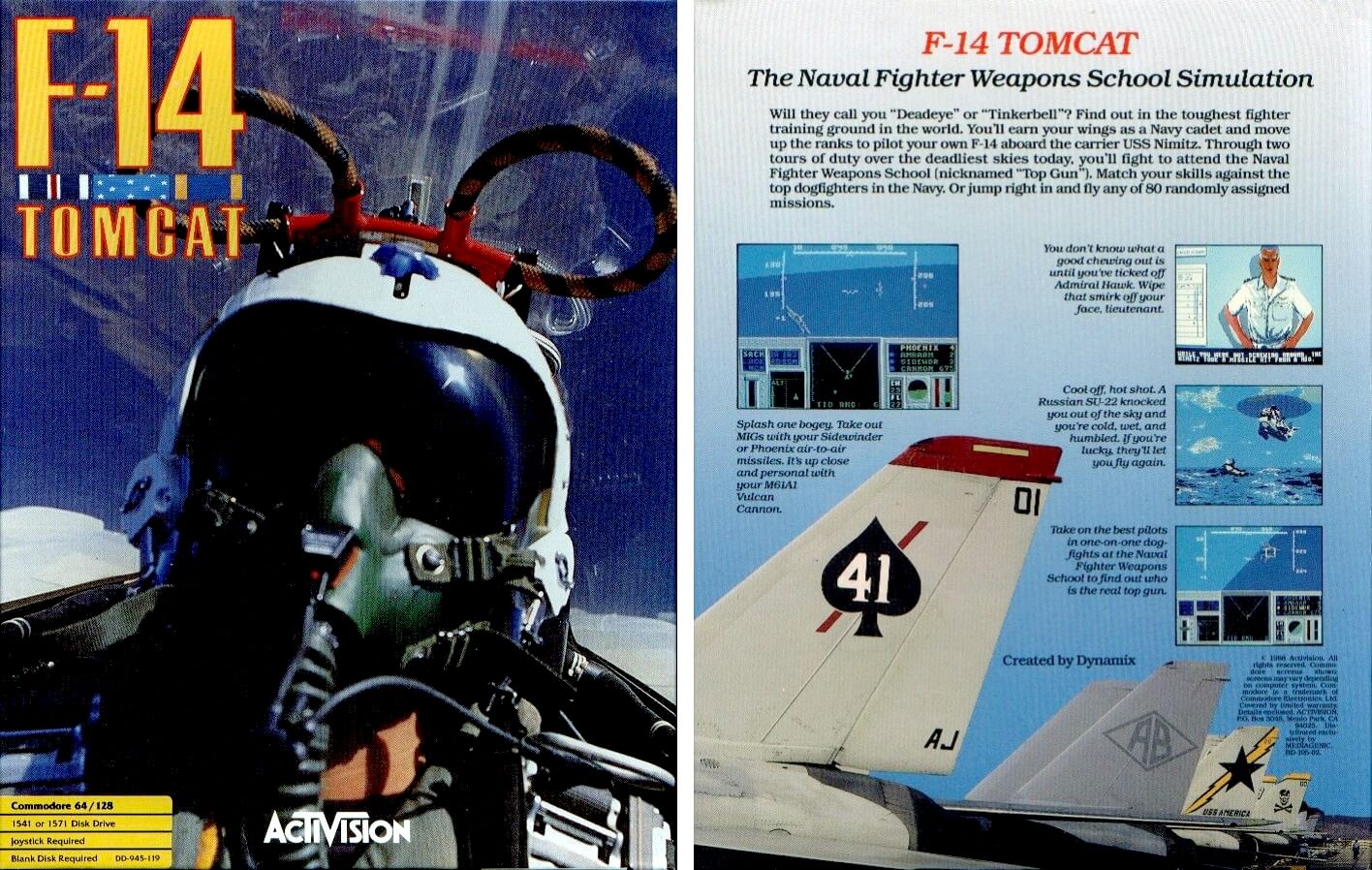 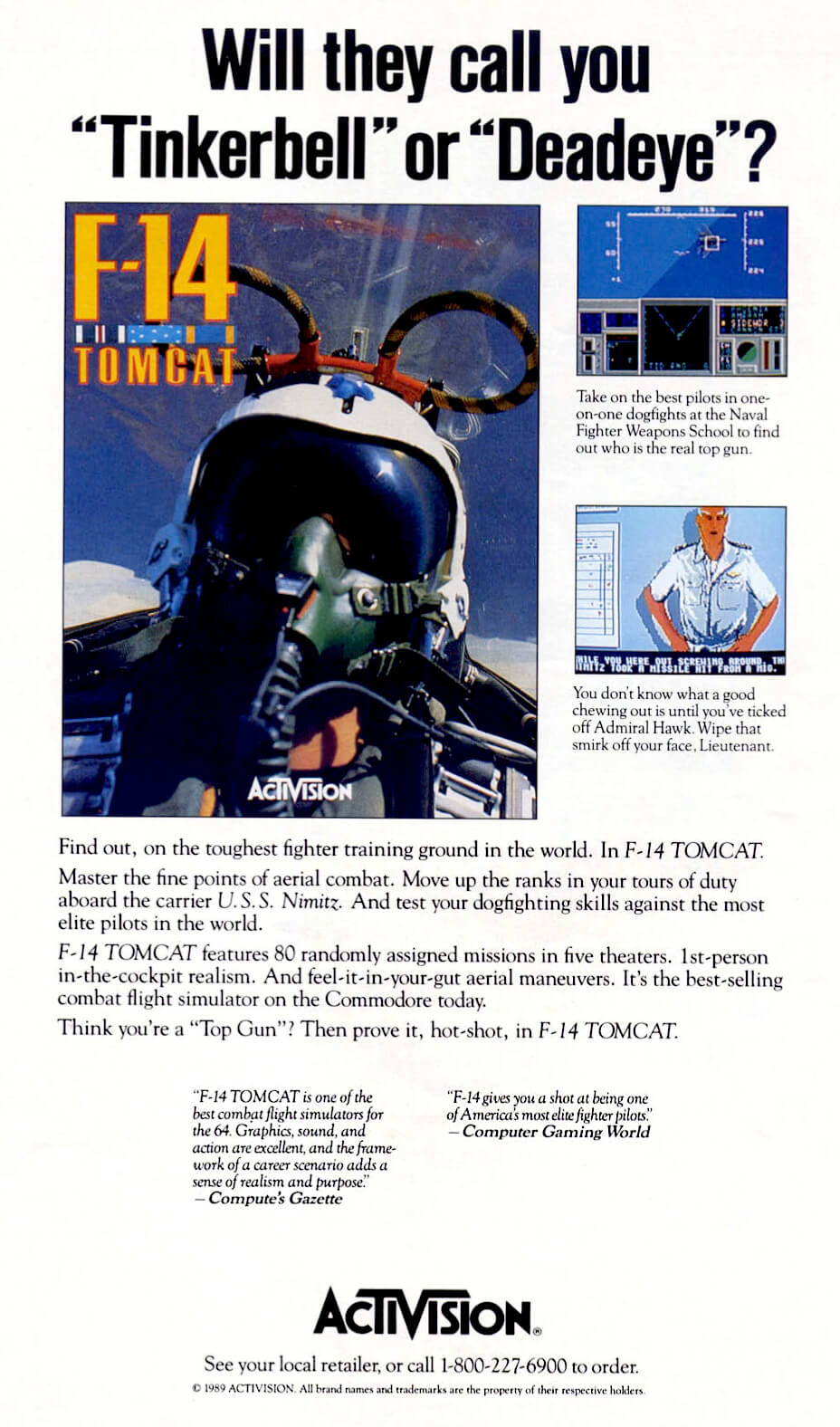 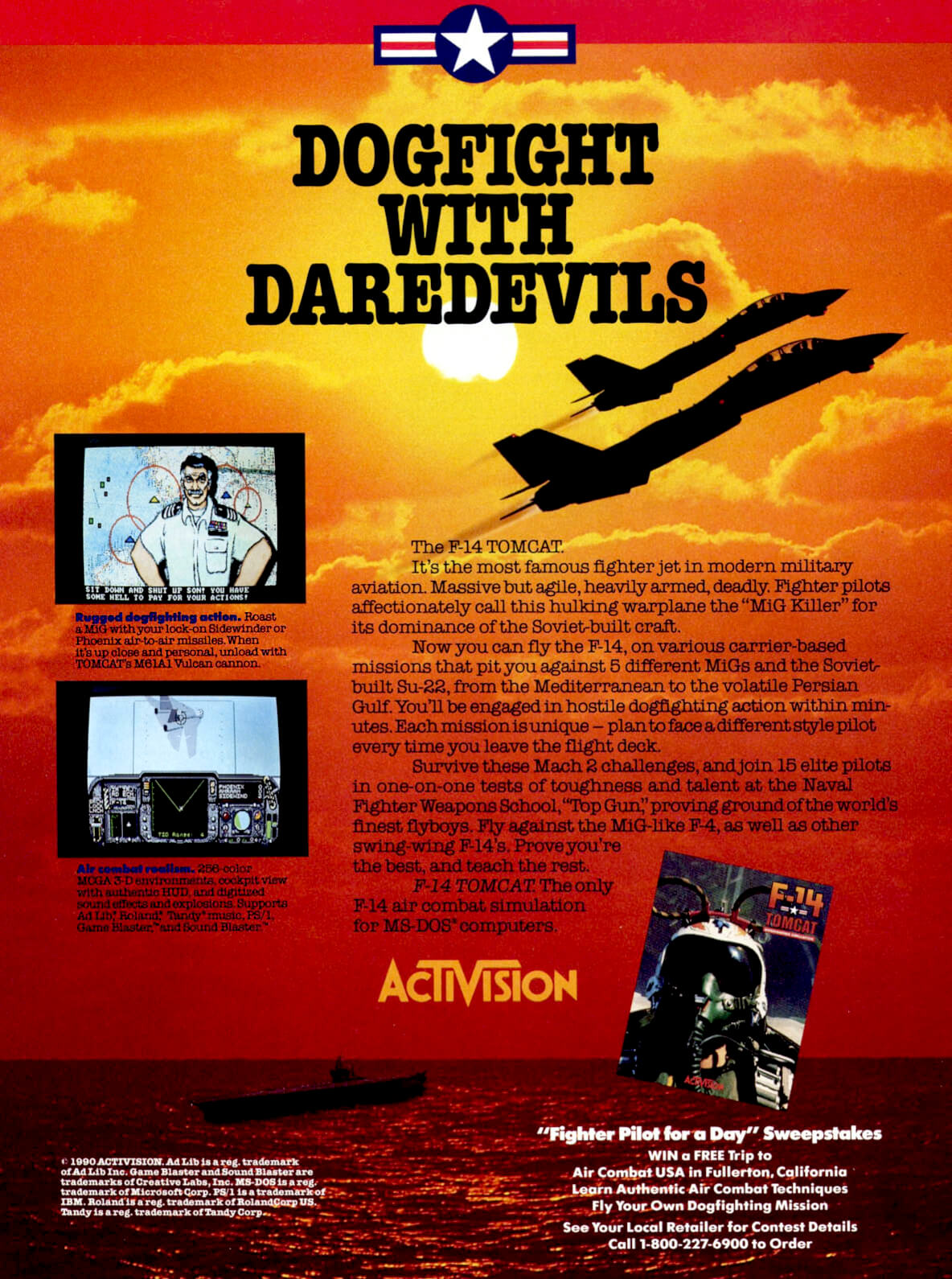