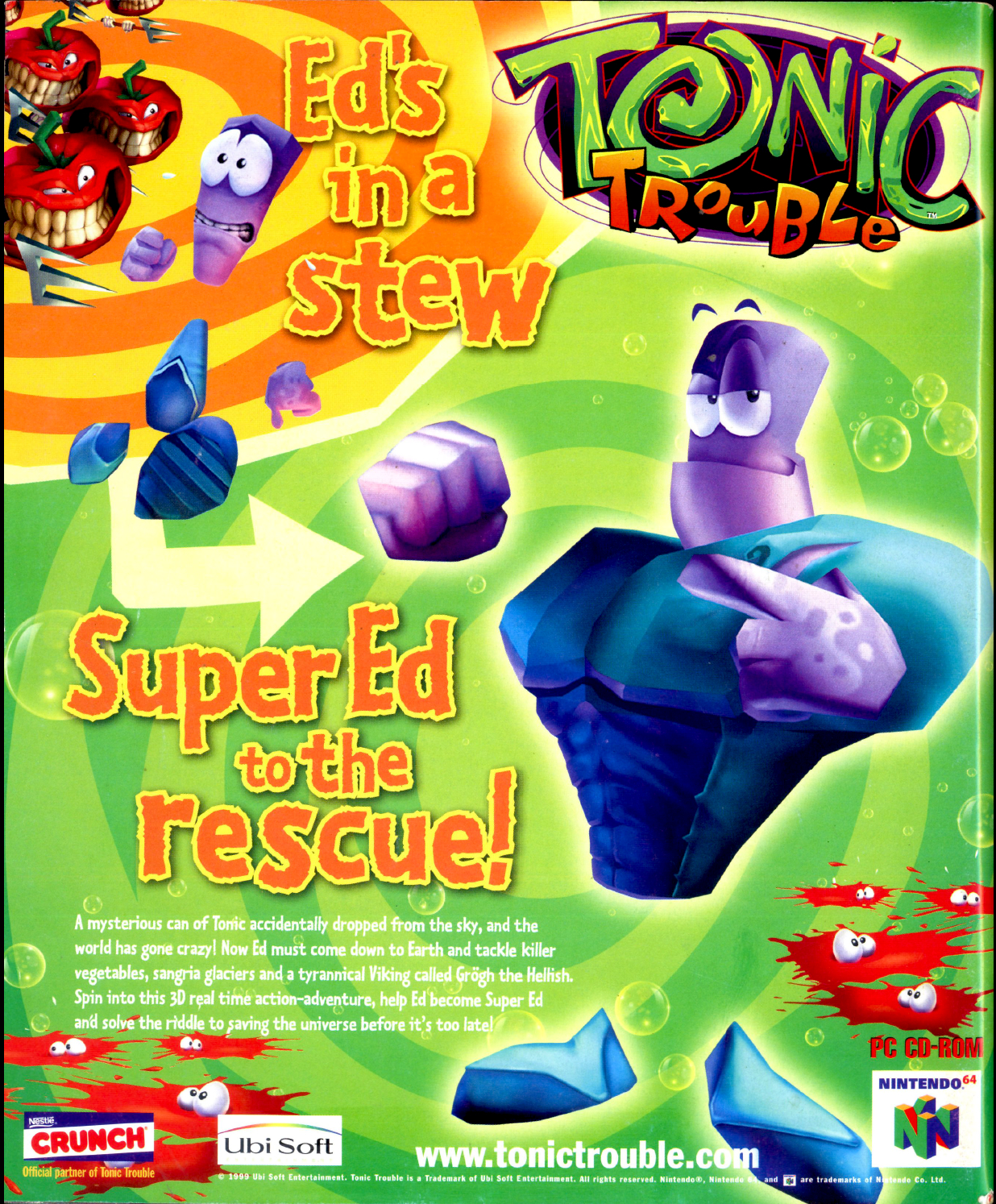 Description
In the tradition of Rayman (a platform jumper) comes another whacky adventure from Ubisoft!

Ed, the friendly alien space janitor, accidentally dropped a can of "tonic" on Earth, causing a great ecological disaster. Everything started mutating! Ed is ordered to clean up the place and retrieve the tonic, but someone got hold of it first... And he declared himself Master of Earth! Can Ed survive attack of the killer vegetables, find the six items he needs to fix Earth, and retrieve the Tonic can from Grogh the Hellish, and finally get out from Tonic Trouble?

Development
Tonic Trouble was conceived and initially designed by Michel Ancel, who had created Rayman in 1995. Ancel was largely inspired by the storyline of Day of the Tentacle and the world-travelling mechanic from The Legend of Zelda: A Link to the Past. Starting pre-production in June 1996, Tonic Trouble was the first project to be developed by the previously established Ubi Soft Montreal, which devoted a team of sixty programmers, thirty animators, twelve level designers, twelve 3D artists, and four audio department employees.

The game engine, known as "Architecture Commune Programmation", was built by fifty in-house staff over a course of eighteen months, with a total cost of US$4 million. Using the engine, the developers wanted to take full advantage of Intel's newest Pentium II generation of central processing units. Tonic Trouble was one of the first games to be distributed on DVD-ROM,[16] a rarity at the time. The additional storage of DVDs allowed Ubi Soft to include a longer introduction and more music tracks.

Designer Pierre Olivier Clement stated that the design team aimed at making the player rationalize every step they took, contrary to what was done in games like Duke Nukem and Quake. Furthermore, they opted to differentiate the game from its sister project, Rayman 2: The Great Escape, by focusing more strongly on adventure, whereas Rayman 2 relied on action.

The soundtrack was created in six months by composer Eric Chevalier and five in-house sound editors.

Game Boy Color version
An eponymous Game Boy Color counterpart was developed by RFX Interactive and first shown at France's Milia expo in February 2000. The conversion featured the same cast and story as the main game, while the gameplay was adapted from 3D to 2D. It was released for Game Boy Color the same year, exclusively in Europe; Ubi Soft did not plan to bring it to the United States.

Sequel
A potential sequel to Tonic Trouble, titled Tonic Adventure, was planned but later abandoned. The only known remnants of this was Ubi Soft artist Yann Jouette's concept art. 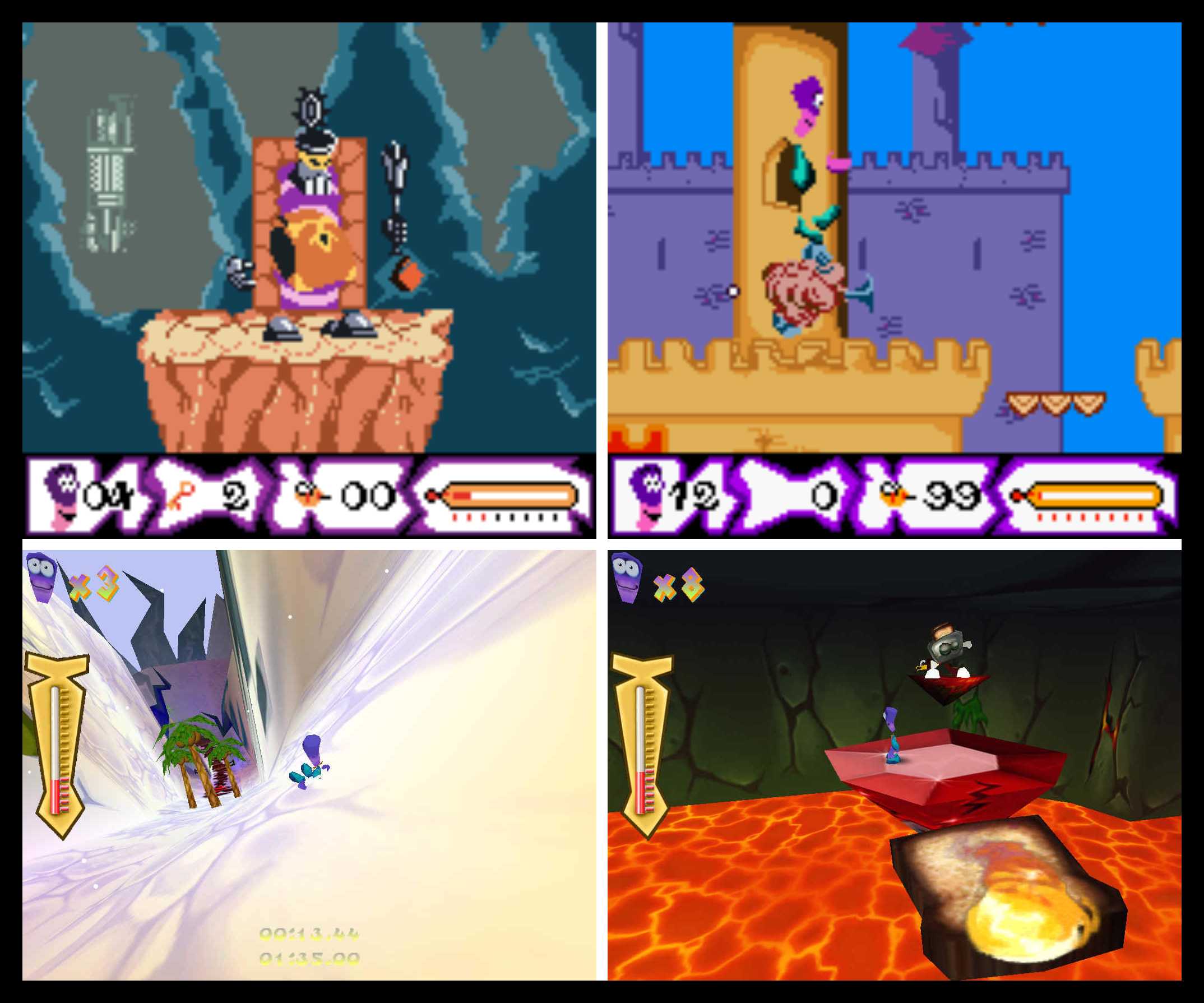