Ultima 6: The False Prophet - Video Game  From The Early 90's 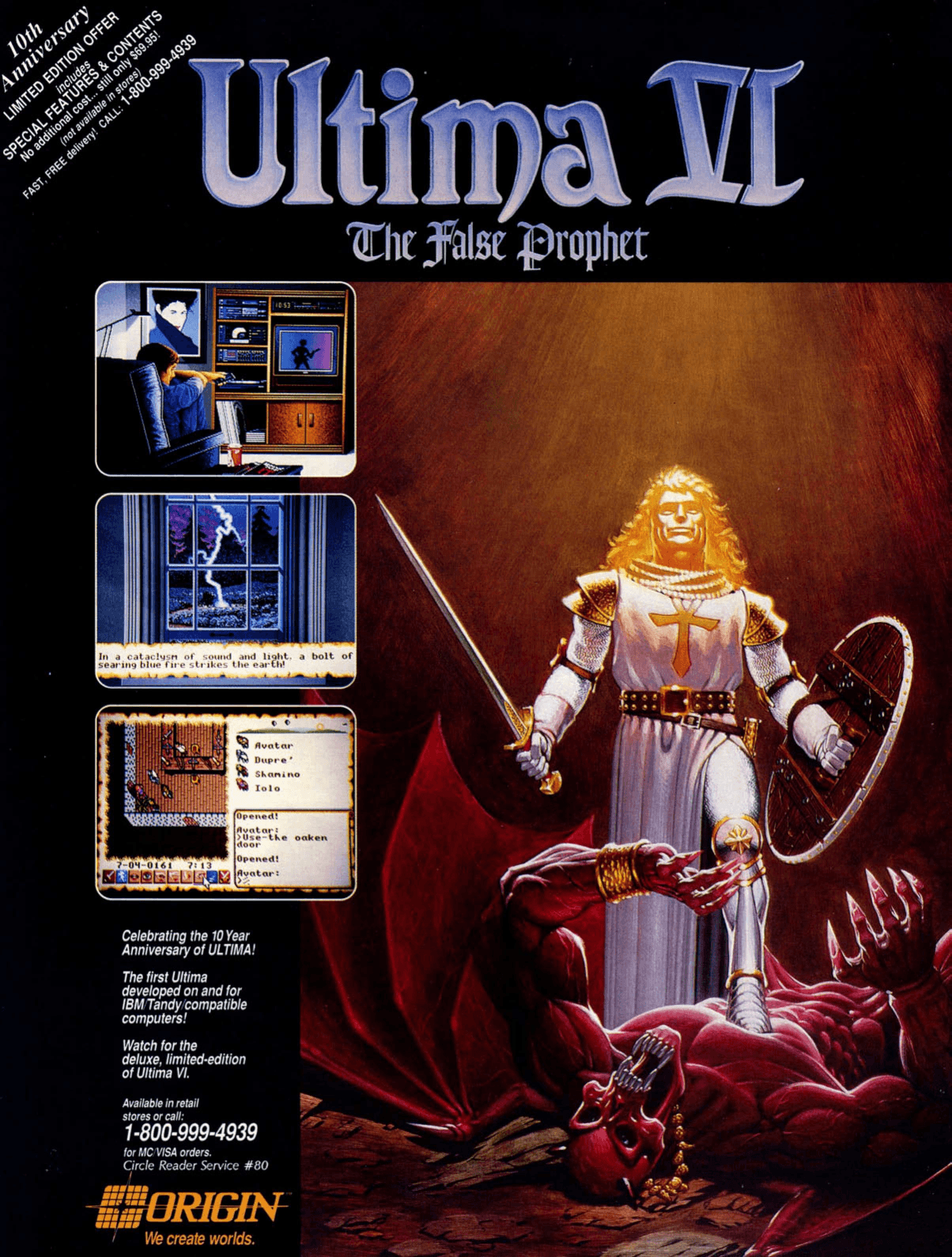 Ultima VI: The False Prophet, released by Origin Systems Inc. in 1990, is the sixth part in the role-playing video game series of Ultima. It is the third and final game in the "Age of Enlightenment" trilogy. Ultima VI sees the player return to Britannia, at war with a race of gargoyles from another land, struggling to stop a prophecy from ending their race. The player must help defend Britannia against these gargoyles, and ultimately discover the secrets about both lands and its peoples. 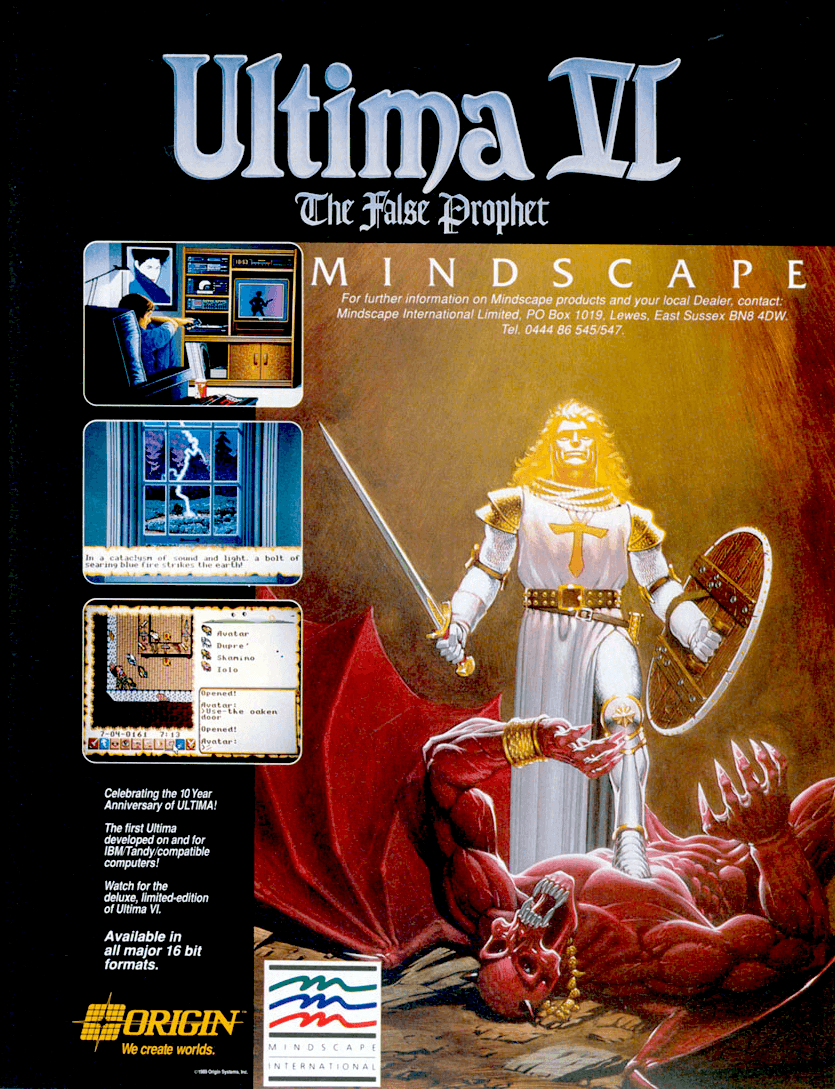 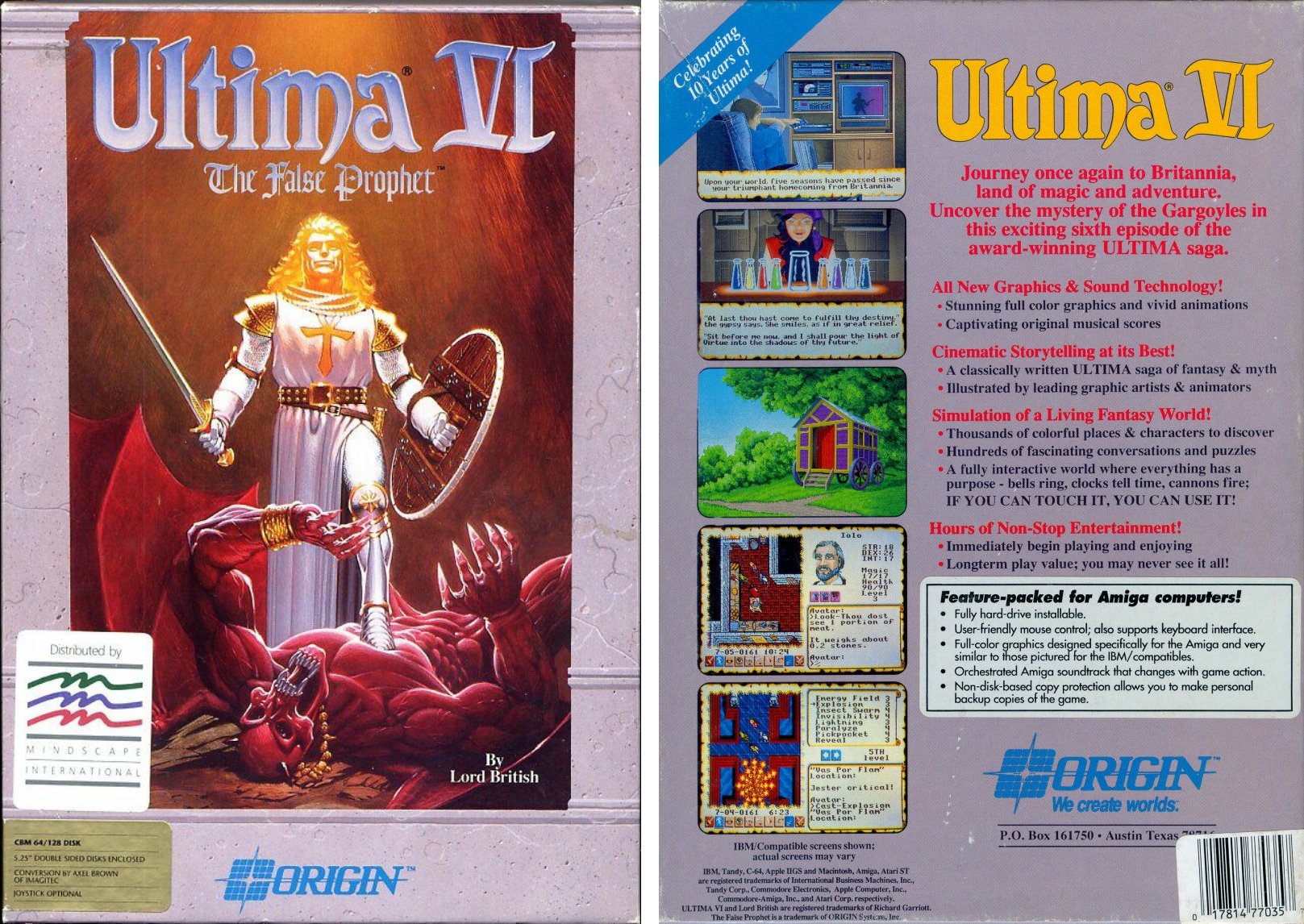