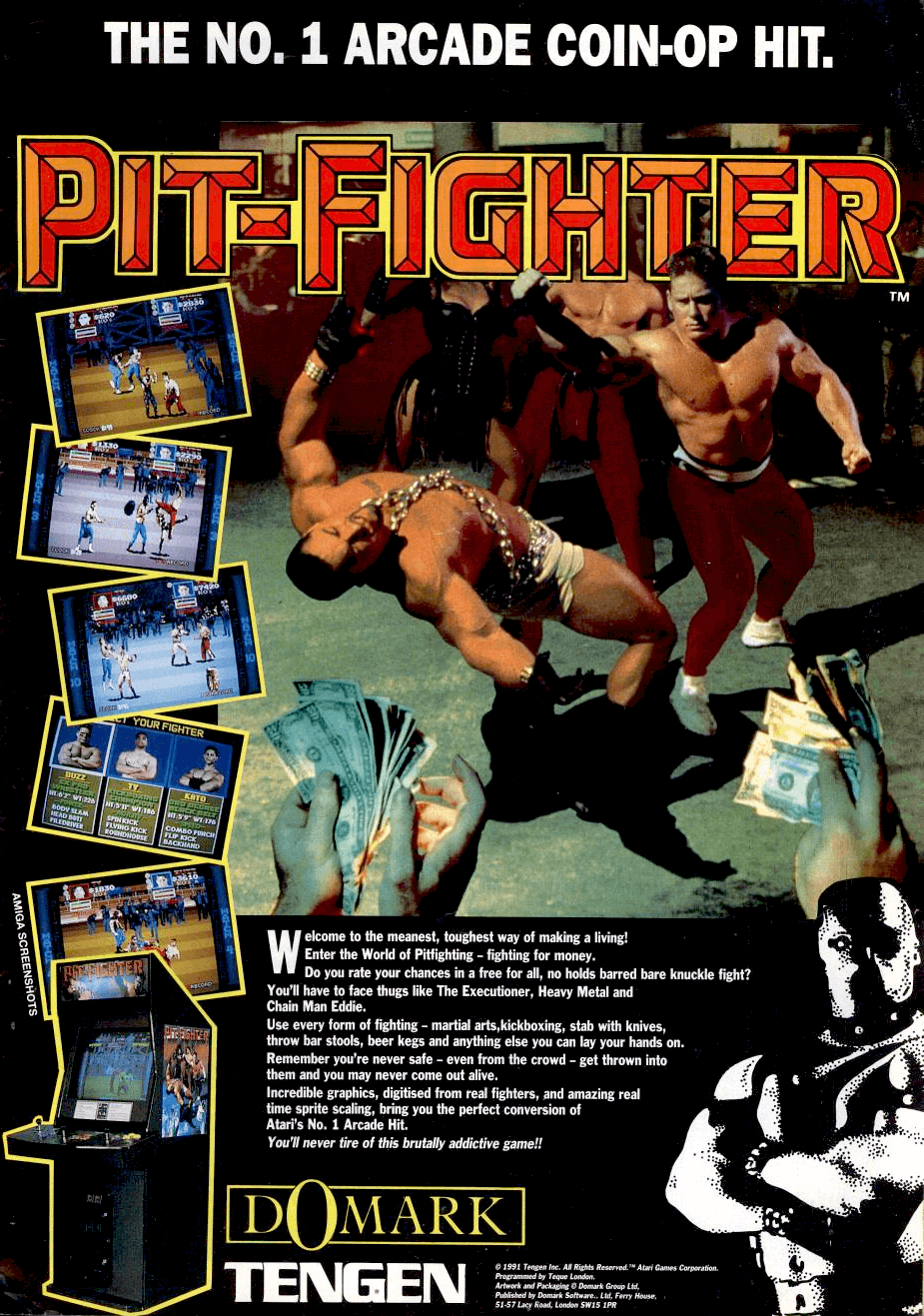 Description Pit-Fighter is a 3rd-person fight game that features digitized graphics of real fighters and zooming effects. Players select one of three fighters (Buzz, Ty or Kato) to take on anyone who dares. At the conclusion of a match, players are individually awarded a Knockout Bonus, Brutality Bonus, and a Fight Purse. Every third match is a Grudge Match where players test the skills of each other. The last man standing is the winner of this three-knockdown match. Players fight their way to the Elimination Match to decide who wins the opportunity to dethrone the champion, the Masked Warrior.

[Graphics - Arcade] The graphical animations for the player character and opponents were created through a bluescreen process, where the various poses and moves were performed by real actors in front of a video camera. The game's on-screen character animation are replays of the actual footage, not a rotoscoped (redrawn) animation as is common in other games. Pit-Fighter is the second [arcade] fighting game to use digitized sprites, after Home Data's Reikai Dōshi: Chinese Exorcist.

Cancelled Atari 7800 version Atari had a 7800 port underway, outsourced to Imagitec Design, but abandoned it around 1992.

DOS version The DOS port of Pit-Fighter inexplicably uses a sprite resizing algorithm that stretches only vertically, not horizontally. This results in very odd-looking "skinny" fighters onscreen (as well as almost everything else).

[Sequel] Electronic Gaming Monthly has a two-page preview of the planned sequel which the magazine claimed was more than 75% finished and would be released for Genesis[/Mega Drive] in the 4th quarter of 1993. Kato, Buzz, and Ty were returning along with three new selectable fighters: Connor (Karate Champion), Tanya (Roller Queen), and Chief (Ex-bodyguard) — three of the playable characters that were ultimately featured in Atari's subsequent game, Guardians of the 'Hood. Pictures show two CPU fighters, Helga (level 1) and Jay-Jay (level 2).[10] 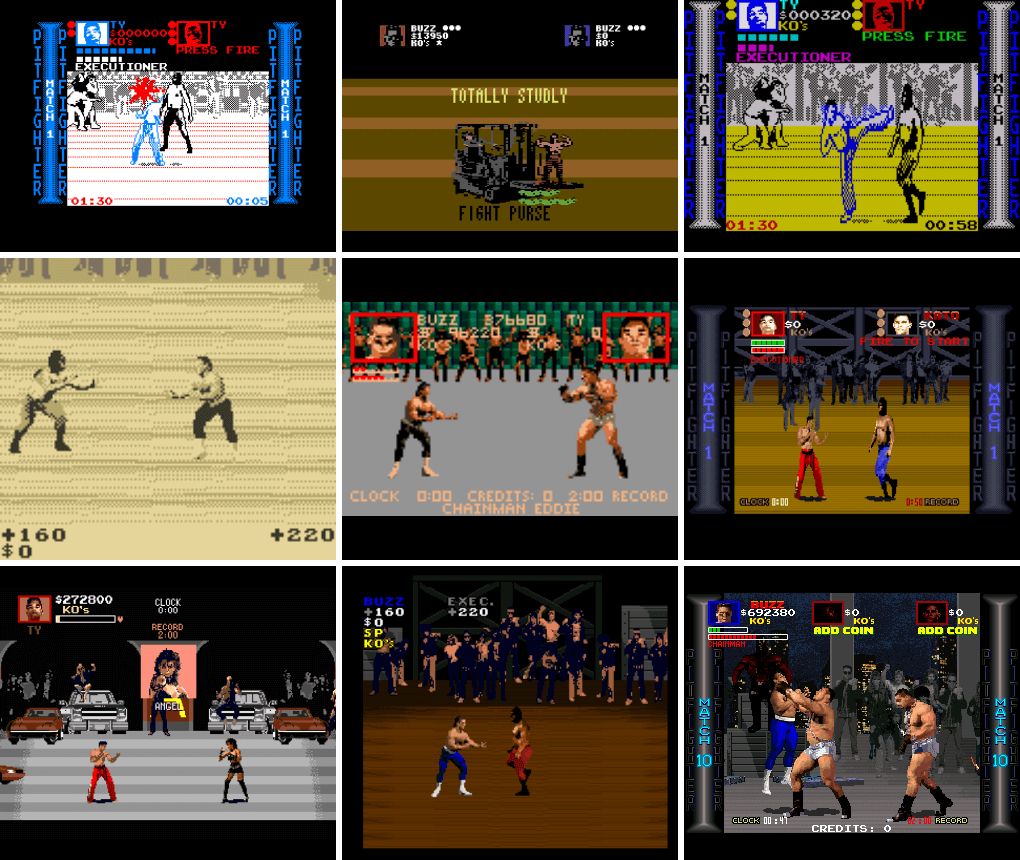 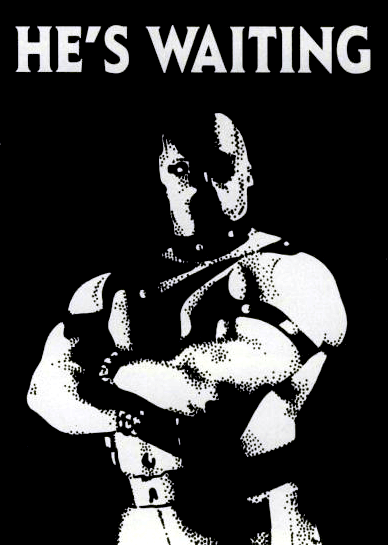 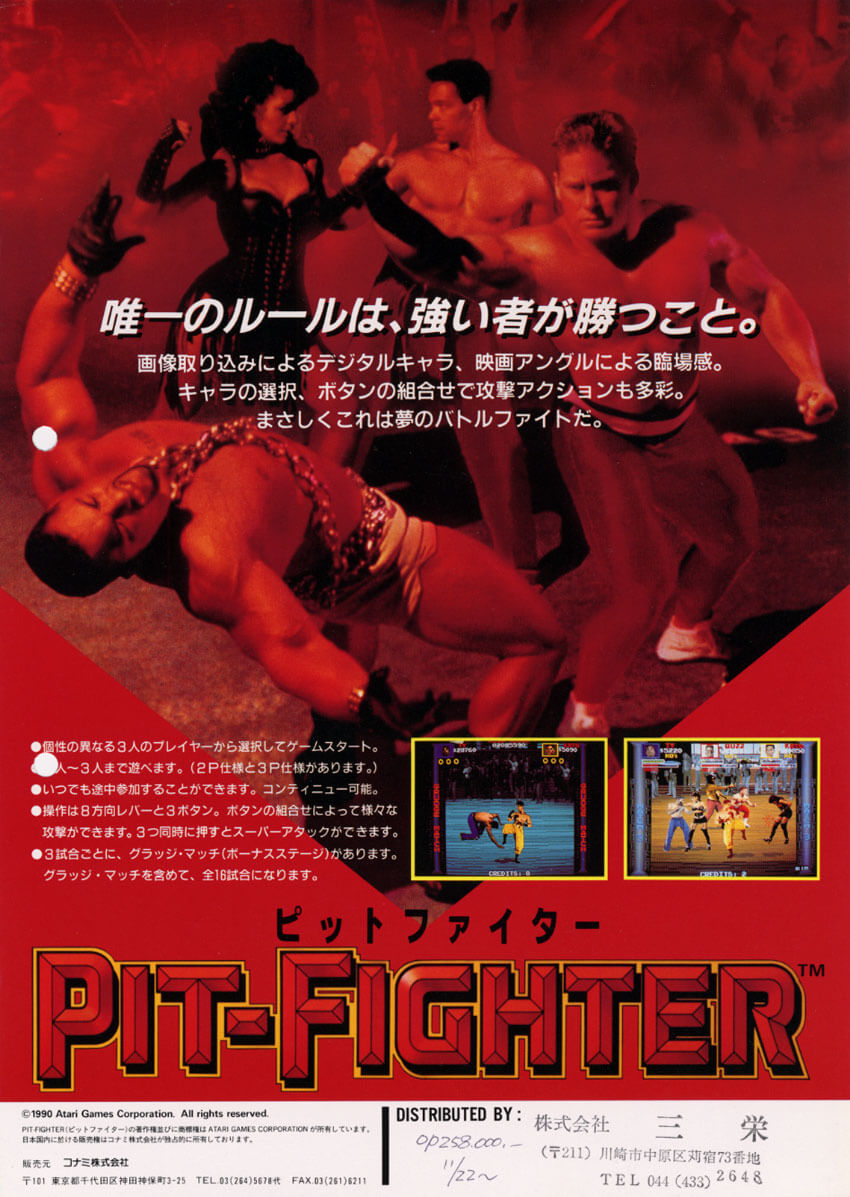