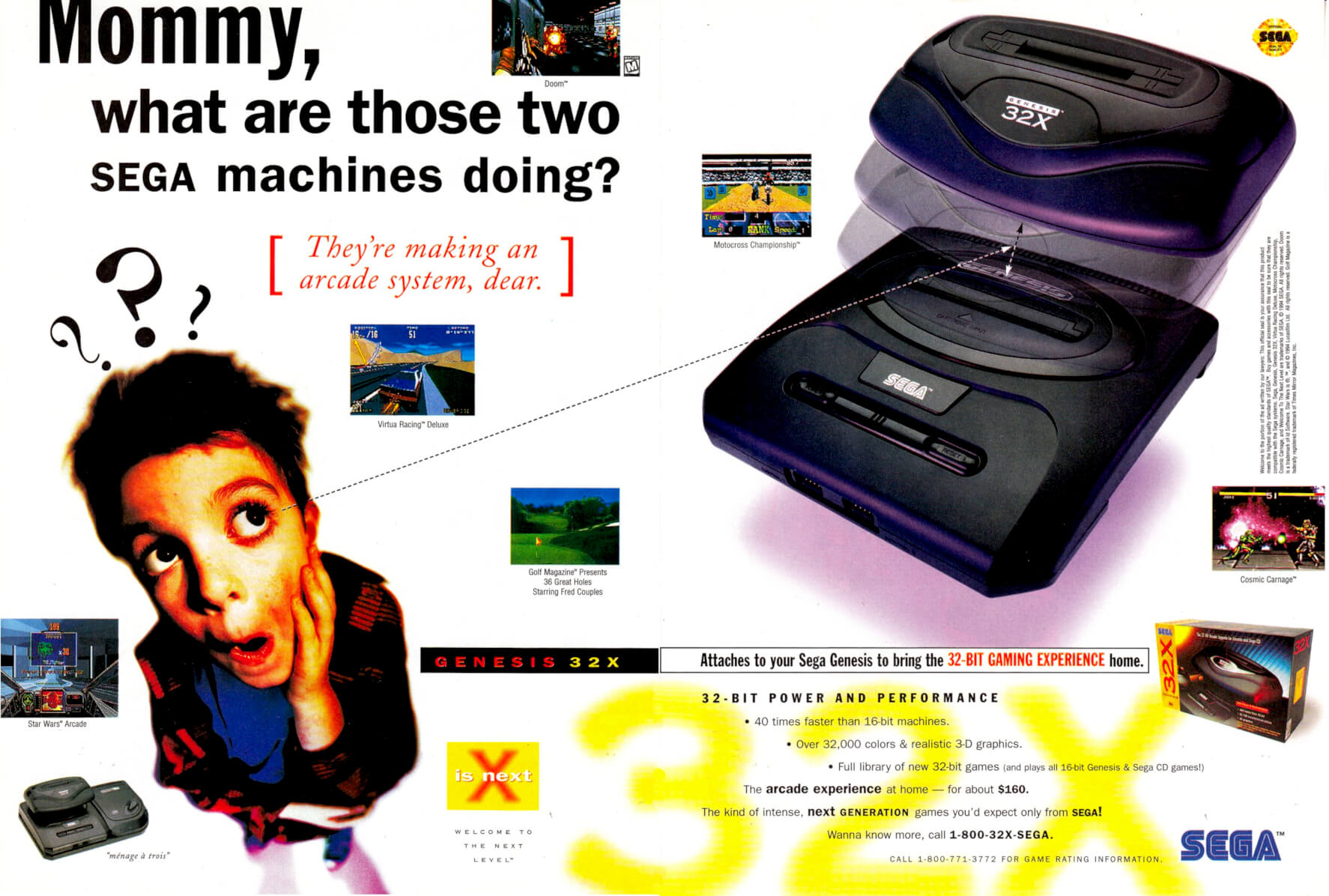 The 32X is an add-on for the Sega Genesis video game console. Codenamed "Project Mars", the 32X was designed to expand the power of the Genesis and serve as a transitional console into the 32-bit era until the release of the Sega Saturn. Independent of the Genesis, the 32X uses its own ROM cartridges and has its own library of games. The add-on was distributed under the name Super 32X[a] in Japan, Genesis 32X in North America, Mega Drive 32X in the PAL region, and Mega 32X in Brazil.

Unveiled by Sega at June 1994's Consumer Electronics Show, the 32X was presented as a low-cost option for consumers looking to play 32-bit games. Developed in response to the Atari Jaguar and concerns that the Saturn would not make it to market by the end of 1994, the product was conceived as an entirely new console.

Before the 32X could be launched, the release date of the Saturn was announced for November 1994 in Japan, coinciding with the 32X's target launch date in North America. Sega of America now was faced with trying to market the 32X with the Saturn's Japan release occurring simultaneously. Their answer was to call the 32X a "transitional device" between the Genesis and the Saturn, to which Bayless describes of the strategy, "[f]rankly, it just made us look greedy and dumb to consumers."[3]

The 32X is considered a commercial failure. Reception after the add-on's unveiling and launch was positive, highlighting the low price of the system and power expansion to the Genesis. Later reviews, both contemporary and retrospective, for the 32X have been mostly negative because of its shallow game library, poor market timing and the resulting market fragmentation for the Genesis. 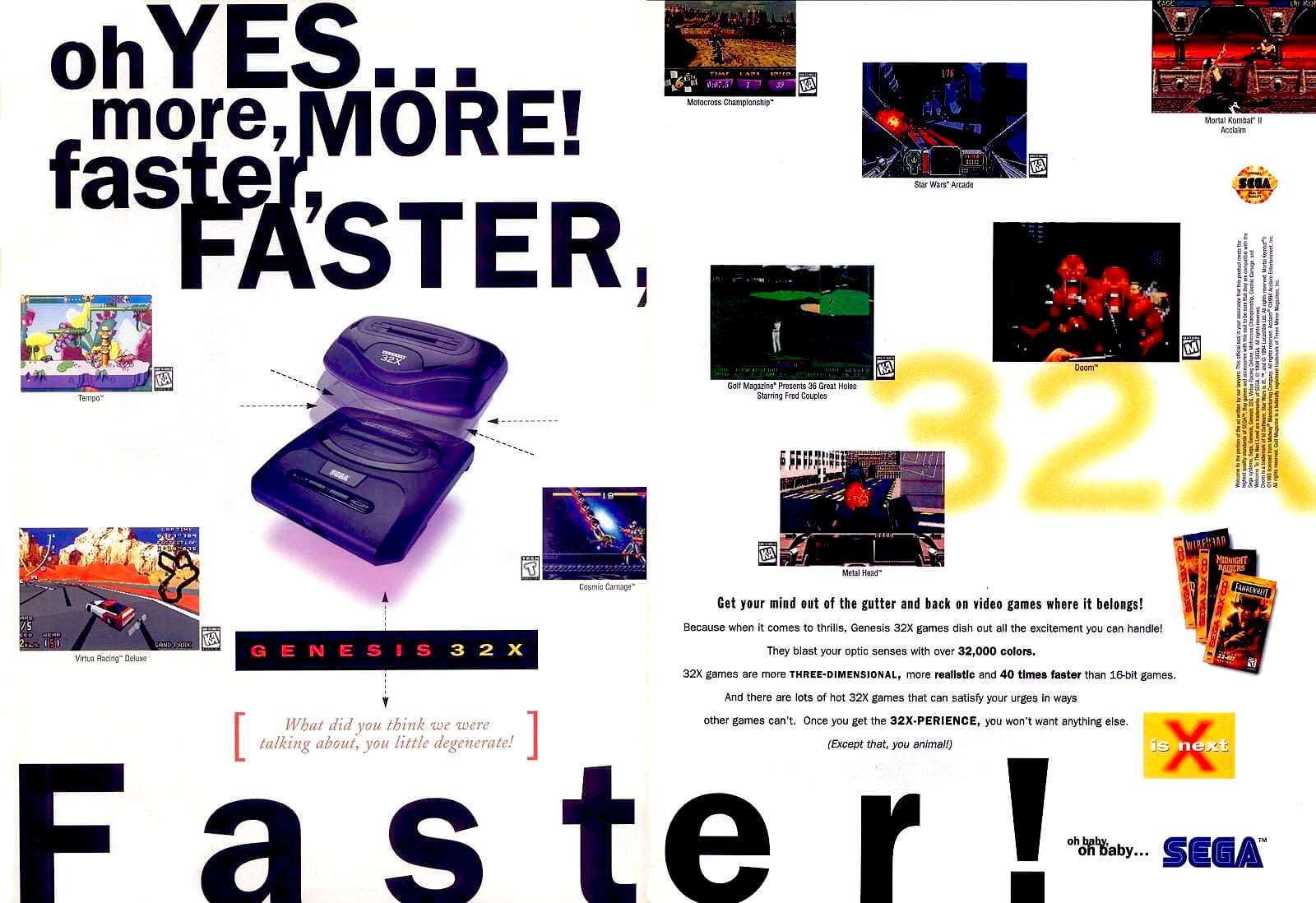 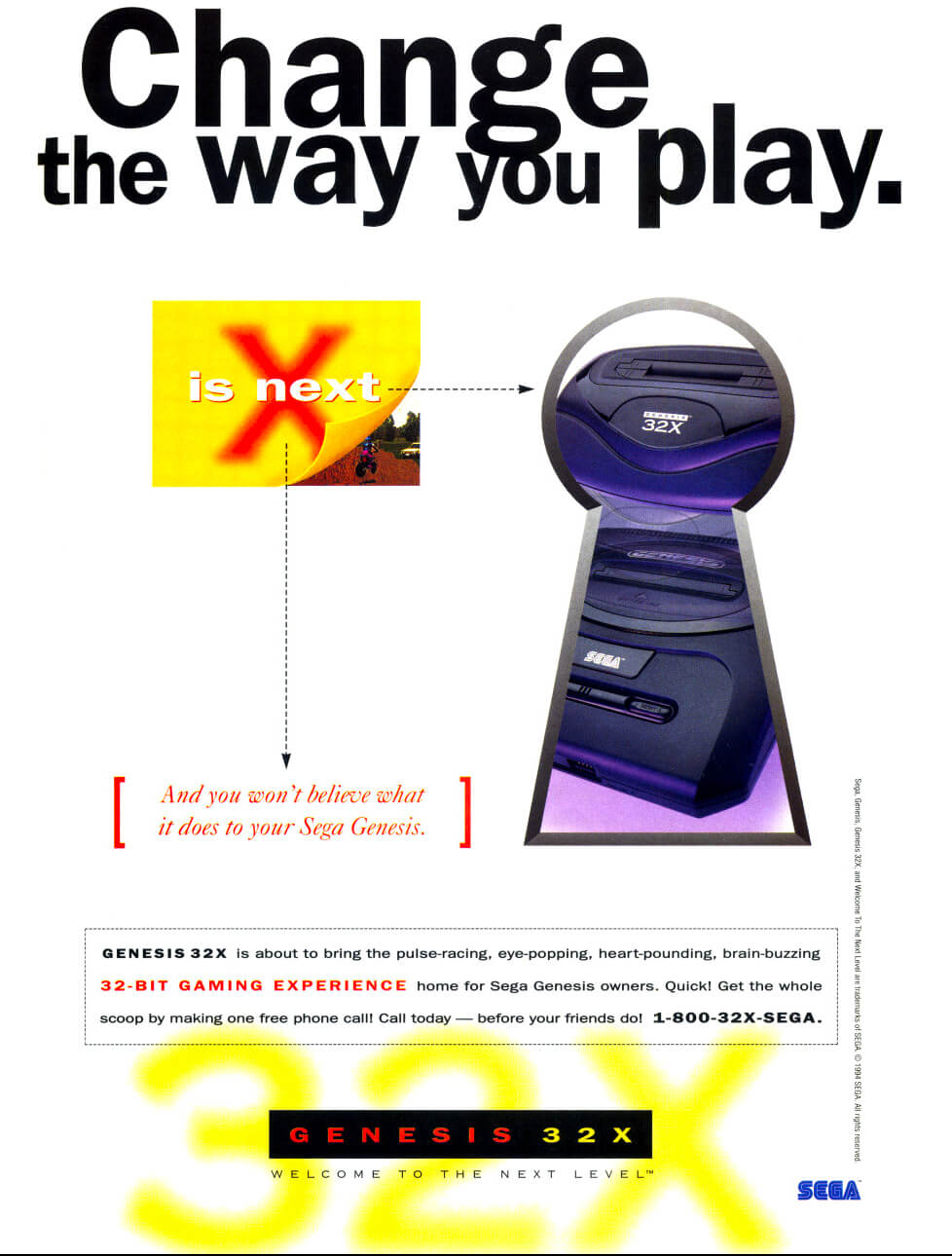 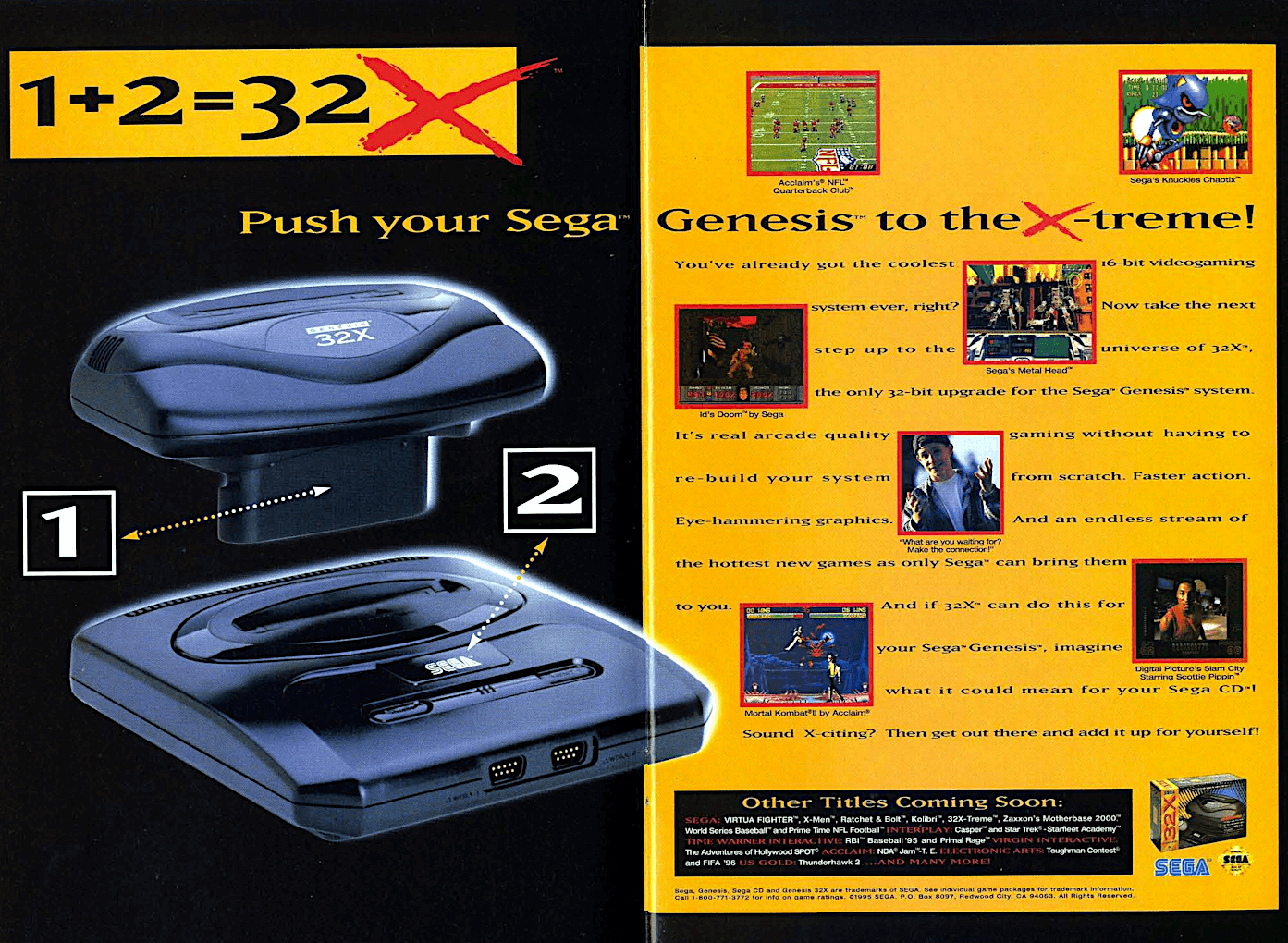