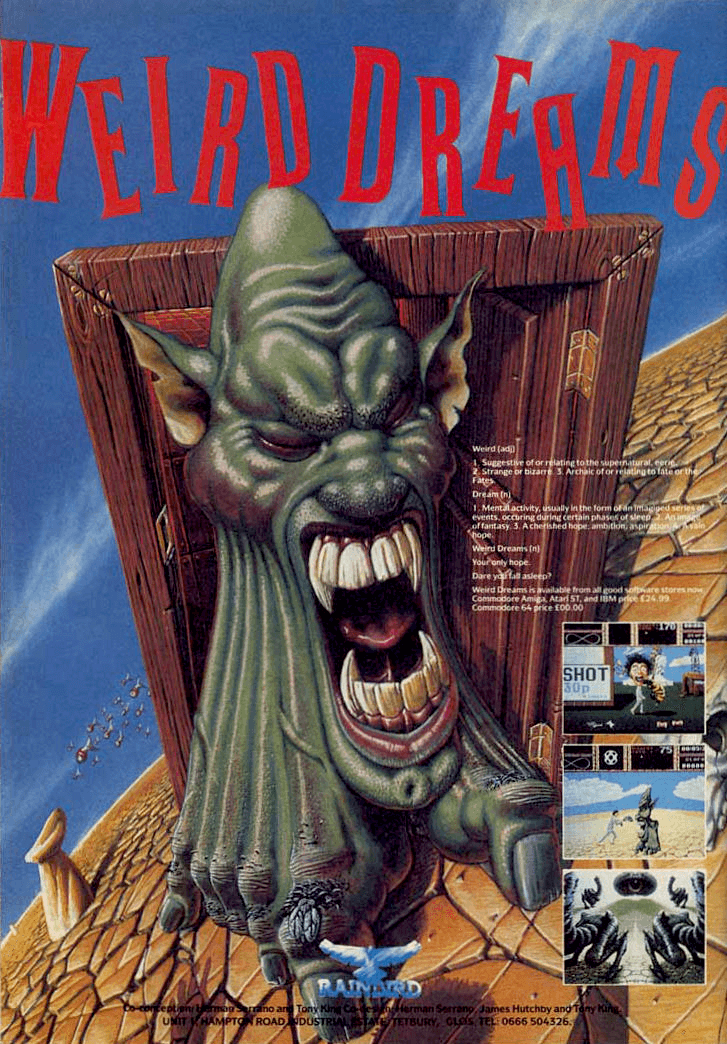 Description
A severely ill man is on the operating table when a Daemon named Emily trapping you in your own subconscious. To escape you must find four orbs, which are trapped within a selection of esoteric mini-games set within the darkest Dali-influenced recesses of the mind.

Weird Dreams is a third-person game with action and puzzle elements. The game contains bizarre levels and unorthodox activities, including feeding a wasp cotton candy, beating up hopping totem poles with fish from the sky, and an encounter with a baked chicken in a haunted house. The game comes with a "short novel" that explains the plot in detail and serves as copy protection.

Designer Herman Serrano said he wanted to "paint" the computer screen instead of a canvas. He thought up all the strange level themes while on vacation from art school.

The general plot was conceived by the developers, and Rupert Goodwins was asked to write the novella included with the game.

The scenarios in the game are not based on Serrano's own nightmares, but are inspired by the paintings of Salvador Dalí, Terry Gilliam's cartoon animations for Monty Python, and on odd observations. After a visit to the dentist, Serrano developed a phobia of teeth, which is noticeable in the design of the monsters, many of them having mouths with large teeth.

The game took over a year to produce.

TV show
A modified version of it served as the visual component to a phone-in quiz on ITV's Motormouth.

Cancelled ports
The game was planned for release on Amstrad CPC and ZX Spectrum, but both versions were cancelled.

The Commodore 64 version was released in 1990 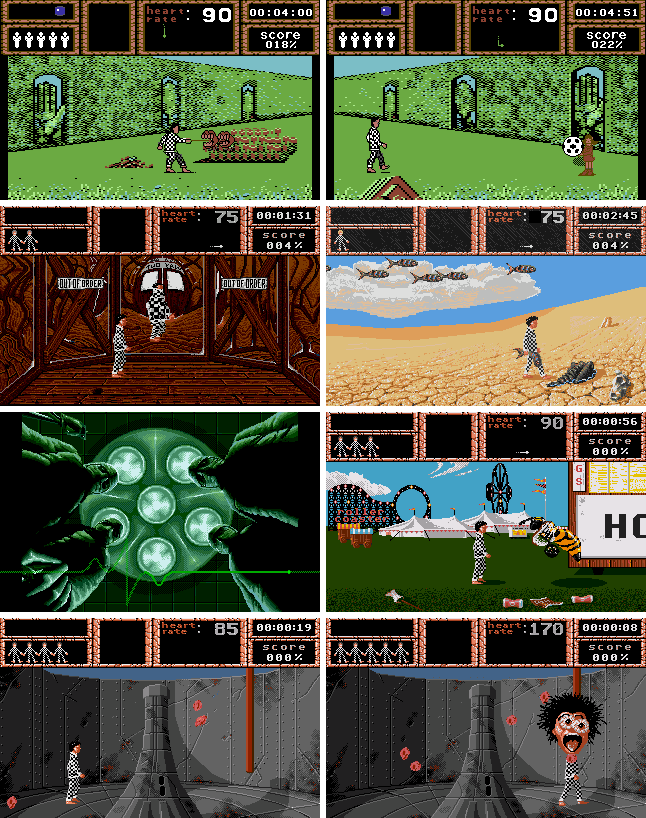 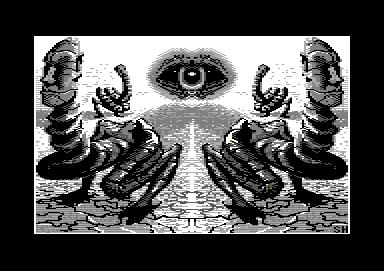 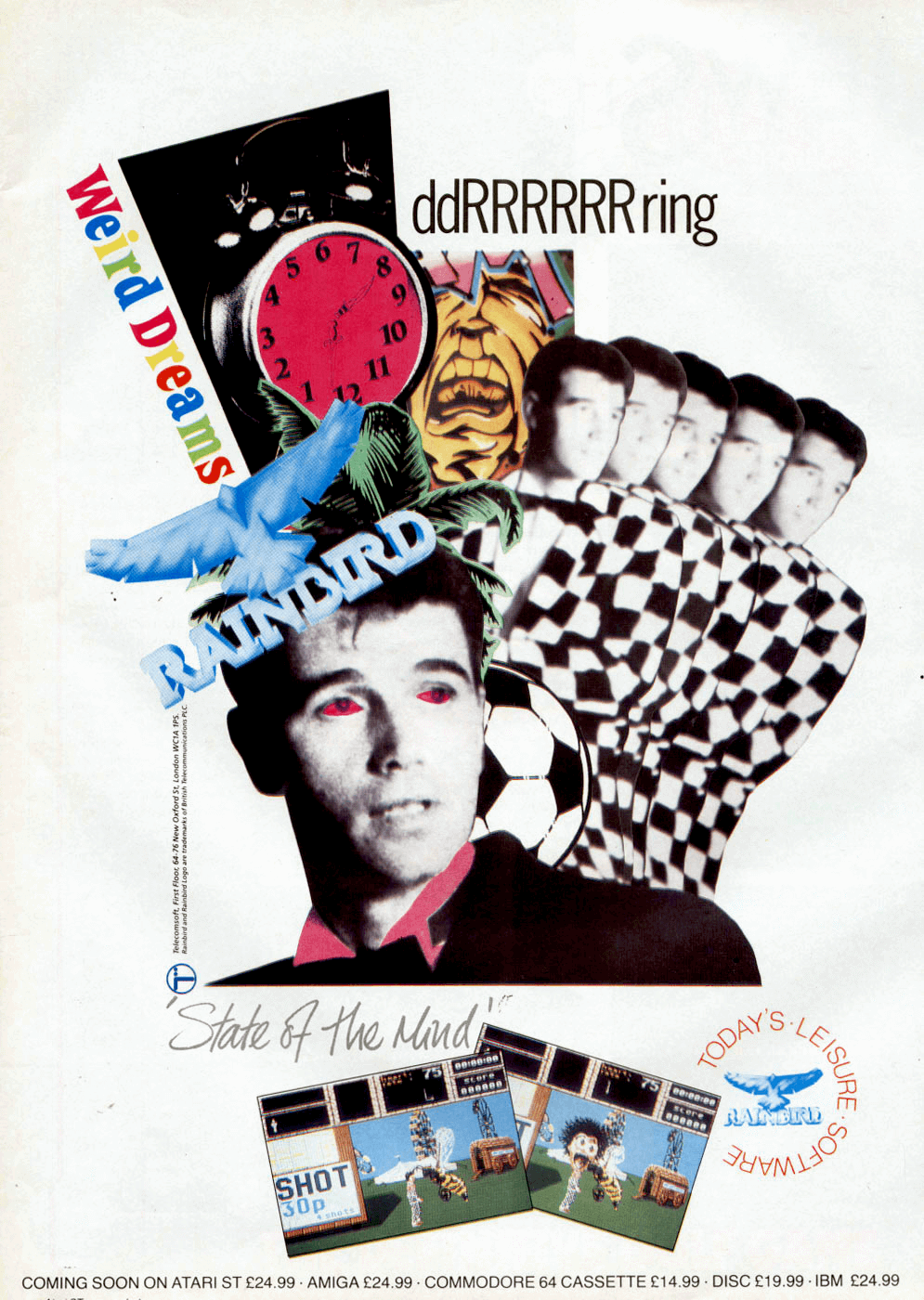 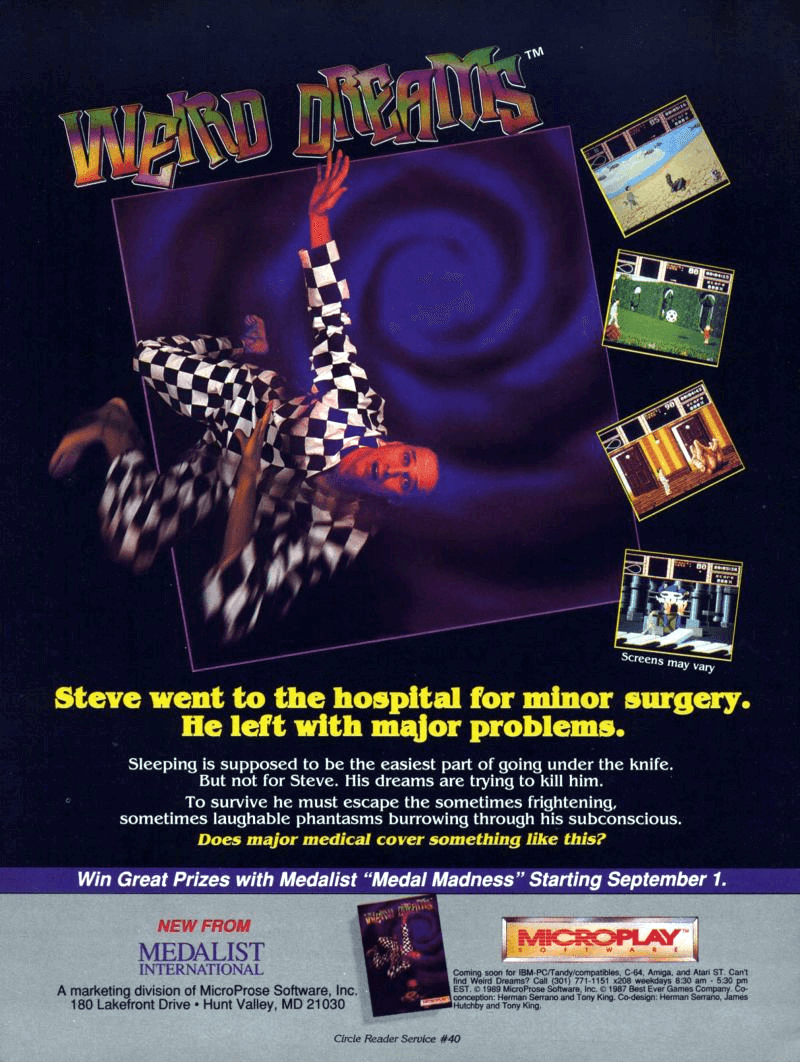 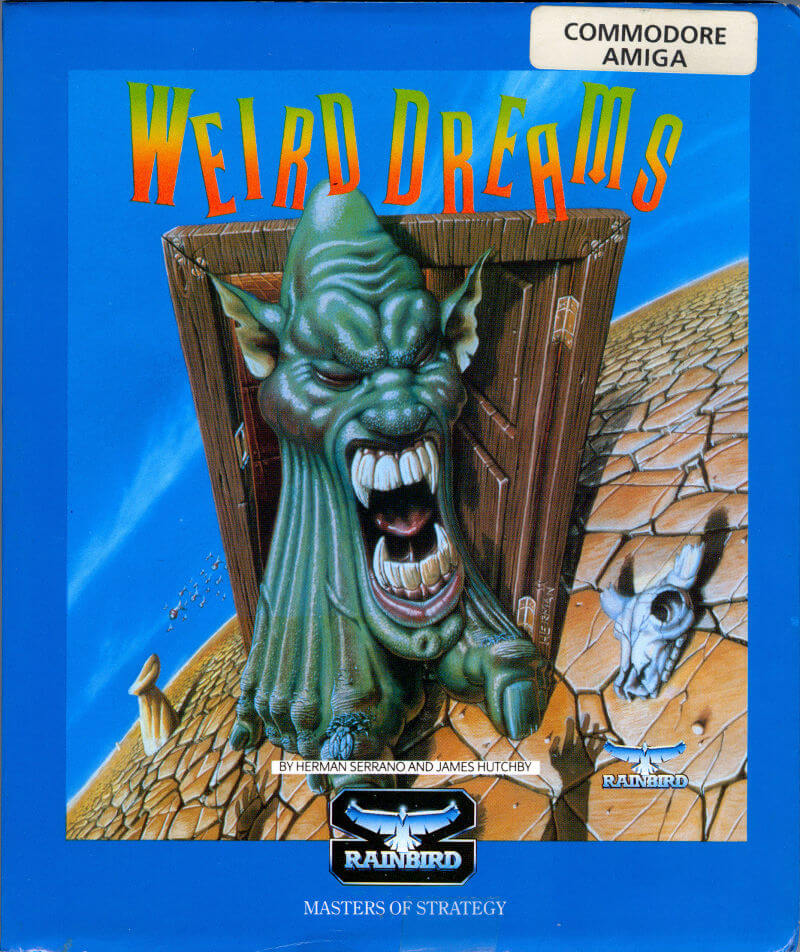 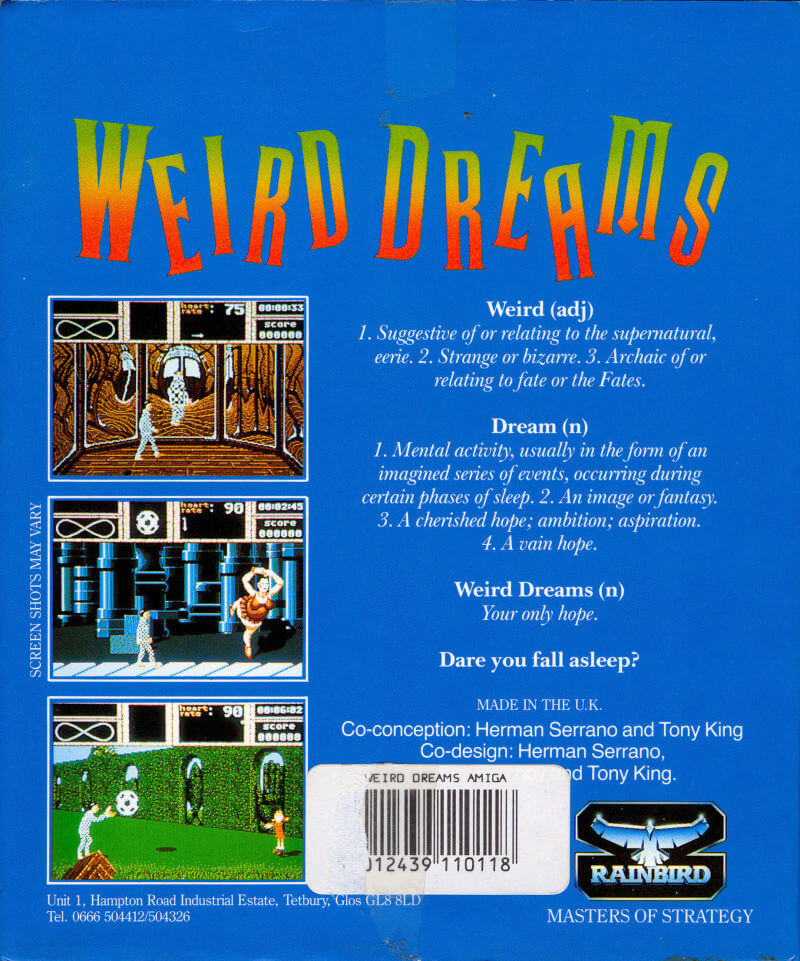