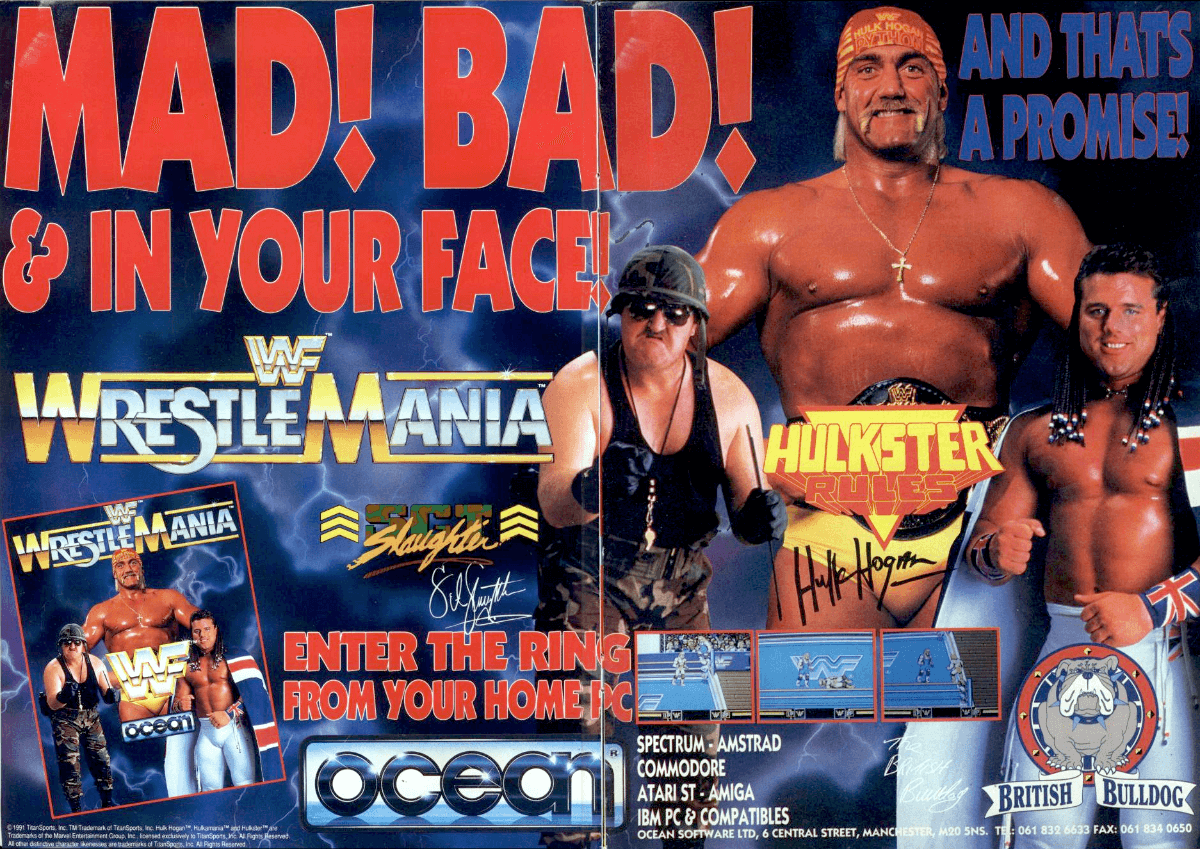 Description
WWF Wrestlemania is a wrestling game with arcade elements, which uses the World Wrestling Federation license. The player can control one of the three available wrestlers: Hulk Hogan, the Ultimate Warrior, or the British Bulldog.

The player either participates in practice matches (against the hopefully-misnamed Mr. Perfect) or in a sequence of five matches to win the Wrestlemania Belt. The opponents have different special moves - watch out for The Warlord's Full Nelson and Sgt. Slaughter's Camel Clutch, for example. Before the fights start, the opponents will deliver a taunt, which the player must respond to as creatively as possible.

The game is viewed from a forced perspective above and behind the action. The player's aim is to pin the opponent to the ground for three seconds, which can only be done once he has been weakened. Kicks, punches and throws will reduce an opponent's strength bar. When a strong opponent is down, stamping on him will pay off more than attempting a pin.

Avoid leaving the ring for too long - 20 seconds out and the match is void, which counts as a defeat. As in real WWF, the frame of the arena can be used to perform moves. Once players are in close contact, the player can waggle the joystick to ensure he wins the grapple.

Trivia
It was the first WWF licensed game available for these computers which were still dominant in Europe. It was followed on most of these computers by 1992's WWF European Rampage Tour. 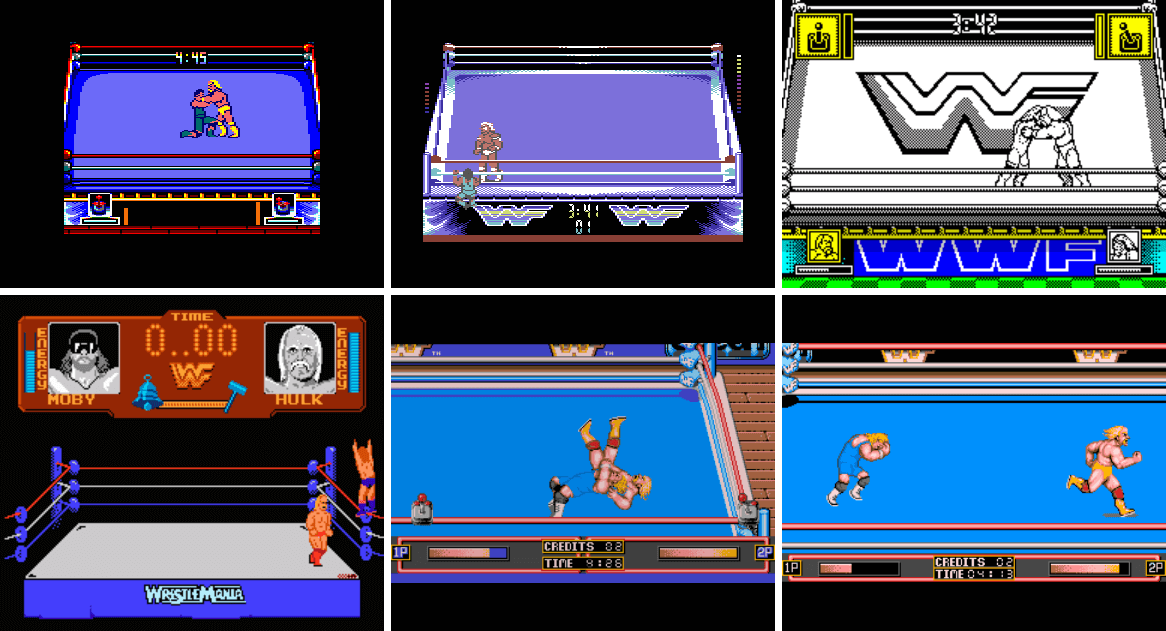 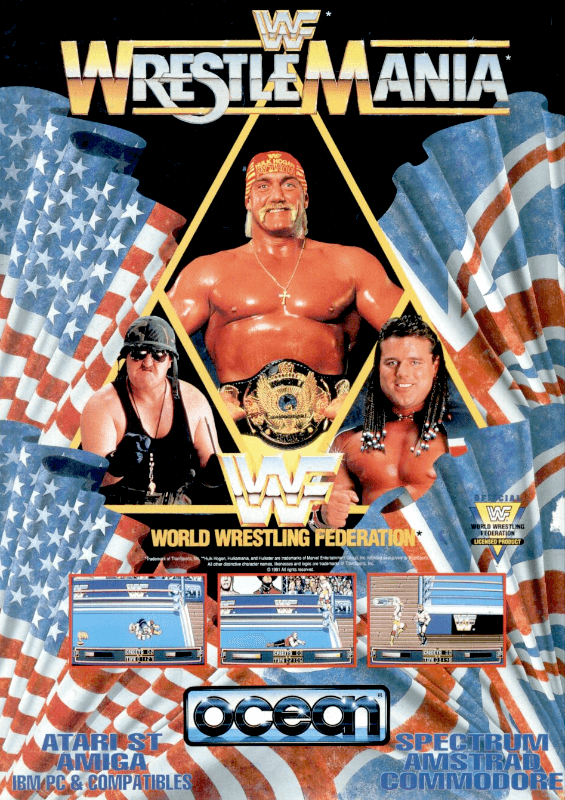 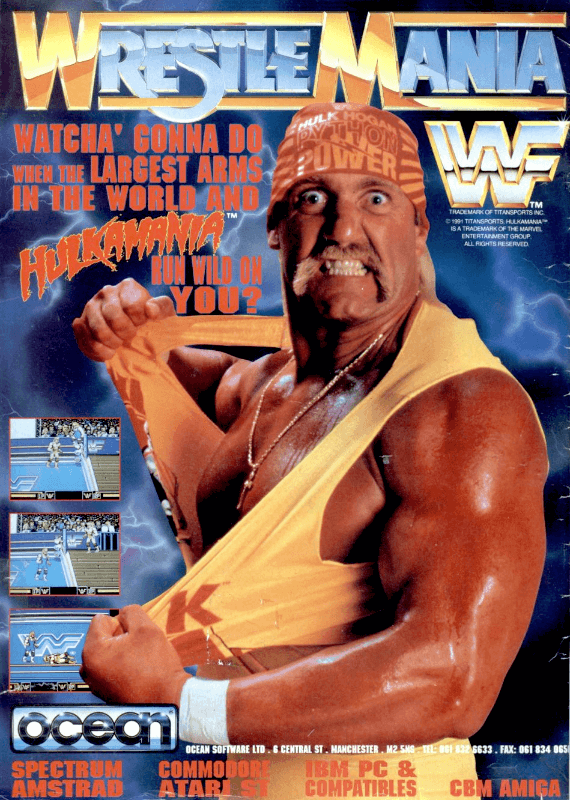 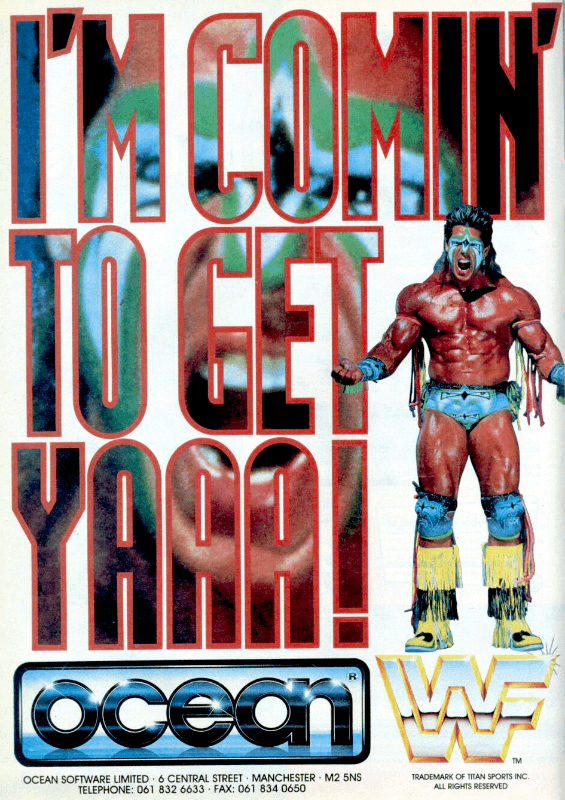