The Ultimate Ride - Video Game From The Early 90's 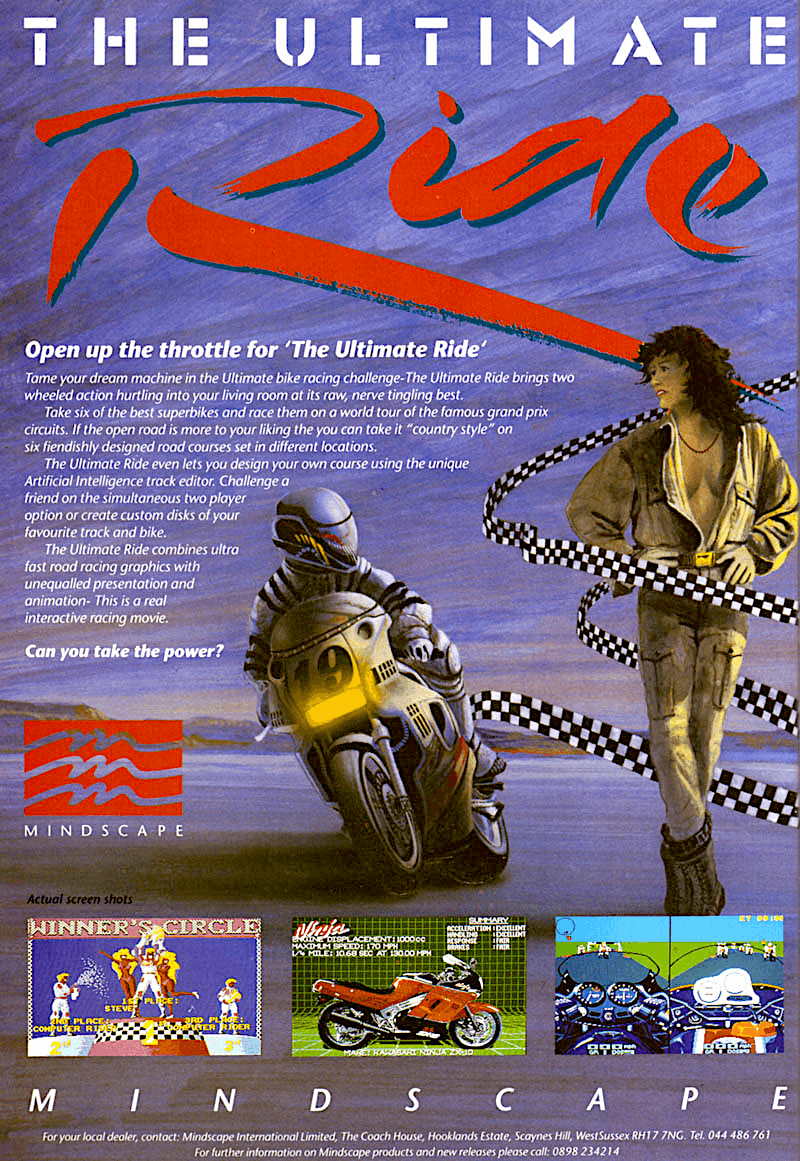 The Ultimate Ride is a first-person motorcycle racing game featuring six Japanese bikes to choose from. The player participates in races (either with our without qualifying lap) and tries to win them. While not a simulation, the game's controls are more on the realistic side, requiring the player to drive carefully with the powerful machines given.

The most important aspect of the game are the courses: there are six traditional courses modeled after real-life ones and six which lead over countrysides. On those the player also has to worry about obstacles like animals on the road or other vehicles (there is no oncoming traffic, though). The only customization options for the bikes are the choice between manual or automatic gears and three tires which should be chosen dependent on the course and weather conditions. There is also an editor to design new courses.