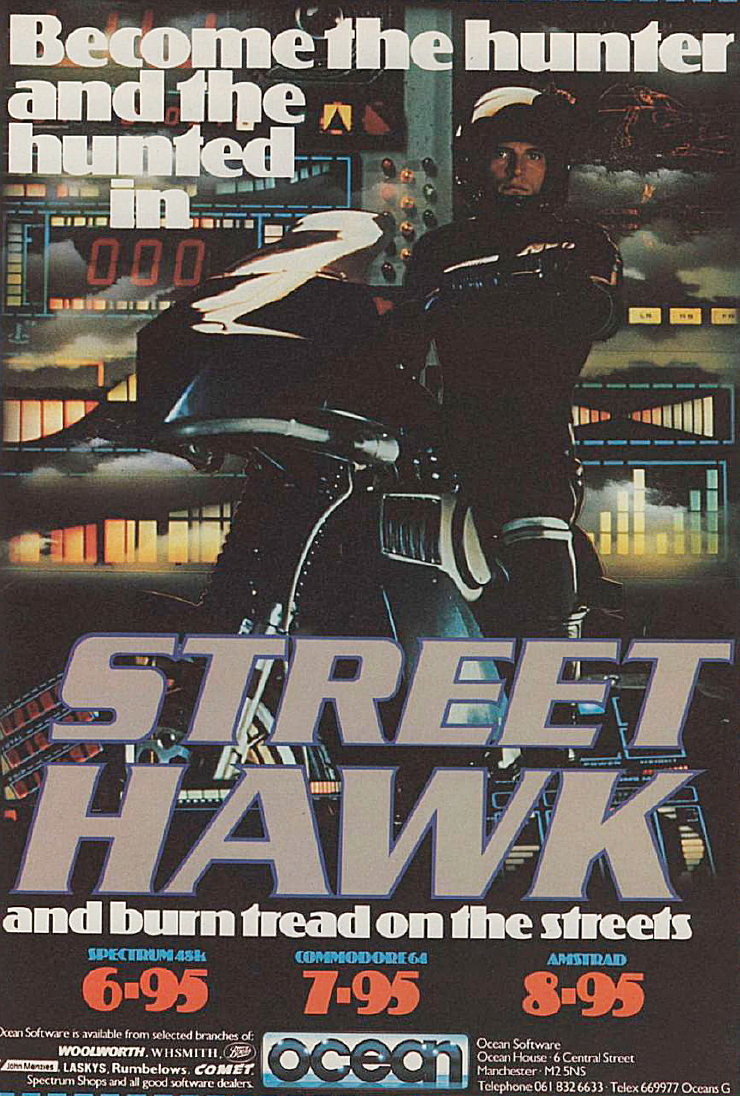 Jesse has vowed to avenge the death of his best friend, and goes on a mission to take down the villains whether they may be. But Jesse need not look no further than the street. The baddies are driving XR3's, so all it would take is one laser blast in the XR3 fuel tank, and the cars are immobilized.

Zooming along, the player has to serve through traffic, dodging the bullets fired by the bad guys and eliminating carloads of criminals while taking care not to kill innocent citizens. As well as the built-in lasers, Jesse's bike can leap into the air, and a well-timed spring can avoid a collision. A crash or a blast from a villain's gun is not fatal, as the bike can take a fair bit of damage before it is immobilized. Reckless driving is not tolerated, and if too many civilians are killed, the police will be in pursuit. If the police catches up with the bike, the game ends. However, the turbo facility can be used to make a quick getaway.

After driving along, the player needs to keep an eye on the gauges that indicate the condition of the lasers, the damage inflicted on the bike, and the engine temperature. Points are awarded for each of the villain's car blown up and for each civilian overtaken. While driving, Jesse receives a message regarding a break-in at the liquor store. It is up to him to take it slowly so that he can arrive there safely.

At the liquor store, you must destroy three villains who run out of the store and attempt to escape in their getaway van. All of the villains must be shot before the second mission can begin. This mission involves another chase sequence, only this time a high bonus is awarded for killing off a major underworld figure who is driving a black sedan. Once the sedan gets destroyed, Jesse and his bike can return to base for a refit so the major confrontation with the leader can begin. To complete the game, the leader must be blown out of his Porsche.