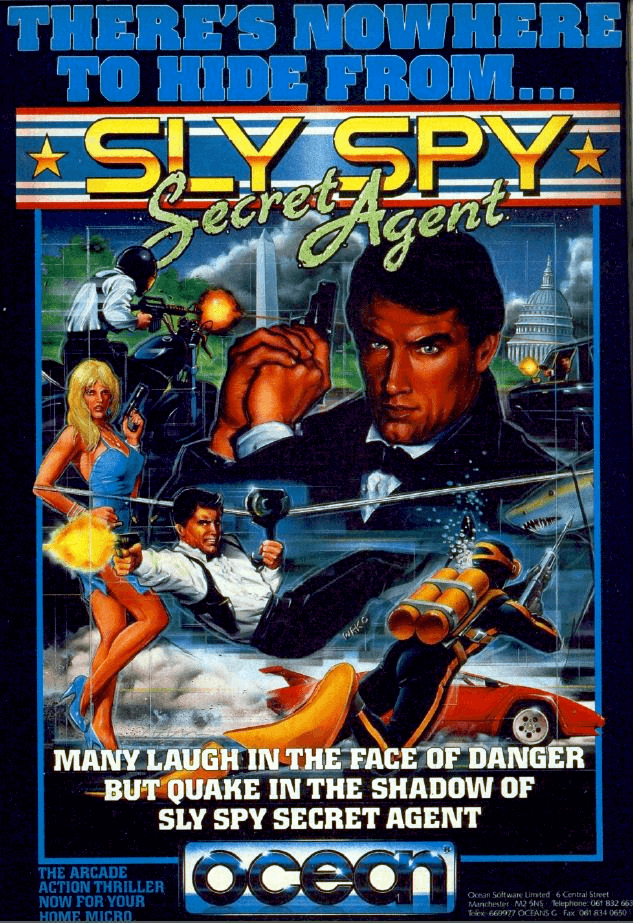 Description
With a clear James Bond influence, Sly Spy must stop terrorists destroying parts of the city in this collection of sub-games. Roughly half of these (starting with level 2, and alternating from there on) are side-scrolling Green Beret-influenced offerings, not entirely dissimilar to a great many Ocean movie licenses. There are bad guys to shoot and bullets to avoid, with boxes to climb up on and strategic positions to shoot from behind cover.

The first level involves skydiving down the screen and shooting at the agents as they themselves fall - complete this and you'll safely parachute to the ground. There's a motorbike chase, in which you must shoot out and dodge agents. Two underwater levels follow, in which more enemies and some sharks must be shot. Before reaching the final multiple-enemy showdown in a missile factory full of the baddies from the game.

Ports and related releases The game was ported to several home systems for personal use. Ocean Software ported it to the Amiga (with completely different background music composed by Tim Follin), Amstrad CPC, Commodore 64, Atari ST and ZX Spectrum in 1990 exclusively in Europe, whilst Data East would release Ocean's Commodore 64 version in North America in 1990.

After Data East became defunct due to their bankruptcy back in 2003, G-Mode bought the intellectual rights to the arcade game as well as most other Data East games and licenses globally.

In 2010, G-Mode and G1M2 added the arcade game to Data East Arcade Classics as "Secret Agent".

In 2018 it was released on Nintendo Switch. It was titled Johnny's Turbo Arcade: Sly Spy.

In the 1990 movie RoboCop 2, officer Duffy gets pushed by RoboCop into a Bad Dudes arcade cabinet, but with Sly Spy built into it. Along with a few other Data East arcade games, they appeared in the film due to licensing and advertising agreements between Orion Pictures, Data East and Ocean Software after the release of two video games based on the RoboCop property. 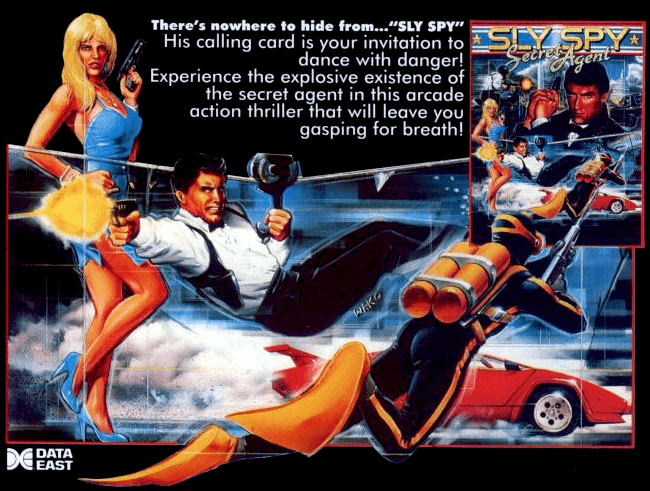 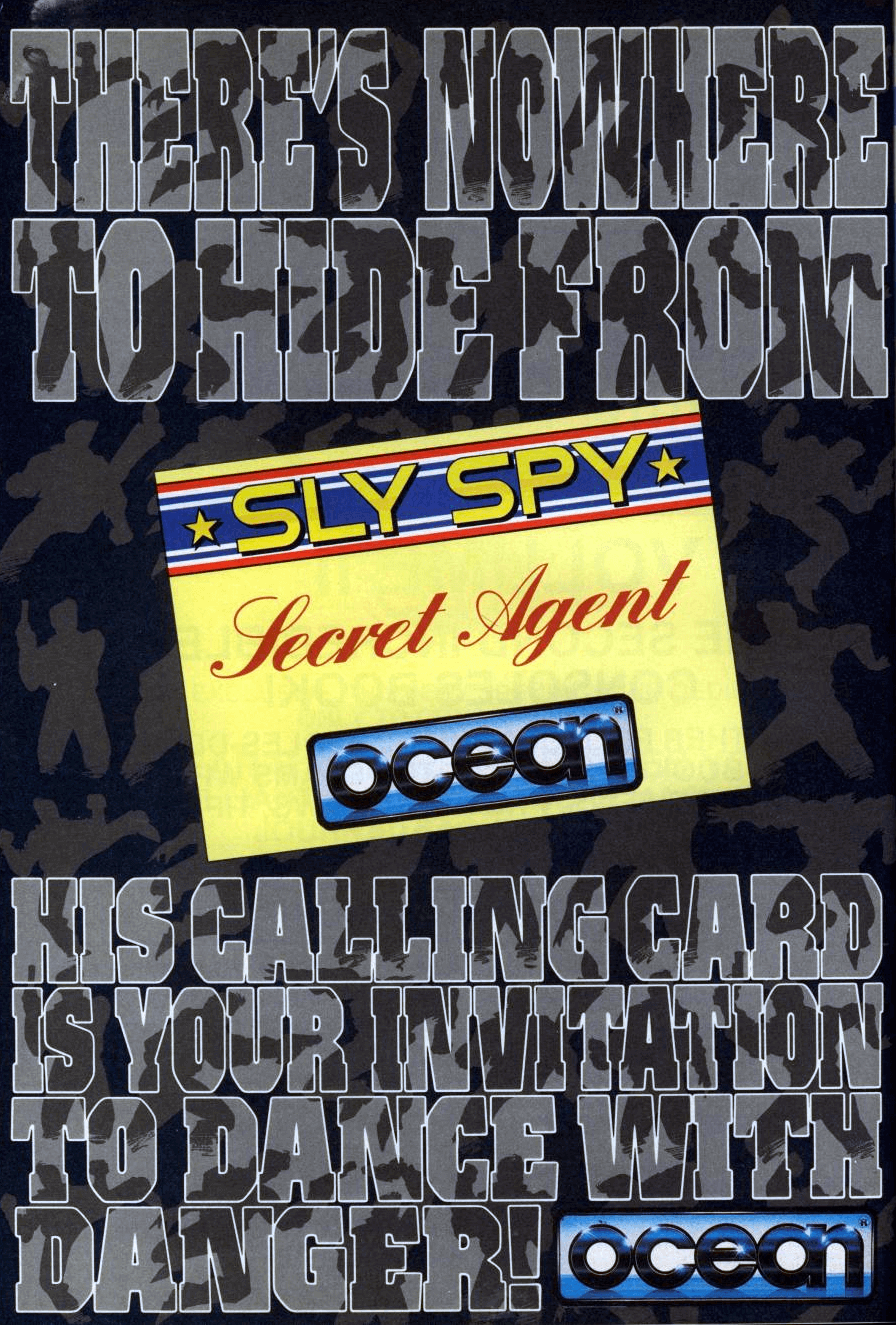