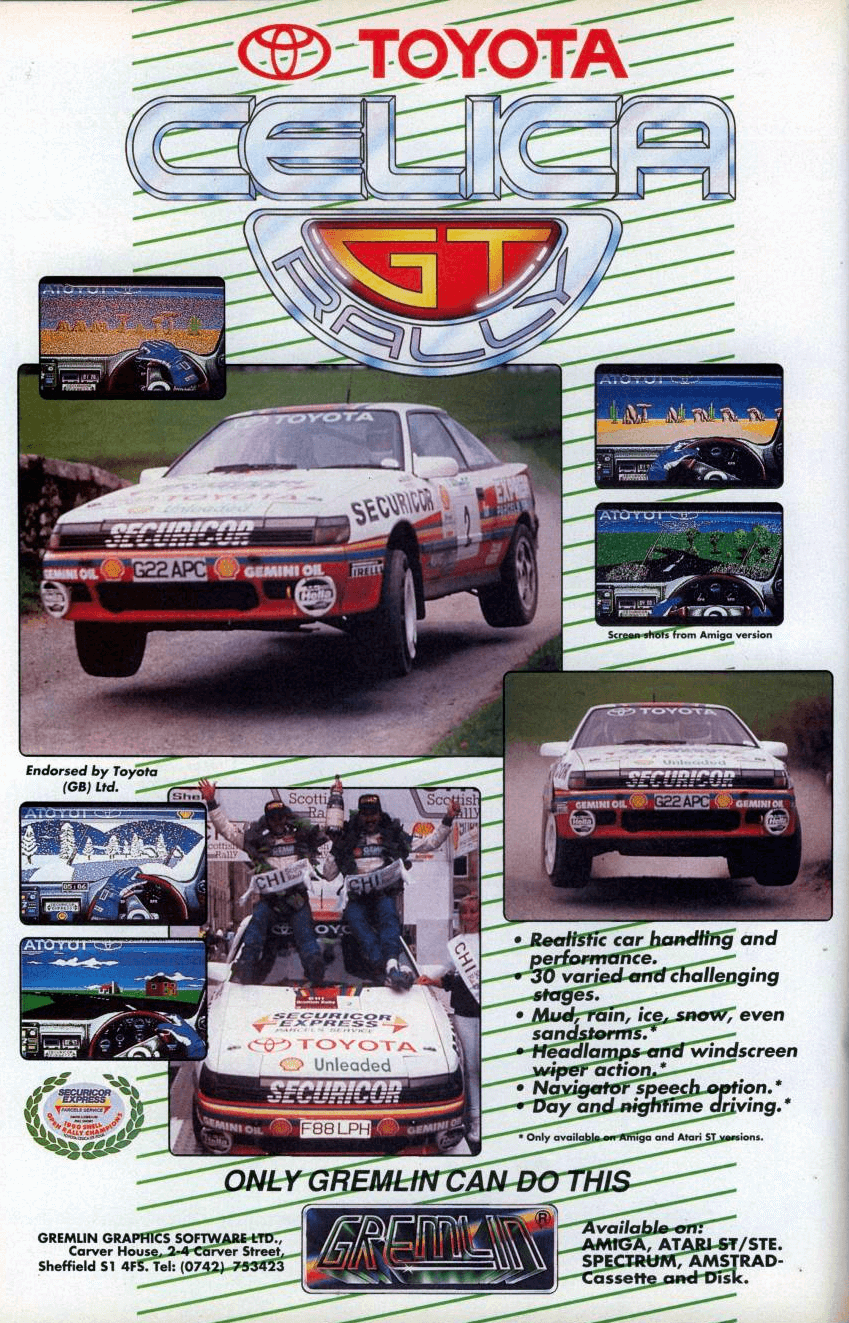 Description
A detailed recreation of rallying licensed from Toyota Great Britain. Driving on gravel, asphalt and ice is involved, with each race made up of a series of short stages to complete. After each stage, your times are compared with those of your rivals, whose names are subtly changed from the real drivers of the day. Up to four human players can be involved, taking it in turns.

As visibility is sometimes low, and the exact curvature of a corner isn't always obvious from the apex, a co-driver is provided to give pace notes. These can be adjusted before you take to the track, specifying what is defined as 'hard left' and how early the warning should be given.

The steering sensitivity can be adjusted, and you can choose between automatic centering, and a push-the-opposite-way-to-centre mode, but more unusual is the option to race with the steering directions reversed - definitely one for advanced players.

C64 version
A technically impressive game which you’d never expect to see on a C64, though Gremlin had other plans… They had managed to get Lotus converted to the C64 with success, so Toyota Rally didn’t seem that impossible to try too.

Commodore Format #6 said the following to first mention the conversion… “Following the success of Lotus Esprit Turbo Challenge, Gremlin have just announced that they will be doing a C64 version of TOYOTA RALLY, which blew 16-bit reviewers away.”

Well, this sadly was it. The conversion was never mentioned again, and Gremlin went on to do a few other titles before moving onto the other higher platforms. 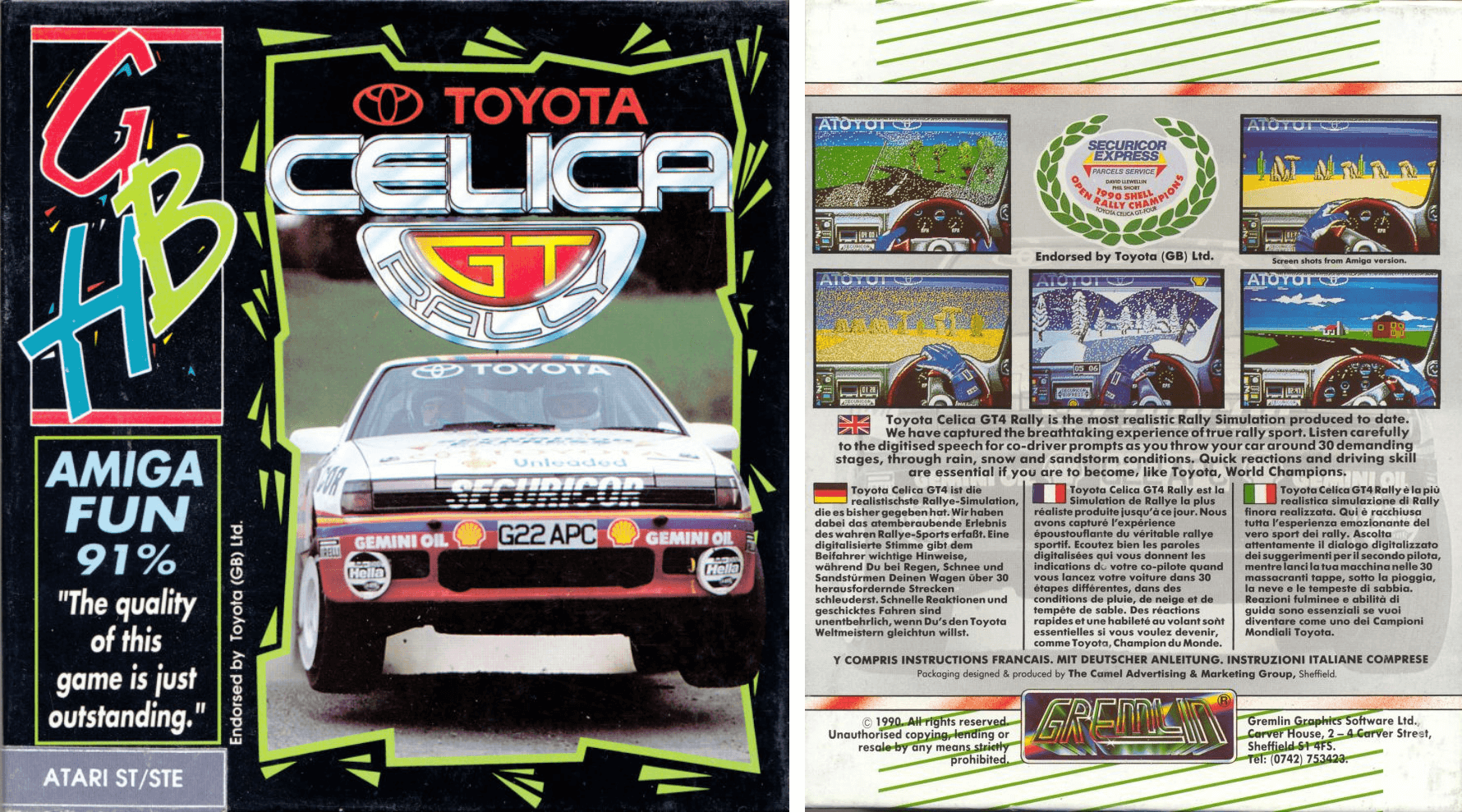