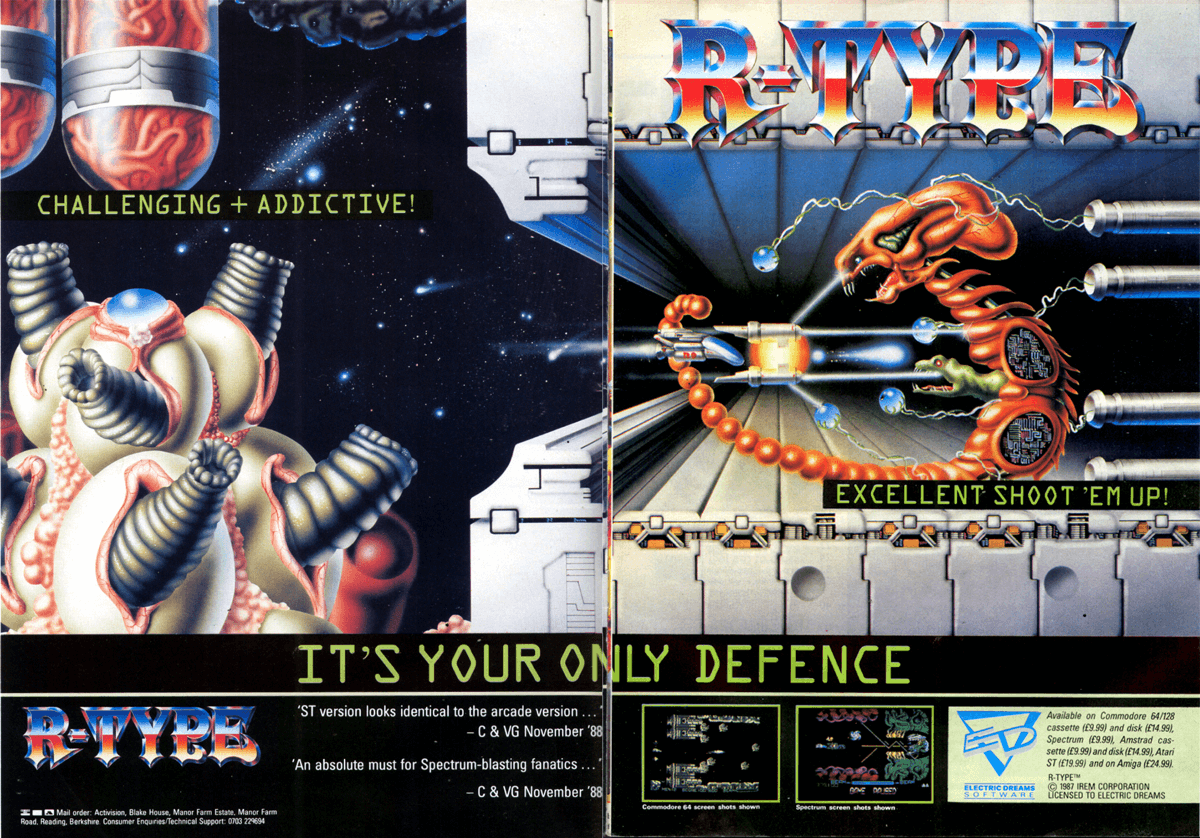 Description
R-Type is a side scrolling shoot 'em up best known for its extremely tough and strategic gameplay. You control the R-9 spaceship as it launches a last-ditch effort to repel the evil Bydo empire.

The stages of R-Type are made in an organic style, certainly inspired by H. R. Giger's artwork for the Alien movies. When it came out, it was considered trend-setting since it broke off from the stereotypical sci-fi mould of other shoot'em'ups.

In part, the levels themselves are your enemy, which is exemplified by the fourth, where spider-like creatures weave webs that cover the screen and block your path, or levels with intricate tunnel systems. Still, the levels are best handled with a combination of strategy and reflexes, without the memorisation that is required of R-Type's contemporary rival, Gradius.

Commodore 64
The C64 version was coded by Manfred Trenz, which is ironic as he was behind the infamous R-Type clone Katakis. This was in fact Electric Dreams' second attempt at a C64 version of the game - the first (coded by David Jolliff and James Smart) was the one featured in a demo given away by Computer and Video Games.

This appeared to be shaping up as a good conversion, although a bit slow, but it was taking too long, leading Electric Dreams to replace it with a quicker-to-finish version.

Commodore 64 Port: Limitations
Stage 6, The Transport System, has been dropped completely and every stage after the third one has a very unfinished feel to it.

The final boss (in the stage with the flying green babies) is not finished making it pathetically easy to beat. It fires only one type of energy shot which flies in a horizontal line. The homing balls, energy blobs and flying babies are all missing.

There is no end sequence. The game just ... stops.

The Japanese PC Engine-version of R-Type was released as two separate games, R-Type I and R-Type II, with the former containing the first four stages and the latter the remaining four. This was presumably done because the whole game would not fit on one HuCard. The second of these cards has nothing do to with the real sequel R-Type II which was never released for the PC Engine/TurboGrafx in any way. For the US TurboGrafx release they managed to fit the whole game on one HuCard so there it was simply called R-Type.

The game was later re-released (again only in Japan) as a PC Engine CD game called R-Type Complete CD which contained all of the stages, a new intro movie and improved music.

ZX Spectrum Port
A mastering error on the original release of the ZX Spectrum version meant that level 8 didn't appear on the tape - level 7 was recorded twice instead, meaning players who completed the first seven levels didn't get to see the last one. This was corrected in the budget reissue.

Sequels and legacy
Irem has developed a number of sequels and related games, including R-Type II and Armed Police Unit Gallop. Their X Multiply, although not part of the series, has similar themes and gameplay, and was released around the same time as R-Type II. However, before any of these games was Katakis, a 1988 clone produced by Factor 5 for the Commodore 64 and the Amiga.

In 1991, Konami released Xexex, a game heavily influenced by R-Type and X Multiply. The game used similar weapons and concepts, such as the "Flint" being a combination of R-Type Force and X Multiply tentacle equipment.

Other games similar to R-Type are Rezon, released by Allumer in 1991, Aicom's Pulstar and Blazing Star (the latter published under Yumekobo) for the Neo Geo, and Technosoft's 1992 title Thunder Force IV for the Sega Mega Drive.

Game Art Beyond
In 2018, R-Type was selected as one of the biggest classics on the Commodore 64 by the creators of the C64 graphics collection Game Art Beyond. R-Type was honoured with a high resolution title picture in a special C64 graphics format called NUFLI, along with a C64 version of the Amiga R-Type theme. 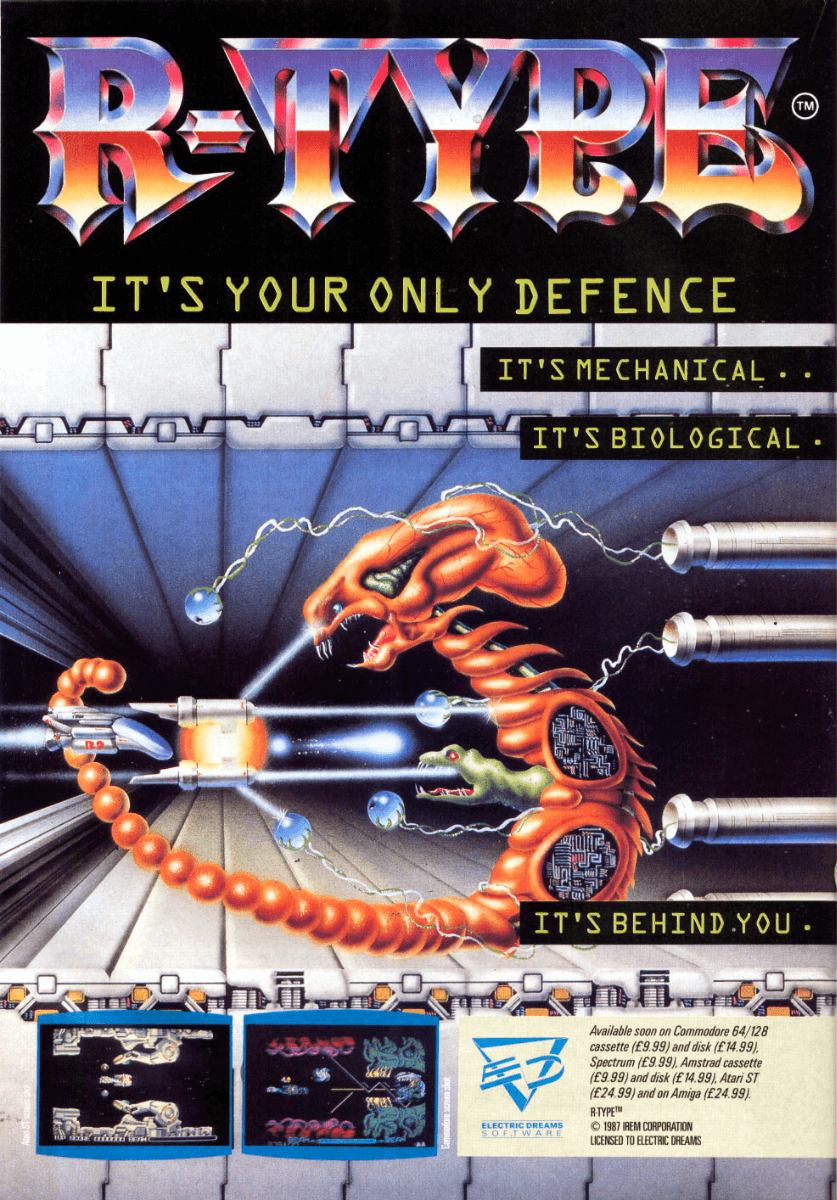