LunarLandr
8 months ago • 814 Views
Get Links 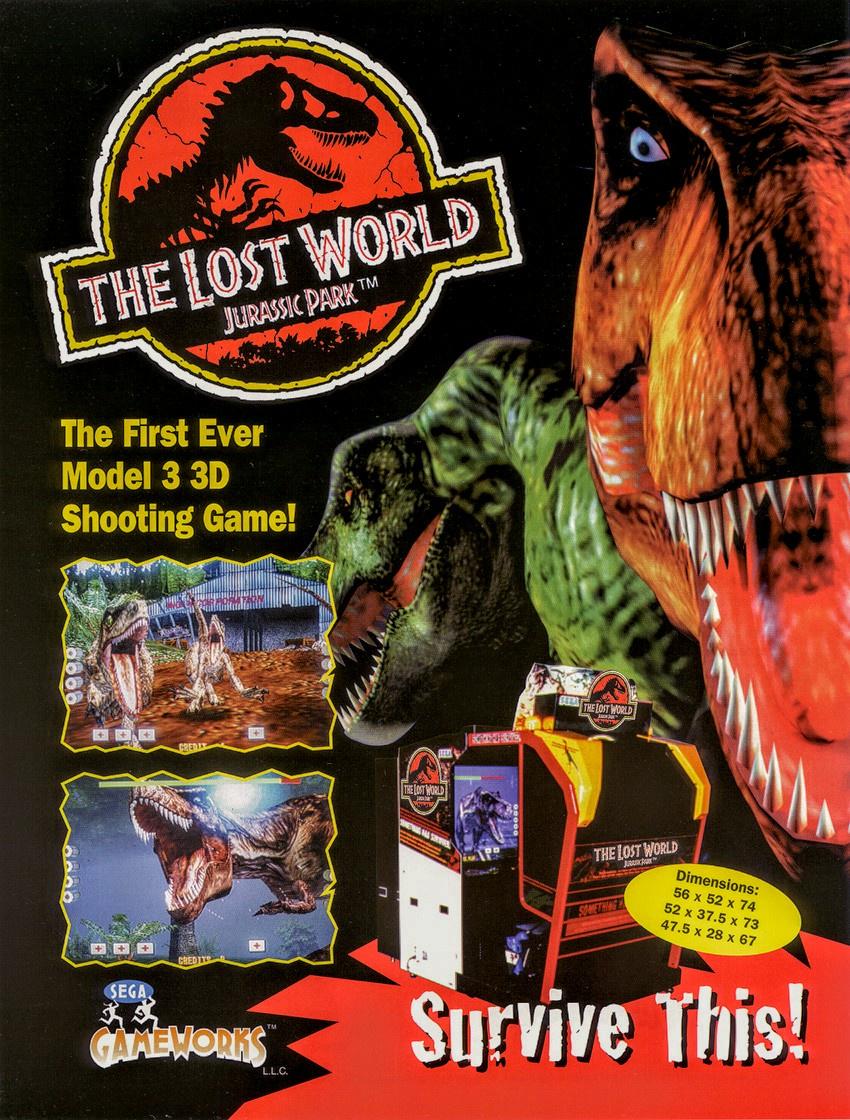 The Lost World: Jurassic Park is a light gun arcade game from Sega. It was released in 1997, and is based on the film of the same name. It is also a sequel to Sega's 1994 Jurassic Park arcade game. Development

The Lost World: Jurassic Park is based on director Steven Spielberg's 1997 film of the same name. Having developed the original Jurassic Park arcade game, Sega AM3, a division of Sega, became interested in making the game after hearing about the film. Additionally hoping that they could make use of Sega's new relationship with Spielberg's company DreamWorks (the two companies were partnered for the GameWorks chain of entertainment venues), producer Mie Kumagai presented her ideas to AM3 president Hisao Oguchi, who approved. AM3 began developing the game in early 1997, after receiving permission from Universal Studios. Shinichi Ogasawara was the game's director.

The development team wanted the sequel to have more tension. Sega AM3 utilized Sega's Model 3 arcade system board, as Model 2 was not advanced enough for certain features. Model 3 allowed the game to operate at 60 frames and 100,000 polygons per second. It was the first shooting game to use Model 3, which Sega AM3 had never used before. The development team had difficulty designing the game due to unfamiliarity with Model 3. The team also faced a tight deadline to get the game finished and released. 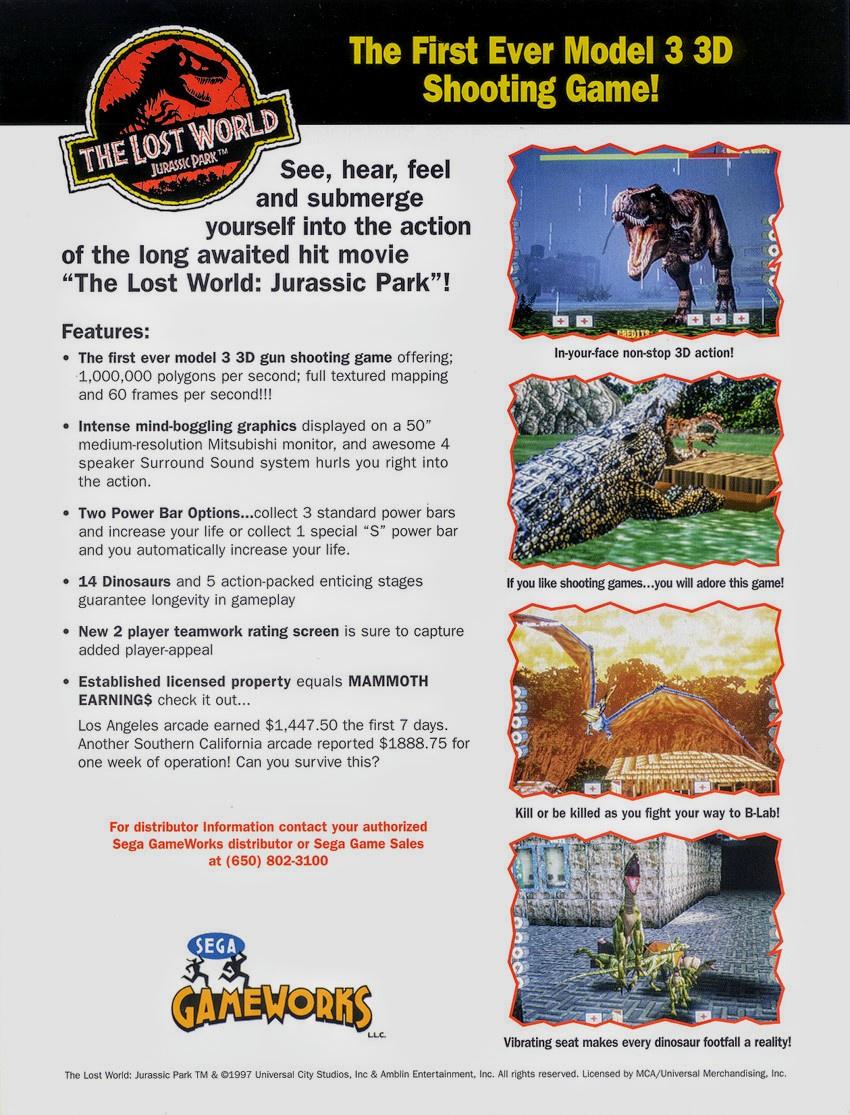 Early in development, the developers only had access to the film's original script. Action scenes from the script were added into the game. Approximately three months before the game's completion, various materials related to the film were sent to the development team, who then added extra elements to the game. The developers had little communication with the film's creators and instead worked mainly with the film's promotional crew.

Some of the development team members went to the United States to visit the film's sets, which inspired the level designs. The development team also planned to visit Industrial Light & Magic (ILM), but the company was too busy creating special effects for the film. Instead, the team visited Stan Winston and observed some of his full size velociraptors created for the film.

The developers considered adding a creature similar to the Loch Ness Monster, but later dropped the idea as it was decided it would have been awkward for the player to shoot. A Deinosuchus was used instead. The game's dinosaurs were designed from scratch by Sega AM3, as ILM's production sketches were unavailable. Velociraptor was among the most difficult dinosaurs to design due to its quick movements.

The development team also spent considerable time deciding how to make the game's main dinosaur, the Tyrannosaurus, appear frightening and impressive. The Carnotaurus, which appeared in the original script for the film, was implemented into the game, as the developers expected ILM to create the creature for use in the film. The developers initially planned to make the two-player mode different from the one-player mode, in regard to routes the players would take or the types of dinosaurs they would encounter. This idea was scrapped due to time constraints. 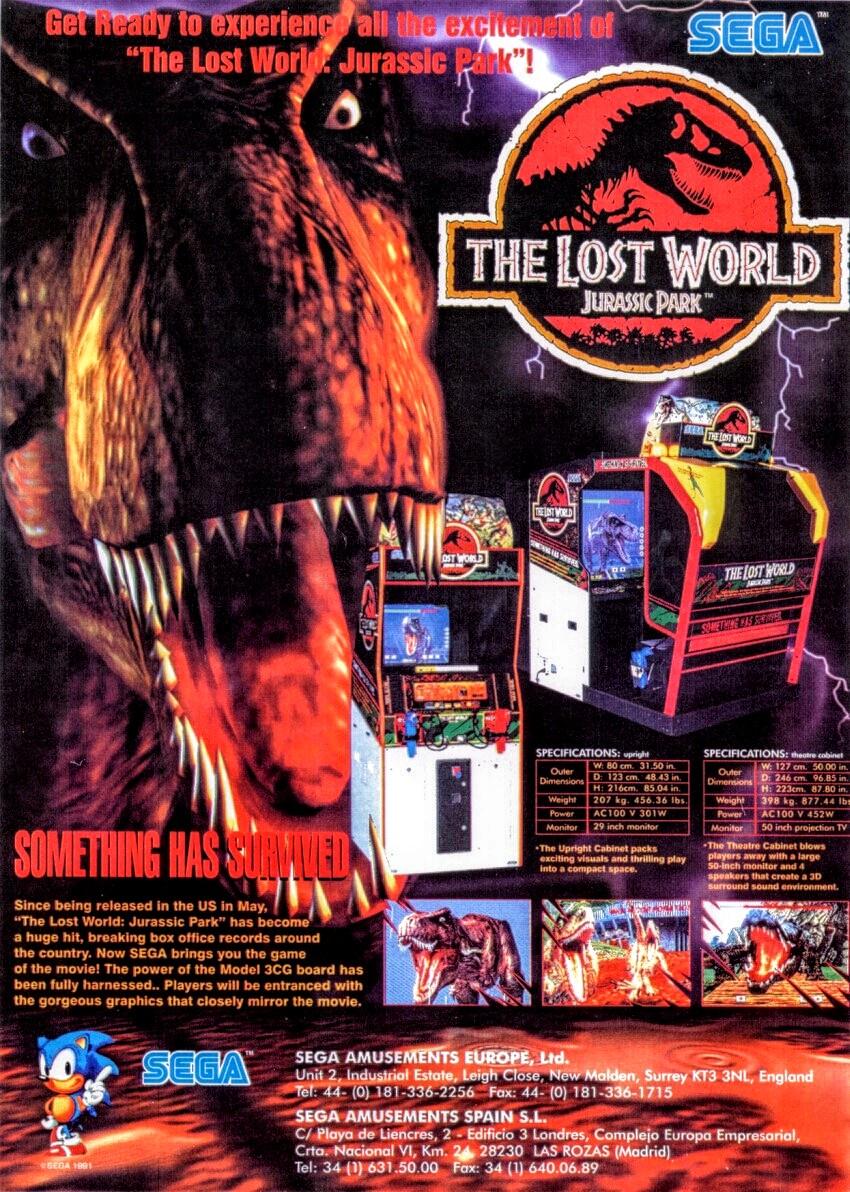 In January 1998, Sega AM3 said it would be impossible to port the game to the Sega Saturn, but expressed interest in a PC version. In January 1999, it was announced that the game would be converted and released for Sega's Dreamcast console. The Dreamcast version was to include larger levels than the arcade version. In August 1999, Sega AM3 was in the process of converting the game for release in Japan in January 2000, with a possible U.S. release in the spring of 2000. These plans were cancelled by January 2001.