Batman: The Movie - Video Game From The Late 80's 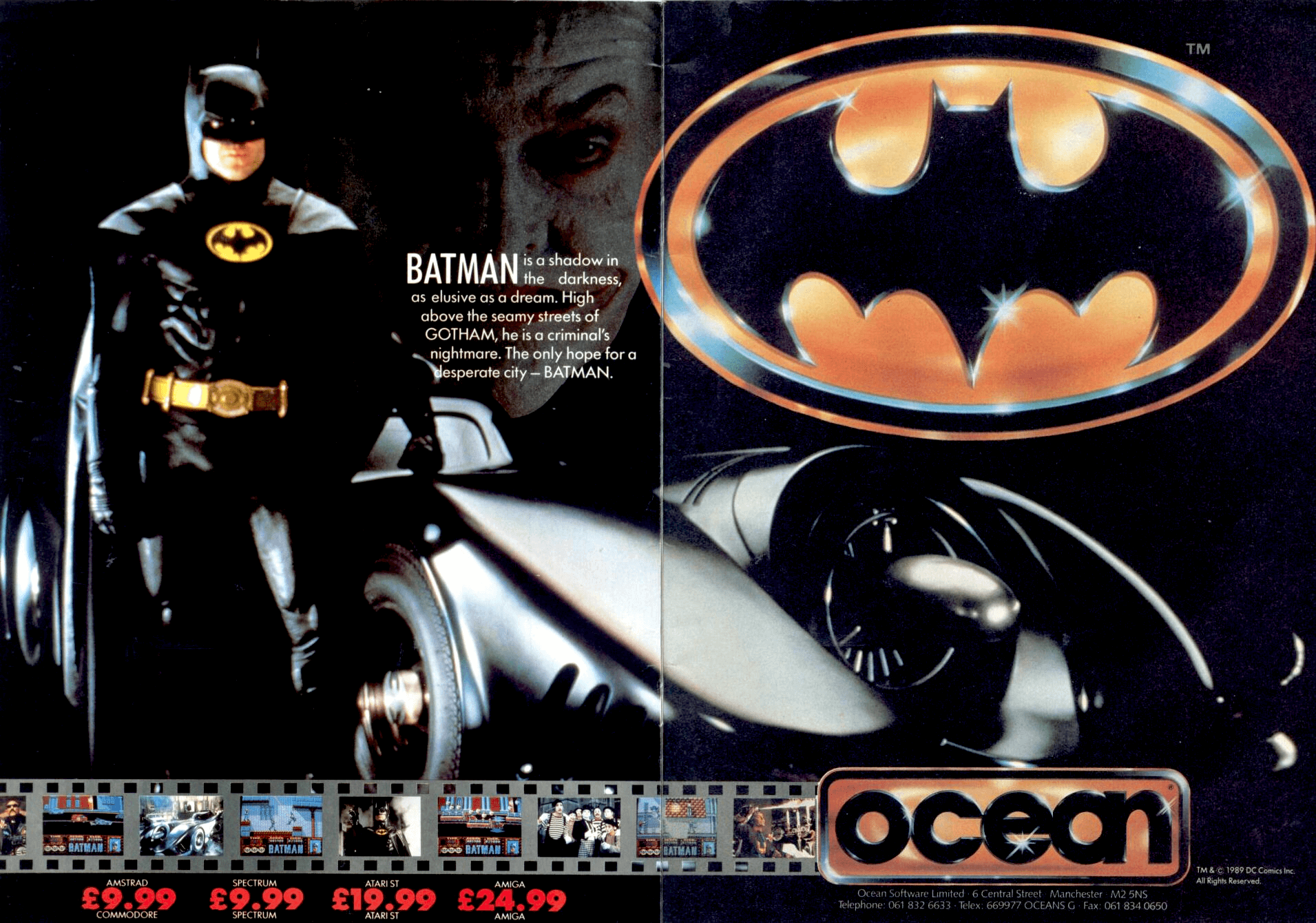 The game consists of five levels based on events from the movie. Each stage has a time limit and a health gauge (represented by Batman's face turning into the Joker's), with Batman losing a life if he runs out of either. The levels have varying gameplay:

In the first level, styled as side-scrolling gameplay, Batman fights his way through the Axis Chemical Plant to confront Jack Napier, knocking him into a vat of chemicals and turning him into the Joker. Batman can use his Batarangs and grapple gun to defeat enemies. The grapple gun can also be used to climb to higher platforms and swing across gaps.

In the second level, Batman drives his Batmobile across Gotham City, dodging traffic and using a grapple to turn corners at high speed. Missing three consecutive turns causes Batman to run into a police roadblock and costs the player one life, regardless of the timer and health gauge.

The third level is a Mastermind-like puzzle set in the Batcave, in which Batman must identify various components for Smilex, the deadly chemical that the Joker has laced into consumer products. The player must determine the three poisoned items from a group of eight; every incorrect guess carries a health penalty.

The fourth level takes place during the Joker's parade, in which Batman must fly the Batwing and cut away balloons filled with Smilex gas without hitting the balloons themselves or the floats to which they are tethered.

In the fifth and final level, styled similarly to the first, Batman climbs to the top of Gotham City Cathedral and must stop the Joker from escaping on a helicopter.

Release - Batman Pack
Commodore UK reached an agreement with Ocean Software to bundle the game with Amiga 500 computers. Between October 1989 and September 1990, A500 machines were sold in the United Kingdom in Batman-themed boxes containing the game and The NewZealand Story, as well as F/A-18 Interceptor and Deluxe Paint II, both contributed by Electronic Arts. With an initial commission of 10,000 units, a total of 186,000 were sold at the end of the run, making it the most successful Amiga bundle ever sold by Commodore.

The PC version was released in 1990 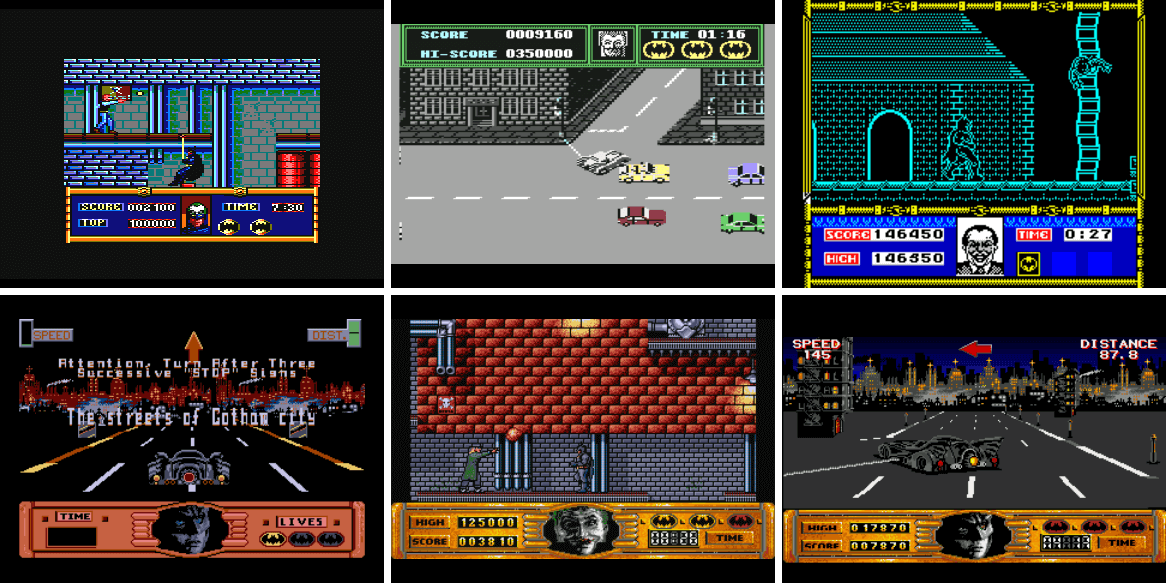 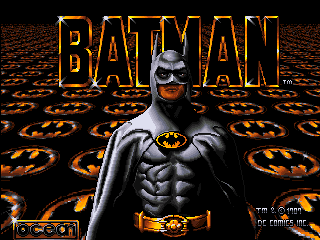 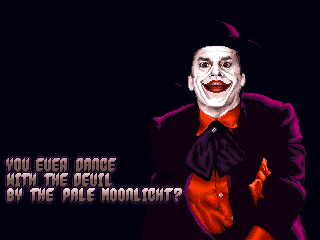 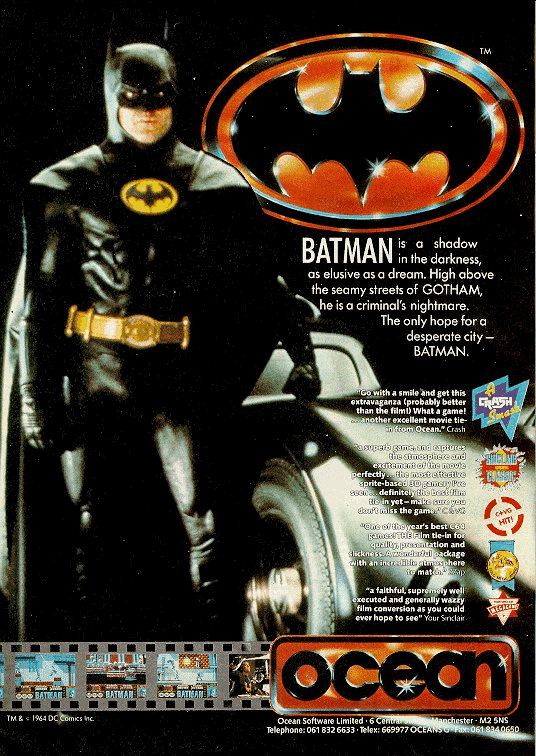 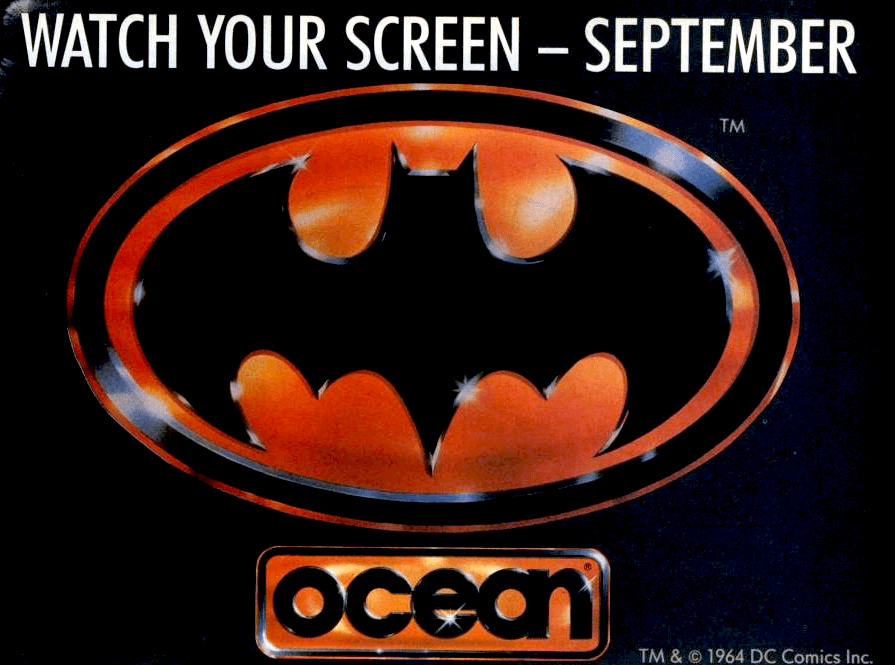