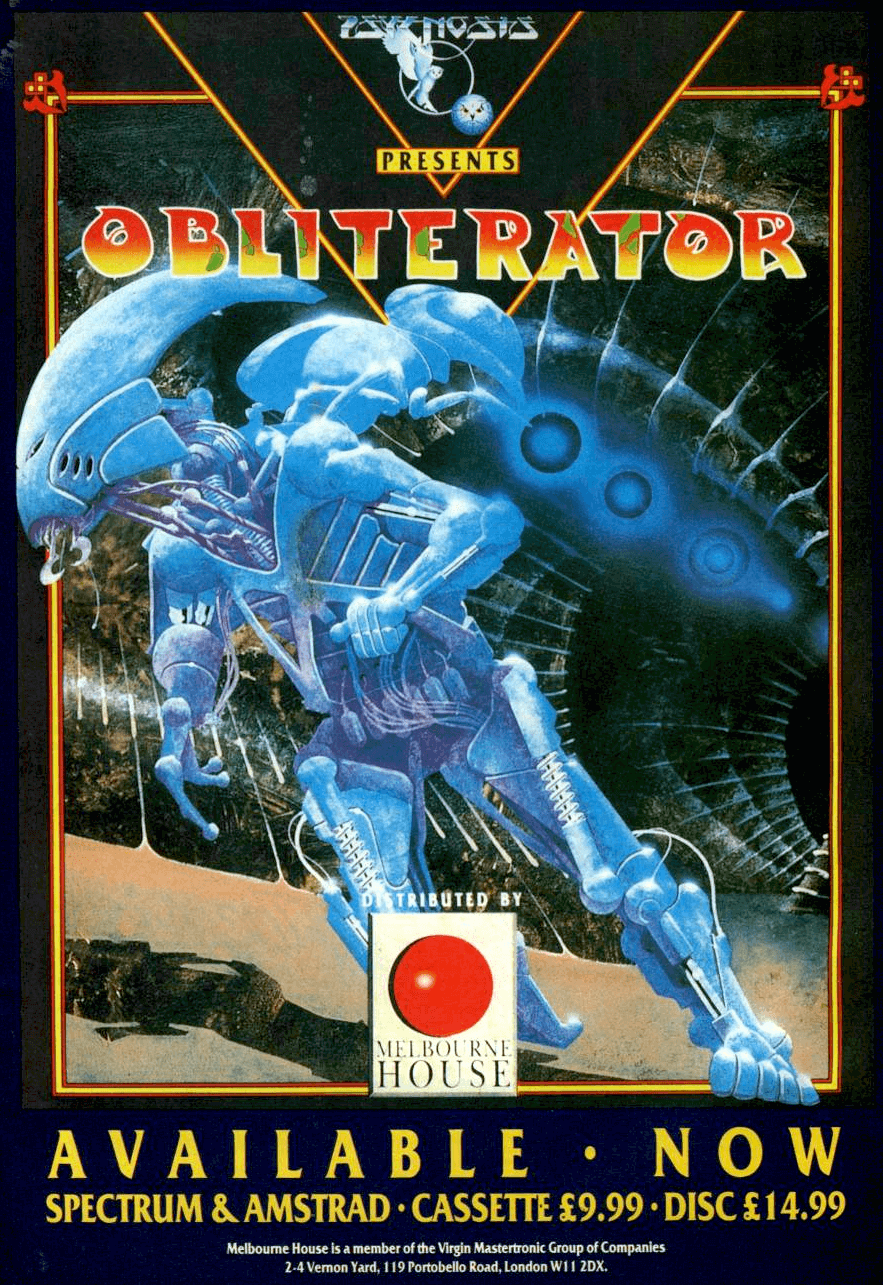 Description
You play Drak, the last of the Obliterators (genetically enhanced machines bio engineered for otherwise impossible missions.) Your mission is to save the Federation from an alien spacecraft.

Obliterator is an arcade style platform action game. The game screens are static (instead of scrolling, though you can optionally turn on scrolling transitions between screens.) and can be maze like at times with many locations to search. Armed with a variety of weapons, you have to board the alien spacecraft, disable its weapons, plasma drives and shields, then escape.

Cancelled C64 version
A C64 conversion was being developed through Lothlorien, by Chris Caress and Lee Cawley but was not completed before the company collapsed. Currently Lee has not traced any of the game; only the mock-up loading screen is known to still exist.

The version for Apple IIgs was never released despite being advertised 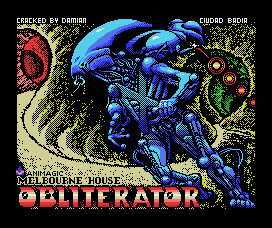 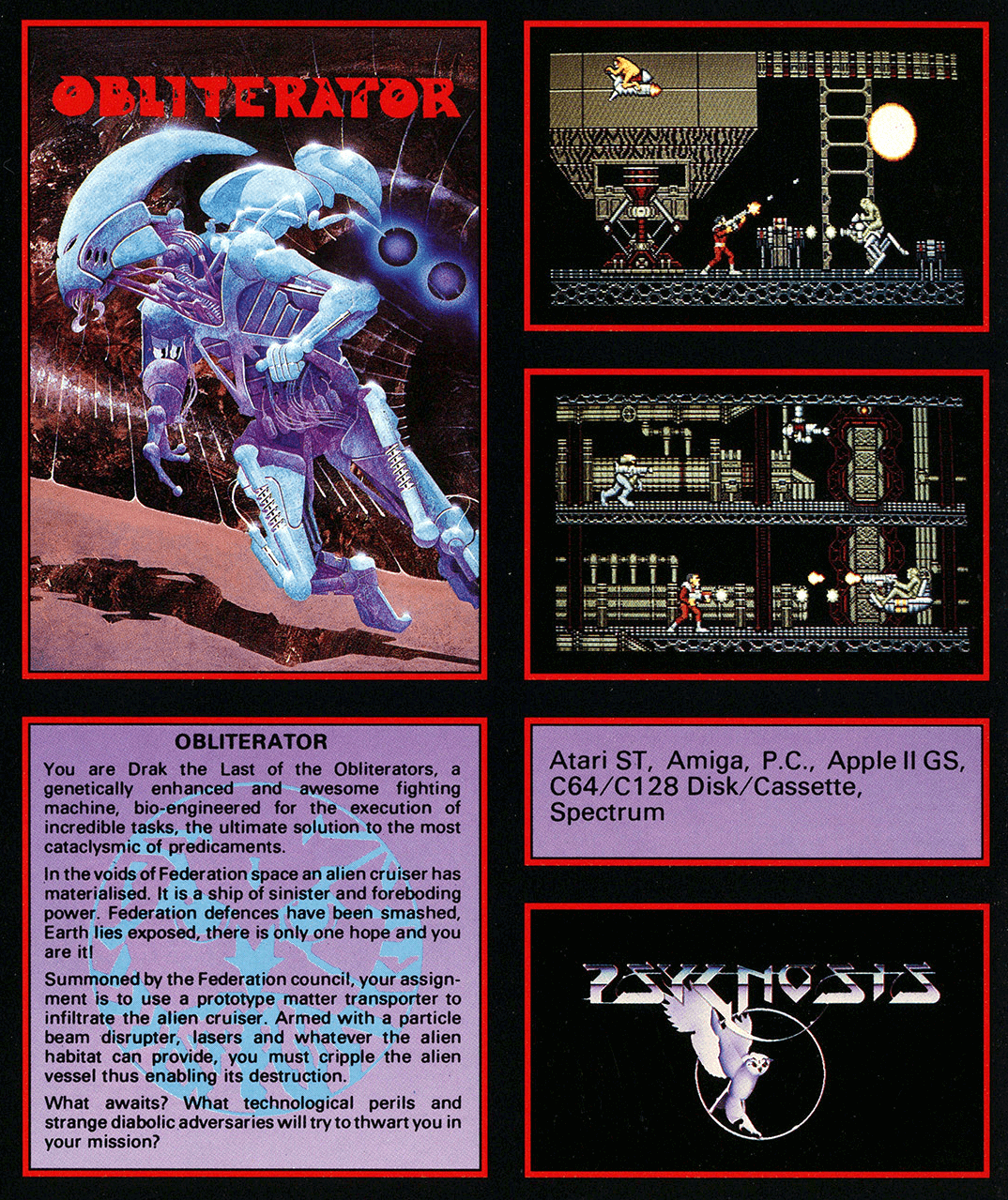