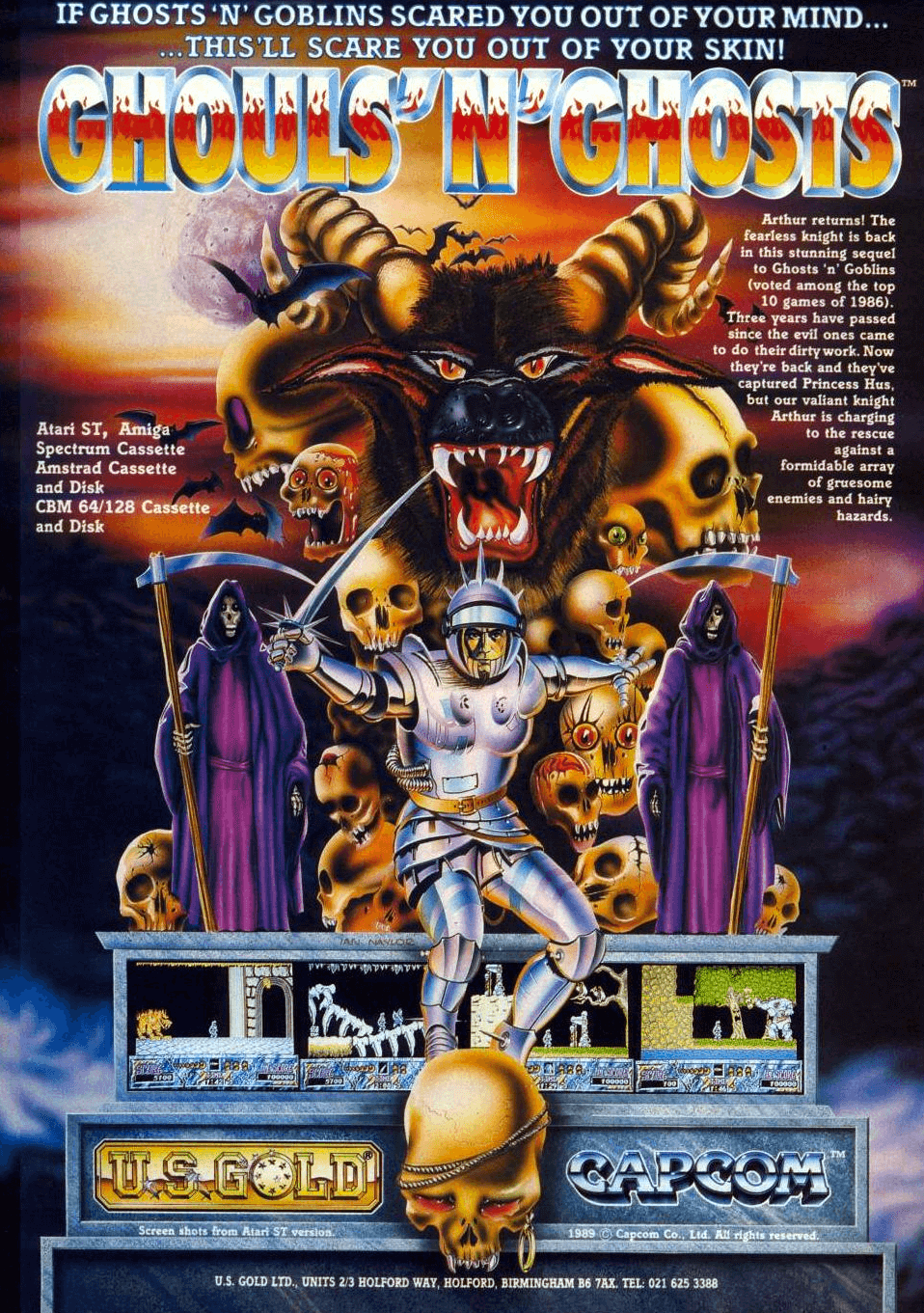 Description
Three years have passed since Arthur defeated the Demon King Astaroth and rescued his beloved Princess Prin-Prin (see Ghosts 'N Goblins). A new villain, the Great Demon King Lucifer (Loki in some versions) has become the new leader of Ghoul Realm. While returning from a journey, Arthur sees the Princess' castle and her village under attack by Lucifer's forces. While rushing towards her beloved knight, the Princess is struck by one of Lucifer's laser beams.

Now, Arthur must venture back to the Lucifer's palace and destroy the demon in order to rescue the Princess' soul and bring her back to life! And it won't matter whether he fights in his shining armor or in his underwear alone...the bravest Knight in the land isn't going to be stopped by some monsters! Although the game starts with graveyard and marsh territory familiar from the first game, later levels are set in a tower, a mass of skeletons, and a castle.

Players progress from left to right (from bottom to top in level 3), and have to hack down the aforementioned monsters with a sword. The journey includes ledges, ladders, lava pits and slippery slopes. Different weapons can be collected, by finding suits of armor inside chests. Each of the five stages has its own setting and a final boss.

Home versions
Ports of Ghouls 'n Ghosts were released in Europe in 1989 for the Amstrad CPC, Commodore Amiga, Atari ST, Commodore 64 and ZX Spectrum. These ports were all handled by Software Creations and all omit a great deal of detail from the arcade version even on very capable 32-Bit machines like the Amiga. 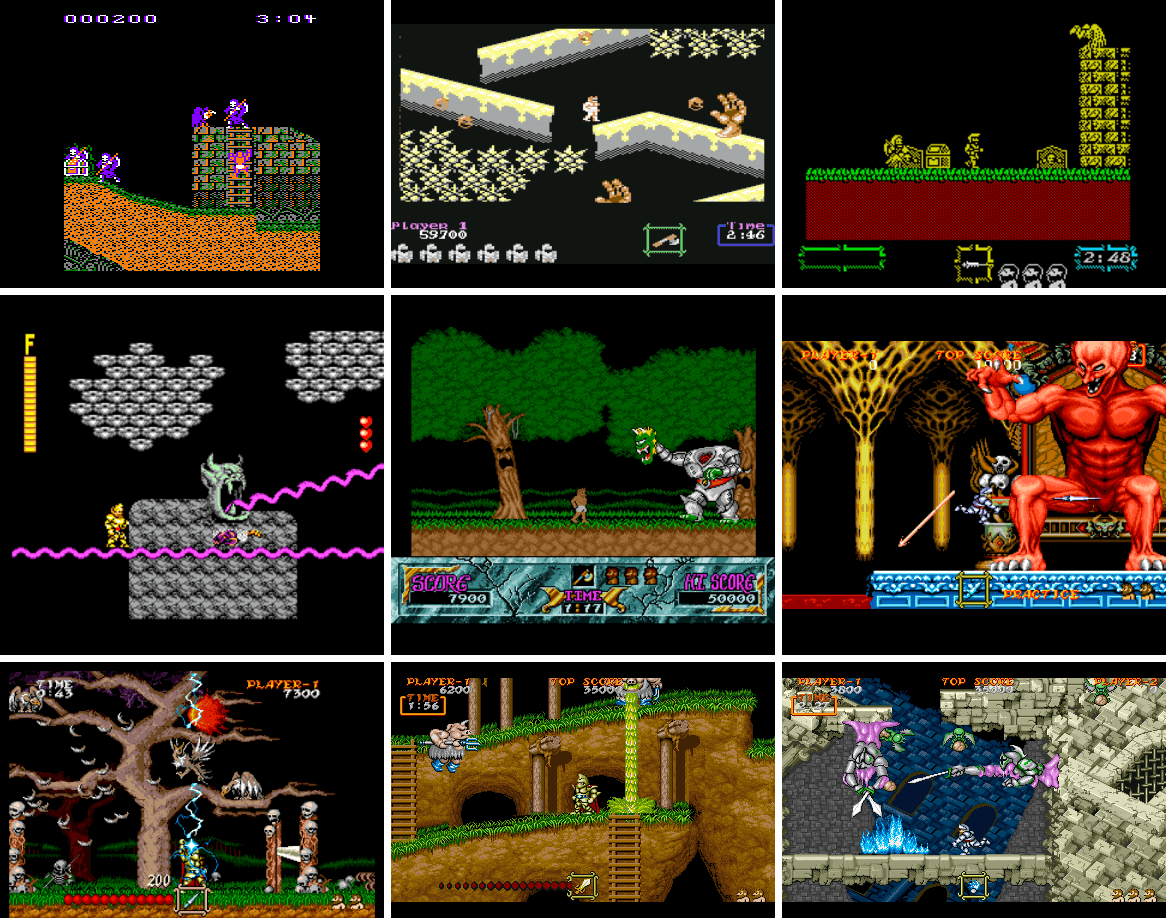 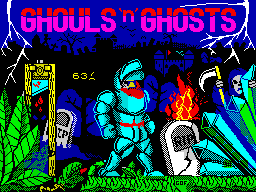 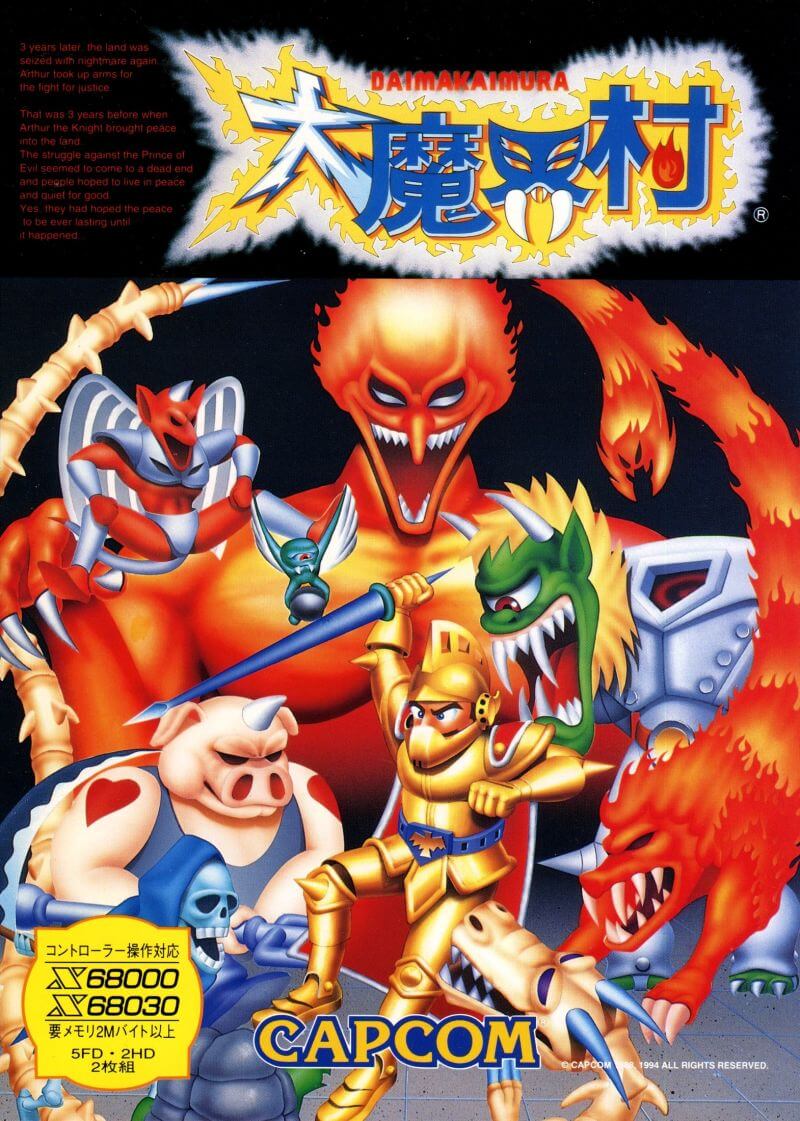 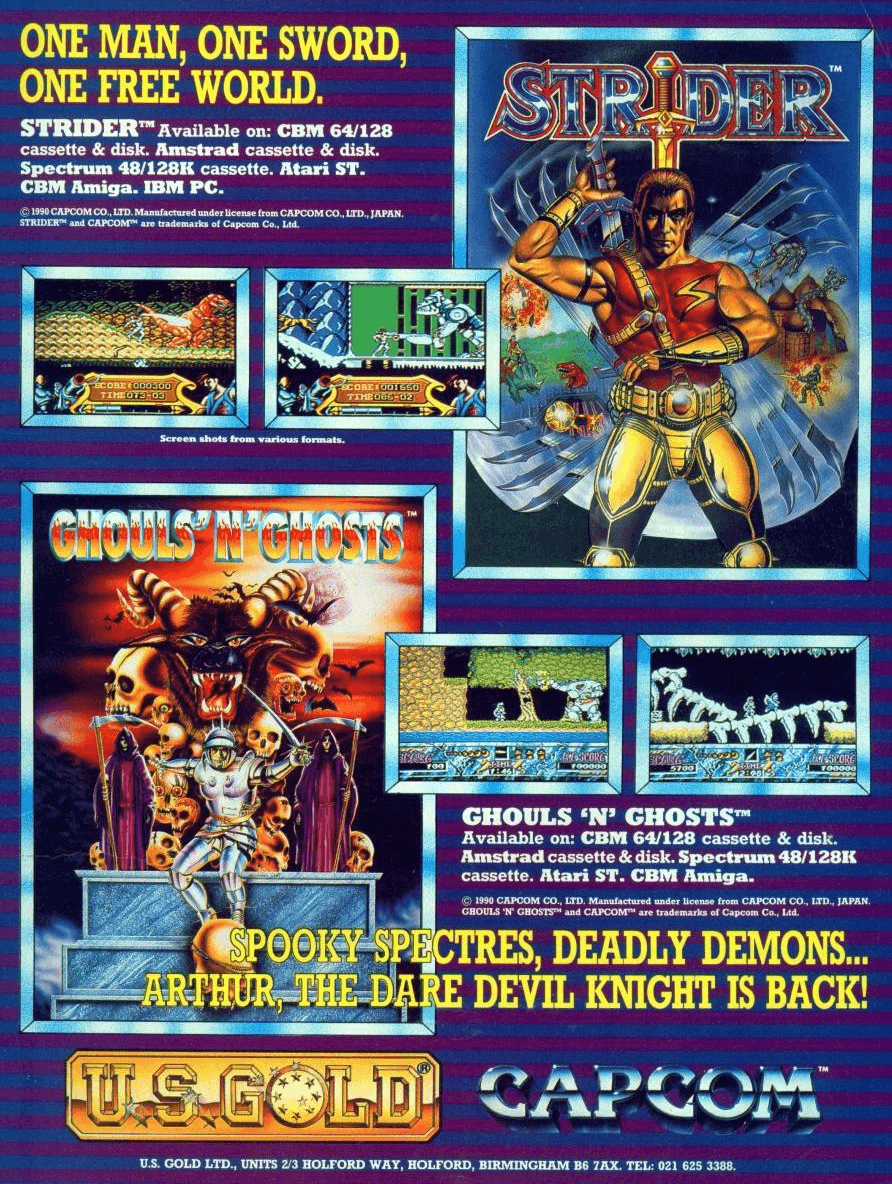