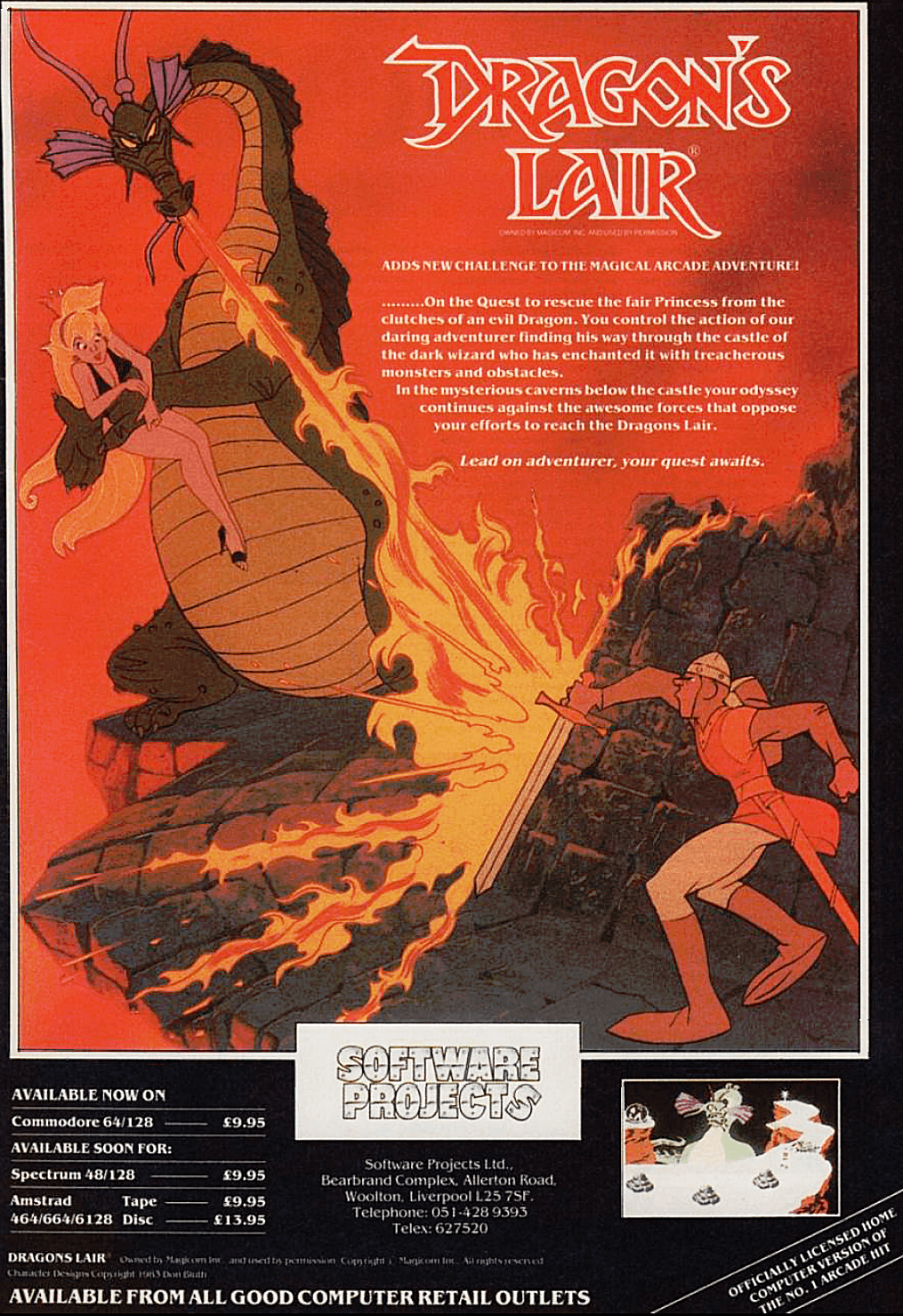 The first home conversion of the legendary Dragon's Lair laserdisc arcade game was originally released for the Coleco Adam home computer in the USA; UK-made ports released by Software Projects followed two years later. While mostly maintaining its trial-and-error gameplay concept, the computer versions adapt the original only loosely: the player controls Dirk the Daring on his quest to rescue Princess Daphne from the dragon Singe through nine distinct scenes:

The Falling Disk: Dirk must try staying on top of the disk that falls down to the dungeons. An Air Genie will try to blow him off, and he also has to jump off at the right moment to get onto a ramp leading to the next level.

Skull Hallway: Dirk must evade or fend off creatures like skeletons, slimes and bats emerging from passageways.

The Burning Ropes: Dirk must swing across chasms on ropes, being fast enough so the rising flames won't engulf him from behind.

The Weapons Room: Weapons and armor come to life and attack Dirk: he can only survive through well-timed sidesteps or weapon slashes.

Ramps and Giddy Goons: Dirk must jump from ramp to ramp quickly before they disappear behind him, and he also has to take out the goons standing in the way with his sword.

The Tentacle Room: Similar to scenes two and five, Dirk must again evade or kill creatures in a room, who emerge from the ceiling and floor.

The Second Disk: a reprise of the first scene, deeper in the dungeons.

The Deadly Checkerboard: A dangerous game against the Phantom Knight. The Knight can teleport around the board at will and will turn a line of squares in front of him into deadly traps. Dirk must get close to the Knight and strike him down with a series of sword hits.

Slaying the Dragon: The grand finale: Dirk must evade Singe's fiery breath long enough to get to a magic sword and then deliver the final blow. 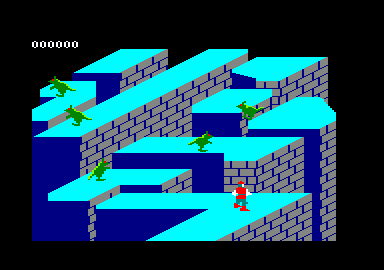 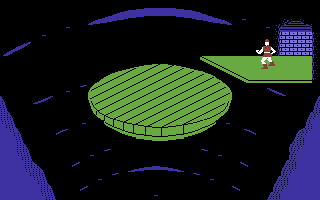 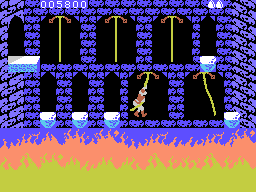