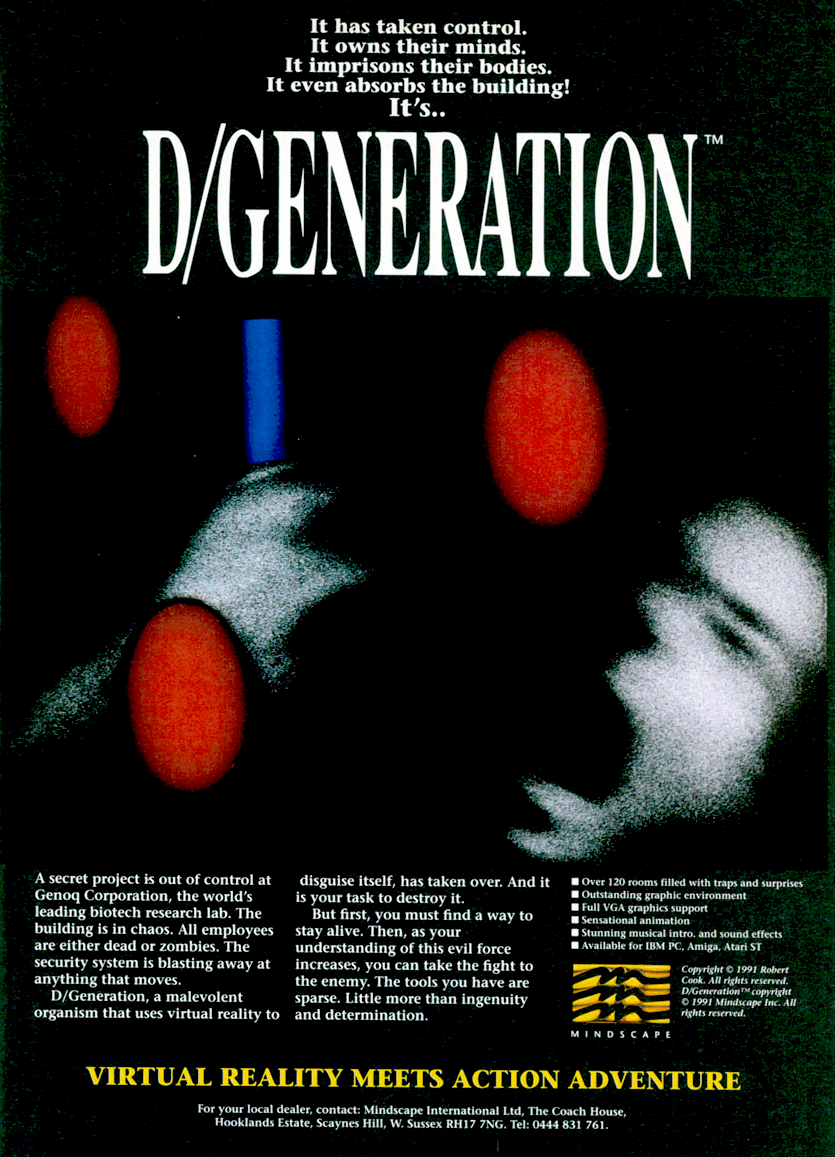 Description
Something has gone horribly wrong at Genoq Biolabs, Singapore. You're just a courier, sent to the building to deliver a package. Now you're trapped inside, the security system has gone crazy, genetically engineered organisms are on the rampage and things look like they could get even worse...

Make your way through 10 floors of isometric action and puzzles, trying to stay alive and discover what's going on. Talk to and rescue survivors, pick up armaments and log into computer terminals. What caused the Genoq disaster? What's inside the vital package you've got to deliver? What is the D/Generation? And what is really waiting for you on the top floor of the building?

Apple IIe
The game was originally developed on the Apple IIe and was named D-Generation. A preliminary version exists for that platform and is dated 1989.

According to the Prince of Persia [https://m.imgur.com/a/YfGNHS4] journals by Jordan Mechner, the game was completed in 1990 but the PC version from 1991 appears to be the first public release.

Lobby
In the lobby of the building (the first level), there will be decorations if the day is a holiday.

Version differences
There are three releases on Amiga. In 1992, the first version was in 32 colors. One year later the AGA & CD32 versions were released, both in 256 colors with better songs & music.

Mac/Windows/Xbox One
The Windows, Macintosh and Xbox One HD versions have additional features: high res graphics, new music, a new control menu, the ability to save anywhere and support for leaderboards and achievements.

PS4 and Switch
In 2018 it was ported to Nintendo Switch by West Coast Software with HD graphics. It was also ported to the Playstation 4. 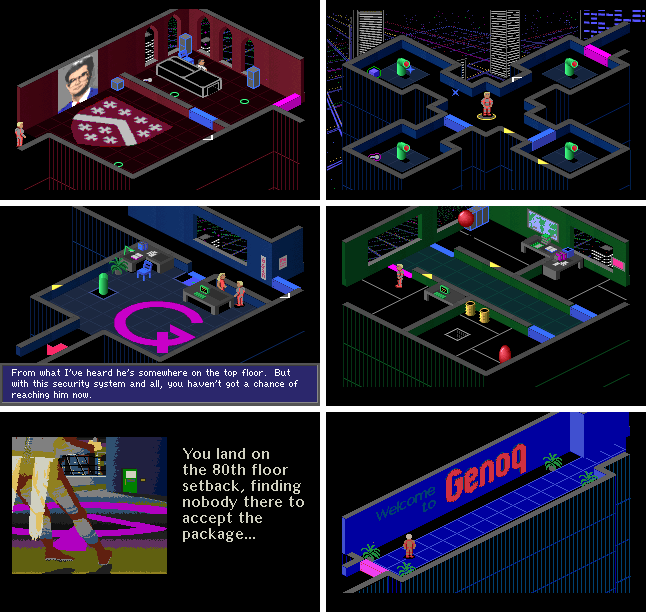