V: The Computer Game - Video Game From The Mid 80's 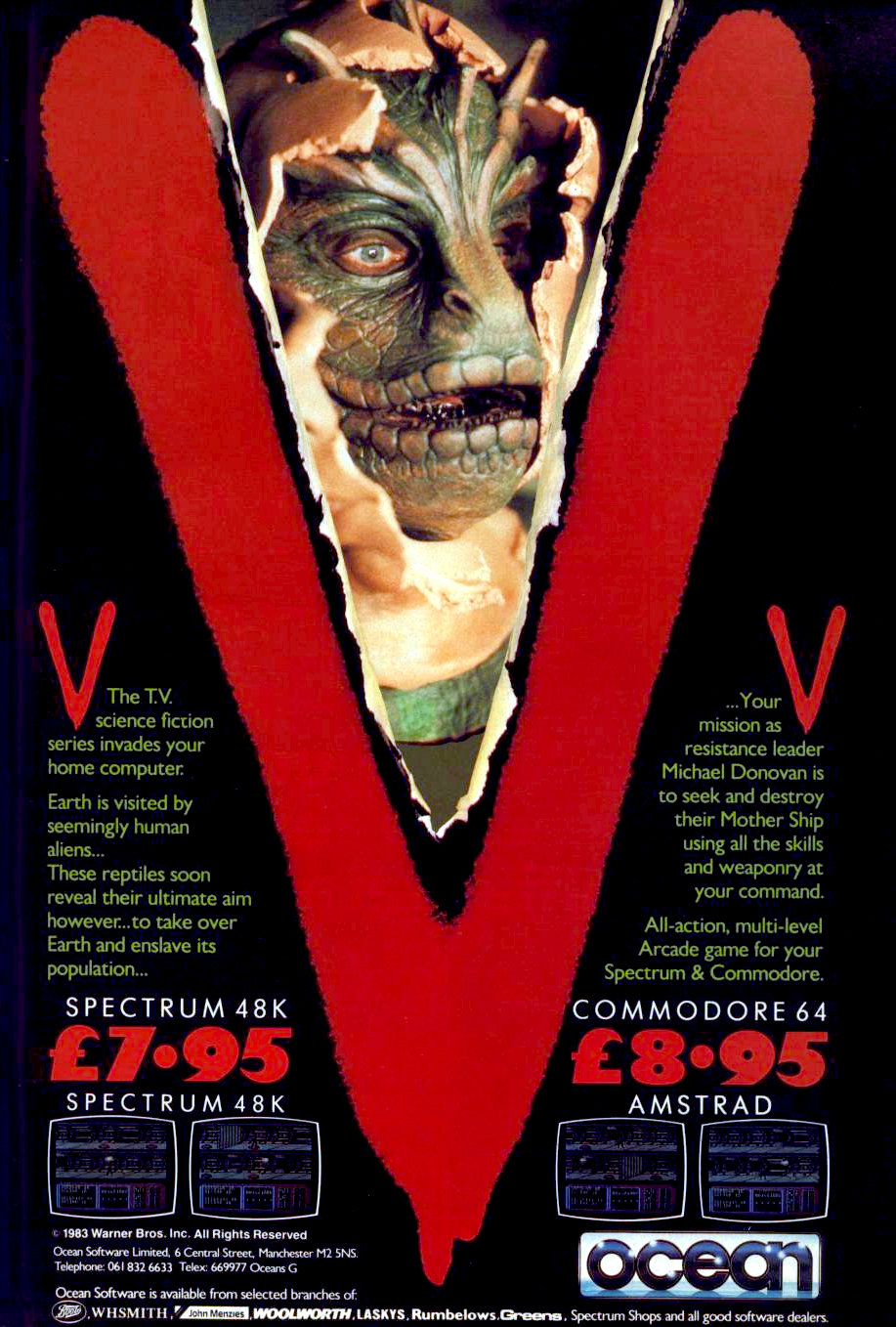 Description
There were two popular sci-fi television miniseries called V in 1983 and V: The Final Battle in 1984 which led to one season of a television weekly series also in 1984-1985. The plot involved an alien invasion of Earth by a reptilian race known as "The Visitors". In this game, you play as Mike Donovan, a resistance leader who enters the visitors' huge spaceship in order to blow up its reactor by setting explosives at key points.

The aliens will try to stop you as will surveillance, cleaner, maintenance, and security robots. If you touch any robots or are shot by them, a static charge will cause your hearbeat to increase. If this happens several times you have to rest or it could kill you. In 8 different laboratories you will find formulas for Red Dust which is lethal to the aliens - releasing it into air purification plants will kill many of them and also slow the robots. You can use a laser or when its charge runs out, you can jump over or roll under enemies.

The gamescreen has three sections. The middle and upper are corridors you are going through and one above or below you. The bottom of the screen is a communiputer with various sections. One allows you to monitor the aliens' messages and to send messages of your own to confuse them; another shows your score and time remaining, and levels of health and laser power. There's a six-button menu: pause/quit, ship info, lay explosives, return to game, display secury code, and info on anti-Visitor red dust formula. Also, there's six number keys (the aliens count in base 6) which you need to type in security codes to unlock doors. You can also move between levels using teleport pads. Finding the key points in the ship is crucial before you set the explosives which will be on a timer so you have a chance to get out before they blow the ship up. 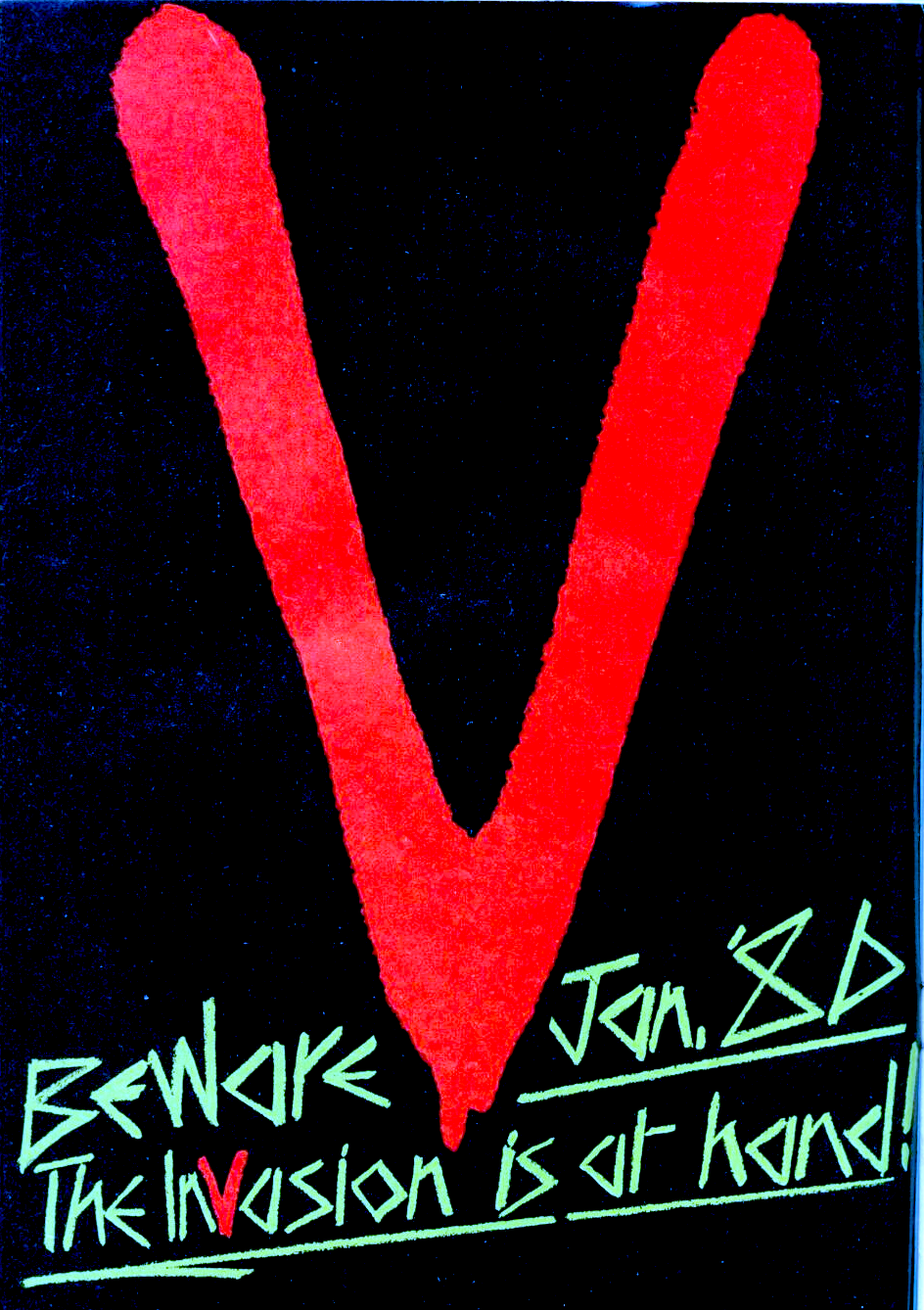