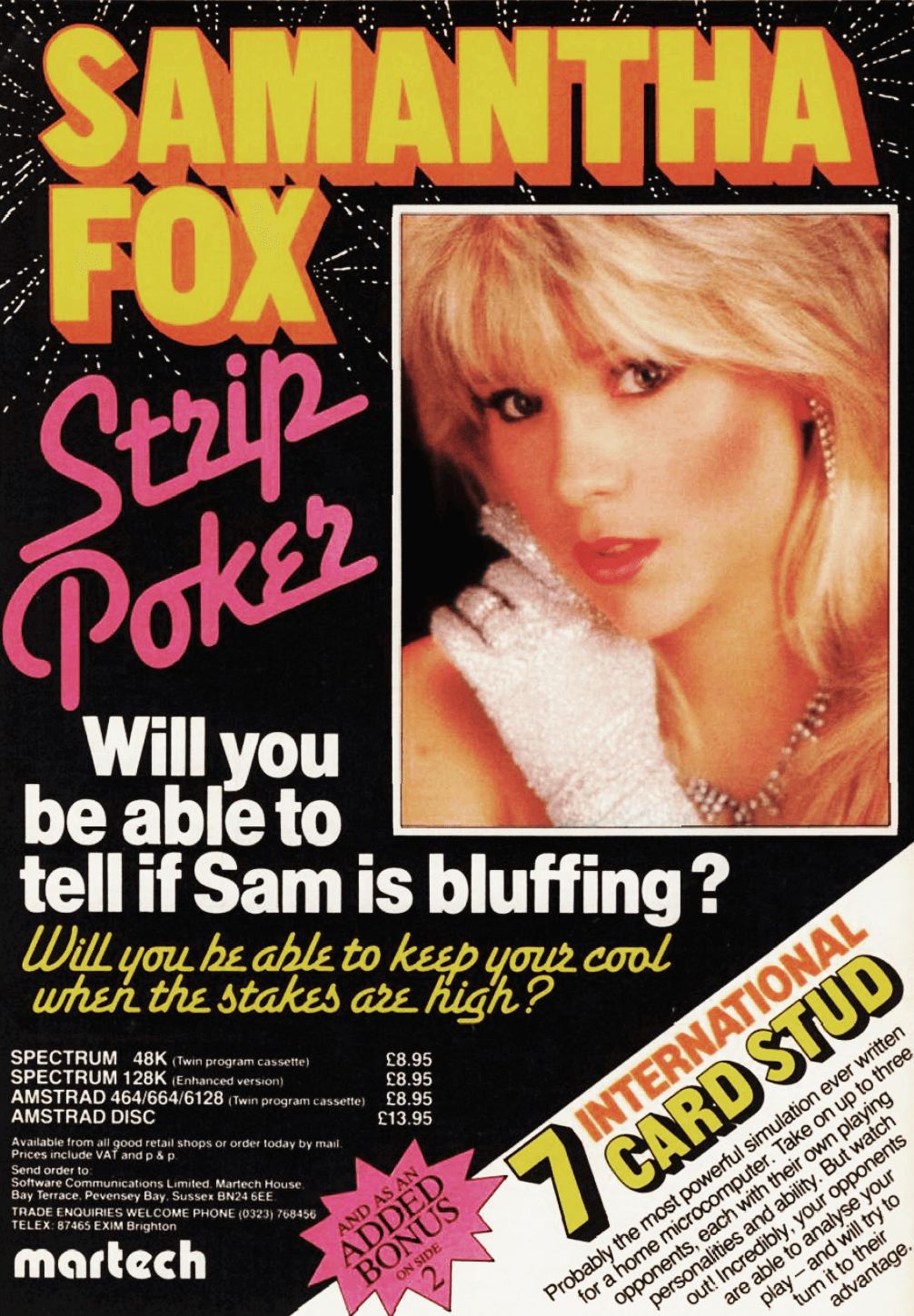 The video game was programmed by Wolfgang Smith, with the graphics edited by Malcolm Smith. The author of the music is Rob Hubbard , credited with the name John York. The music includes a cover of The Entertainer by Scott Joplin and The Stripper by David Rose.

Gameplay
The players plays 5-card or 7-card stud poker against British model and singer Samantha Fox. Beating her results in her taking off her clothes until she is topless.

Music
Although the music is credited to John York in the game, many years later C64 SID Legend Rob Hubbard admitted in an interview that he did it. 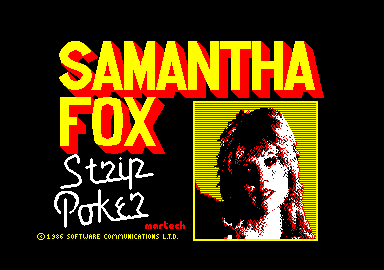 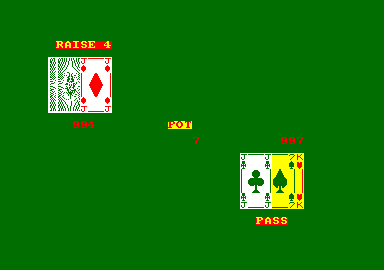 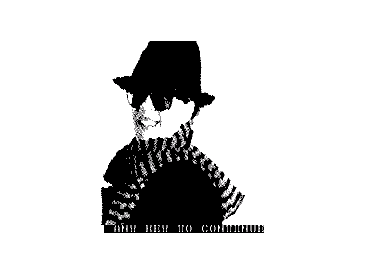