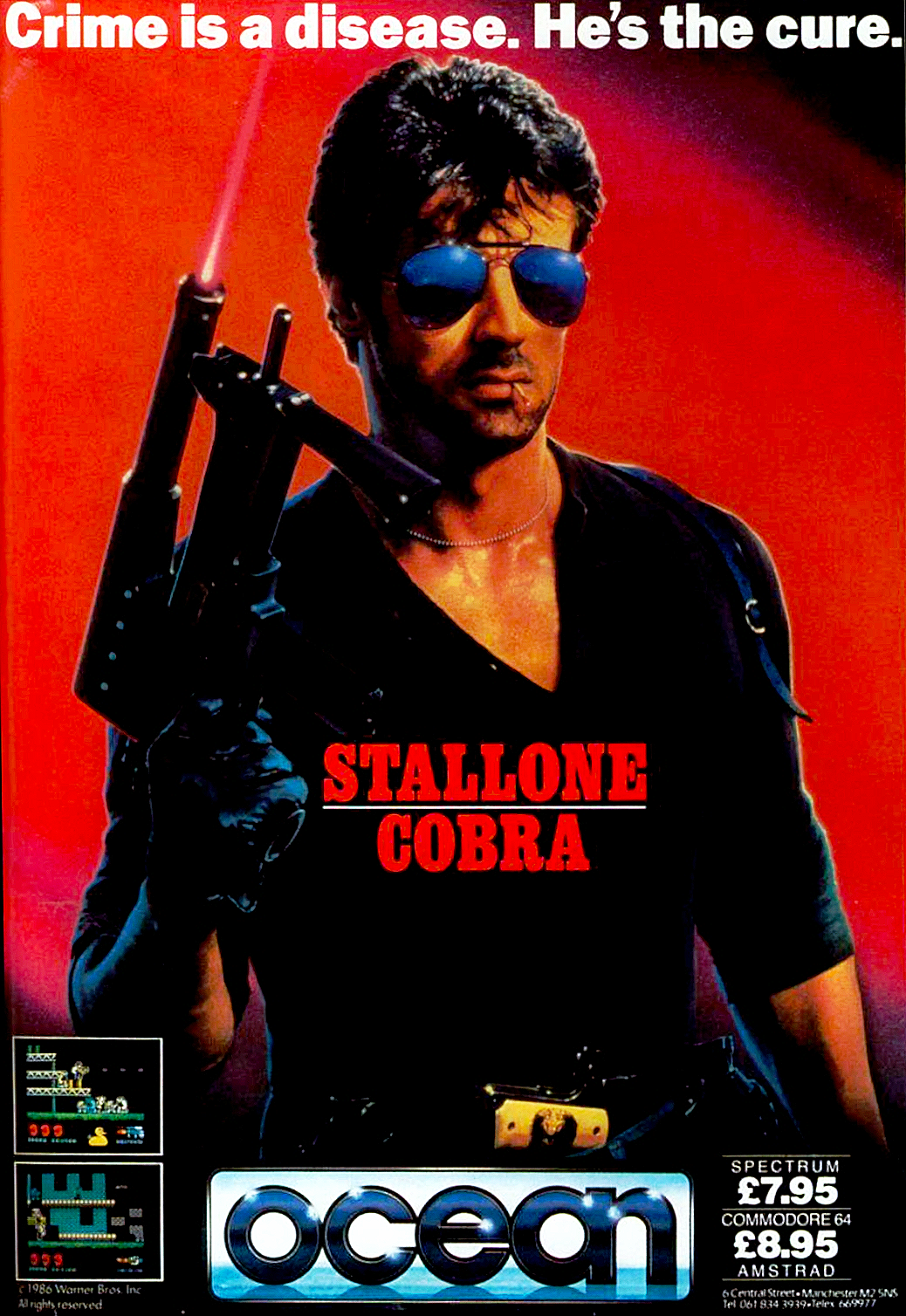 All eight stages actually take place on the same (very long) game map; only the starting location differs. In each level, the goal is to meet a kill quota: a certain number of enemies must be taken out to advance automatically to the next stage. Enemies come running along the street, hide in trash cans or shoot from windows, armed with throwing knives, machine guns or rocket launchers. Also present: dive-bombing ducks(!). Cobra can take a few hits before he loses a life; an extra one is awarded every 10.000 points.

At the start, Cobra is unarmed and must punch out the bad guys, but some enemies leave behind hamburgers that when picked up give one of three weapon power-ups: a machine gun, a pistol or a throwing knife, each with only limited energy, which can be refilled by collecting another hamburger.

Starting in level three, Ingrid will appear and Cobra must follow and protect her. She can't be harmed though, at least until level six, when the Night Slasher appears. Failing to protect Ingrid means the loss of a life.

C64 Cobra on the C64 adapts the 1986 Sylvester Stallone movie like its counterparts on other 8-bit systems. It is similar to the Spectrum version, but features unique level designs and gameplay mechanics.

The player controls ultra-tough cop Cobra who must make his way through three side-scrolling levels: the cityscape, a rural area and a factory. Hordes of goons will try to kill him where he stands and attack with throwing knives, axes, grenades and guns. At the beginning, Cobra is unarmed and can only evade or punch out his enemies, but he can pick up weapon icons to increase his damage potential. Available are knives, grenades, a pistol and a machine gun (guns and ammo have to be collected separately). Ammunition for all weapons is limited. Cobra can refill his health by picking up hamburgers.

Not all that moves has to be killed: sometimes, innocent civilians cross Cobra's path. Shooting them will cost him a life. In levels one and three, Cobra also has to find fashion model Ingrid, then lead her along to the level exit.

Spectrum This Green Beret-style arcade game follows the plot of the film starring Sylvester Stallone. As Stallone's Cobra character you must rescue Ingrid Knutsen before the Night Slasher gets to her. There are 3 levels of gameplay, set in a city, the countryside and a factory. All have multiple ledges and platforms to negotiate.

Cobra starts without a weapon, but he is tough enough to attack with a precisely timed head-butt, although this method of killing is risky, as it will kill Cobra if mistimed. Fortunately there are weapons to pick up along the way, by picking up hamburgers. The weapons include daggers, pistols and machine guns, but all are time-limited